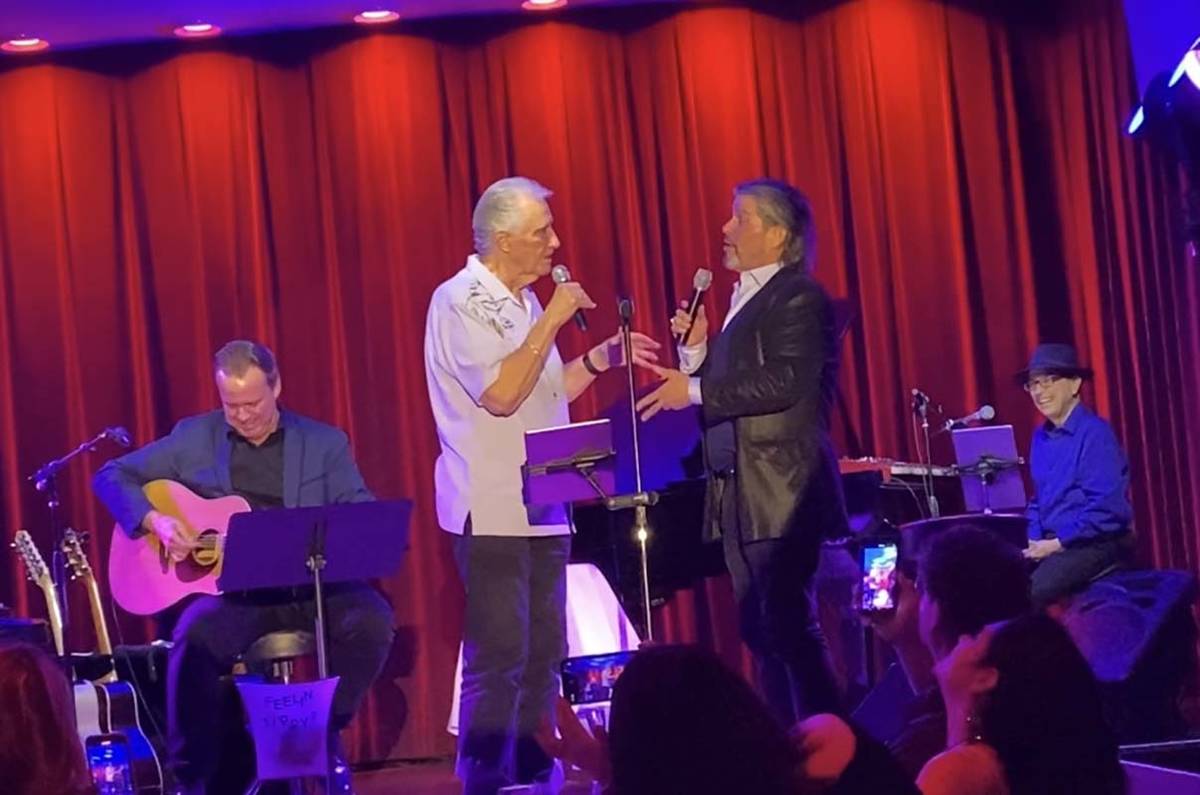 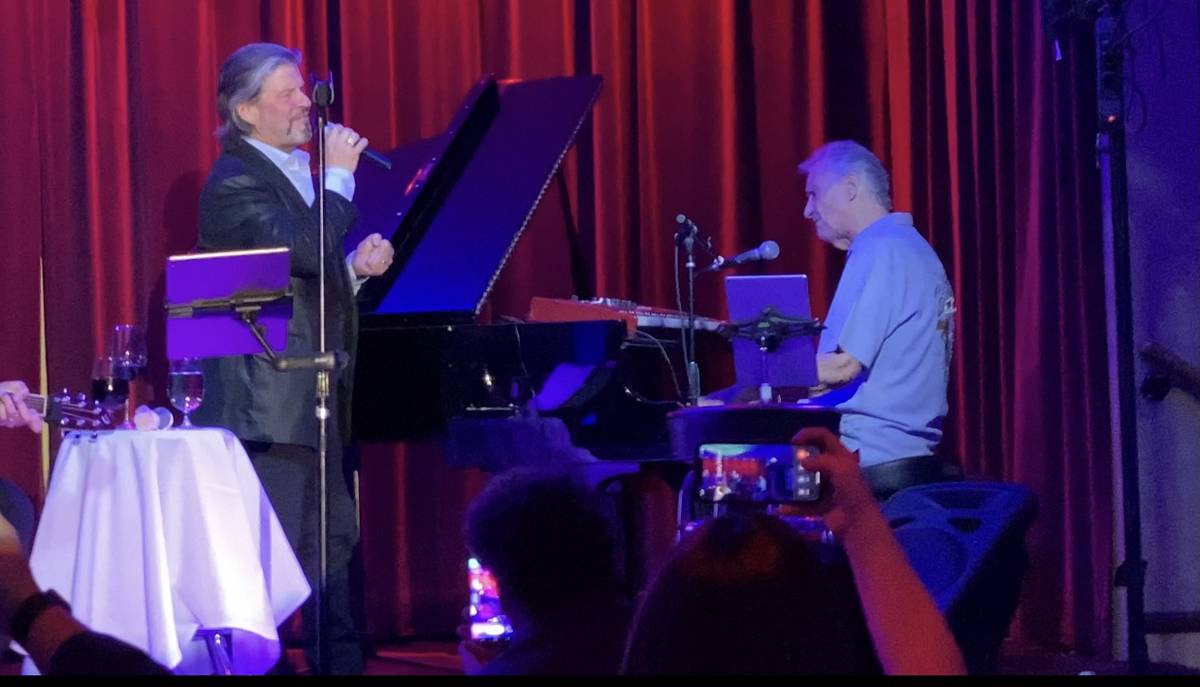 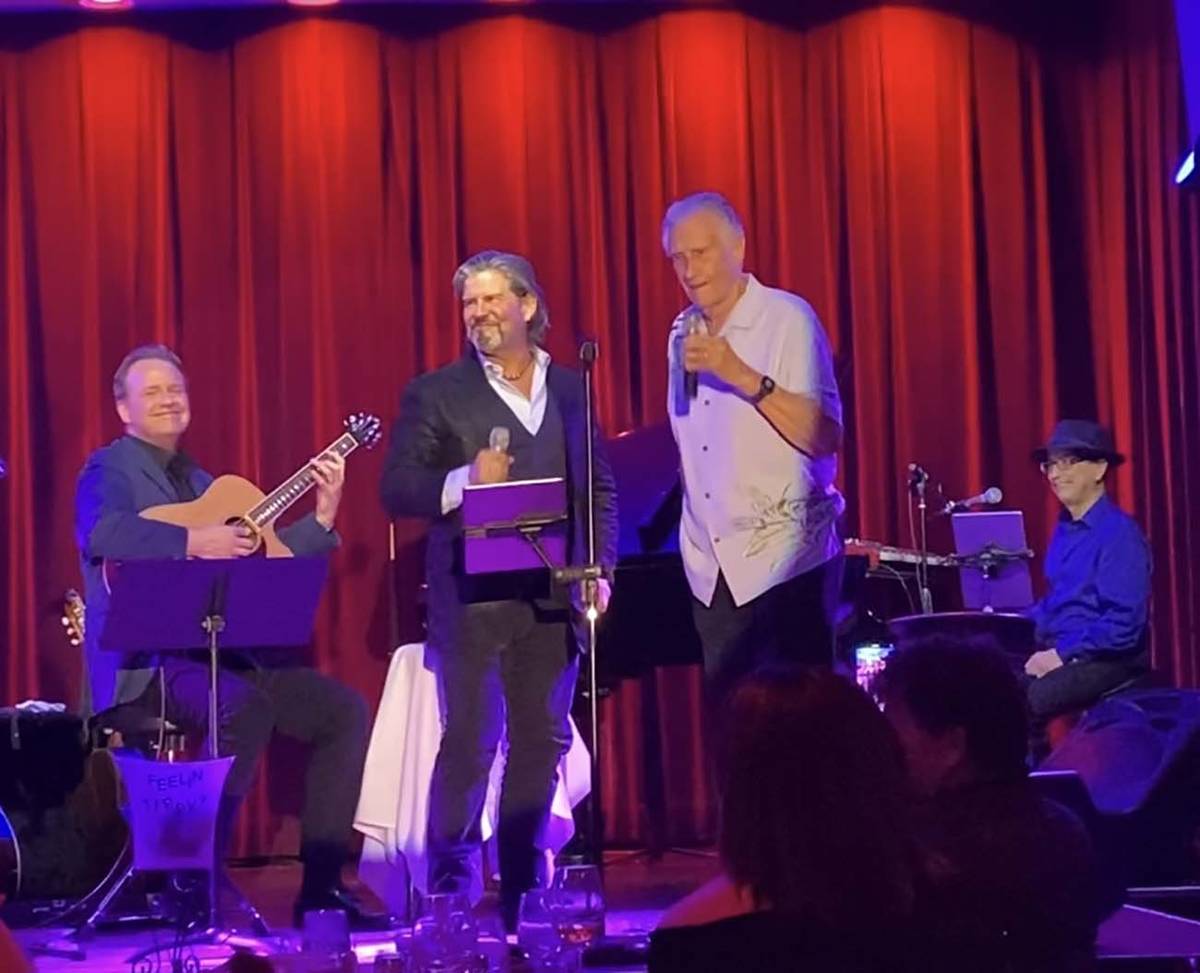 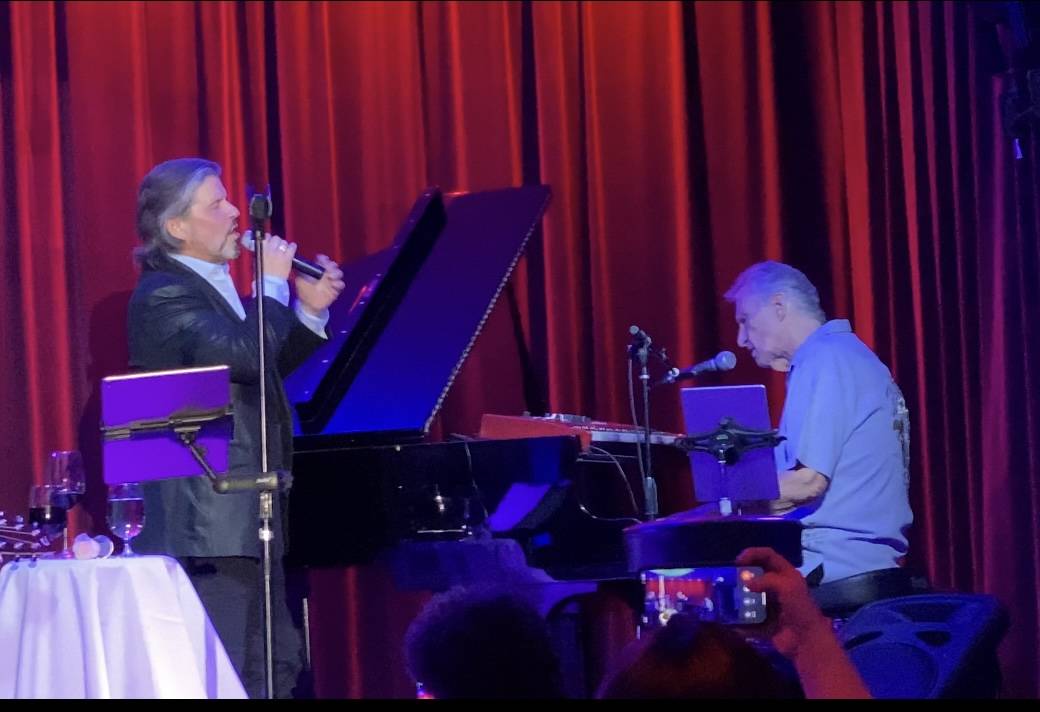 Bill Medley’s been saying it throughout the pandemic, “This not workin’ ain’t workin.’ ”

So Medley got back to work, mixed with a lotta play, at Italian American Club on Wednesday night.

The co-founder of the Righteous Brothers and a member of the Rock And Roll Hall of Fame took his partner Bucky Heard’s invitation to take the stage. This would be the first time the two sang in a paid performance in more than 14 months, as the act at Harrah’s Showroom has been dark and not returned during COVID. The duo had hosted a live-stream series out of The Space in September.

Answering his buddy’s call to the spotlight, Medley joined guitar master John Wedemeyer and keyboard great Joey Melotti (Barry Manilow’s bandleader at the Westgate), with about 100 diners in attendance in the IAC Showroom.

“You want to do ‘My Babe?’” Heard asked Medley onstage.

“Do I want to do your babe?” Medley responded. “What are you talking about?”

“You know what?” Heard laughed. “We’re that close!”

Medley also remarked to his stage mate, “You’re sweating. Why? You’ve got the job.”

The two sang “My Babe,” originally by bluesman Little Walter and covered by the Righteous Brothers in 1963. That Medley’s appearance was unplanned was evident when he took over for Melotti on piano, and called over to Wedemeyer the song, “This Will Be The Last Time.”

“Oh, geez,” said Wedemeyer, clearly surprised. The guitarist has played behind Medley on this gem at Harrah’s and also The Composers Showcase of Las Vegas.

The song is a recent Medley composition, heavy for a dinner crowd, with the crushing lyric, “This’ll be the last time, that I’ll ever, ever have the blues. I’ve got nothin’, nothin’ left to lose.”

The song is something of an anthem for the 80-year-old Medley, who lost his wife, Paula, in June. Just a month earlier, he underwent surgery to remove a cancerous growth from his throat, just inches from his legendary vocal chords.

The rock ‘n’ roll icon has been taking vocal lessons ever since, and was in powerful form at IAC, saying later he’d be ready for the Righteous Brothers’ return. That seems to be in October, after Donny Osmond’s first burst of shows in the room.

Medley took on “Rock Me, Baby,” the B.B. King classic, and Heard returned to “Unchained Melody.” The duo then dove into the Righteous Brothers anthem “You’ve Lost That Lovin’ Feelin,” to close it out, with Heard’s sky-high vocals offset by Medley’s famous baritone.

The ensuing standing-O was expected. Medley’s lengthy performance was not.

“I had no idea Bill was even going to sing at all,” Heard says. “I told him I would love him to, and that at some point during the show I would give him the ‘look’ and if he gave me the ‘look’ back I would know it’s cool to call him up. It was just magical.”

“I need more of that,” Medley said in the middle of that scene. “The voice is a muscle. You have to use it. And there’s nothing better than being in front of a live crowd.”