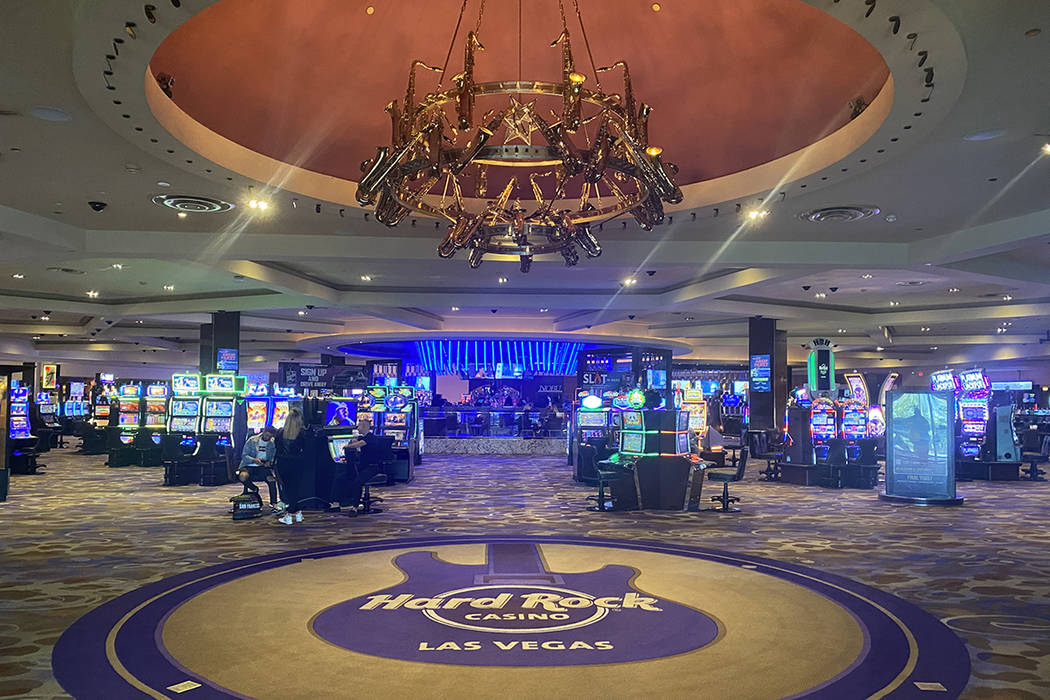 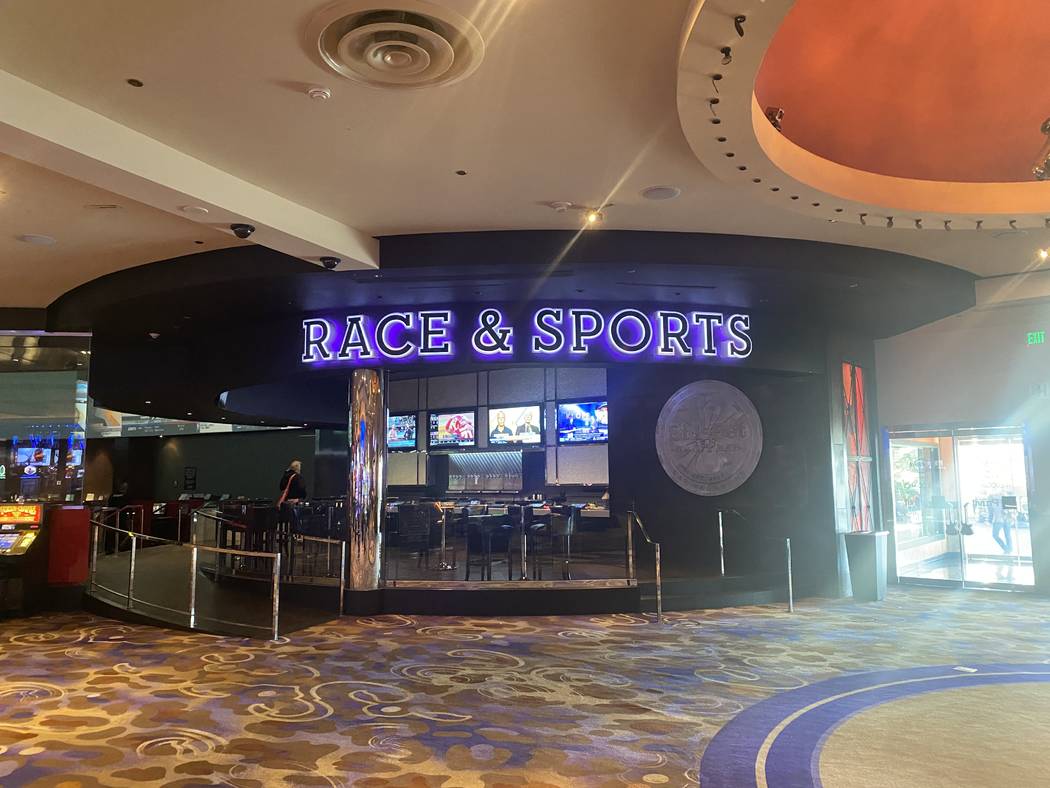 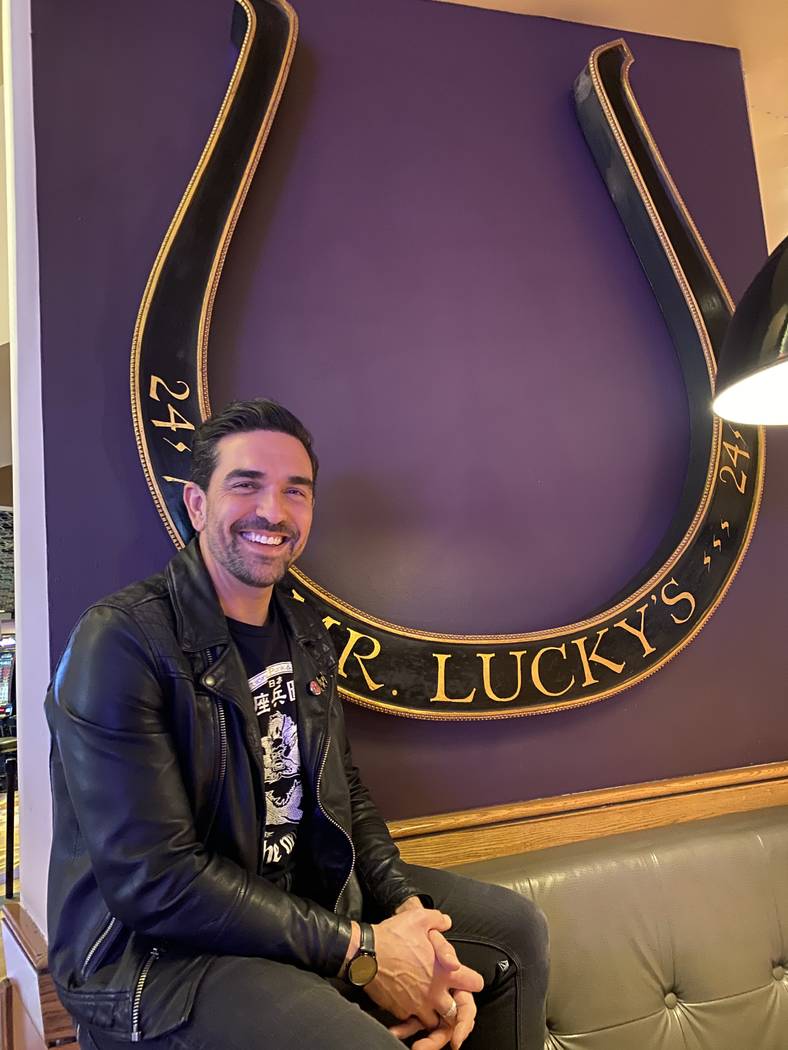 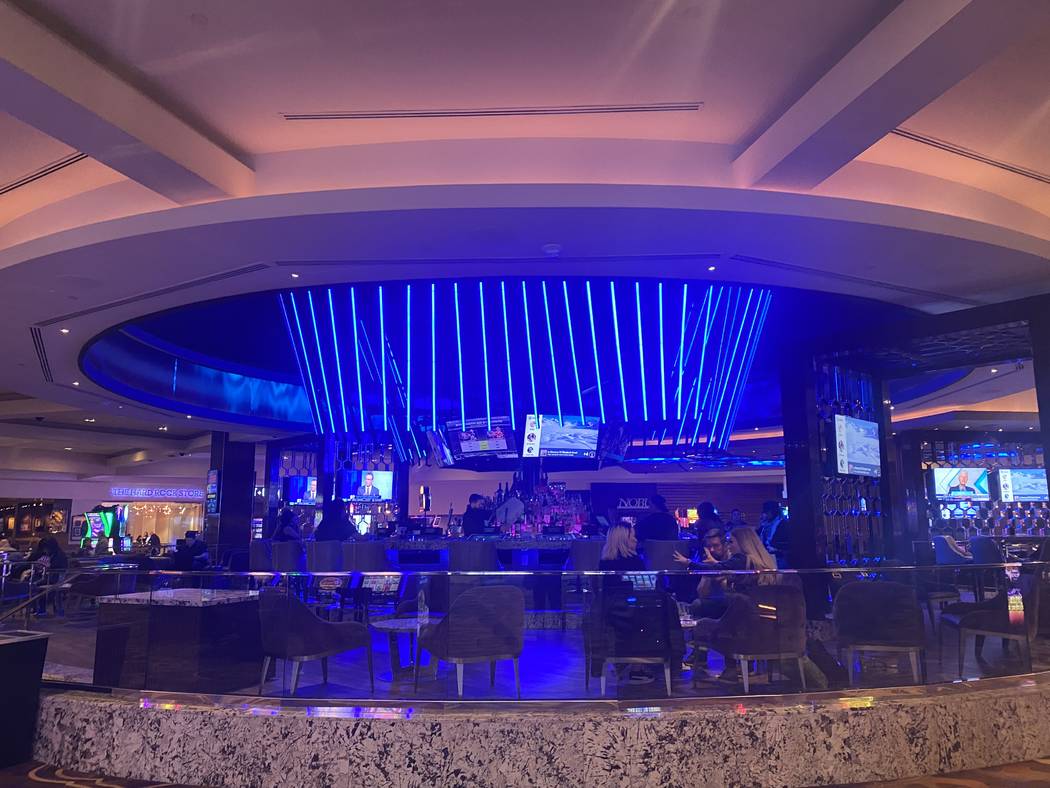 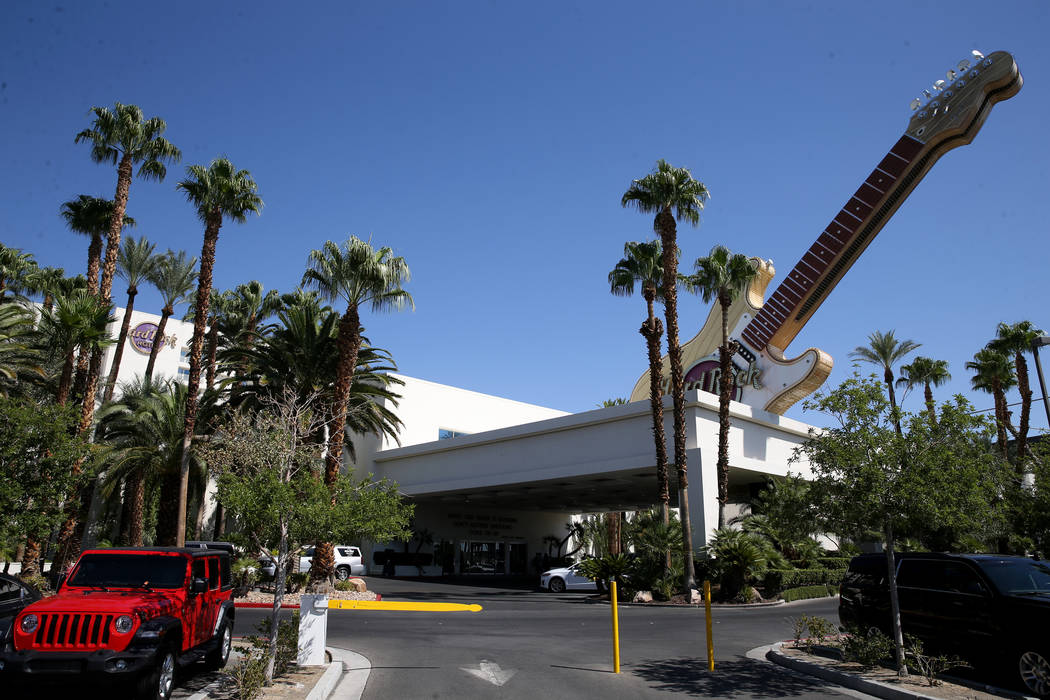 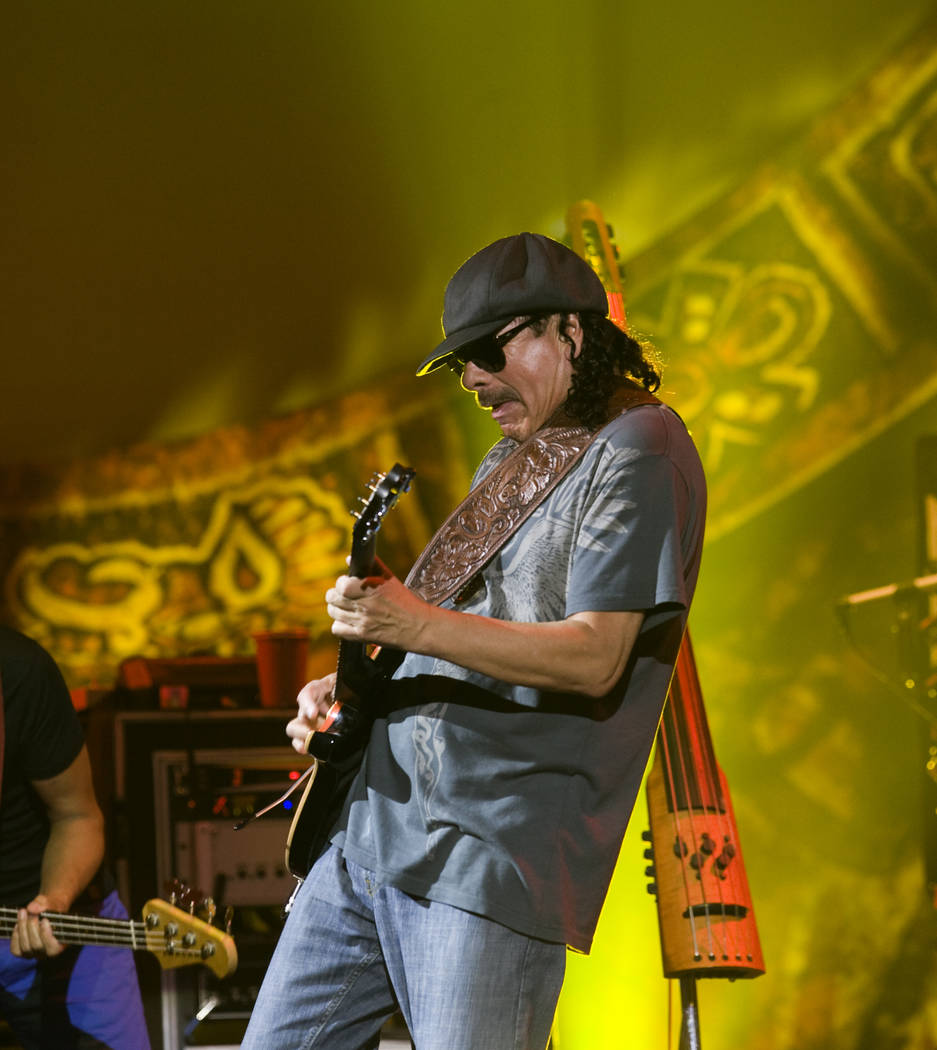 We called the place Judge Ito’s. It was the usual Thursday-night meeting spot in Hard Rock Hotel’s heyday.

That was not its real name. It was actually named Viva Las Vegas Lounge.

But back in 1996, my early Las Vegas friends and I called it Judge Ito’s. It was the bar off to the side of the casino. There was Center Bar, in the middle, and Viva Las Vegas, which most of the staff and customers referred to it as just the side bar.

Side bar, of course, also brought to mind a courtroom. Courtroom led us to Judge Lance Ito of the O.J. Simpson criminal trial, who at the time was routinely in the news. The name evolved, or maybe de-volved, to Judge Ito’s. The side bar was later pulled apart to build Wasted Space rock club. Today it’s the site of the hotel’s race and sports book.

But to me, it will always be Judge Ito’s.

Hard Rock Hotel boasts a lot of nostalgia, and I smile at the memories. The resort is closing Monday for its renovation to Virgin Hotels Las Vegas, and will be remembered as primary party enclave in Las Vegas the mid-to-late 1990s. I found it soon after moving to town, when our gang of rogues convened at Judge Ito’s to swilling cocktails and shout to be heard over Led Zeppelin, AC/DC, The Clash and whatever else was descending from the hotel’s sound system.

Then it was off to the Drink & Eat Too, which was, oh, 500 feet from the Hard Rock entrance. But we ordered a hotel SUV anyway, because who wants to walk all that distance?

Drink & Eat Too on Thursdays meant the ’70s-fashioned Disco act Boogie Knights. Dennis Rodman and Carrot Top were onstage with dance band one night, with Ric Flair being mobbed on the dance floor; a friend actually lost his date to Rodman that night.

Then it was back to Hard Rock, where we encountered celebrities of all variety. In one evening of rampant randomness, we ran into David Schwimmer of “Friends,” and NFL lineman Steve Emtman, both at the Center Bar. Gwen Stefani walked in, as if under a spotlight, after a No Doubt show at Thomas & Mack Center. Chris Robinson of Black Crowes, backed by dozens of gawkers, played blackjack after a show at the original Joint.

Many of these night didn’t end at night, but in the morning at Double Down Saloon. I seem to remember martinis infused with bacon and a shot named Ass Juice. Often we’d just flop at Hard Rock, like a scene out of “Swingers.” The saying, “My favorite memories are blackouts,” applies to Hard Rock Hotel.

It’s no coincidence that my last (or most recent, as we say) adult beverage was ordered at Judge Ito’s a long time ago. The man who served it, the esteemed bartender Ziggy Pawlowski, would one day run hotel’s entire F&B program.

Hard Rock was always a rock-concert environment, too many shows and events to count. Memorably, I first saw Pat Benatar at the original Joint and was thrown by how great she and Neil Giraldo were on stage. That was one of my first Vegas rock shows. A few years later a friend sent me to The Joint to see a young artist everyone was so excited about, name of John Mayer.

The Killers and Paul McCartney opening the new Joint on the same weekend. An embarrassment of riches, musically. I recall standing next to racing star Robby Gordon (of all people) as McCartney performed “Hey Jude” and a 40-minute encore that was longer than any Beatles concert.

I was also so, so lucky to be the crowd for an Imagine Dragons show at Vinyl, an invitation-only gig, then flying on Southwest Airlines to Atlanta for one of the company’s pop-up shows.

I met Carlos Santana at Hard Rock Hotel, at the announcement of his residency at The Joint. I looked at his feet and said, “I love your shoes.” I recall them being Converse All-Stars, not from his own shoe line. Even today, that’s usually how I say hello to the guitar great.

I attended a dinner and acoustic set with Cheap Trick at Kerry Simon Kitchen & Bar, talked champagne and charity with Roger Daltrey, and met The Knack before a beach concert at Rehab, all at Hard Rock Hotel.

Over the decades, resorts chipped away at Hard Rock’s dominance as the place to be seen in Las Vegas. I recall House of Blues arriving and stripping some of that vibe, especially as it plucked Santana for a residency that continues today. The Palms became the next bright-shiny object in 2001, giving way to The Cosmopolitan of Las Vegas. When that hotel opened in December 2010, a friend texted from Hard Rock that you could actually fire a cannon across the casino and hit only a Mick Jagger memorabilia case.

That said, I’ll miss the golden era of Hard Rock, especially the boost of energy we felt entering the hotel and hanging with friends. One night, a buddy and were at Center Bar and looked up at the planet Earth, wrapped in a series of musical notes. We were told the notes were from The Beatles’ song “Across The Universe.”

I like to think of it that way, a sweet melody to be played for Hard Rock Hotel, an epicenter of energy that brought a lot of life to mine.