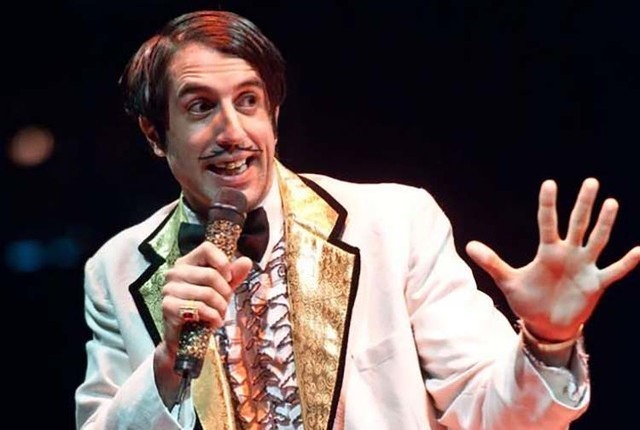 The Gazillionaire, the host of "Absinthe." (Courtesy) 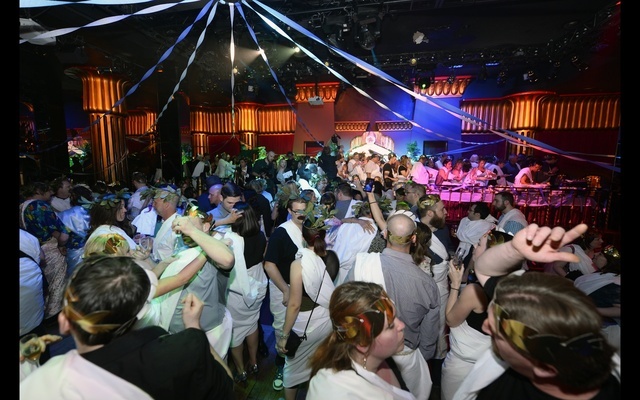 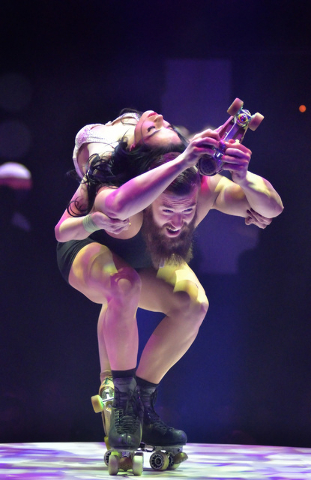 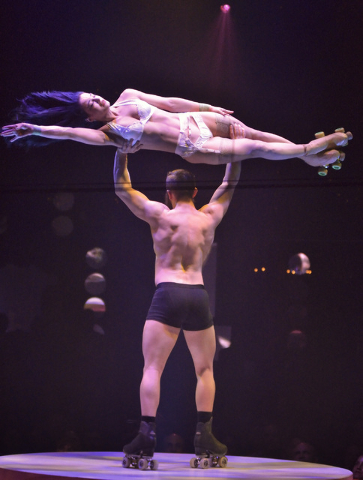 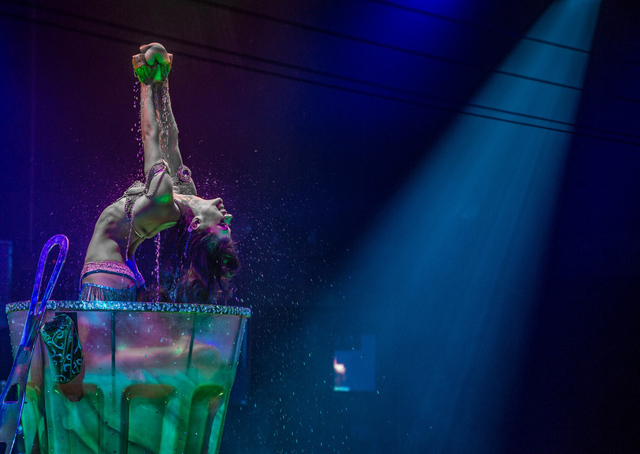 An order in court is keeping “Absinthe” in its tent.

Base Entertainment has succeeded in its legal battle to thwart the popular production’s announced move to the Cosmopolitan in Las Vegas. The show’s co-producer earned a victory in Clark County District Court on Tuesday morning when Judge Elizabeth Gonzalez rejected an emergency motion by Spiegelworld (“Absinthe’s” other co-producer) requesting that the state court adopt previous rulings handed down by the federal court.

One of the federal court orders led Spiegelworld and its founder, Ross Mollison, to attempt to close its lease at Caesars Palace on Oct. 21, when that license to perform on that property is set to expire. Last month, Spiegelworld and the Cosmopolitan issued a joint news release announcing “Absinthe” was ending its run in its Spiegeltent at Roman Plaza at Caesars Palace.

The show was expected to reopen at the Cosmo’s Rose. Rabbit. Lie. ballroom by the end of November. That won’t happen. To apply a statement from a spokeswoman from the Cosmopolitan: “At this time Absinthe will not be moving to The Cosmopolitan of Las Vegas.”

Renovation of the theater at the Cosmopolitan was halted Tuesday after the court ruling was announced. Tickets for the show never were listed on the Cosmopolitan website, nor was there ever any posting of the show’s expected opening date. Meantime, Caesars Palace has been accepting ticket orders online through Ticketmaster up to Dec. 18.

Mollison has declined comment for the record about the case, though has spoken through his stage character, The Gazillionaire, stating that the move was a “done deal” and that he was excited to be moving to the renovated Cosmopolitan theater.

However, Mollison has said throughout the case that he wants to relocate eventually to the Cosmopolitan. He helped design the Rose. Rabbit. Lie. venue, which was once home to another Spiegelworld production, “Vegas Nocturne” for six months through July 2015. That show’s closing also wound up in crisscrossing lawsuits between Spiegelworld and the hotel, a dispute eventually settled out of court.

In the case of “Absinthe,” the show’s co-producers have volleyed lawsuits since May 2015. Spiegelworld, which owns the intellectual property rights to the show, has alleged Base has improperly held ticket revenues that were to be split by the two companies. Base, the show’s majority investor, has countered that Spiegelworld has spent money on the production outside its assigned budget.

Mollison, especially, has been unhappy with the Base contract throughout the legal process. His legal team has used the Oct. 21 date to mark the end of its lease at Caesars, and also as the expiration of its production partnership with Base.

But as was noted during court proceedings, Base and Caesars Palace (not named in the litigation) read the lease one way, and Spiegelworld another. Base has argued in court, and Caesars via an e-mail to Spiegelworld attorneys, that the Oct. 21 date is not a binding end to that lease. Instead, the two sides content, it is a date that resets a what is a five-year agreement that actually ends in October 2018.

Unless Spiegelworld earns a court order before that date, or the two sides settle the ongoing legal dispute (a remote possibility), “Absinthe” is contracted to perform at Caesars Palace until October 21, 2018.

It would take about a year for the current case to play out in state court. Gonzalez read aloud a series of seven potential court dates for the litigation to move forward, ending at September 2017. That’s another victory for Base as it attempts to keep its interest in a show that routinely sells out its 600-seat theater – and “Absinthe” has been an especially hot ticket ever since the announcement that it was to close and move in October.

Meantime, the co-producers’ parrying over control of the show continues. Wednesday afternoon, Base officials confirmed that an e-mail was sent by Base executive Mark Maluso, operating independently from Spiegelworld, to members of the “Absinthe” cast and crew. Maluso’s message noted Base’s victory in court, and further stated the show was planning to run status-quo at Caesars Palace.

The direct contact with the crew and performers indicates Base is exerting its authority over those who have made “Absinthe” a hit at Caesars Palace, where the circus is not always restricted to the tent.