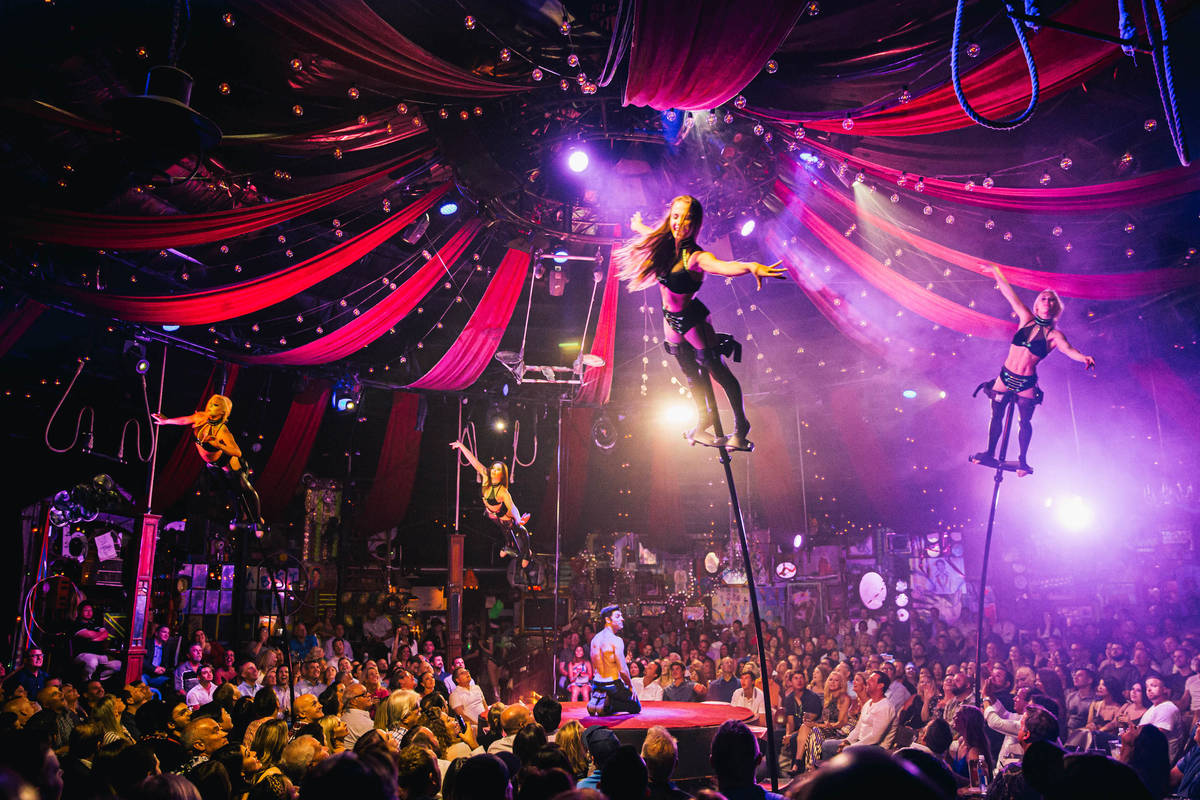 Green Fairy's Bottle Service is shown in performance in "Absinthe" on June 19, 2019. (Spiegelworld) 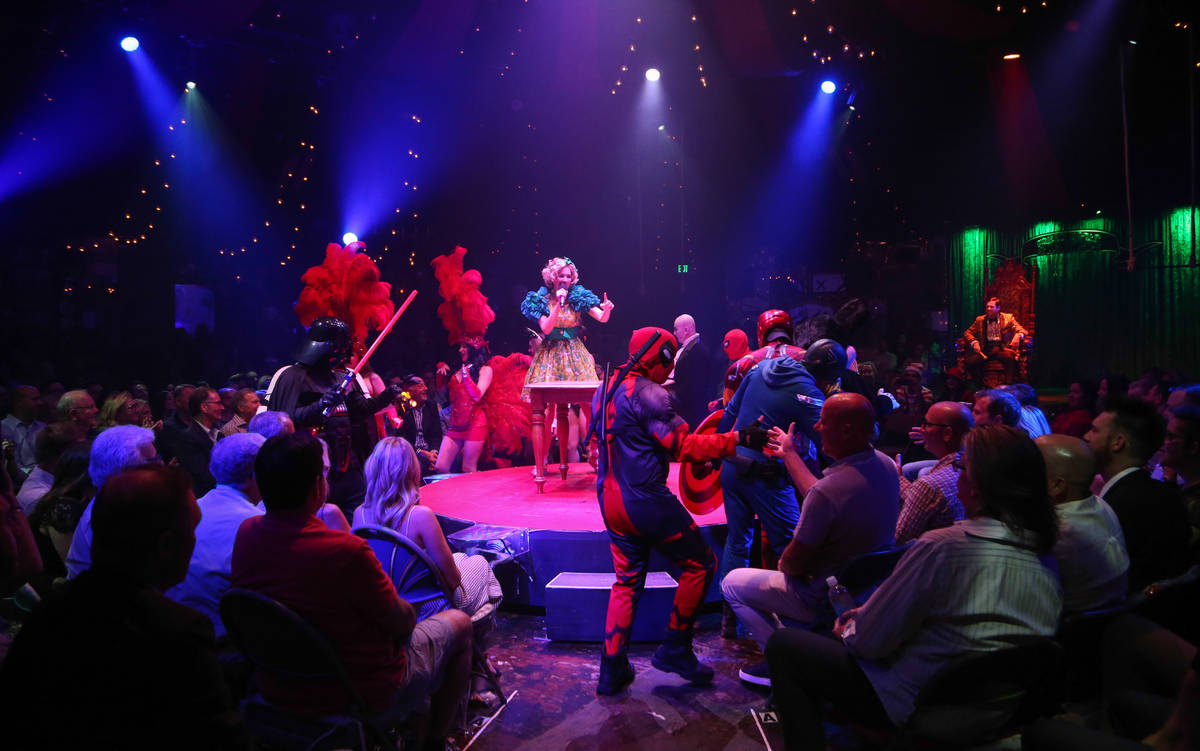 A group of buskers from the Strip join the finale of "Absinthe's" 4,000th performance at Caesars Palace on Oct. 26, 2018. (Gabe Ginsberg/Spiegelworld) 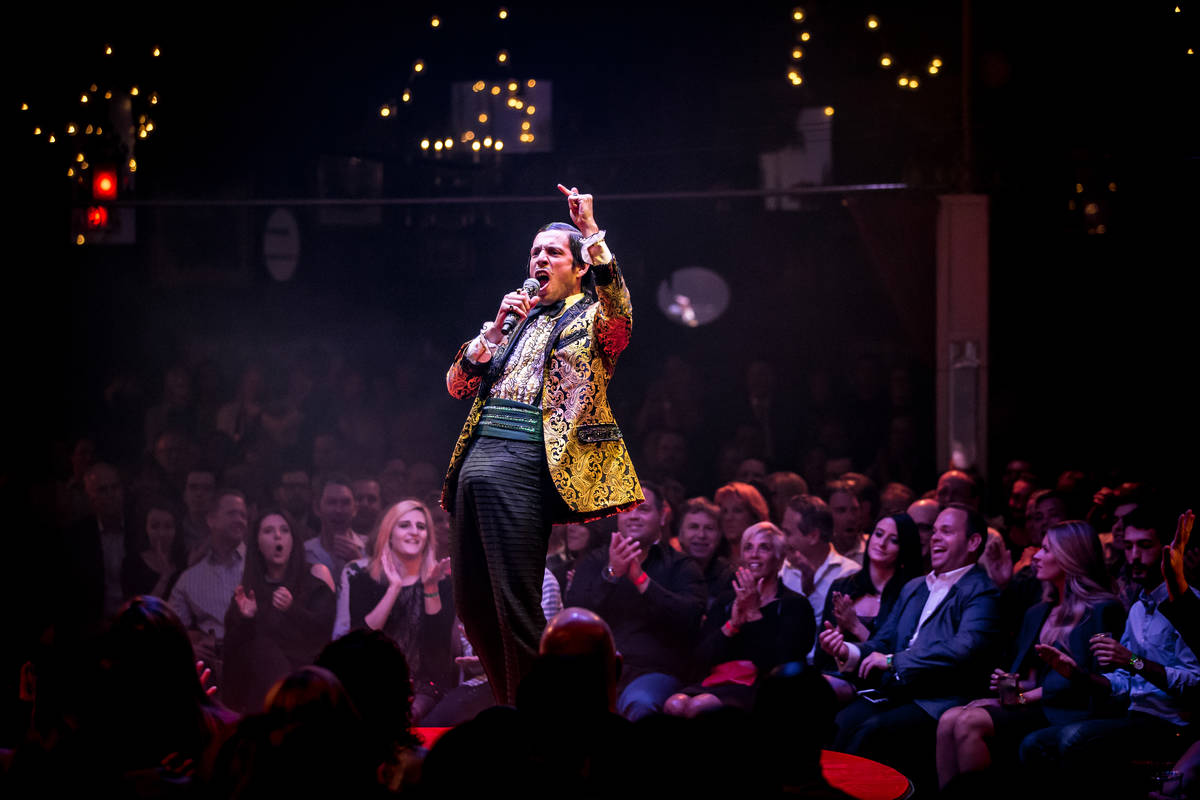 The Gazillionaire holds forth during "Absinthe" at Caesars Palace. (Erik Kabik) 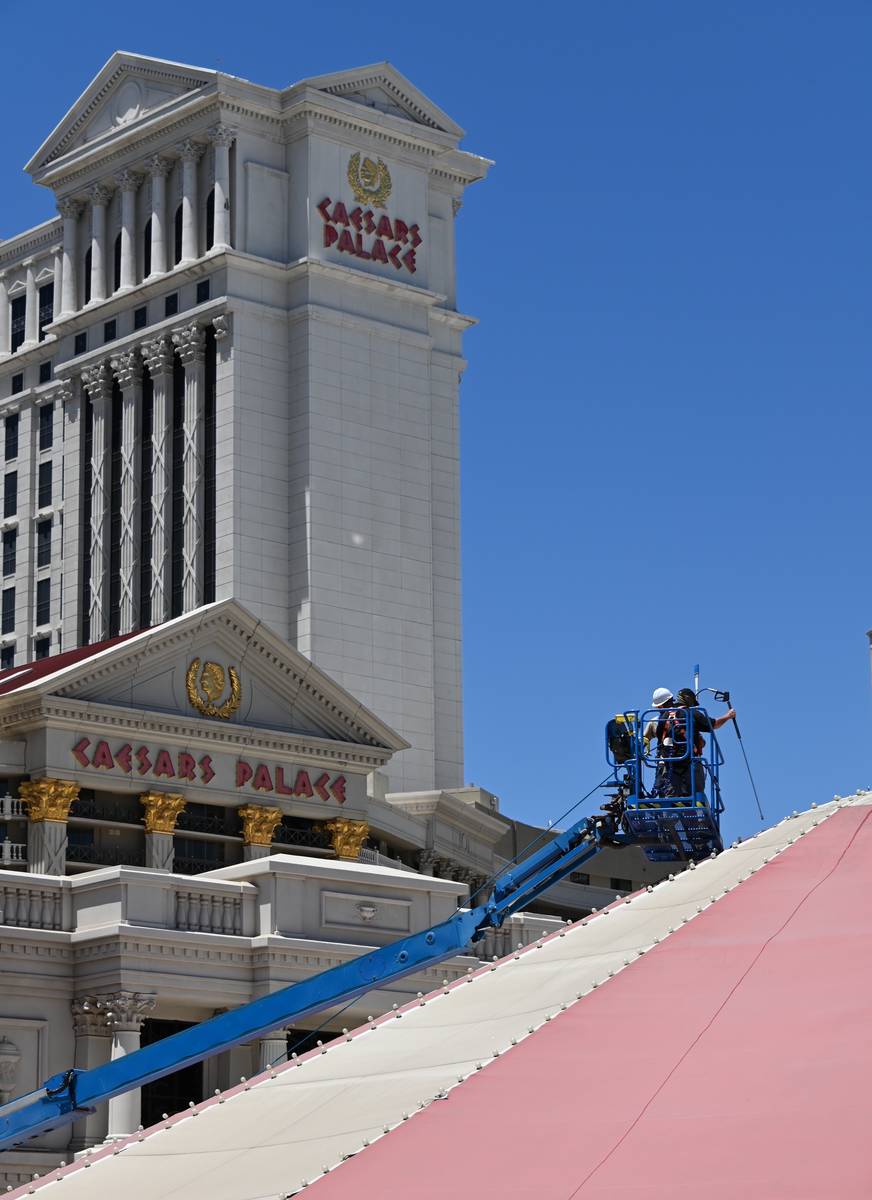 A cleaning crew is shown cleaning the "Absinthe" the Spiegeltent at Caesars Palace. (Spiegelworld) 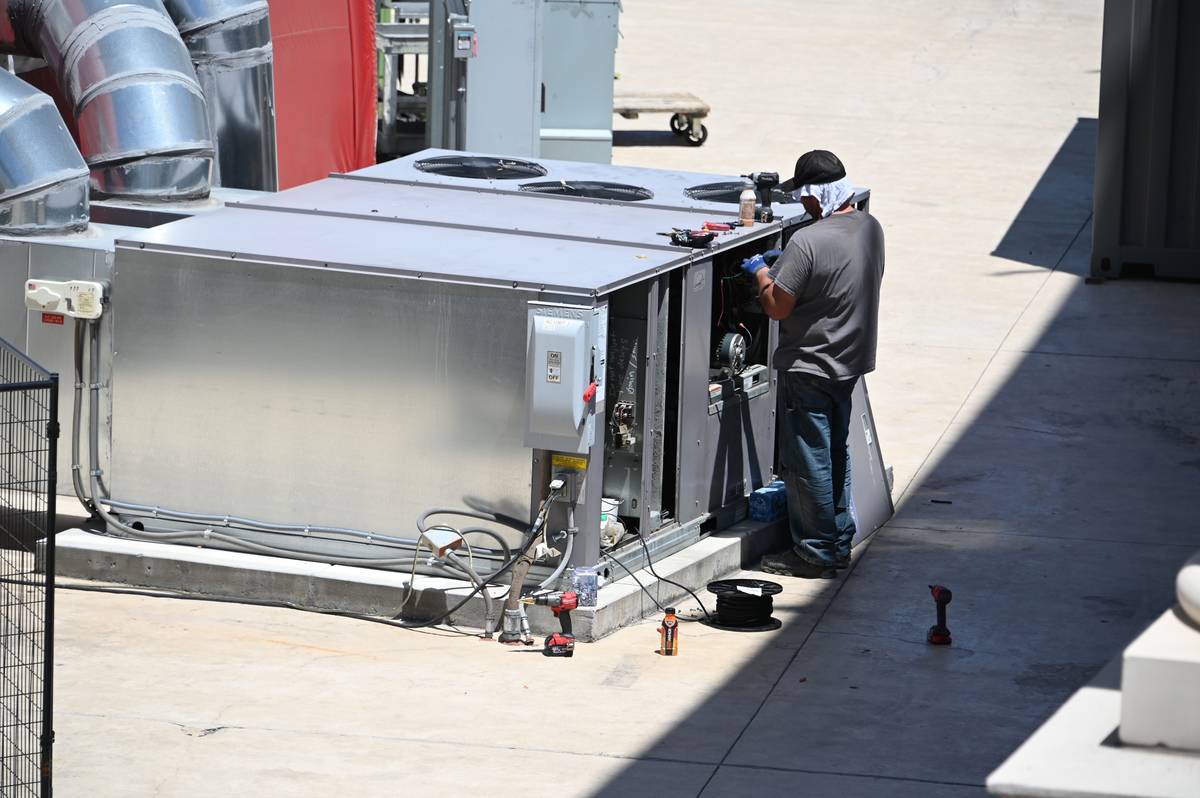 A new air-filtration system has been installed at the Spiegeltent for "Absinthe" at Caesars Palace. (Spiegelworld) 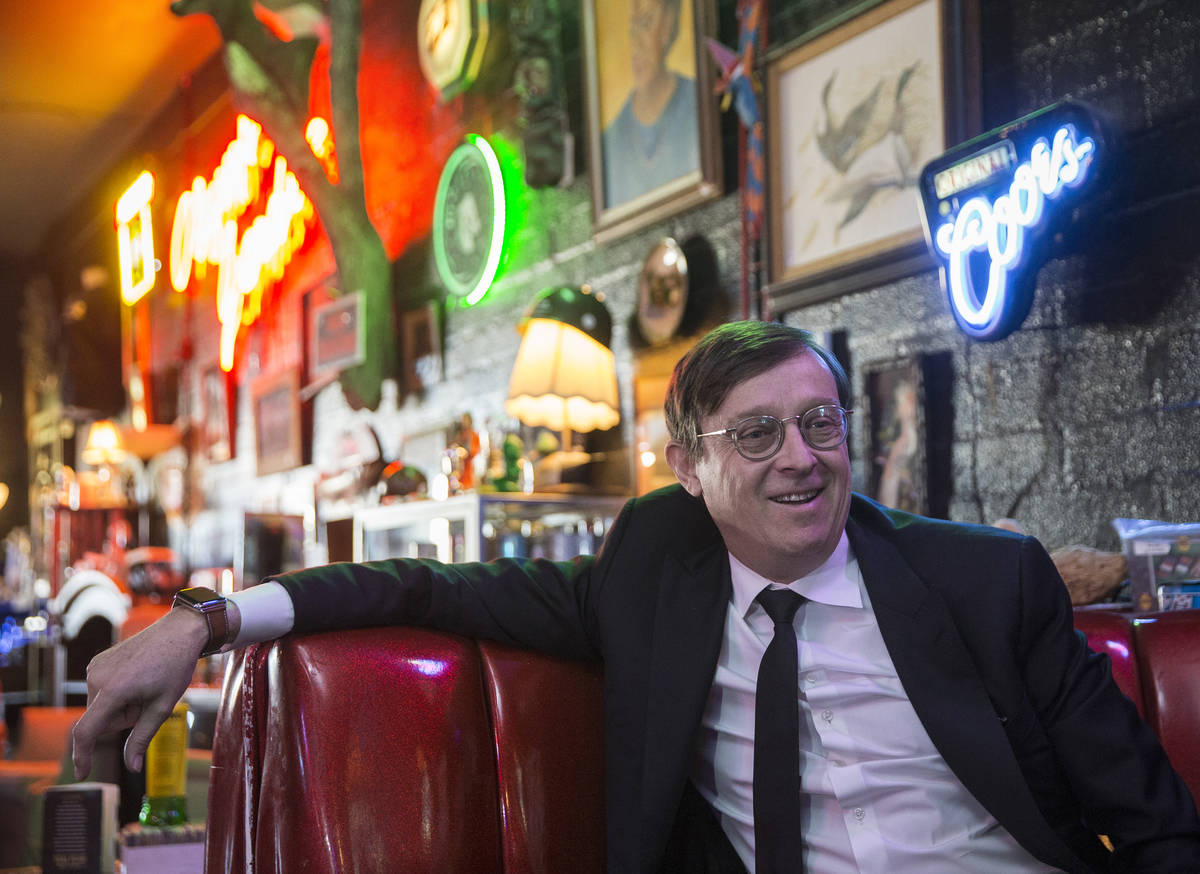 Cocktail tables in place of folded chairs in long rows. Total and routine disinfecting. A seating capacity dropped by two-thirds. No bar service, but cocktail servers roaming the room.

And everyone mask up or get gone.

This is the new trend in live entertainment in Las Vegas, as promoted by our friends at “Absinthe” at Caesars Palace. The company has just formally announced the COVID-19 modifications at its Spiegeltent at Roman Plaza. The effort has been going on for about three months, finished a couple of weeks ago with the installation of a new air-filter system.

Mollison’s plan would need to work up the ladder with the entertainment division at Caesars Entertainment, to its new incoming ownership group from Eldorado Resorts, to the Gaming Control Board and finally to Gov. Steve Sisolak.

This week, the governor announced a more targeted approach to reopening nonessential businesses. Despite what the Gazillonaire would argue, “Absinthe” is not essential. But suffice it to say, Sisolak himself is welcome to tour the venue and review the upgrades.

“I like hearing what the governor has been saying about a targeted approach,” Mollison said. “It seems like it gives us a chance to prove we can put on a show safely.”

As proof, the “Absinthe” venue has been totally disinfected, inside and out. The “tent” is actually a reinforced, solid structure that has been outfitted with a new air-purification system designed to cut airborne contaminants and infuse the venue with fresh air. Rows of chairs have been removed in favor of bistro tables, with groups that arrive together to be seated together.

“Absinthe” is not offering a dinner package. But its conceived layout is not too far away from such venues that include dinner, such as Mayfair Supper Club at the Bellagio and Rose. Rabbit. Lie., connected to “Opium” showroom at The Cosmopolitan of Las Vegas.

Similar to the performers in those venues, “Absinthe” performers will wear face covers “as much as possible,” Mollison said.

“Every artist’s costume will have a mask to be worn on- and off-stage,” the producer said. “They will be able to wear them when appropriate. I’m certain they will need to take them off for a few minutes to perform. We’re also monitoring the length of time an artist is onstage in the venue, limiting that to about five minutes.”

The seating is drawn down to 220, about one-third of “Absinthe’s” total capacity. The show had been nearly sold out for each performance, twice a night every night, in its pre-COVID-19 peak.

Can Mollison make a profit in the new pandemic business model?

Mollison says he plans to enforce similar protocols for “Atomic Saloon Show” at The Venetian’s Grand Canal Shoppes, and “Opium” at The Cosmopolitan.

“We want to get back to business and return to paying the live entertainment tax,” Mollison said. “My little company paid $5 million in LET last year. That is good for the state.”

Mollison sounds like a quarterback ready for a playoff game.