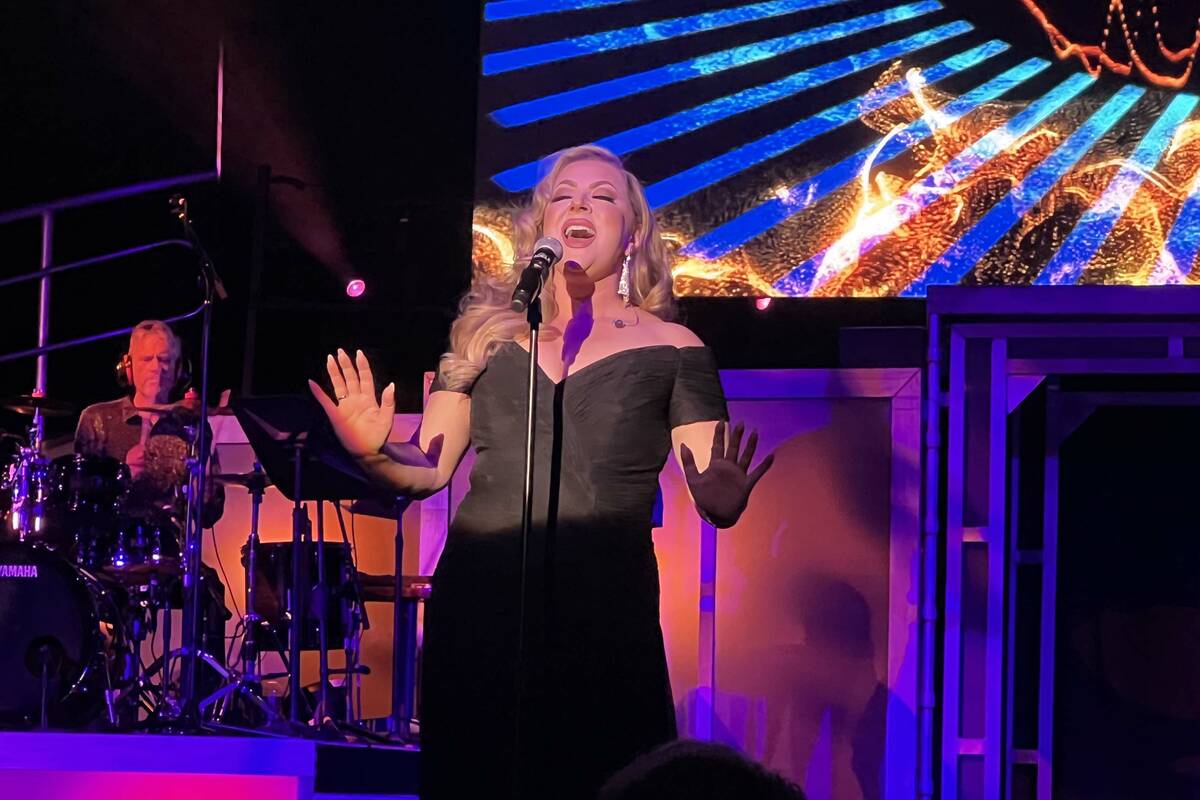 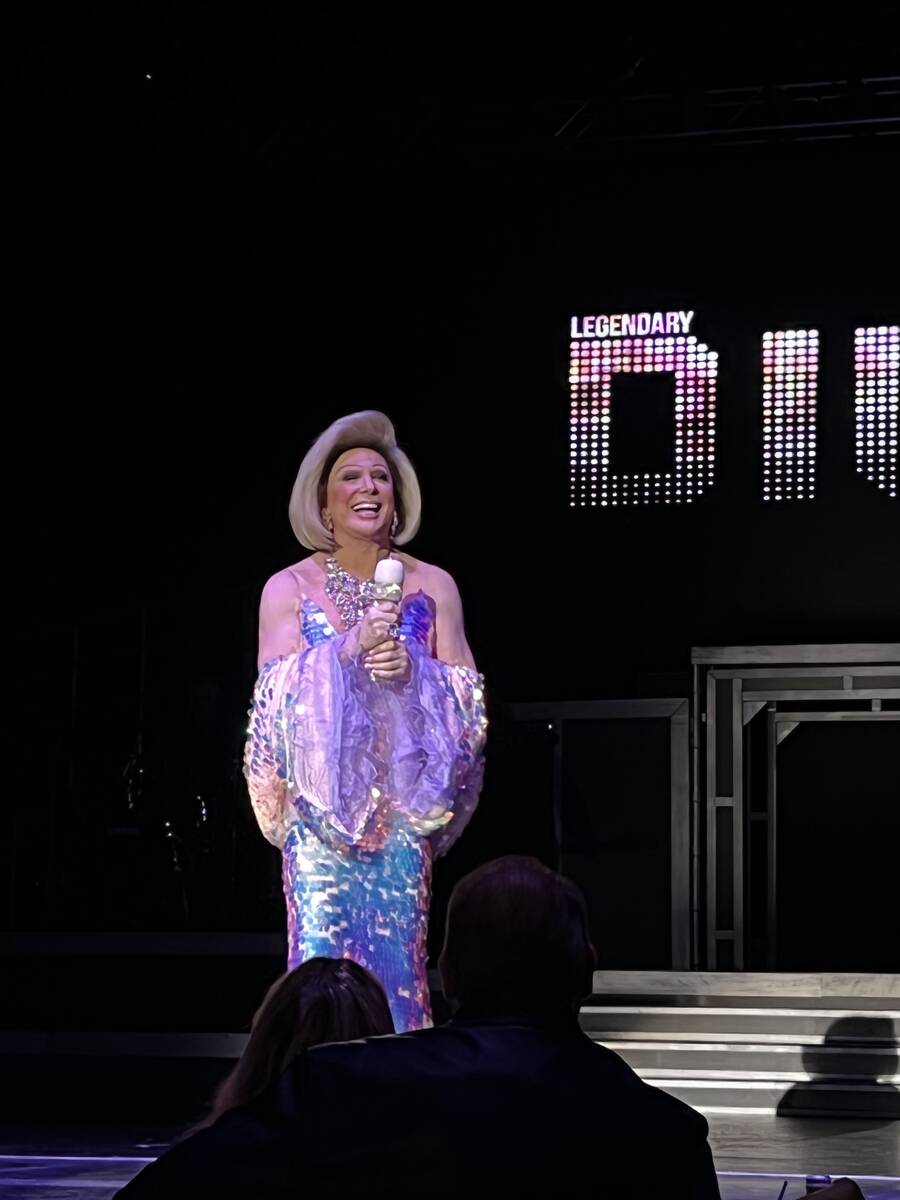 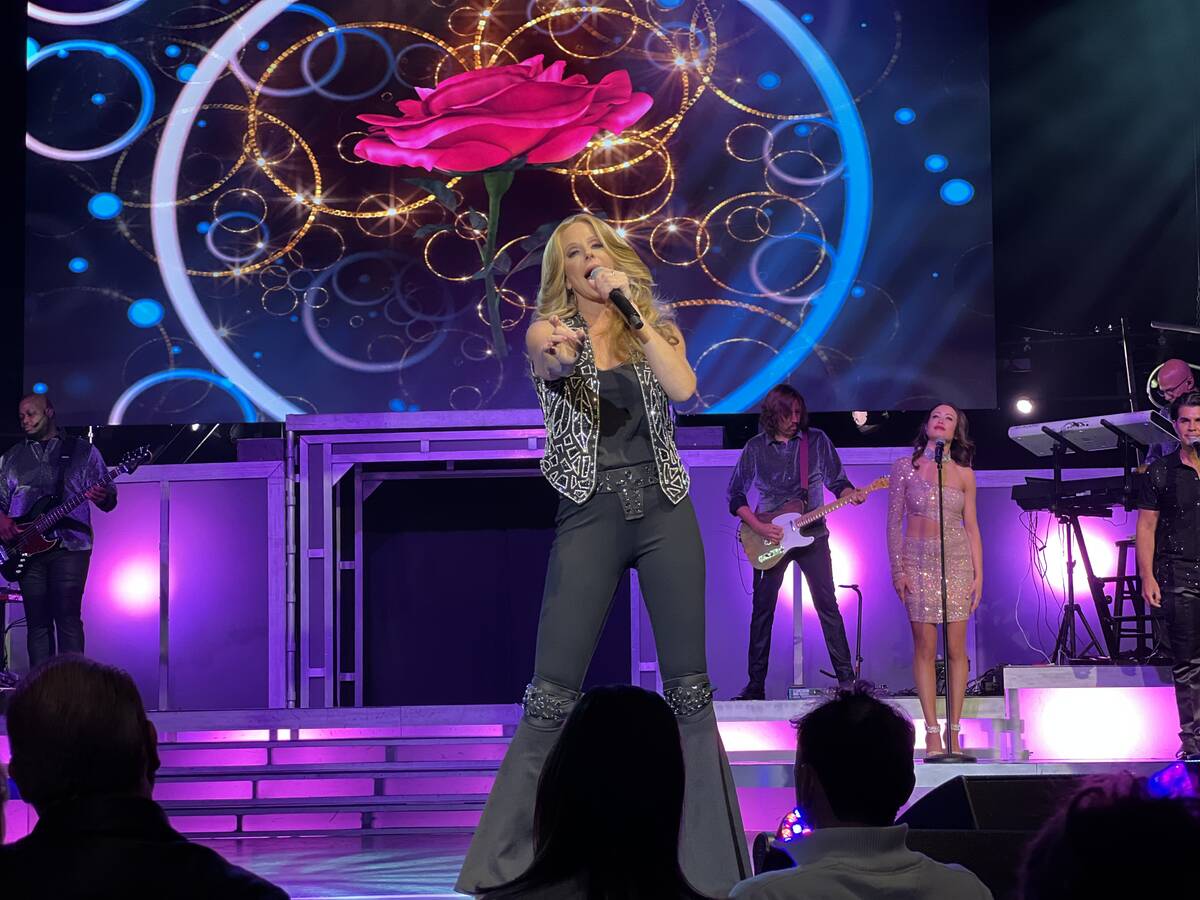 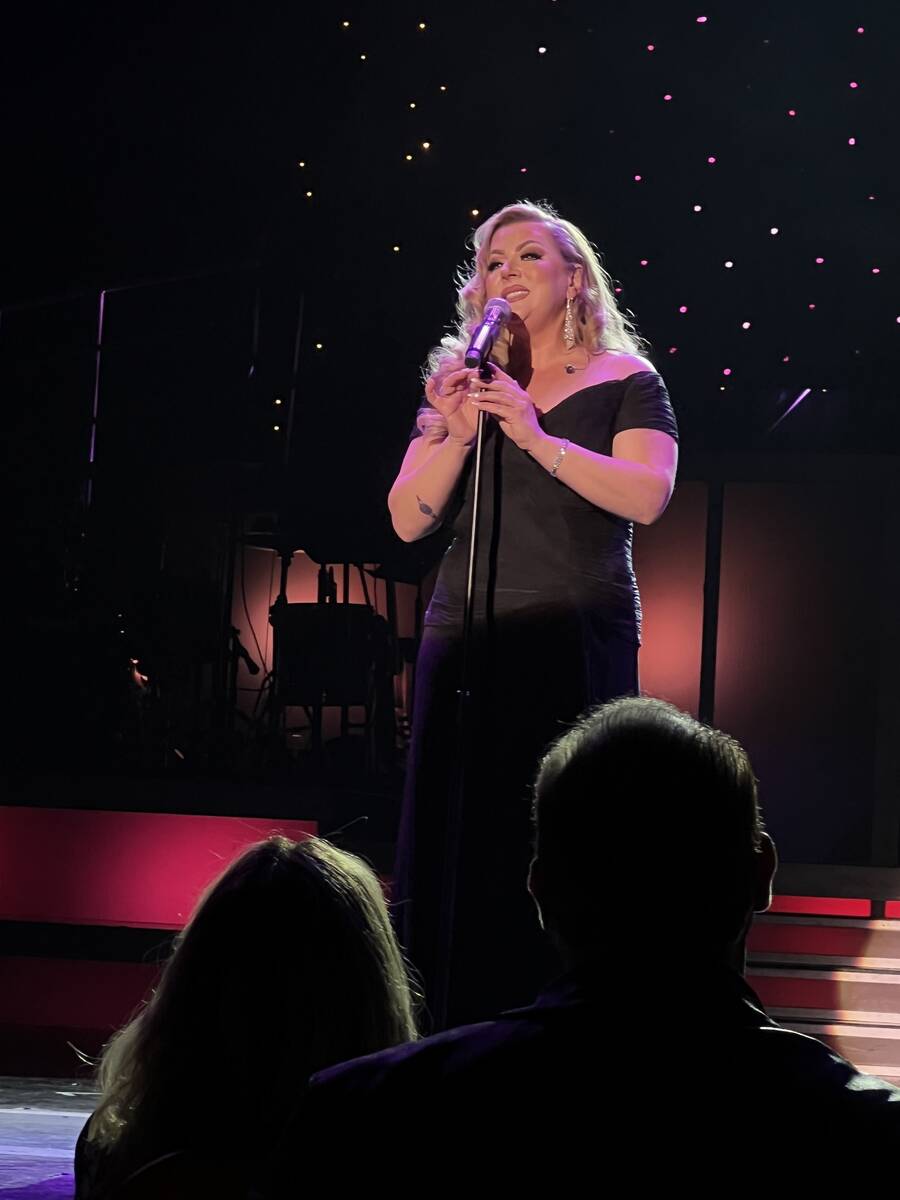 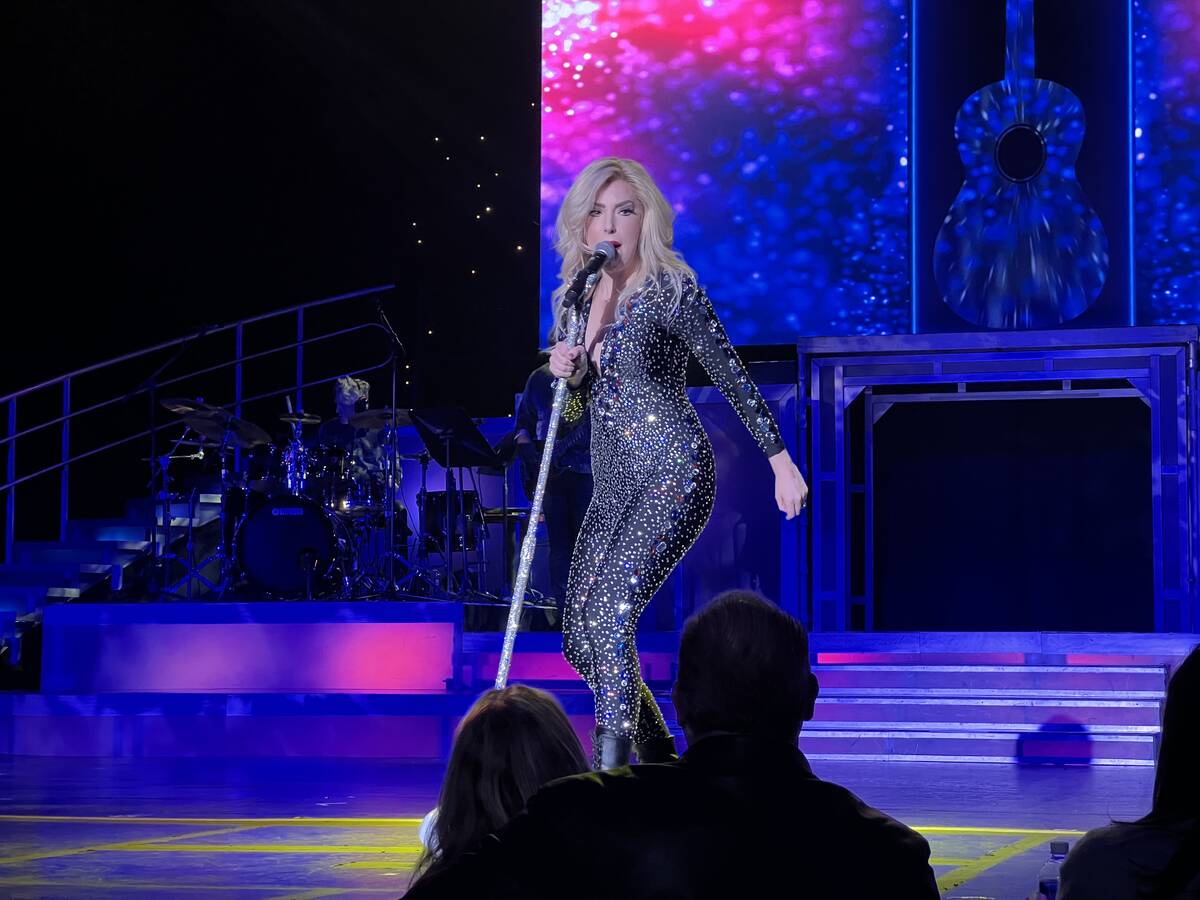 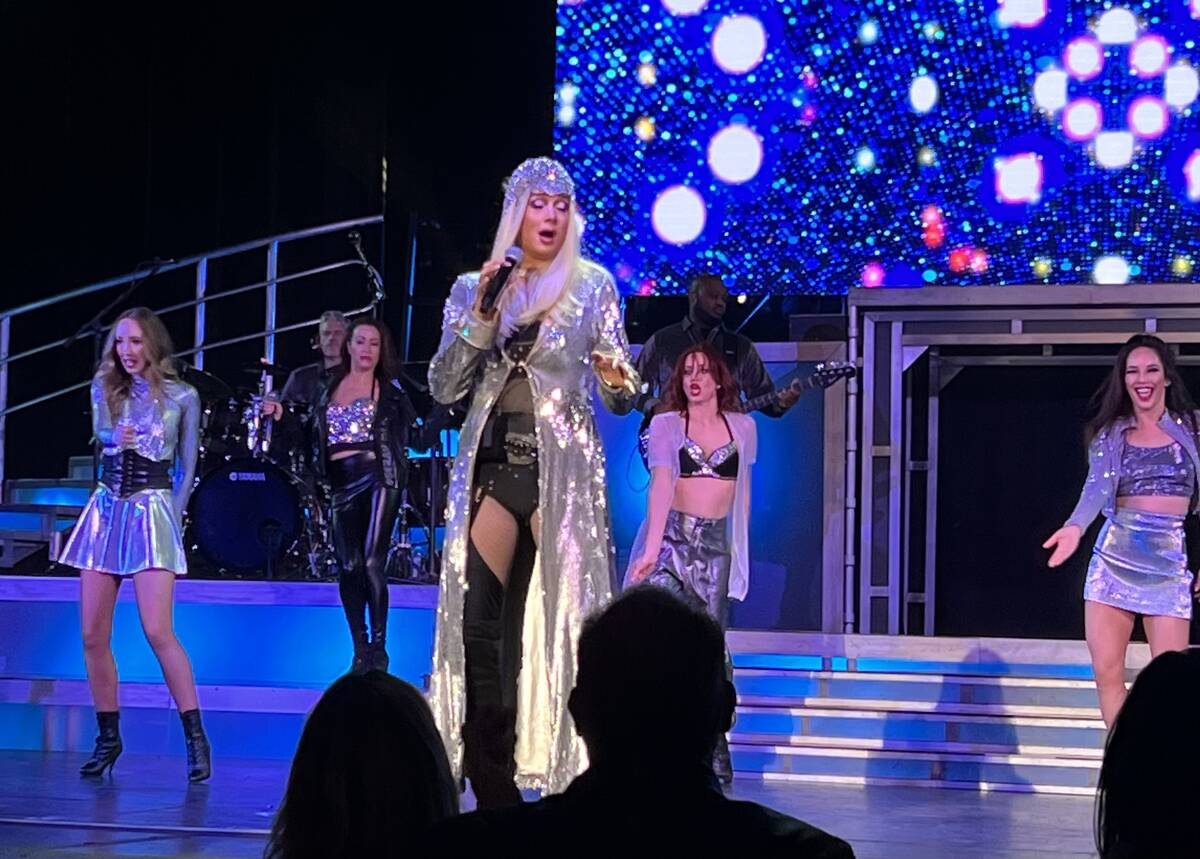 As Janae Longo, expertly performing as Adele, calls out, “Rolling In The Deep,” the thought hits you: Caesars should have just rolled with this artist at the Colosseum and hoped for the best. Just don’t use close-up shots on those giant video panels.

And whenever someone said, “Wait, that’s not really her!” the answer could always be, “We get that all the time!”

Longo is Adele when we can’t have Adele on the Las Vegas Strip, new to the “Legendary Divas” roster of all-female superstars in “Legends in Concert” at the Tropicana. Longo and the show’s Celine Dion, the remarkable Elisa Furr, are the center of a new offer from the show. Those who had booked tickets to Adele’s halted shows at the Colosseum, or Celine’s postponed residency at the Theatres at Resorts World Las Vegas, can obtain free tickets to “Legends” through Sept. 5.

Guests need to show proof of purchase at the Tropicana box office to cash in. In its 35th year, the show is banking on fortuitous combination of the all-female lineup and two of those legends — Adele and Dion — currently not performing anywhere.

Hosted by Las Vegas drag icon Frank Marino as Joan Rivers, “Legendary Divas” has opened with Tierney Allen, returning as Lady Gaga; and Lisa McLowry as Cher. “Legends” has never showcased an all-woman lineup until the “Divas” show launched last week. The show runs 7:30 p.m. (dark Tuesdays). The live band and dance troupe is back. The performers pay attention to mannerisms and details in these roles, with Tierney taking on Gaga’s distinctive dance moves and McLowry adopting the faint scratch in Cher’s speaking voice.

The “Legends” format allows for a rotation of artists. The production plans to keep the female theme throughout the year. Whitney Houston, Tina Turner, Dolly Parton, Reba McEntire, Barbra Streisand, Donna Summer, Katy Perry and Cyndi Lauper are on the show’s deep bench of portrayals across the country.

Longo performed her fourth show as Adele on Sunday. She arrives to an intro by Marino, who explains Adele halted her residency “so she could be here with us tonight!”

In character, Longo says to the crowd, using a British accent, “Was it Caesars? Was it the production? Was it that buggy old pond? No, babes! I just wanted to be here with you all. See, we have our stage together. I finally got myself together. Whoo-hoo, lots of therapy, eh?”

Longo’s vocals are spot on. The singer has been a popular cruise ship entertainer for 14 years before taking on the “Legends” role. That onstage training helped her step into the Adele role just as the show was developing and controversy unfolding.

“I’ve always loved her music, and loved her as an artist,” Longo said in a phone chat prior to Sunday’s show. “My voice is similar to hers with its warm tones. I’ve always sung her music, but not like this. So far, so good. I’m just very excited.”

Furr has performed as Dion for over more than a decade, thousands of shows, in “Legends” and in her own productions.

“We’re looking forward to her coming back and entertaining us all and doing what she does so well,” Furr said. “It’s a little wild to be on stage, basically right down the street from where she was supposed to be.”

In a “Legends” tradition, Furr has established a vocal portrayal while performing Dion’s familiar moves onstage.

“I’m just really doing what I’ve always done, which is try to represent her in the best way possible,” Furr said. “I’m encapsulating all of her characteristics, including how serious she can be, and also just how silly and how much fun she can be onstage, and making making her proud.”