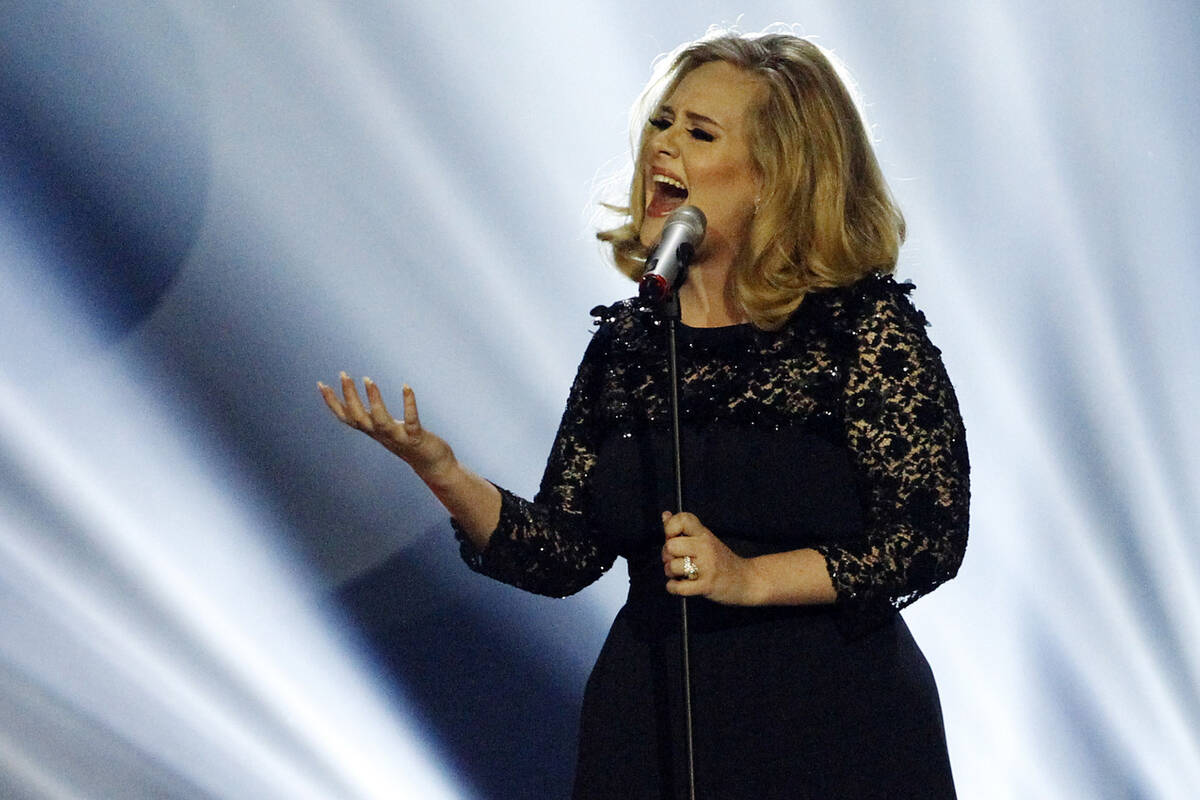 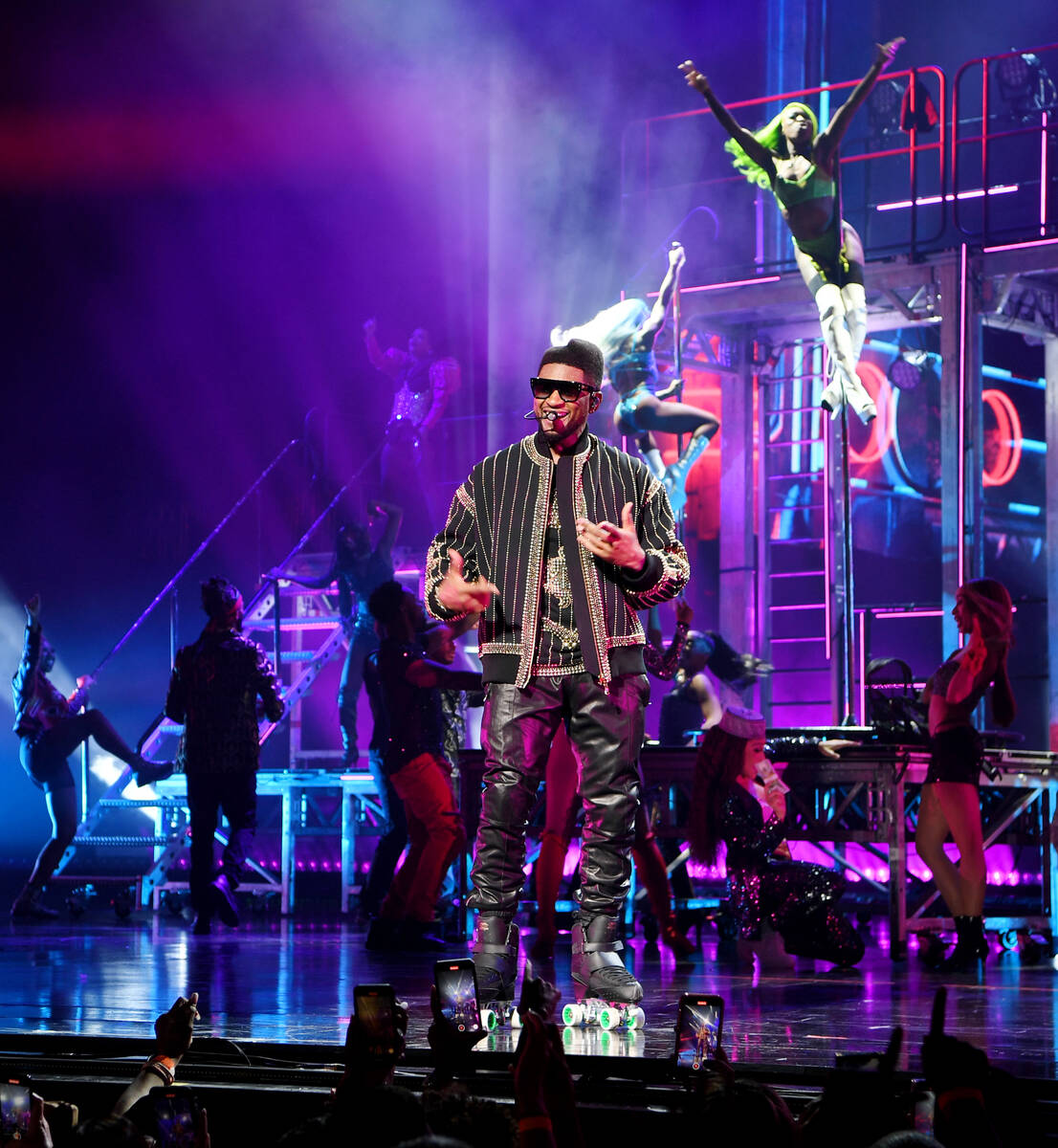 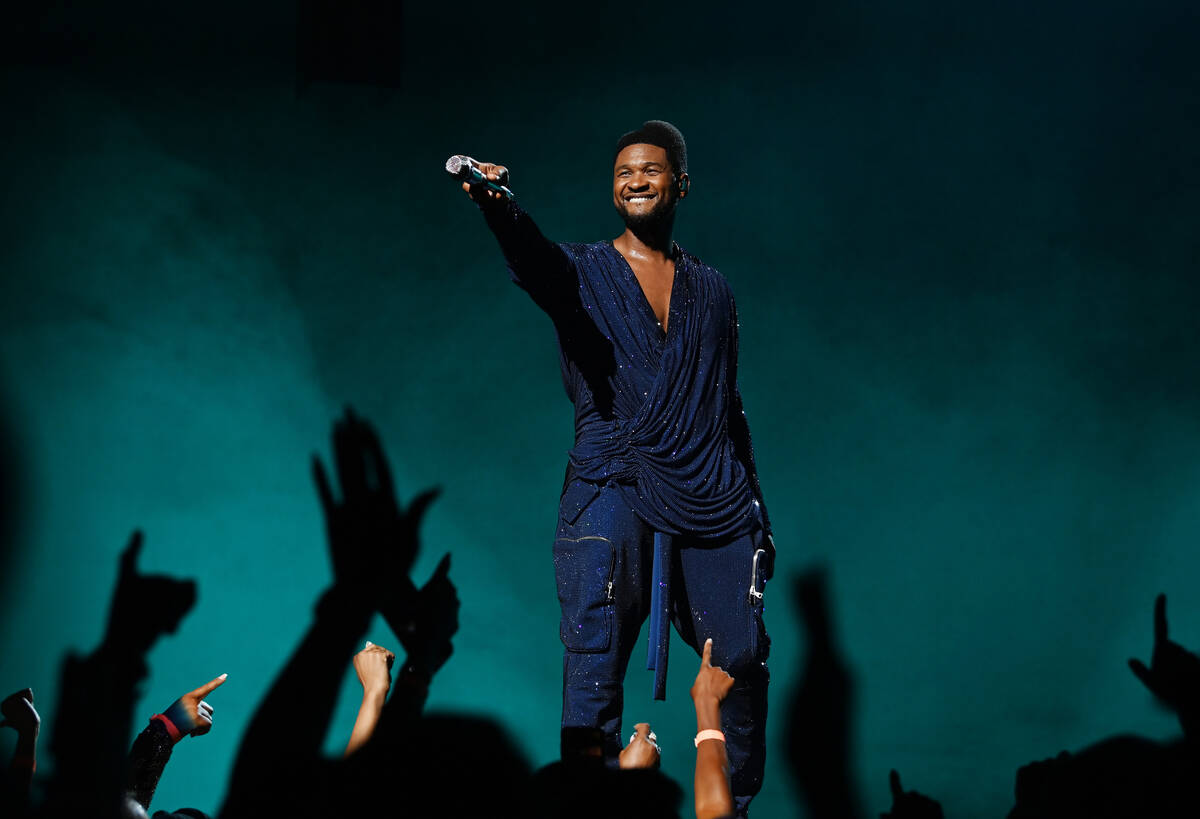 The Kats! Bureau at this writing is Palm Restaurant at the Forum Shops at Caesars Palace. We just breezed past the Colosseum, where Rod Stewart opens his nine-show run at 7:30 p.m. Monday. And Usher has tacked on two shows Dec. 23-24, going on sale at 10 a.m. Saturday.

There’s your Caesars update. More from the scene:

Adele has announced a new single this week.

She is shopping a residency in Vegas, too.

More to be revealed.

Billboard is the latest pub to weigh in on the recording star’s Strip residency objectives. The publication posted Tuesday that Adele is in talks with Park MGM and the aforementioned Colosseum at Caesars Palace for a 2022 residency. The superstar lives in L.A. with her son, Angelo James, who turns nine this month. She would be able to swiftly swing in and out of shows in Las Vegas.

The publication cites unnamed sources for this update. Reps for Live Nation are not commenting on the posts. That company has an exclusive booking partnership at the Colosseum and also promotes residency headliners at Park MGM (including Lady Gaga, returning Oct. 16).

Easy On Me – October 15 pic.twitter.com/7HRvxAfEqy

Both venues show some openings on the 2022 schedules, conceivably room for an incoming headliner.

Adele did just announce her upcoming single, “Easy On Me,” due Oct. 15, with a black-and-white video on the singer’s Twitter page showing her slipping a cassette into a car stereo with a few intro piano notes.

Last week, the number “30” was projected on some famous landmarks around the world (such as the Empire State Building, Louvre in Paris and the Colosseum, the original, in Rome). None were spotted in Las Vegas.

This led to further speculation and interpretation that Adele’s next album will be called “30,” a follow-up to her top-selling “25” from 2015.

Last month, there was a Twitter brush fire that Adele has planned a live show emanating from Vegas on Dec. 10, titled, “Adele: Live from Las Vegas.” No confirmation of those plans, or a venue, either. Reps from the superstar, nor BBC America, have returned e-mails seeking confirmation/denial of any of these developments.

It is not a stretch to say an Adele residency is the brass ring of superstars who have yet to headline in a Las Vegas theater. She has not performed in residency in the city, and a series in Vegas seems the only way to see her perform live in 2022.

Carlos Santana has announced what is at once expected and welcome: Sixteen new dates covering January, February and May 2022. The series kicks off Jan 26 and 28-30. Tickets are on sale at 10 a.m. Saturday. His latest album, “Blessings and Miracles,” is out Oct. 15. The Santana-Steve Winwood collab, “Whiter Shade of Pale,” was released two weeks ago.

Jennifer Romas’ “Sexxy” revue is due back onstage at Westgate Cabaret on Friday. The show has been paused for the past three weeks. Hotel officials have said the show was dark to ensure every production in the room follows COVID protocols.

Westgate Las Vegas owner David Siegel has mandated all Westgate Team Members show proof of vaccination, effective Thursday, which is the day before “Sexxy” is due to return.

The show will need to replace its primary singer at Westgate, Anne Martinez, who has left the production so she can focus on other projects.

We’ve got the funk

Advance notice on the 10-year anniversary of The Funk Jam, bass master Anthony James’ creation, from 9 p.m.-1 a.m. Oct. 27 at Gold Spike. It’s a costume party, too. The show has stormed through Sand Dollar Lounge from 10 p.m.-2 a.m. Wednesdays, and you have got to know your way around the instrument to even be onstage.

“iLuminate” at The Strat Theater, also is firing back up Friday night. The inventive dance show has been rewritten, ditching the hosts and also any verbal communication from the stage. Expect more dancing in the dark by these fluorescent-costumed cast members. The show is running 10 p.m. Wednesdays through Saturdays, and also Mondays, with a new 2 p.m. show Sundays.

Murray Sawchuck and Dani Elizabeth, still buzzing from their wedding at Plaza Showroom last week, are featured in the premiere of “CSI: Vegas” on Wednesday night. They’ll be easy to spot. He’s a magician. She’s a showgirl. Scenes were filmed in May on Fremont Street.

How about a free concert from the great Canadian rock band Barenaked Ladies? This is the latest in Fremont Street Experience’s Downtown Rocks series, at 9 p.m. Saturday from 3rd Street Stage. We saw this band nearly 20 years ago at a packed Mandalay Bay Events Center. Wonderful performance. 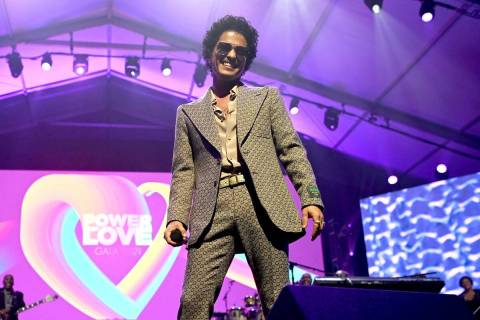