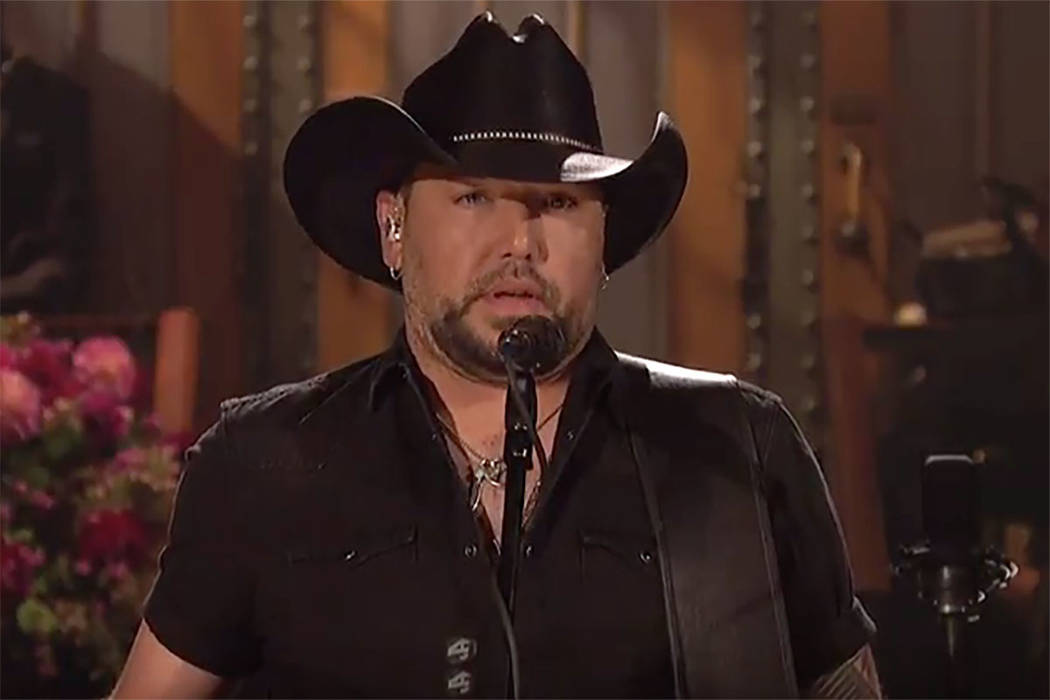 Country music star Jason Aldean, who was onstage last Sunday when gunfire erupted at the Route 91 Harvest festival on the Strip, made a surprise appearance during the opening of “Saturday Night Live” tonight.

“This week, we witnessed one of the worst tragedies in American history,” the country artist said. “Like everyone, I’m struggling to understand what happened that night and how to pick up the pieces and start to heal.

“So many people are hurting, and they’re our children, parents, brothers, sisters, friends — they’re all part of our family,” he continued. “So I want to say to them: We hurt for you and we hurt with you.”

Aldean added, “But you can be sure we’re going to walk through these tough times together, every step of the way. Because when America is at its best, our bond and our spirit — it’s unbreakable.”

He then paid tribute to the 58 concertgoers who were killed at Route 91, the 489 injured and also to the late Tom Petty with a cover of Petty’s “I Won’t Back Down.”

Aldean was singing his own original, “When She Says Baby,” when the shooting broke out Sunday. He has not said whether he will continue to sing the song when his tour resumes in Tulsa, Oklahoma, on Thursday night.