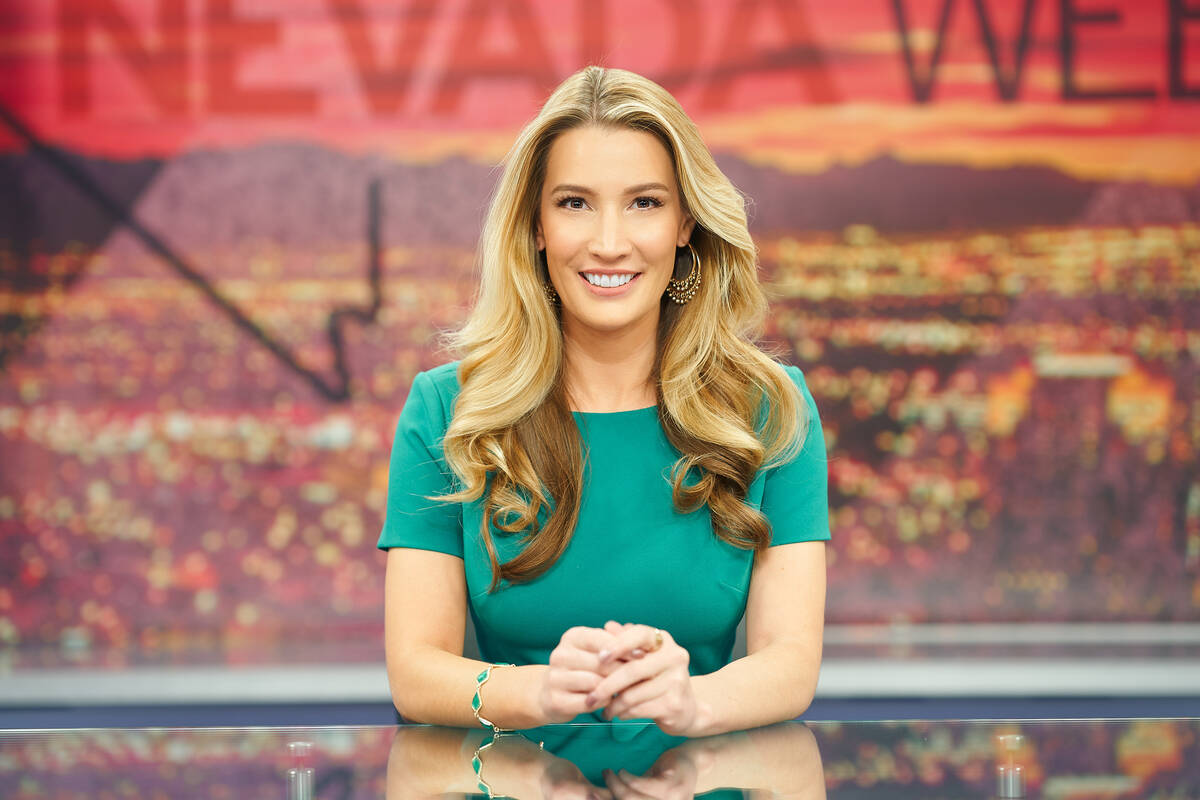 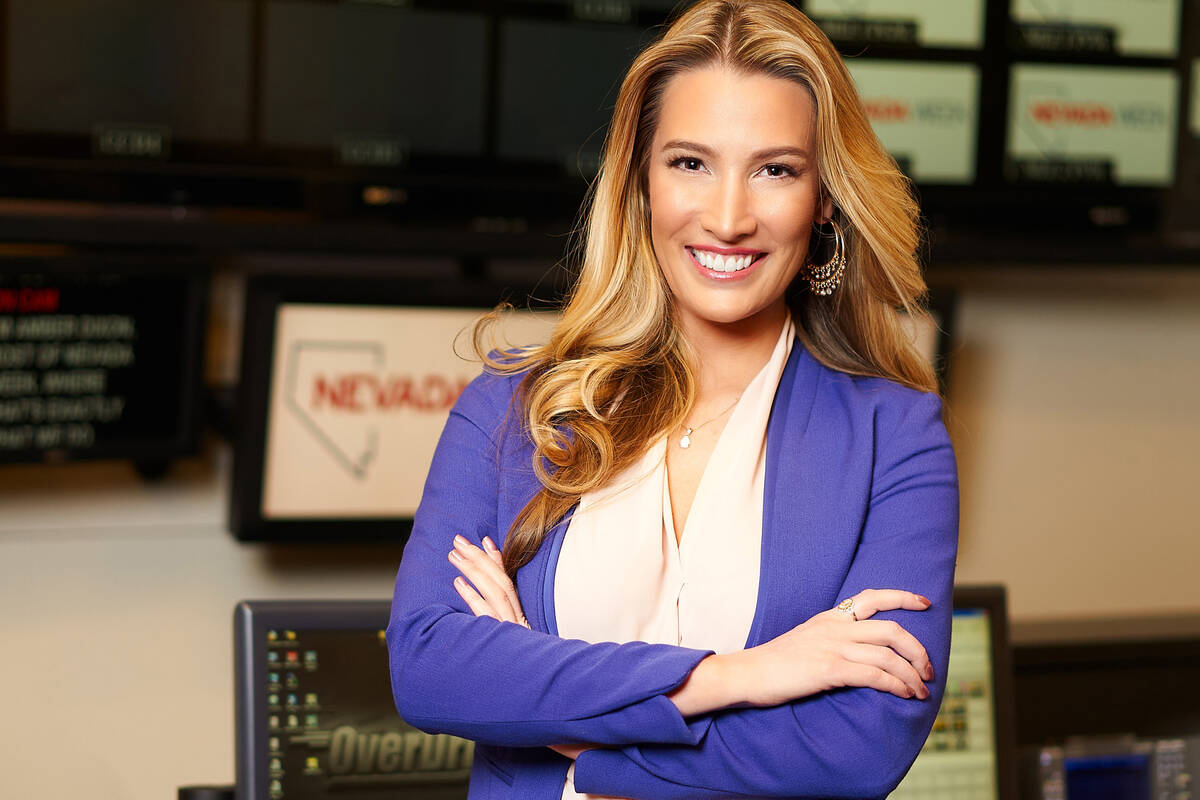 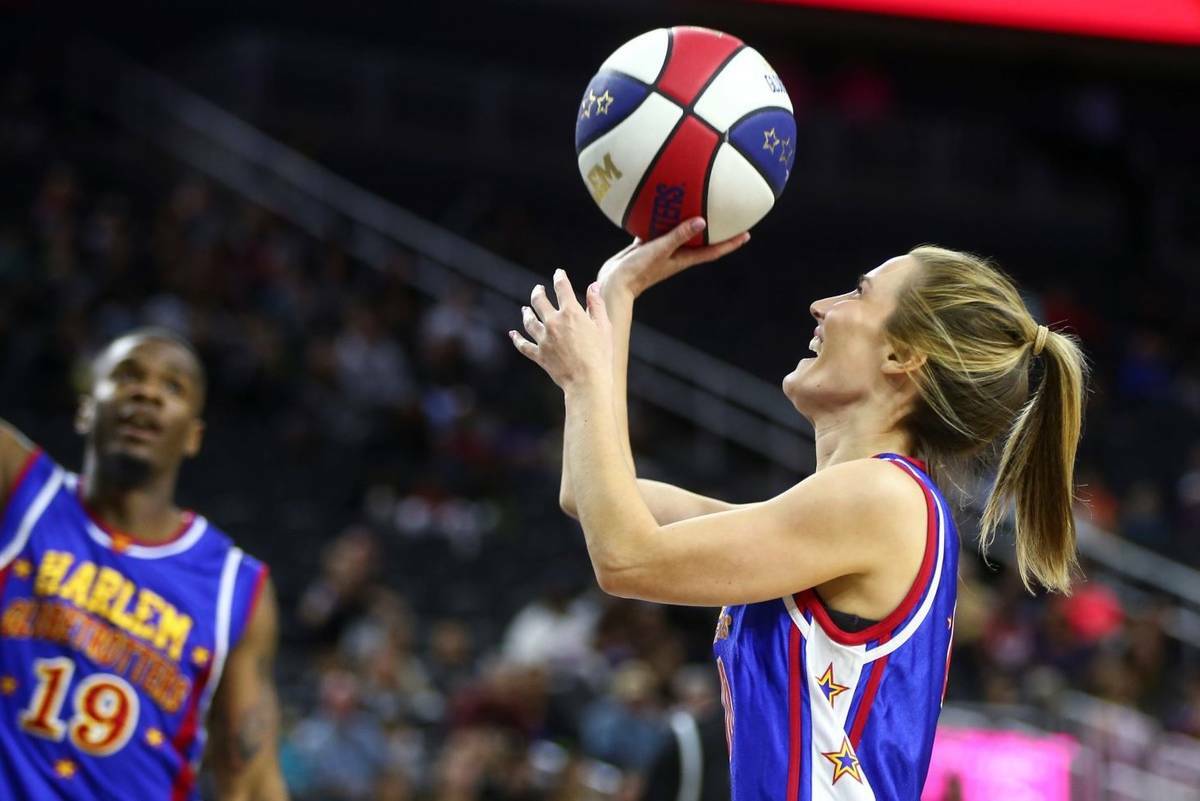 Amber Dixon once assured her employer she could shift from news to sports.

Now, Dixon has assured her new employer she can shift from sports to news.

It is a career come full circle.

The former former KSNV-News 3 sports anchor/reporter will be the new host of of Nevada Week on Vegas PBS beginning next month, the station announced on Friday. Her first air date is Feb. 4. Nevada Week airs at 8 p.m. on Fridays on Vegas PBS Channel 10.

Dixon was one of more than a dozen employees laid off by KSNV in March.

Dixon replaces Kipp Ortenburger, who has hosted the program since 2019. Vegas PBS said Ortenburger chose to work full-time in his role as head of the station’s grants department.

A 10-year Las Vegas resident, Dixon arrived in Vegas having covered news for KGBT the south Texas/Rio Grand Valley Region. She had been working as a freelance sports broadcaster when the Vegas PBS position came open.

“The initial concern was I’d been in sports so long, and the priority would be news,” Dixon said Friday morning. “But my prior experience was in news, so it was a reverse effect, going from sports back to news.”

Dixon is an experienced journalist across all platforms.

“I’m naturally a curious person,” she said. “When this opportunity was presented to me, I said, ‘Let’s explore this further.’”

The station is impressed with Dixon’s background.

“We are thrilled to welcome Amber to our Vegas PBS family,” said Mary Mazur, President of Vegas PBS. “She is an outstanding journalist, who will fit right in with our team and the overall content strategy and style of the show.”

Dixon’s roles after her departure from News 3 have included reporting from the National Finals Rodeo for the Review-Journal’s 7@7’s newscasts. She is seeking to reinforce Vegas PBS’ emphasis explanatory, contextualized journalism and a fair hearing of all sides of the news.

“My goal is to be the example of fairness, when a lot of the media is openly biased on one side more than the other,” Dixon said. “PBS will continue to be the example news you can turn to for unbiased coverage. And, we’ll be providing what local newscasts are lacking, which is diving deep into important topics.”

Dixon has another full-circle coincidence in her broadcast career. She is a graduate of Arizona State University, where she studied at the Walter Cronkite School of Journalism and Mass Communication.

“A lot of the Arizona State students worked at what is the Arizona PBS version of Nevada Week,” Dixon said. “One of my claims to fame in those days was I applied makeup to Janet Napolitano when she was governor of Arizona. So it feels great to be in this position.”

It was one of those meetings I’ll not forget. “Do I call you Meat Loaf? Loaf? Meat?” I asked to the artist Michael Lee Aday during a chat at Planet Hollywood in August 2013, previewing his upcoming “Rocktellz & Cocktails” show.

The rock star left us Thursday, at age 74. No cause and manner formally announced, but he had been reportedly ill with COVID. Meat performed in two residencies in Adam Steck’s SPI Entertainment “Rocktellz” shows, which also showcased great Vegas singers Stacy Michelle, Cian Cooey and Lyssa Baker. They were charged with more than vocals. They helped keep the Meat Train on the rails. The show also featured such guest stars at the guys from “Thunder From Down Under” and Maria, The SnakeBabe.

During that chat at Planet Hollywood, Meat mentioned he was close friends with John Belushi when both lived in Chicago. He said he loved how Belushi could take over a scene, and an audience, as a live performer and in film.

“The scene in ‘Animal House,’ when he is on the ladder and looks at the camera and crosses the fourth wall. We had arguments about that moment,” Meat said. “We were like brothers, arguing about that scene.”

The two were friends before either was particularly well-known.

Meat also ordered a special flying bat to flutter over the audience during the “Bat Out of Hell” segment. He demanded this effect, which malfunctioned after two shows and was never returned. We suggested the show be marketed as “BYOB,” Bring Your Own Bat.

“Rocktellz” was a rollicking experience, served up by a guy who, for a short time, was a great time.

Funny on the floor

L.A. Comedy Club was one of the first ticketed venues to reopen during the pandemic, in October 2020. The club has moved from The Strat’s second-floor retail level to the casino level, seating up to 275 but curtained to fit the club’s vibe. The new haunt opened Thursday night. Butch Bradley, James Michael’s “Redneck Comedy Show,” and Bret Ernst are among the early headliners.

Catfish John and the Alligators play a twin bill at Sand Dollar Lounge at 10 p.m. Saturday. Both bands are warming up for the Skull & Roses Festival in April. No cover. It’s always a throw-down at the Sand Dollar, set to open its outpost at the Plaza this spring.