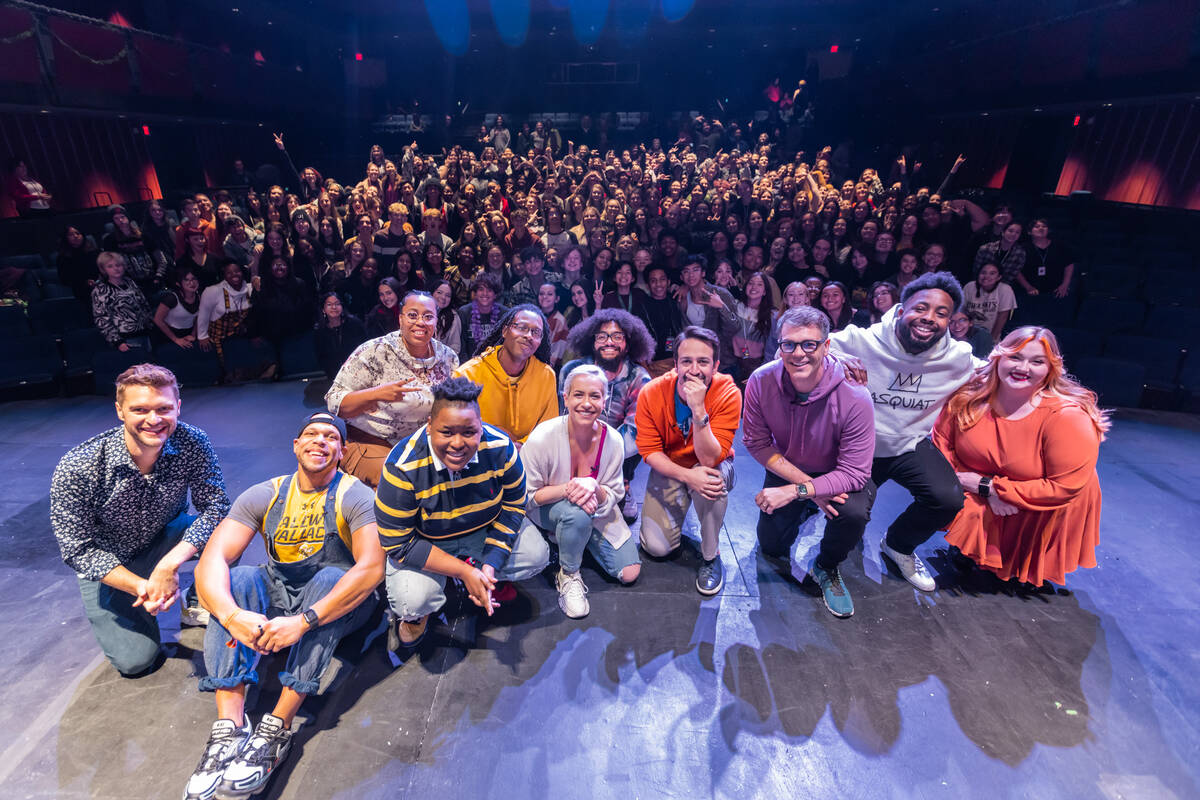 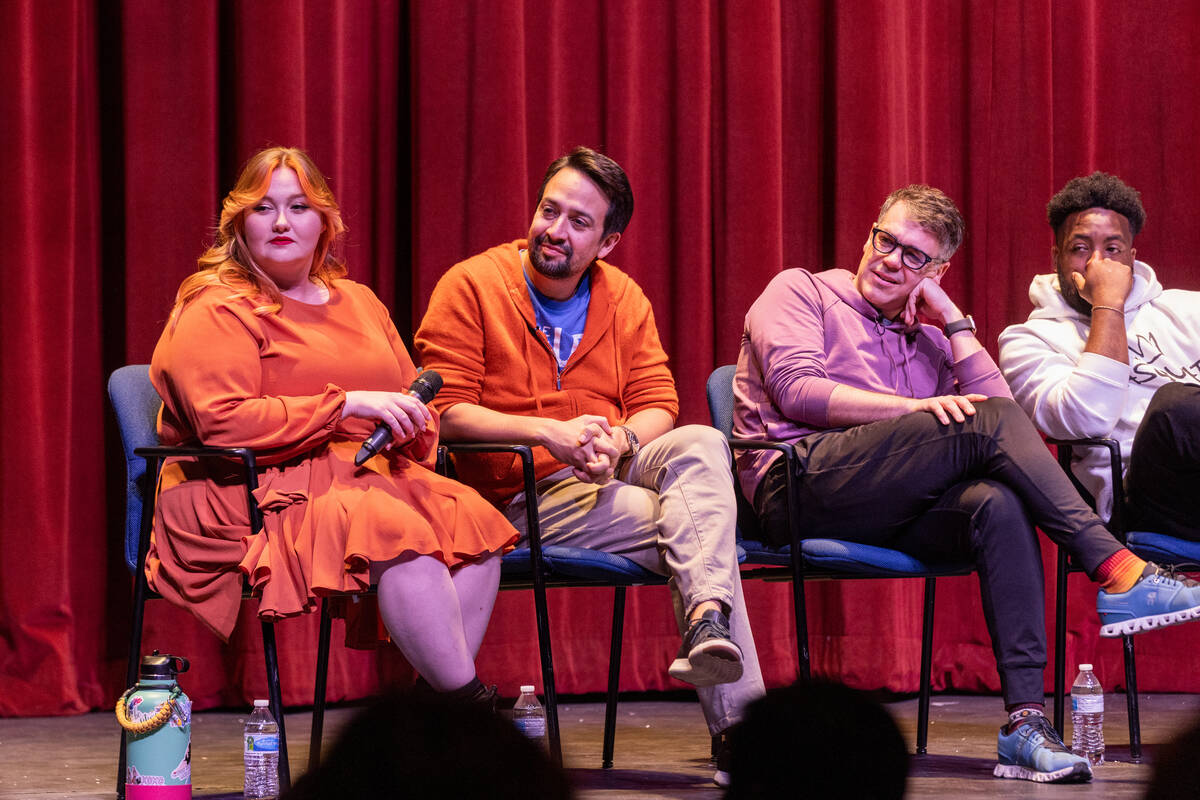 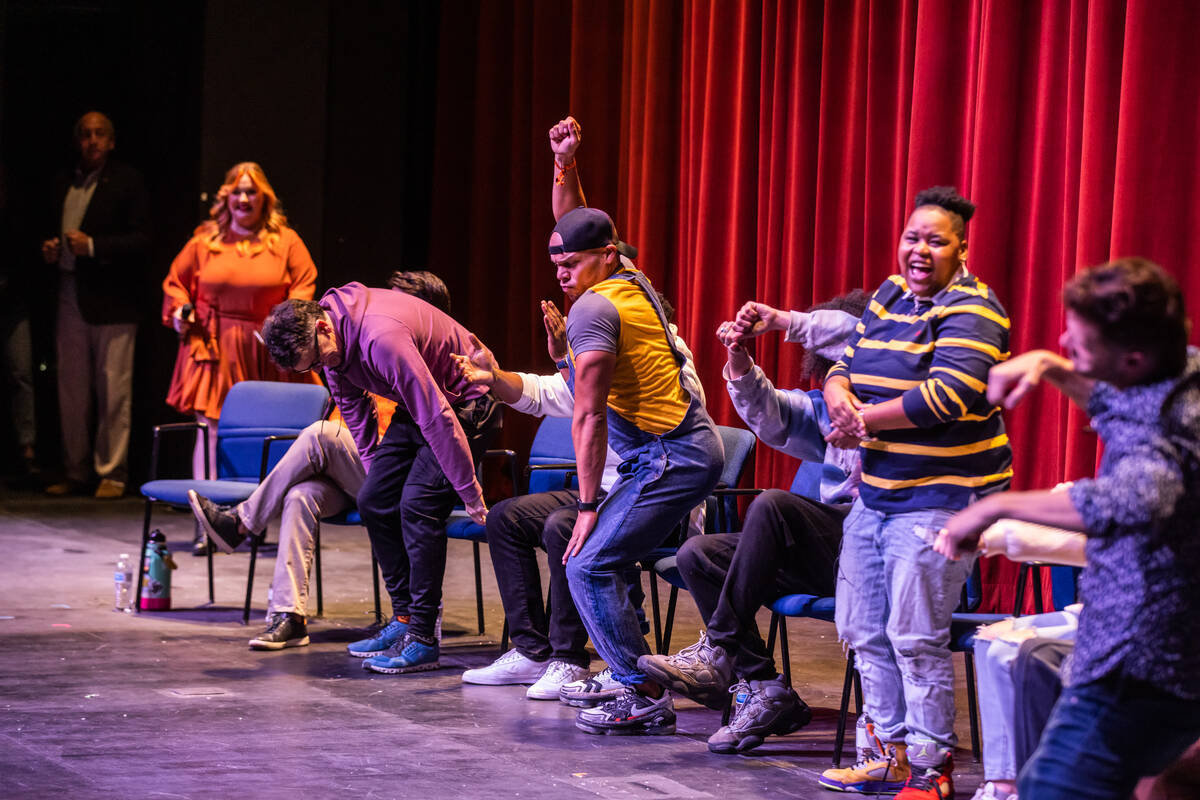 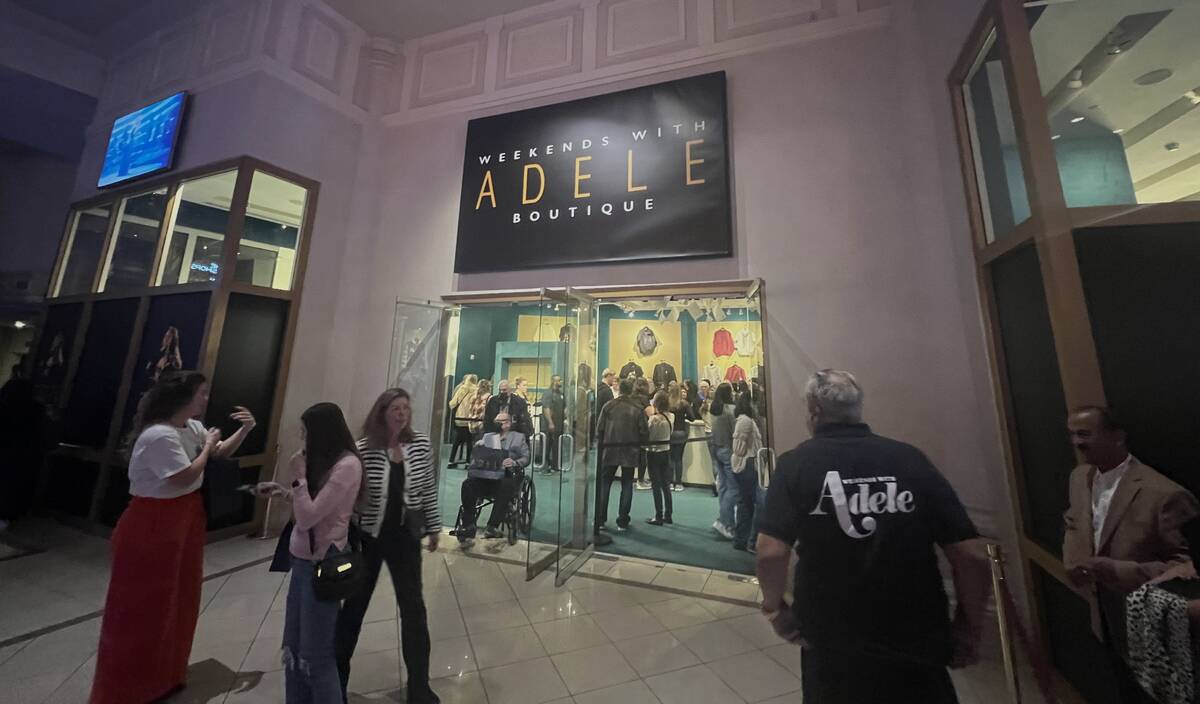 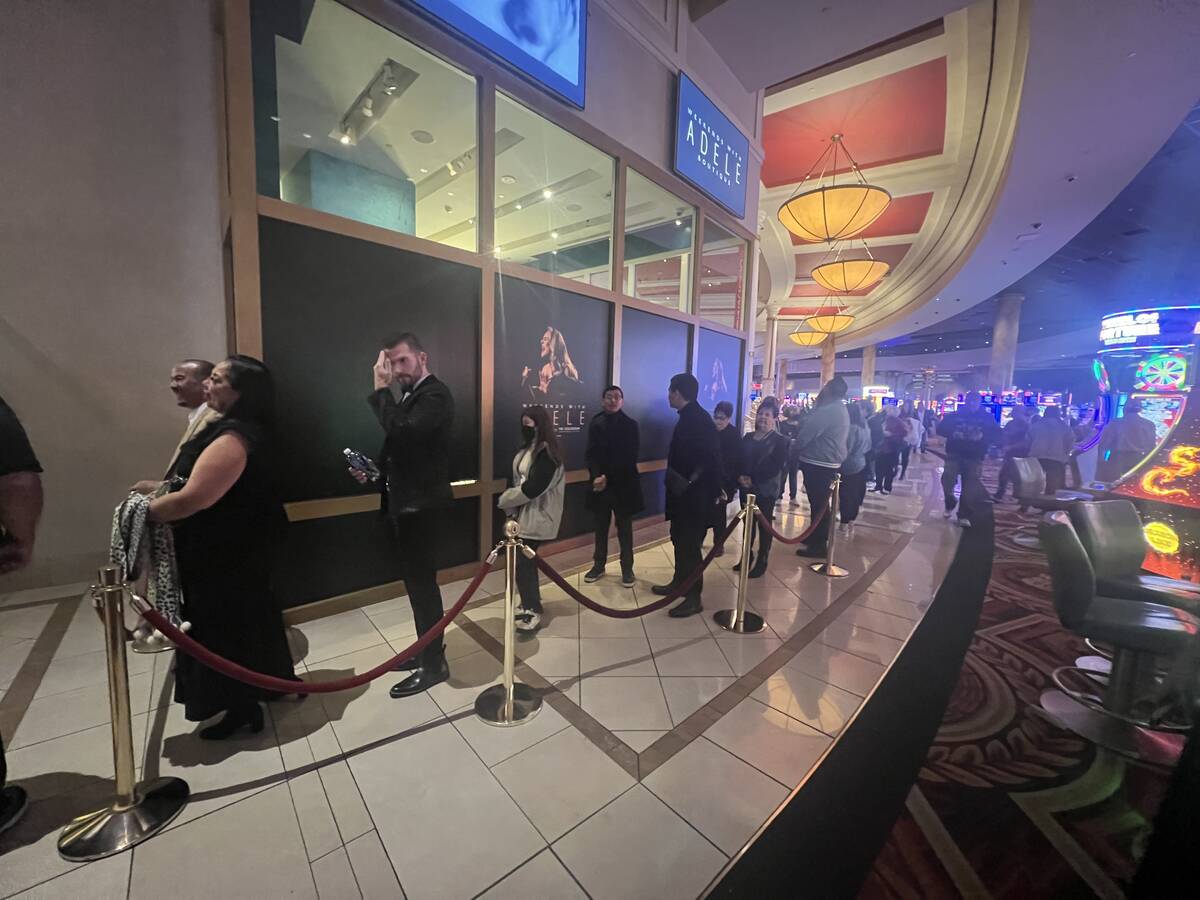 The Kats! Bureau at this writing is Cafe Americano at Caesars Palace. The pink sign over the bar reads, “No Last Call Baby.”

That can mean a number of things, including, “No, your last call should be to a baby.”

But it indicates the place serves 24/7, which should please Team Adele. That crew has been keeping long hours in this building to get “Weekends With Adele” ready. I’m actually feeling a little edgy about this one. The superstar’s anxiety about this residency, which she noted on social media Thursday, feels a little contagious. Time to get No. 1 in the books.

Until then, the Weekends With Adele Boutique is open as of 5 p.m., in time for holiday shopping needs. The Adele-styled, Welcome To Fabulous Las Vegas sign shot glasses are a great stocking-stuffer.

The cast of “Freestyle Love Supreme” made an appearance at Las Vegas Academy on Thursday morning. Those plans were known in advance. What was kept a secret was Lin-Manuel Miranda would join the presentation. When he stepped onstage, the kids went ape.

“We always try to kind of give back, wherever we go,” Miranda said. “That’s always a component,wherever we stop. We talk about this show, particularly, the elements that make it successful are also the things you need to have a good life. It’s collaboration, knowing how and when to say,“Yes,” and it’s all very actionable beyond the specifics of a hip-hop/improv show.”

The news out of Thursday’s Barry Manilow show wasn’t just that Tiësto was in the crowd, but he was grooving — with glow stick — to “Copacabana.” The Zouk Nightclub headliner and longtime Strip groundbreaking DJ was in a VIP booth with is wife, supermodel Annika Backes.

Manilow brought the full production, including his club-like fake smoke and strobes during the closing “Copacabana” number. Wild night.

On the topic of International Theater and shows planned for the place, “This is Christmas” is not playing the showroom after all. The lavish, talented Pat Caddick production was in talks to perform in December. But it seems too tight a window for too much show for this holiday season.

Manilow’s own “Very Barry Christmas” show runs Dec. 1-3 and Dec. 8-10. “This is Christmas” was a pandemic success story, flourishing last year at The Palazzo Theatre. That venue is in for a busy spring, with the “Six” musical opening March 21.

Vegas vet Trixx opened for Luenell the night we rolled in, and comedy legend George Wallace turned up, unbilled. George said he was in several cities “yesterday,” and also reports he bought six houses in Detroit for $60. Something like that. Very funny, as always.

We should not let another day go by without noting “X Country” celebrated its seventh anniversary at Harrah’s Cabaret on Nov. 10. The Stabile Productions’ adult revue will always be remembered as the first ticketed production on the Strip to perform in the pandemic reopening. A noble cast. May it groove for eternity.

Comedy star Amy Schumer, at “Absinthe” on Thursday night, same night she headlined at The Theatre at Resorts World. She reportedly loved the show, and the cast loved that.

Las Vegas’ Queen of Cool Hangs is restarting “The Sit In” at 7:30 p.m. Sunday. We speak of Kelly Clinton-Holmes, moving her popular variety show to the Copa Room at Tuscany Suites this weekend. Mike Clark (and his dazzling jacket) is music director.

Expect an influx — influx, I tell you! — of talented guest stars. Wonderful vocalist Ms. Monét (who has toured with Boz Scaggs), rocker Stephanie Calvert and comic Geechy Guy (killing ’em, 10minutes at a time) are on the opening-night bill. Cover is $20; hit up the Tuscany box office for details.