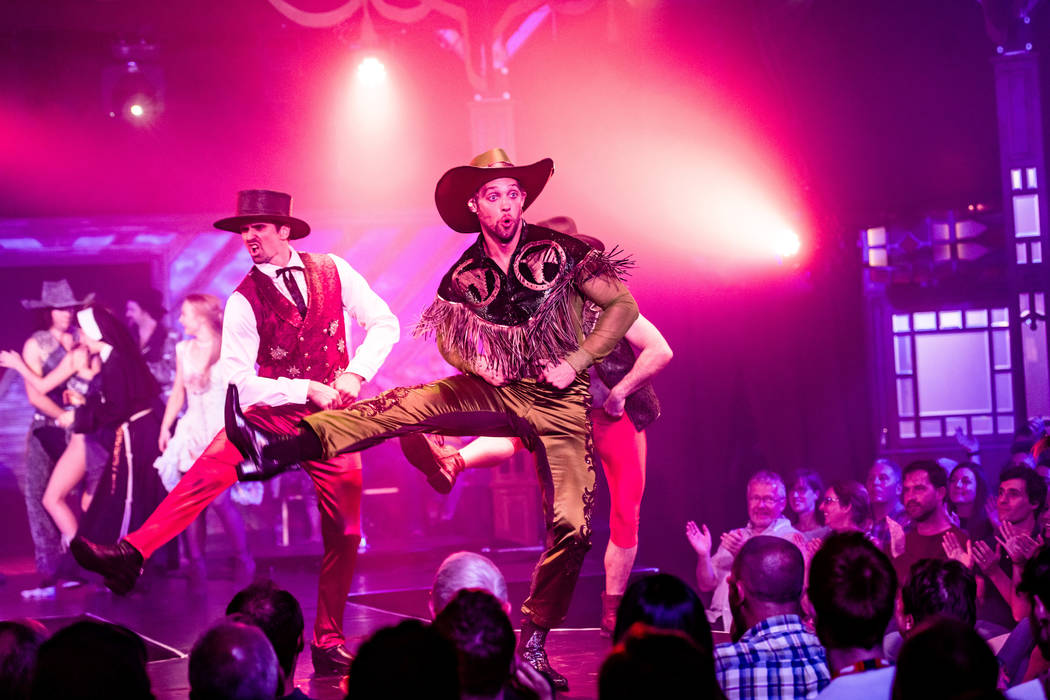 Colin Cahill as Blue Jackson starts the party in the brothel in "Atomic Saloon Show" at Edinburgh Festival Fringe on Aug. 6, 2019. (Mihaela Bodlovic) 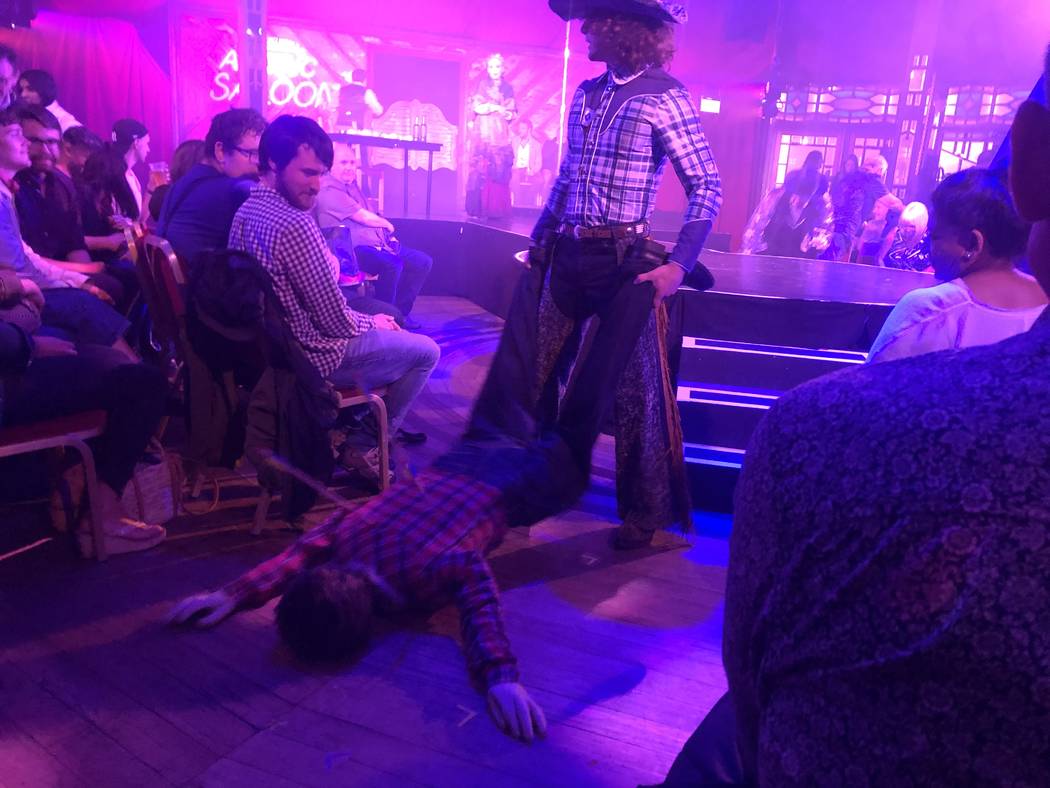 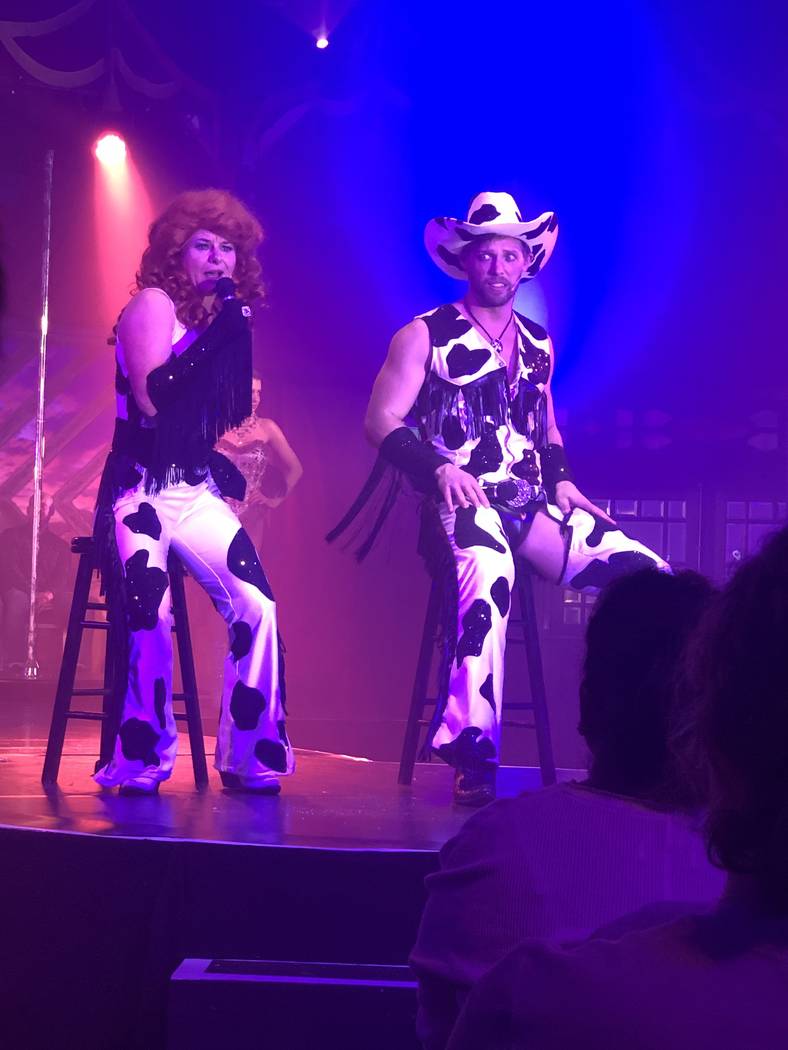 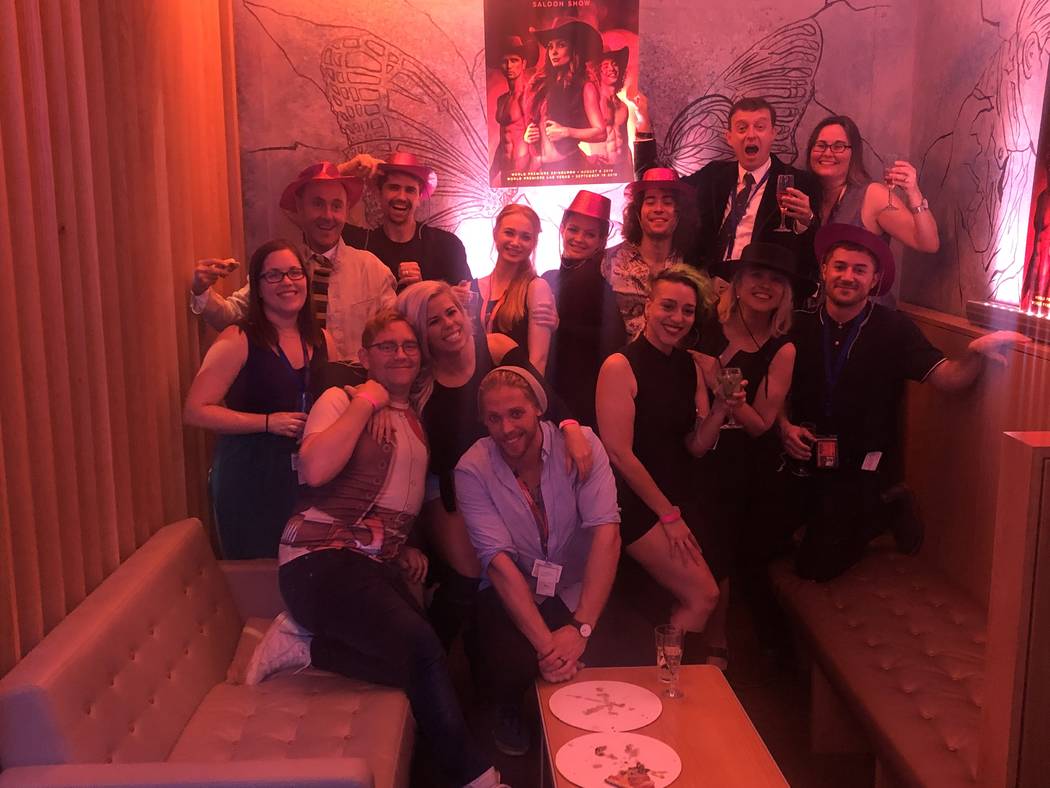 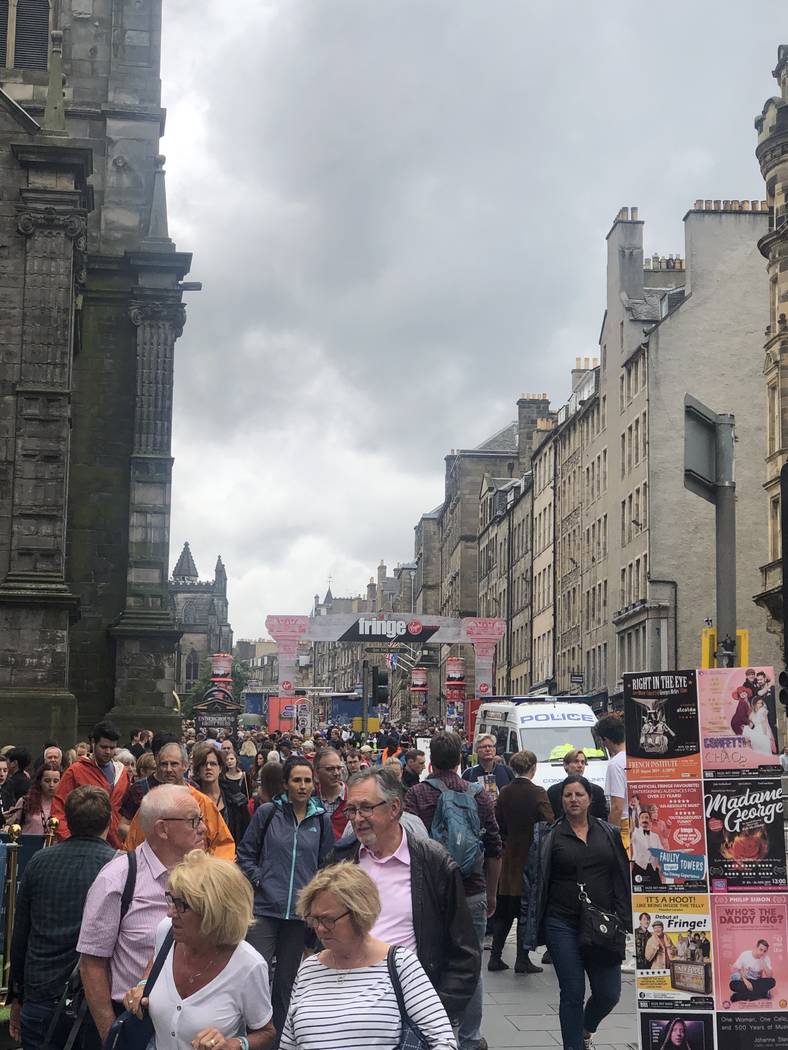 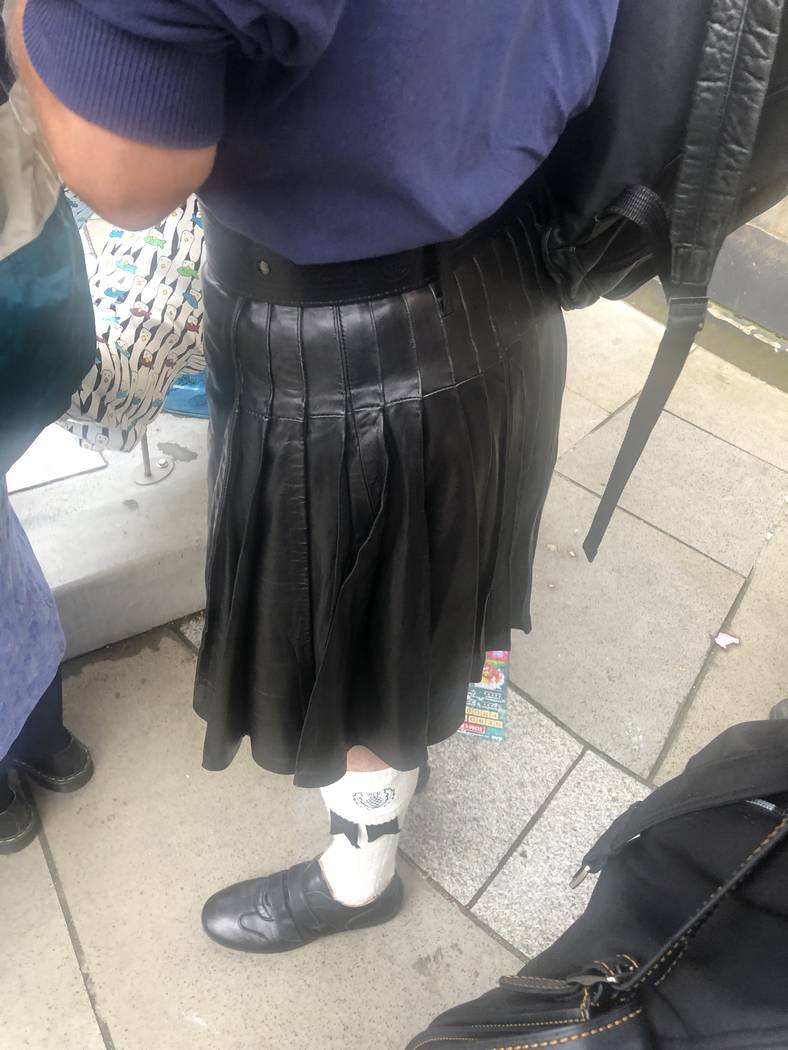 EDINBURGH, Scotland — The Kats! Bureau is Assembly George Square Gardens, the heart of Edinburgh Festival Fringe. The espresso is flowing, we’re between drizzles and someone with a brogue accent (I think Scottish) asked, “What is chaos about, sir?” I said, “Once more?” which I say a lot during this trip.

Then he pointed at my open umbrella, which is from — I’m not kidding — Kaos Nightclub and Dayclub in Las Vegas. I told him where I was from and about the club, and he said, “You need money for honey in Las Vegas.”

I said I’d pass along that phase to our tourism officials.

The VIP premiere of “Atomic Saloon Show” was Tuesday night, a 10:10 p.m. performance for an audience peppered with Spiegelworld staffers. Founder Ross Mollison led the group, rejoicing in the slamming opening performance of the show, which will open Sept. 8 at its renovated Atomic Saloon (the old Act space) at The Venetian’s Grand Canal Shoppes. The show is playing at Palais du Variete Spiegeltent, with a nearly in-the-round design and atmosphere — folding chairs, a small central stage — similar to the “Absinthe” Spiegeltent.

We’ll post a full accounting of the opening night performance and an interview with Mollison in a subsequent post. But the opening song, performed by Colin Cahill as Blue Jackson the Singing Cowboy, addresses a cowpoke’s dual thirst for lust and fisticuffs. This ditty might need some editing (at least in the title) before it hits the Strip.

Spiegelworld has found a show that matches the high standards of lowbrow comedy and dazzling acrobatics set by “Absinthe” and “Opium” on the Strip. Fringe audiences are said to be a tough nut to crack for comedy, but the audience Tuesday loved the production. We’re checking back again Thursday for another look-see.

During my spree of shows I’ve enjoyed the diversity for which Edinburgh is famous. Australian comic Sam Taunton, performing in a curtained Edinburgh University classroom or conference room, performed a great stretch about WiFi. “Where is it, the WiFi? It’s here! In the air! I’ll open the door and let it out!” He’s not played Vegas ever, but would be a good fit as host or middle comic at the city’s comedy clubs, for starters.

What happens on a rainy day #EdinFest @edfringe …

Brought to the stage by Italian production company Circo E. Dintorni, the show drew an energetic standing ovation, a classic example of how dazzling acrobatics can be — if you haven’t been exposed to a steady diet of Cirque du Soleil and Spiegelworld and such shows as “Celestia” and “V — The Ultimate Variety Show.” Blame or credit those companies for widespread exposure to this medium.

How we close it. @AtomicSaloon is @Spiegelworld at its best. Consistently funny, advanced, well-performed. Aggressive trouser bulges, double-entendres, a nun with a pingpong-ball and xylophone act. Sharp writing: “Ahm lahk a saloon door. Ah swing both ways.” pic.twitter.com/xU3r5KqsJY

So, I watched the Black Blues Brothers performance as if I was a producer or director of a Strip show. I’d want to break it down to a single, great act — or a series of few solid, five-minute acts — and use those artists in rotation in a show like “Absinthe.” That’s the approach Spiegelworld has used to fill its productions with inspired international artists, many of whom have performed at the Fringe.

How we close it. @AtomicSaloon is @Spiegelworld at its best. Consistently funny, advanced, well-performed. Aggressive trouser bulges, double-entendres, a nun with a pingpong-ball and xylophone act. Sharp writing: “Ahm lahk a saloon door. Ah swing both ways.” pic.twitter.com/xU3r5KqsJY

This year marks the 10th anniversary of Mr. Piffles’ debut with Piff the Magic Dragon. A year into portraying the costumed dragon, character creator John van der Put was performing his first hourlong show and needed a gimmick.

A young woman running the venue had a chihuahua, so Van der Put snagged the pooch and used him in his act. Then he went out and adopted Mr. Piffles. The unlikely Strip performer was a rescue dog from the coastal city of Dundee, 60 miles or so north of Edinburgh. That’s the canine sidekick used in the show today.