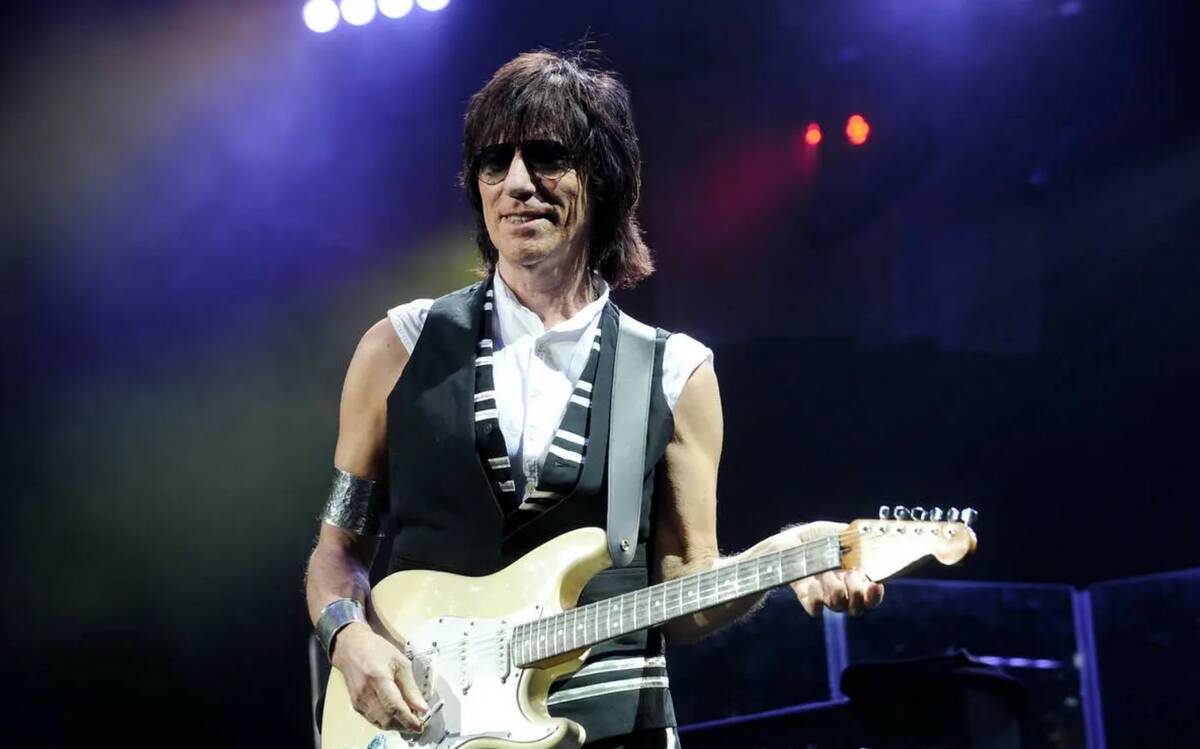 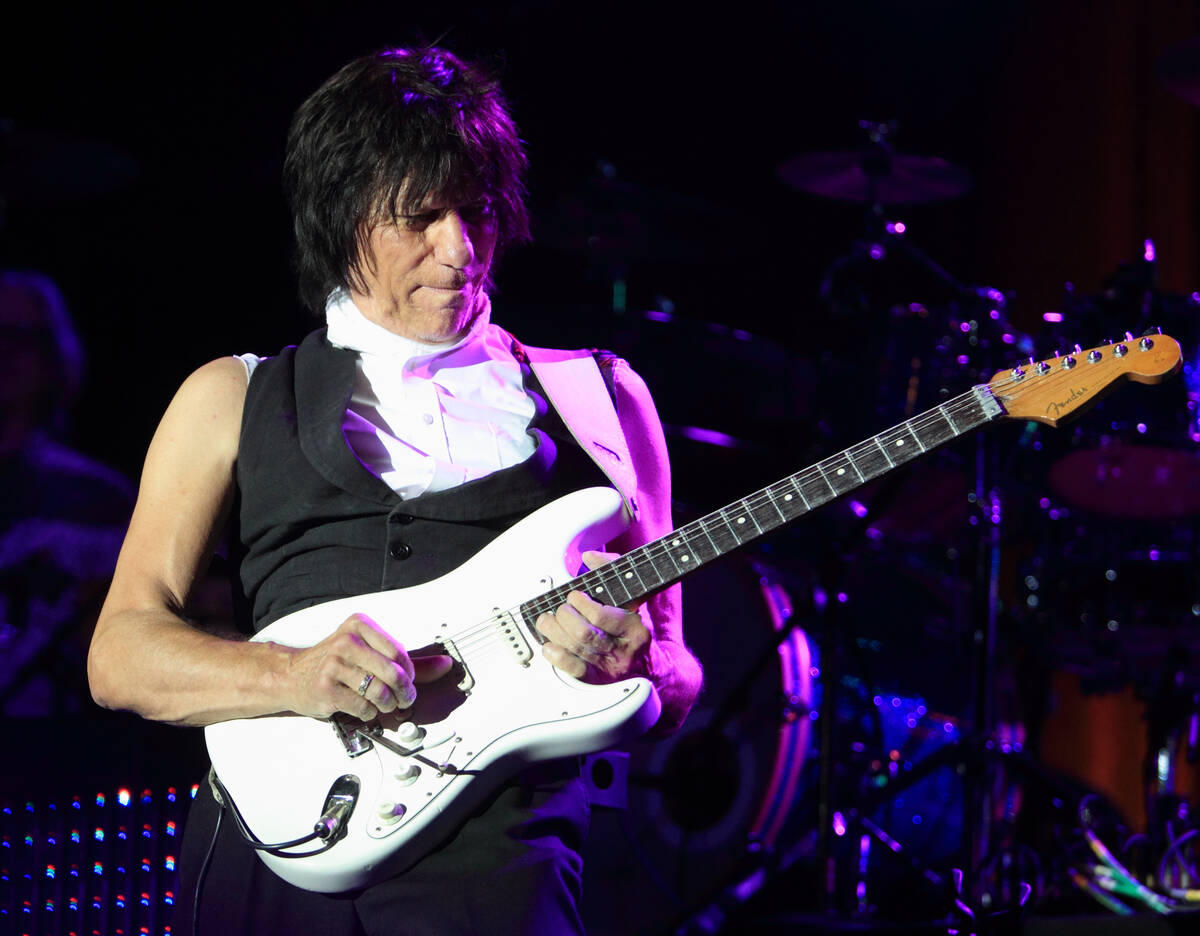 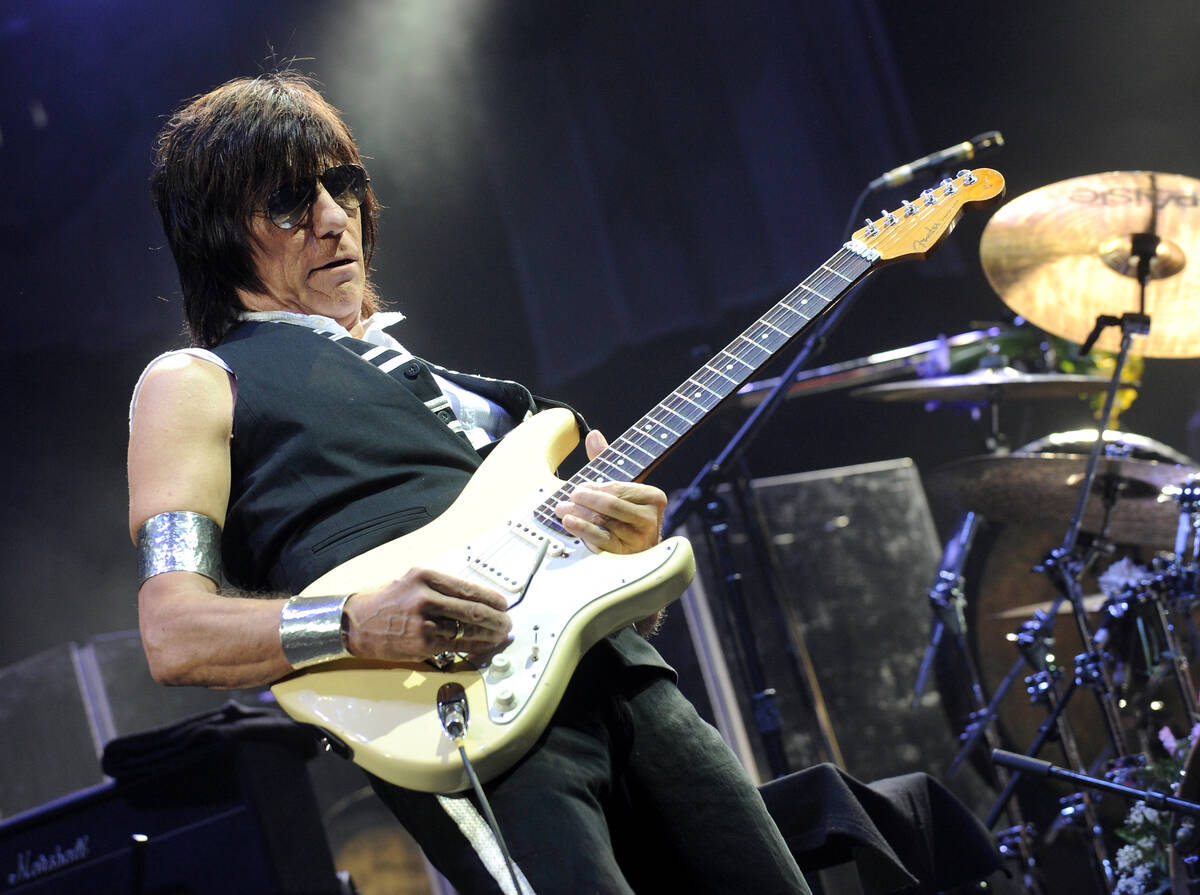 Jeff Beck’s connections to Las Vegas were usually obvious. He was especially close to fellow rock legend Billy F. Gibbons, and appeared at the Pearl at the Palms in November, with Johnny Depp as special guest.

Beck died Tuesday at 78, after “suddenly contracting bacterial meningitis,” according to his representative. The British rock legend co-headlined with ZZ Top, and also Ann Wilson of Heart, for a half-dozen shows through Texas, Alabama and Tennessee in September.

Gibbons said Wednesday he’d known since around Christmas that his friend was in ill health. Nonetheless, Gibbons said it took several hours to gain the composure to issue a statement.

“I met Jeff Beck when I was 17. I was glad to know a guy like that, a guy who was able to show me how this guitar-playing thing should be approached, and that’s still very much the case,” Gibbons said. “Jeff’s was a wondrous soul and we already miss him terribly but take comfort in the fact that he’ll be with us forever.”

The two guitar greats had actually discussed Beck joining the band’s most recent run at The Venetian Theatre in December, but their schedules didn’t match. ZZ Top and Beck co-headlined The Joint at Hard Rock Hotel (today’s Theater at Virgin Hotel) in August 2014.

Beck also co-headlined the Pearl with Brian Wilson of the Beach Boys in October 2013.

But Beck’s Vegas-styled collaborations were not always so apparent. Las Vegas Strip headliner Donny Osmond was a guest vocalist on Beck’s video of the 1985 single “Ambitious.” Osmond continues to play that clip in his show at Harrah’s.

Beck was known to be a vintage-car buff, a passion he shared with Gibbons. In a 2013 interview, he said he had rifled through hot-rod magazines as a teenager. “I just loved the chromed engines and, just, it was glamorous. How could a car be that glamorous, with white-wall tires, when you had the mundane little soapboxes that we had?”

Beck arrived in the States with the Yardbirds in the mid-1960s. He recalled in 2013, “It unfolded like a surreal dream, really. By the time I hit Vegas, I’d seen my first Bucket T and got taken for a ride in it. The rest is history.”