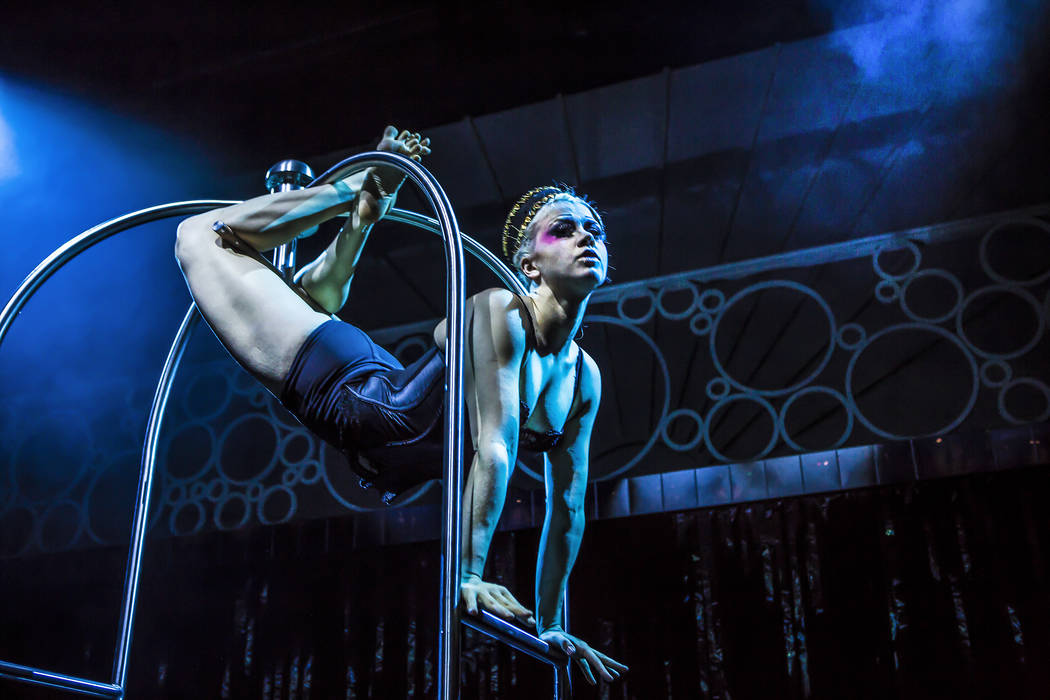 A scene from “Blanc de Blanc,” which opens at the Foundry at SLS Las Vegas/Sahara on Friday, Aug. 16, 2019. (Pamela Raith Photography) 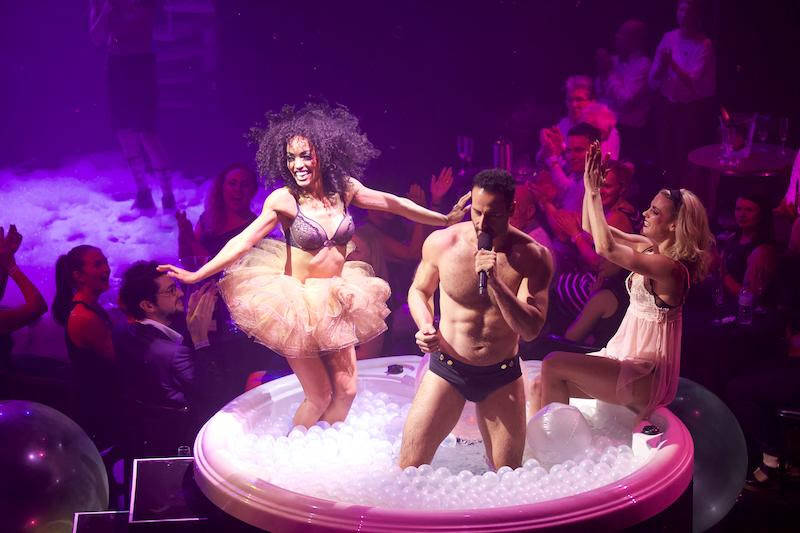 A scene from “Blanc de Blanc,” which opens at the Foundry at SLS Las Vegas/Sahara on Friday, Aug. 16, 2019. (Pamela Raith Photography)

The show is called “Blanc de Blanc.” A fitting subtitle would be “The Hot Tub VIP Cabaret!”

Yep. A real hot tub is to be a primary stage effect in “Blanc de Blanc,” which opens at the Foundry at SLS Las Vegas/Sahara on Aug. 16. The show has been rumored to be arriving on the Strip for the past three years. The show performs at 7 p.m. Thursdays through Mondays, with additional 9:30 p.m. shows Saturdays. Tickets range from $49 to $129 (not including fees, and Hot Tub tickets are priced for groups) and are on sale now at slslasvegas.com.

The resort’s main entertainment venue is being renovated specifically for this show.

”We’re reworking the whole space, and if you have been in the Foundry before, you won’t recognize it,” show creator and director Scott Maidment said Tuesday in an interview from Melbourne, Australia. “The audience is a lot closer, up close to the performers. The central thing is the hot tub, a ‘reveal’ where the emcee performs in a hot tub in the second half of the show, and audience members will also be in hot tubs. They can jump in with the emcee, too. We’ve had people sitting right in there with him.”

Splashy. Maidment says the aquatic seating option is “a great date night” (well, duh). This horseplay takes place in what is currently the Foundry’s general-admission section, which will be primary — but not only — performance area for “Blanc de Blanc.”

“In Vegas, you can actually book a ticket where you can see the whole second half of the show from the hot tub,” Maidment said. “You can bring your swimwear, and you can sit in the hot tub, drinking champagne and watching the show. I think Vegas audiences will go for that.”

There will be two such large tubs, suitable for six audience members (or, one nomadic columnist with an entourage of five).

Of course, there is much more to the international traveling production than just Jacuzzi action. Created by Australia’s independent Strut & Fret Production House, which produces multiple touring shows, “Blanc” offers a variety of interlocking sequences. These include acrobatic acts (including a human-balancing team), spinning aerial performances and in-your-lap dance numbers.

The setting is a French cabaret hearkening to Moulin Rouge, with an Armani model-type emcee guiding the story line.

“The night starts of smooth and sophisticated,” the director says. “Then it gets crazier and giddier. Pretty soon, you’re up dancing with the cast and partying and everyone is drunk.”

That pitch, and the show’s success in extended appearances at the Sydney Opera House, London’s West End, the Brisbane Festival, Adelaide Festival, the Hippodrome in London and Paradise Island Resort in the Bahamas, convinced hotel owner Alex Meruelo to sign the production.

Maidment and Meruelo actually shook on the deal late last year over burgers at Umami Burger at SLS. Meruelo Entertainment President Jeff Henry had scouted the show for months before then, with the SLS/Sahara property stepping in just as execs were developing plans for their new brand and hotel renovation.

“We had about half a dozen who wanted to get the show into their venue, but for one reason or another those things didn’t pan out,” Maidment says. “But the timing with the SLS going back to the Sahara is perfect. They’d actually heard on the grapevine about the show and told us there were exciting things happening with Sahara and the SLS that are pretty exciting.”

Maidment says word of “Blanc” coming to town has led to talk of other shows setting up in Las Vegas.

“We’ve performed in 32 countries across the world, and because this has taken so long to have our Vegas debut, we have two other shows in the pipeline for Vegas,” Maidment said, adding that the soon-to-be Sahara is in talks for another of his shows. “We’re excited for Las Vegas. The two worlds finally aligned, and we’re off and running.”