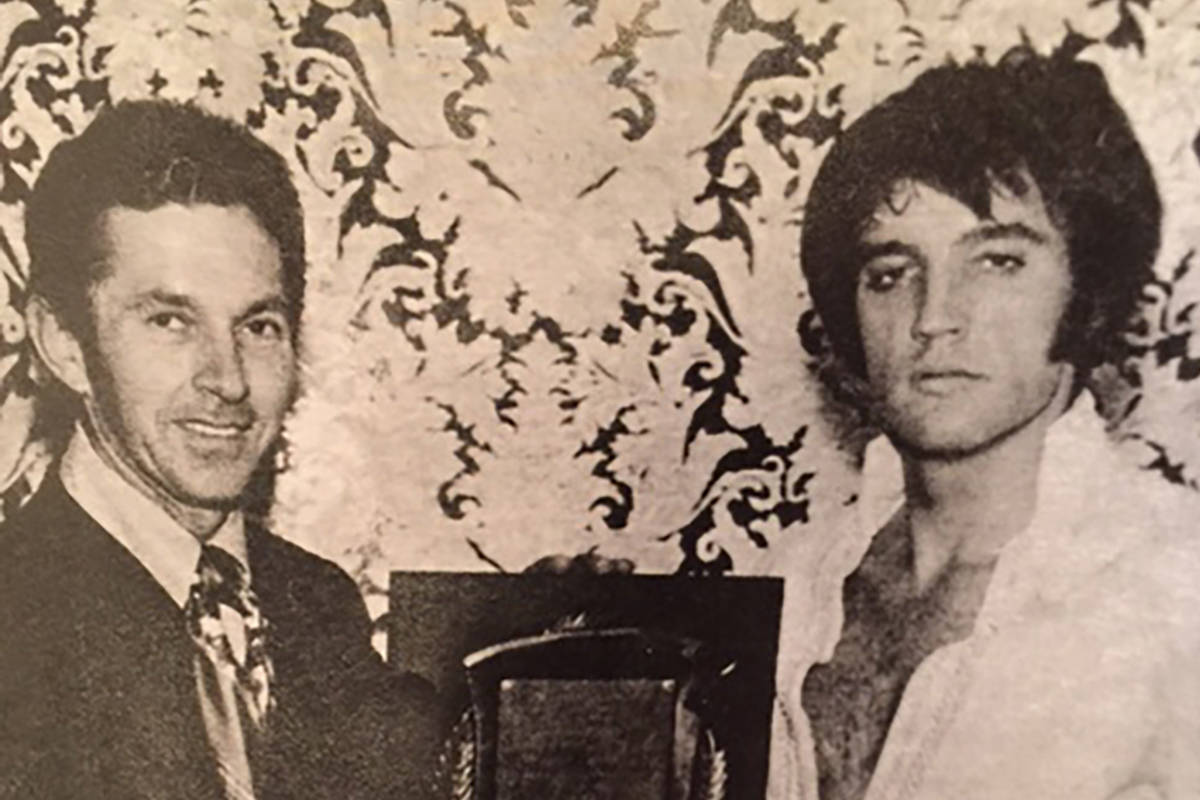 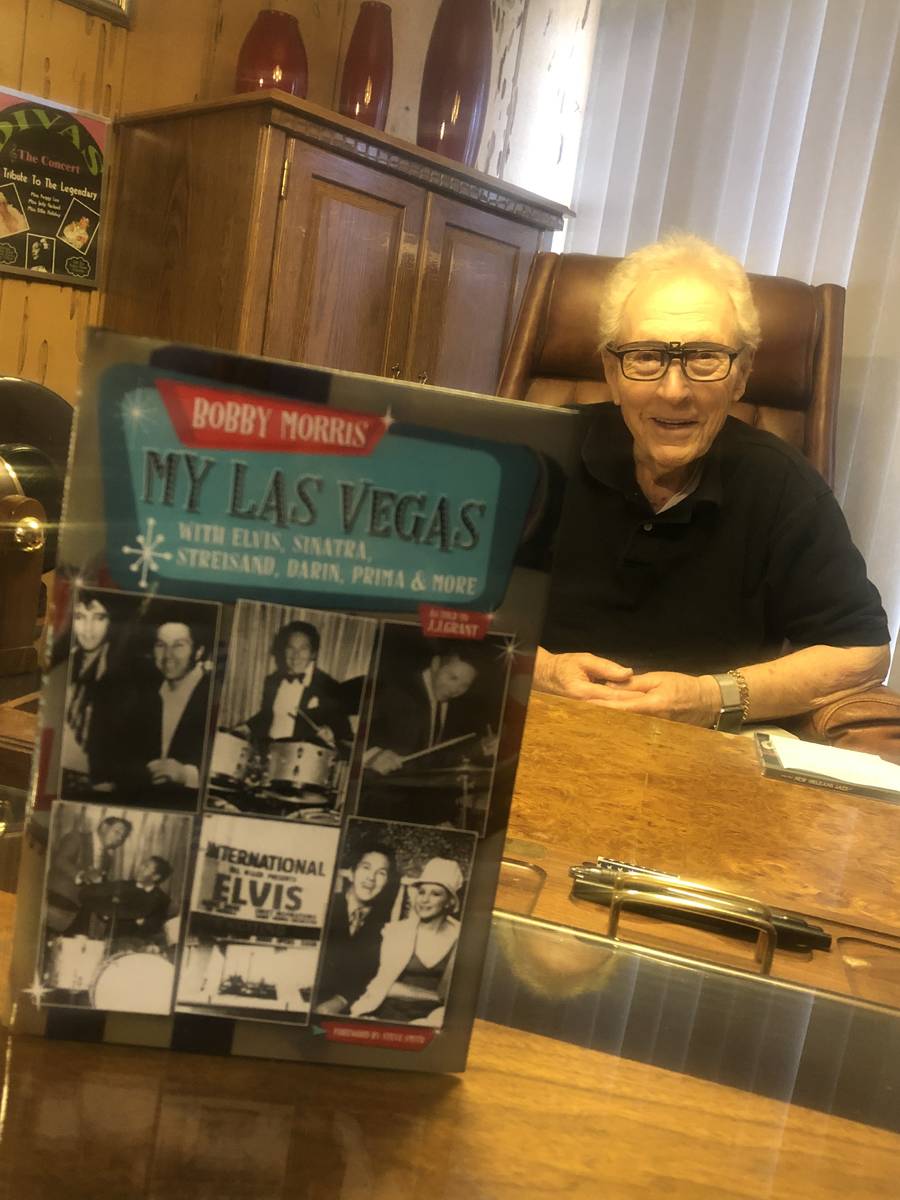 Drumming icon Bobby Morris is shown with his new book, "My Las Vegas," at his office in Las Vegas on Thursday, May 29, 2019. (John Katsilometes/Las Vegas Review-Journal) 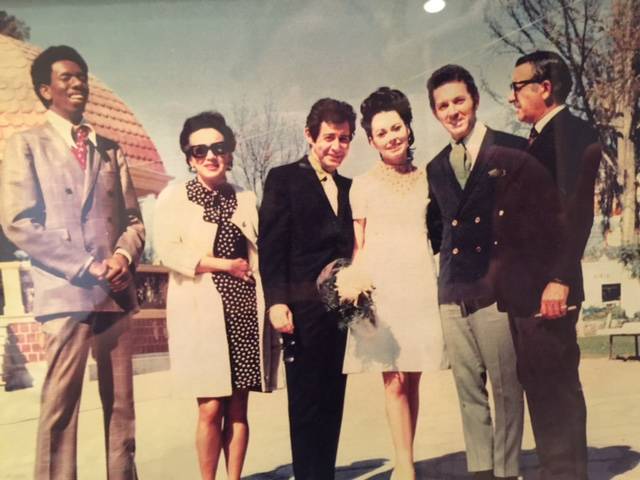 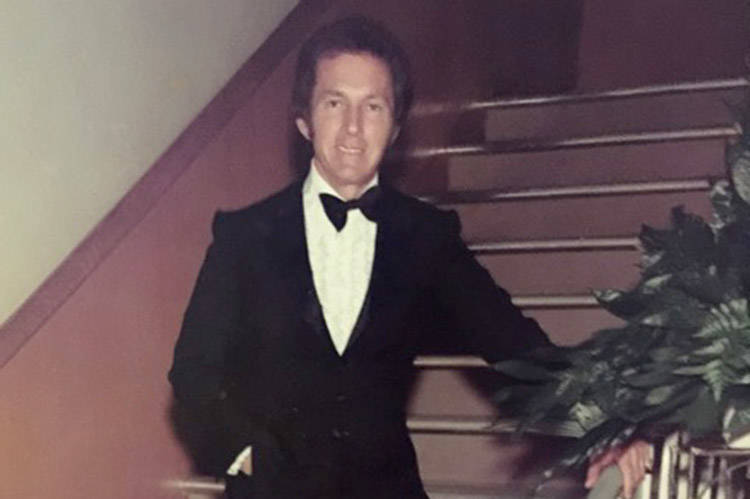 A trip to Bobby Morris’ office on East Sahara Avenue was akin to a trek through time, a guided tour through to the golden age of Vegas entertainment.

Morris, a fabulous drummer and Vegas booking agent for more than a half-century, was shown photographed with all the stars. Elvis, Wayne Newton, Liberace, Barbra Streisand. As they say, if these walls could talk. But Morris could, through his music and storytelling, a man who was so comfortably and proudly a figure in the city’s rich live-entertainment history.

An icon among Vegas musicians, Morris died Saturday in San Diego at age 93. His wife, Joan, who called Morris “the love of my life,” said he died peacefully. Morris also is survived by his sons Daryl, Steve and Robbie. A celebration of life will be held at 1 p.m. Thursday at Palm Eastern Mortuary and Cemetery, 7600 S. Eastern Ave.

Morris moved to Las Vegas in 1950 from his original home in Brooklyn, where he learned to play drums while working as a shoe-shiner. Over his music career he was the backing drummer to the stars, as the beat of the city’s relief bands that were called in to perform for major headliners.

“I was with a relief band where you play a show every night and they pay twice as much so I was making $210 a week because this required some of the best musicians in town,” Morris said in 2019. “So I played for every major star that worked Las Vegas at the time and we would come in and do their show.”

Thus, Morris became friends with, and accompanied, some of the Strip’s most famous entertainers, including Presley, whom he conducted for starting with Presley’s opening night at the International Hotel on Aug. 31, 1969 at the. Morris also conducted for Streisand and Danny Kaye, and accompanied the likes of Frank Sinatra, Newton, Ella Fitzgerald, Danny Thomas, Liberace, Peggy, Lee, Judy Garland, Sarah Vaughan, Robert Goulet, Bobby Darin and Eddie Fisher. When drumming legend Buddy Rich needed a second drummer, he summoned Morris.

Morris was especially well-known as the drummer for Sam Butera and the Witnesses, backing band for Louis Prima and Keely Smith, and was part of many of Prima’s recordings at Capitol Records in Hollywood. In in his tenure with The Witnesses, Morris coined the slick beat technique known as “The Morris Shuffle.”

Morris also performed at the 1961 pre-inaugural ball for President John F. Kennedy, with Prima, Smith, Butera and The Witnesses. Sinatra hosted the event.

Morris went on to establish his own talent agency from his office on East Sahara. He was instrumental in management, booking and entertainment direction for many entertainers on and off the Strip.

Morris chronicled his storied life in the 2019 memoir, “My Las Vegas.” He is known around town as the exec who gave Santa Fe & The Fat City Horns their new name for Las Vegas. He asked the teenage front man, Jerry Lopez, where the band was from. “Santa Fe,” Lopez told Morris. So instantly, that became the band’s Vegas name.

“Bobby Morris was my first agent. I was 19 years old and he basically discovered my brothers and I and groomed us for the big time in Las Vegas,” Lopez said Monday. “We remained friends the rest of his life and he was always like a proud papa whenever he would see my band perform. He will be greatly missed.”

Morris continued to perform into his 90s. His final Vegas appearance was during “The Dennis Bono Show” at South Point Showroom in June 2019, just a week before his 92nd birthday. He performed the jazz standard ”Cherokee” with the band.

That performance was to promote an upcoming book signing, during which Morris was joined by fellow drumming great Steve Smith of Journey.

Morris certainly was proud of his history in the city, and also of his kinship with fellow musicians.

“I’m playing all the time, and my hands are in good shape,” Morris said in May 2019. “In fact, Herbie Hancock’s drummer, Mike Clark, just called me and told me he’d read the book and loved it. Can you believe that? I am so happy.”