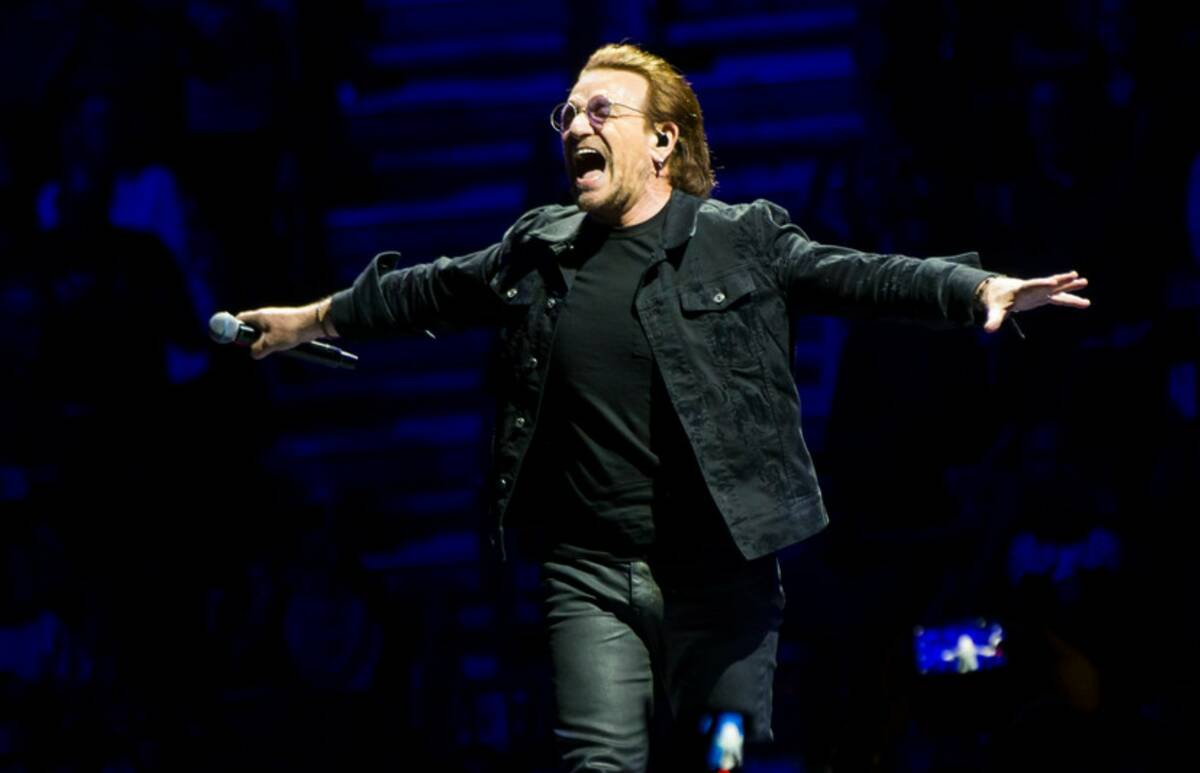 Bono of U2 performs at T-Mobile Arena in Las Vegas on Friday, May 11, 2018. (Chase Stevens/Las Vegas Review-Journal) 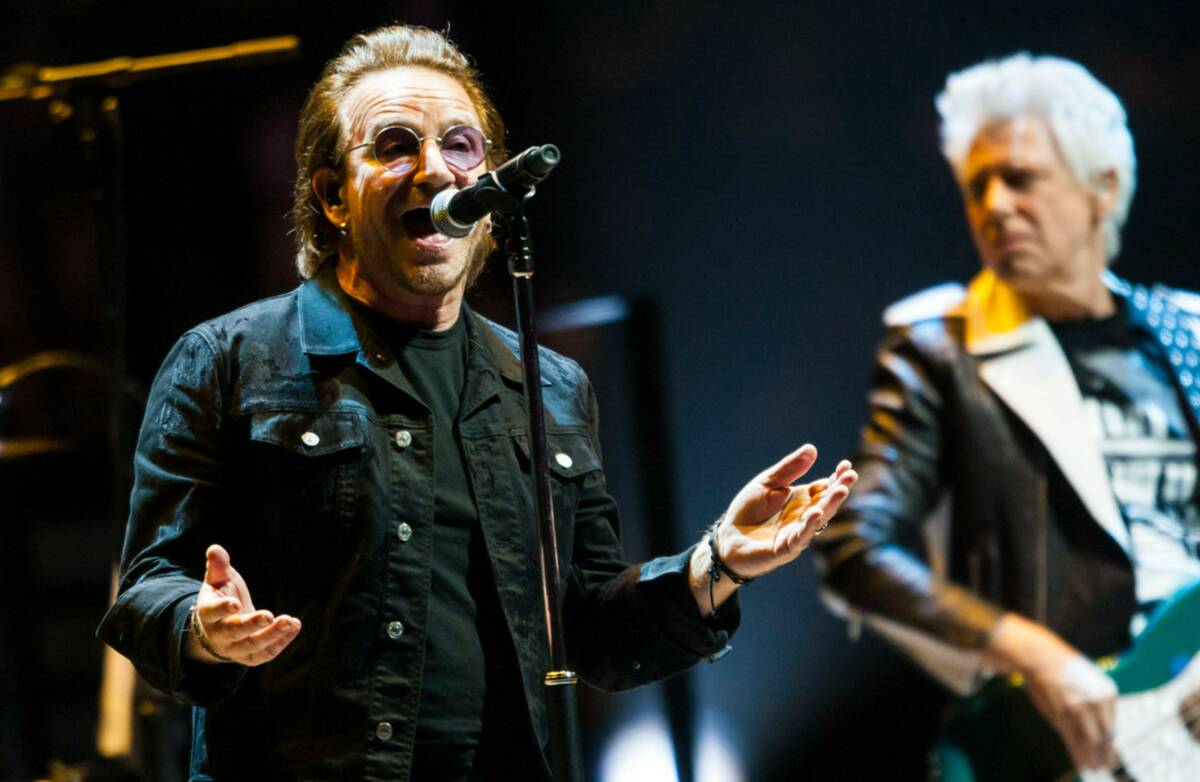 Bono of U2 performs at T-Mobile Arena in Las Vegas on Friday, May 11, 2018. (Chase Stevens/Las Vegas Review-Journal)

The Edge has reportedly been sharing some renderings of the show with actor and “SmartLess” podcast host Sean Hayes. And Bono has both teased to and denied the Vegas residency in that podcast, co-hosted by Jason Bateman and Will Arnett.

In an exchange from an upcoming episode of “SmartLess,” reported by the Irish Sun tabloid pub, Hayes told Bono he’d recently had dinner with The Edge. The musician showed Hayes plans for the U2 show at The Sphere, saying, “It’s incredible.”

Hayes elaborated, “The Edge told me that you guys are going to go on tour in Las Vegas and he showed me the renderings of this new theater, it’s going to be unbelievable. It’s a brand-new venue, right?”

Bono answered, “You are a news network now, because that’s breaking news! Blame it on Edge! But it’s great.”

This is likely the closest we’ve seen of a U2 confirmation of opening at the 17,500-seat venue, still under development behind Venetian/Palazzo. We expect word within the month that U2 will premiere at The Sphere in late September, playing a dozen shows over six weekends.

The 62-year-old Bono hedged on these plans, saying, “We haven’t signed off on it but if we do, if we do sign off on this, I will say that if we can pull off what we’re talking about, it’s not like anything we’ve ever done before.

“It’s nothing like Las Vegas has ever seen before. If this happens, this will be really extraordinary.”

There is no word on whether drummer and band co-founder Larry Mullen Jr. would participate in the Vegas shows. He told the Washington Post in December he will undergo surgeries this year that will keep him off the stage this year.

Mullen has been battling neck and elbow problems, and also has a history of knee and back ailments.

This week, the band announced the March 17 release date for “Songs of Surrender,” its reimagined and and re-recorded collection of 40 past songs.

Planet Hollywood headliner Criss Angel checked out David Blane’s uber-entertaining “In Spades” show at Resorts World Theatre on Sunday night. No barbs, just cards, in this one. Angel stood as Blaine took questions from the audience. Blaine had just finished his 11-minute breath-hold number (fantastic) and mentioned his daughter prefers him to stay onstage while recovernig from the act.

As Blaine chatted with the crowd, Angel rose without introduction from his seat in the middle of the lower section. He related his son Johnny Crisstopher’s fight against cancer. Angel also wished Blaine good luck in his run at Resorts World. Blaine nodded, grinned and said, “I would love to meet your son, Criss, and thank you so much. God bless him, and God bless you as well, and God bless everyone.”

Angel later posted a shot of the two backstage, also with a message of congratulations and saying, “Thank you for your hospitality.”

Steven Page is playing The Duomo at the Rio on Saturday night. Barenaked Ladies fans know him as co-founder of the great Canadian rock band. Page left BNL in 2009 for a solo career and headlines with his trio at the Rio at 8 p.m. Go to ticketmaster.com for info.