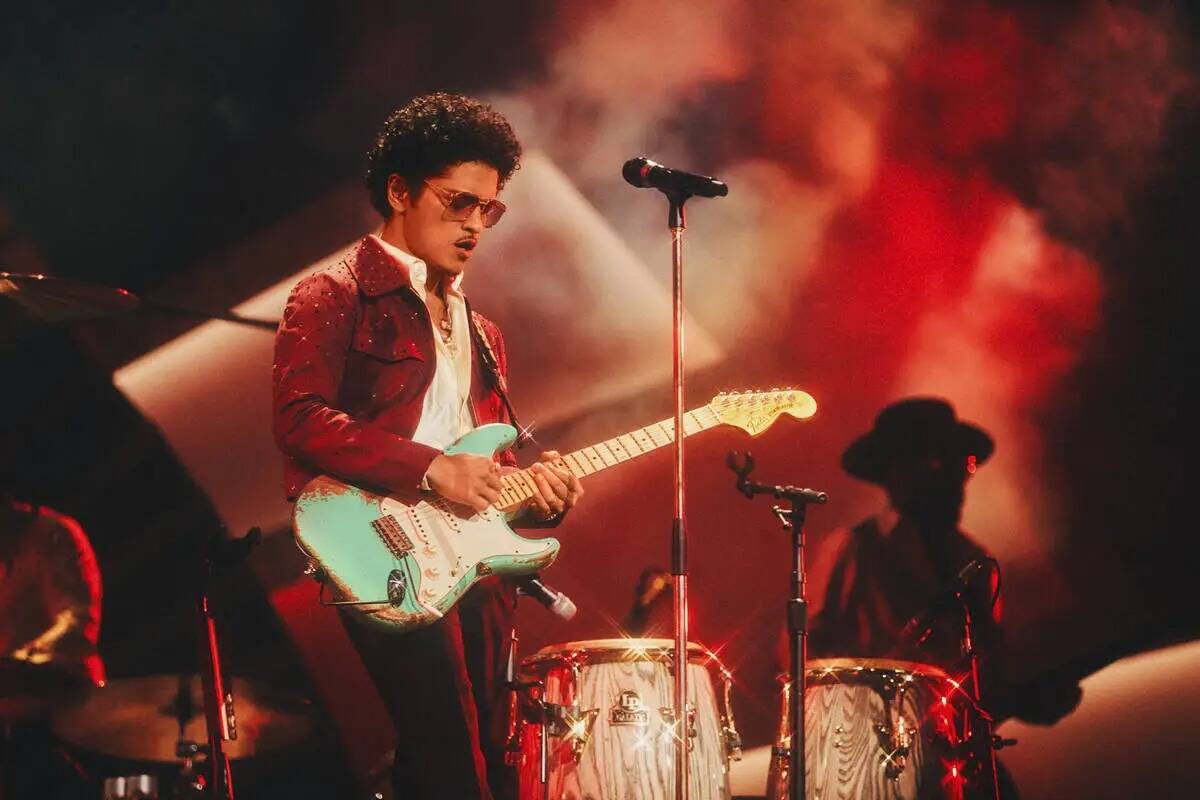 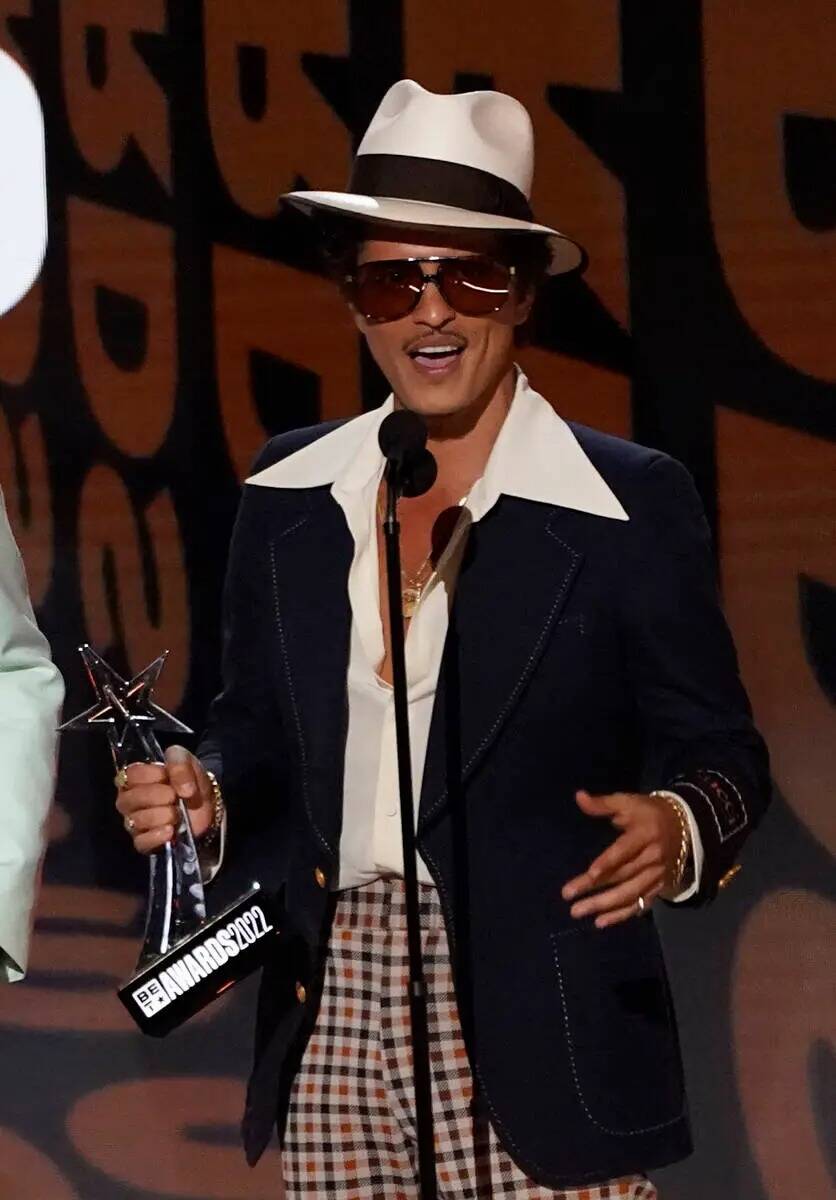 Bruno Mars is shown accepting the award for Album of the Year for "An Evening with Silk Sonic" at the BET awards show at Microsoft Theater in Los Angeles on June 26, 2022. (AP Photo/Chris Pizzello)

Every Bruno Mars show seems like New Year’s Eve. So it makes sense he will actually perform to usher in the new Year with performances Dec. 30-31 at Dolby Live at Park MGM.

Tickets for the two shows are on sale 10 a.m. Friday at ticketmaster.com. They start at $140 (not including fees).

Mars is once more headlining outside his Silk Sonic partnership with Anderson .Paak, which has been a hit residency at Dolby Live but has no dates currently on the books. That series has run its course, until further notice.

Mars has played Park MGM in previous NYE parties, including last year when he announced Usher’s incoming residency. He’s also played T-Mobile Arena and the Chelsea at the Cosmopolitan.