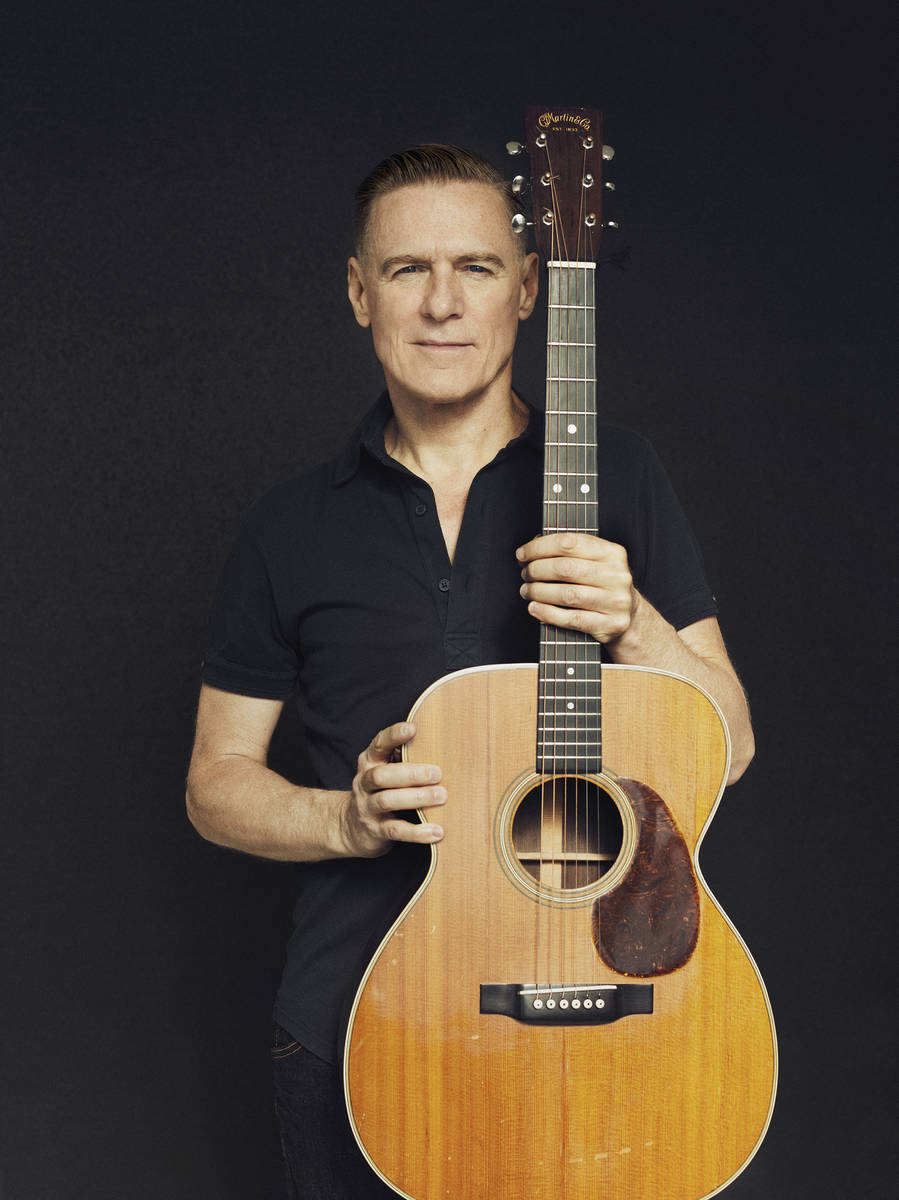 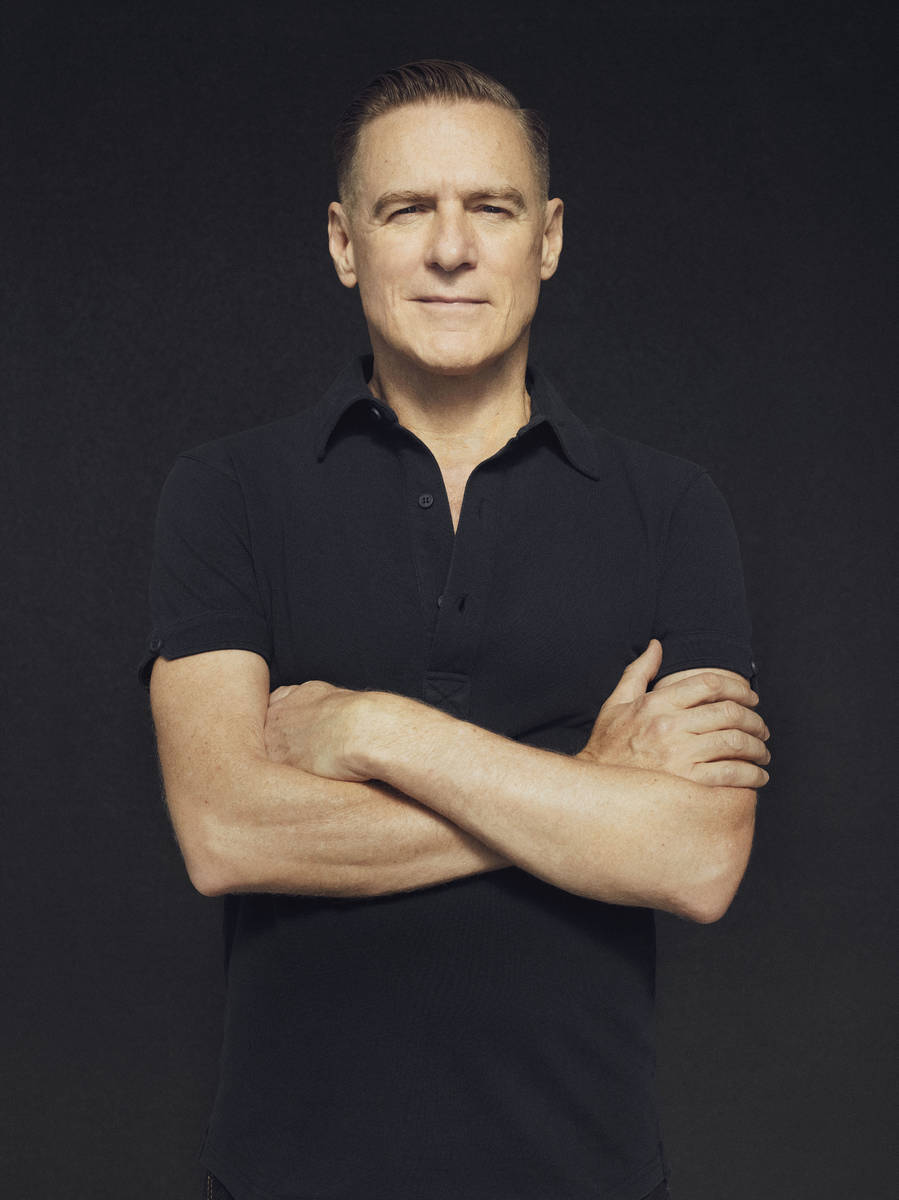 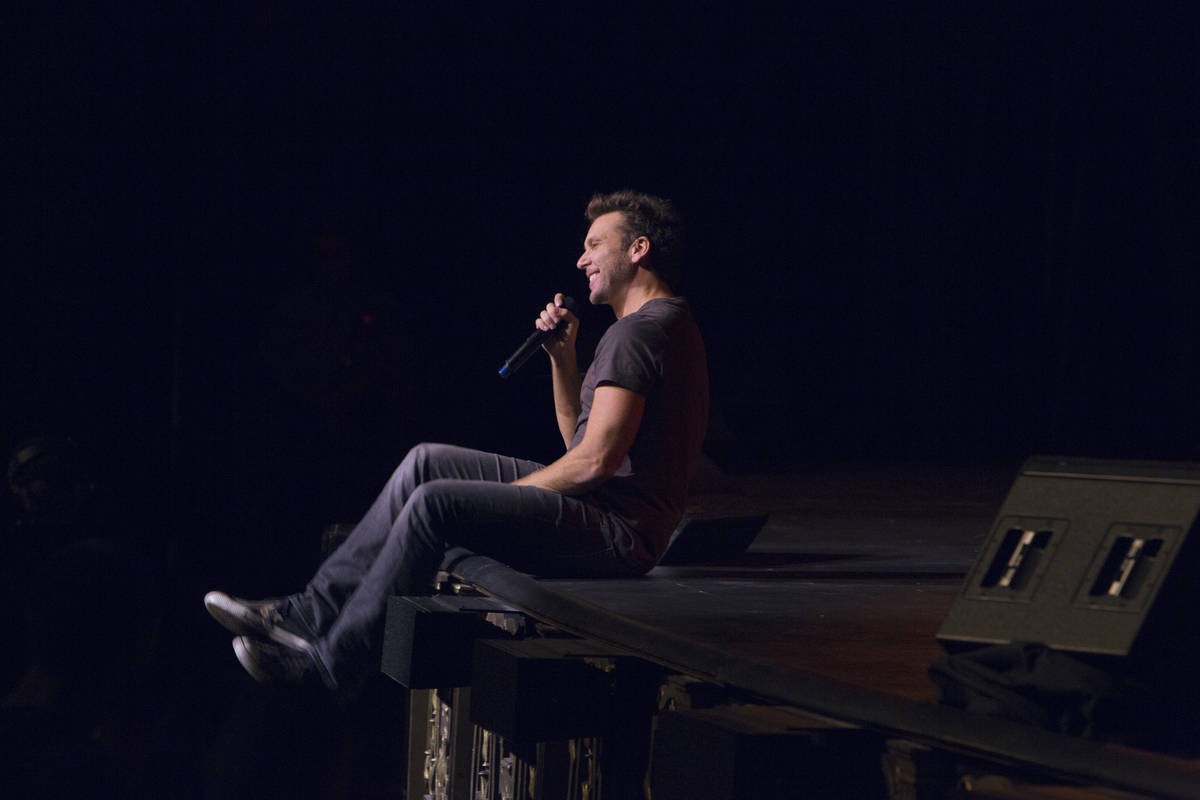 Stand-up comedy star Dane Cook returns to Las Vegas with an Aug. 21 date at the Chelsea at the Cosmopolitan. (Kirvin Doak Communications) 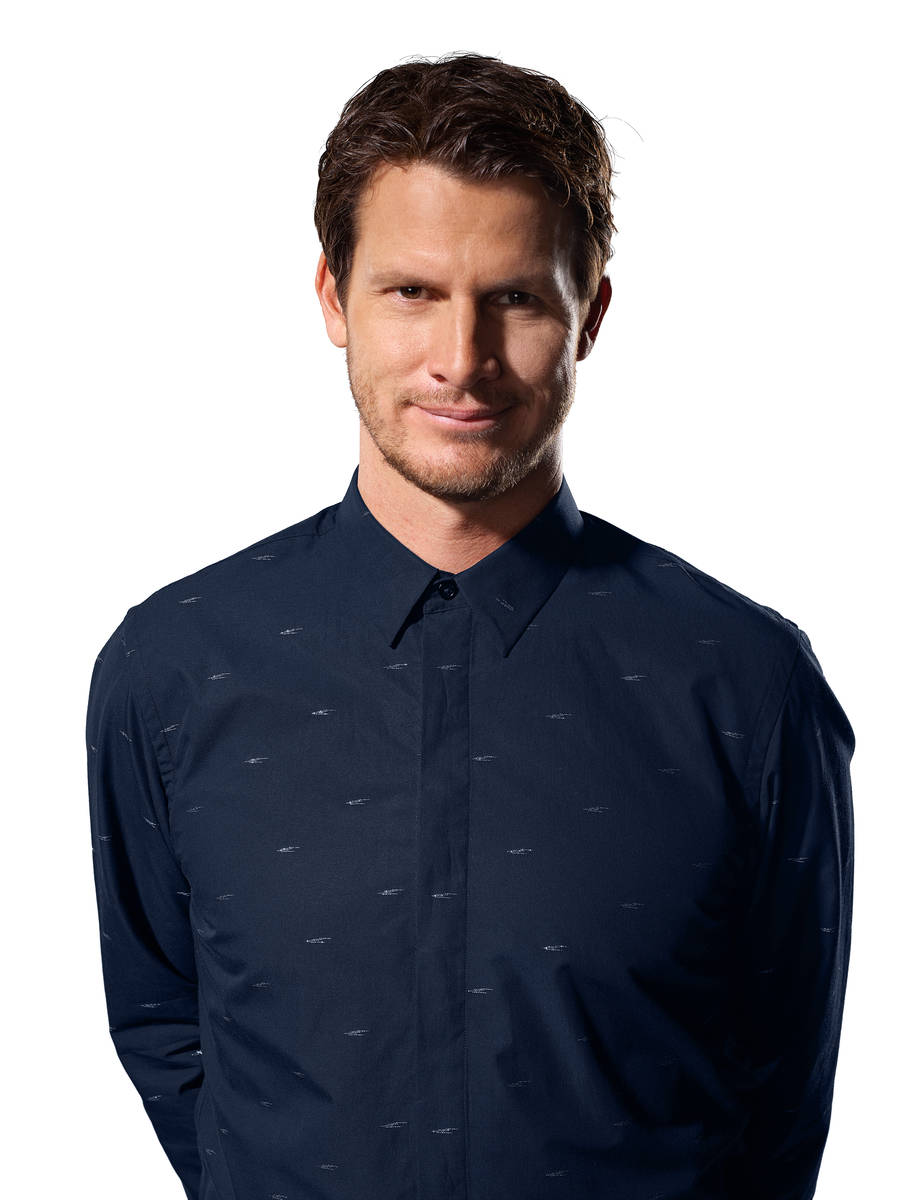 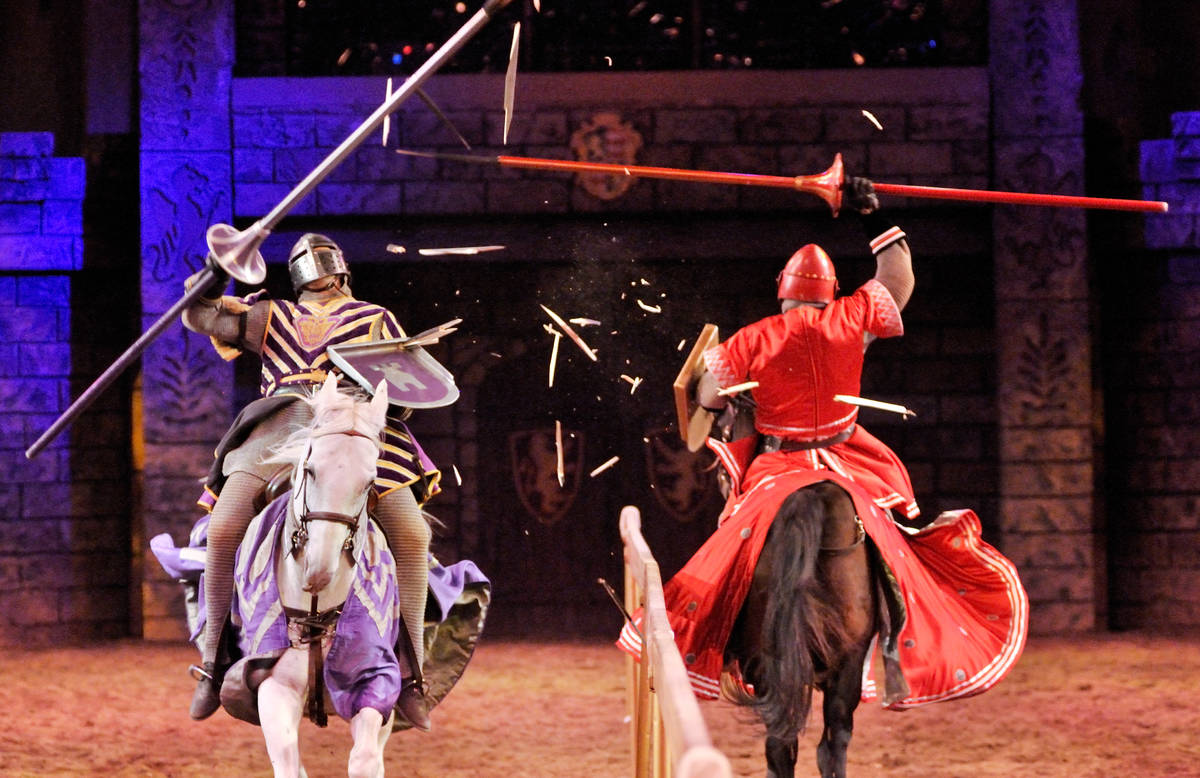 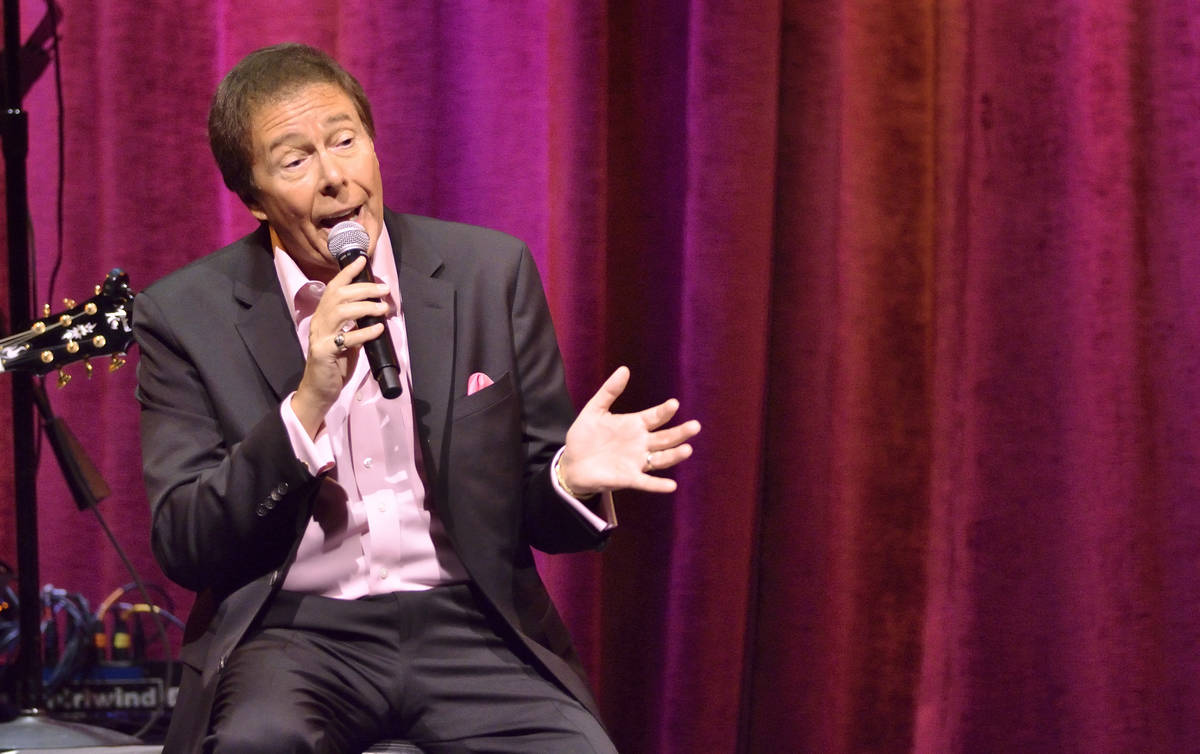 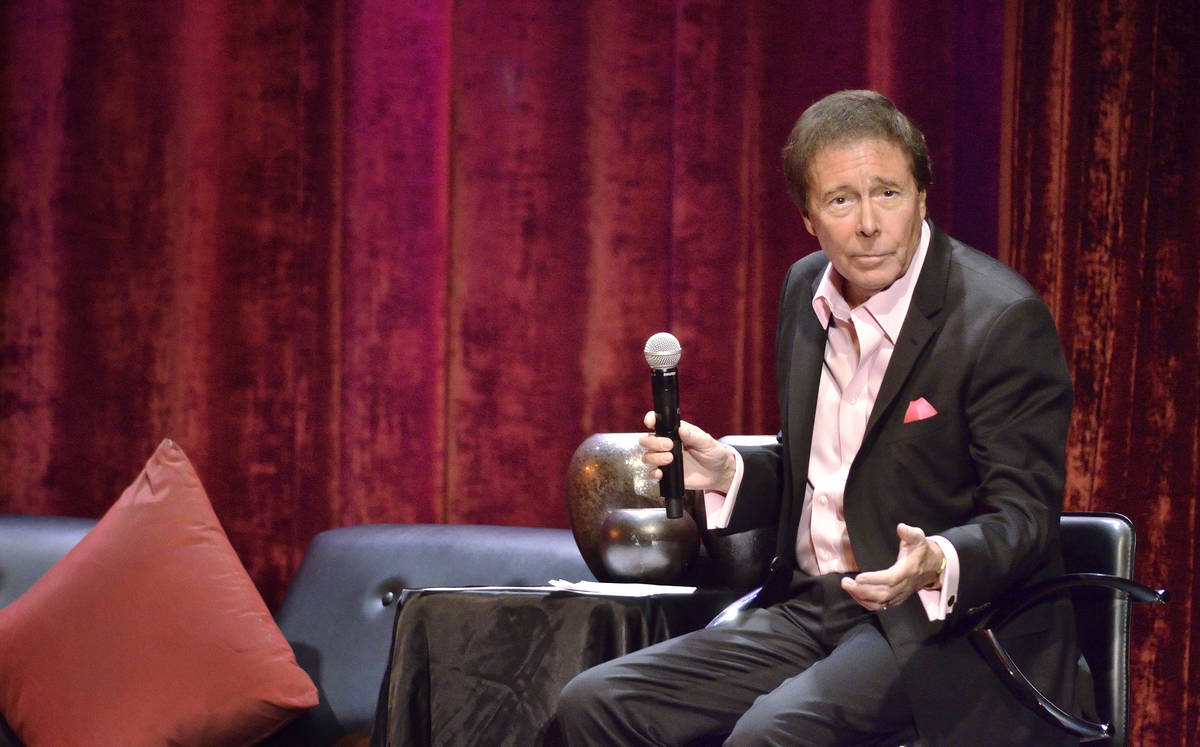 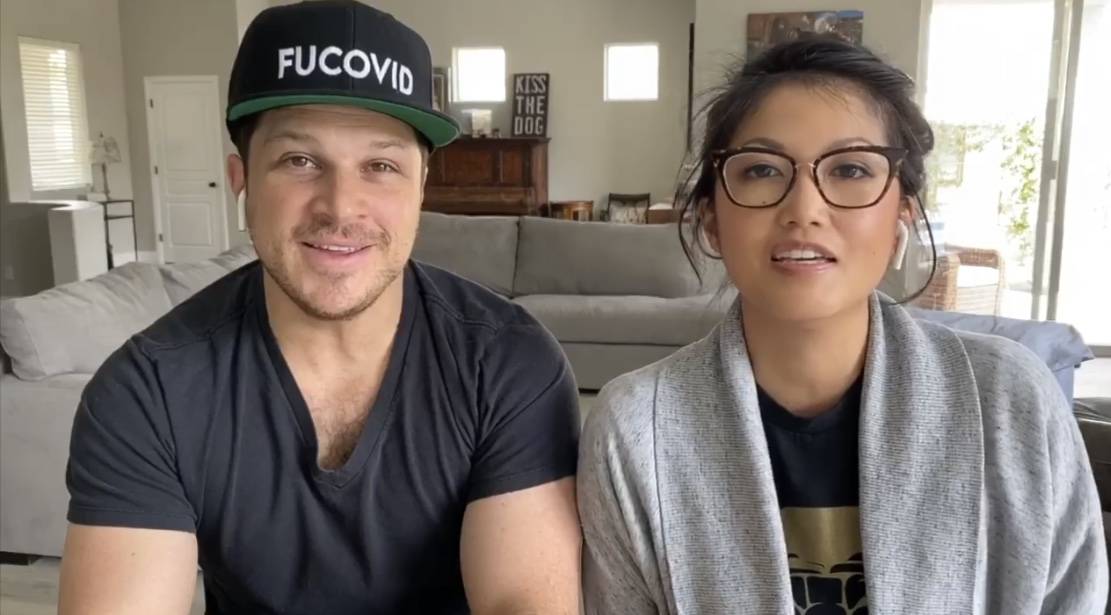 Mark Shunock and Cheryl Daro are shown in the Las Vegas all-star video of "We Are the World." (Bryan Chan) 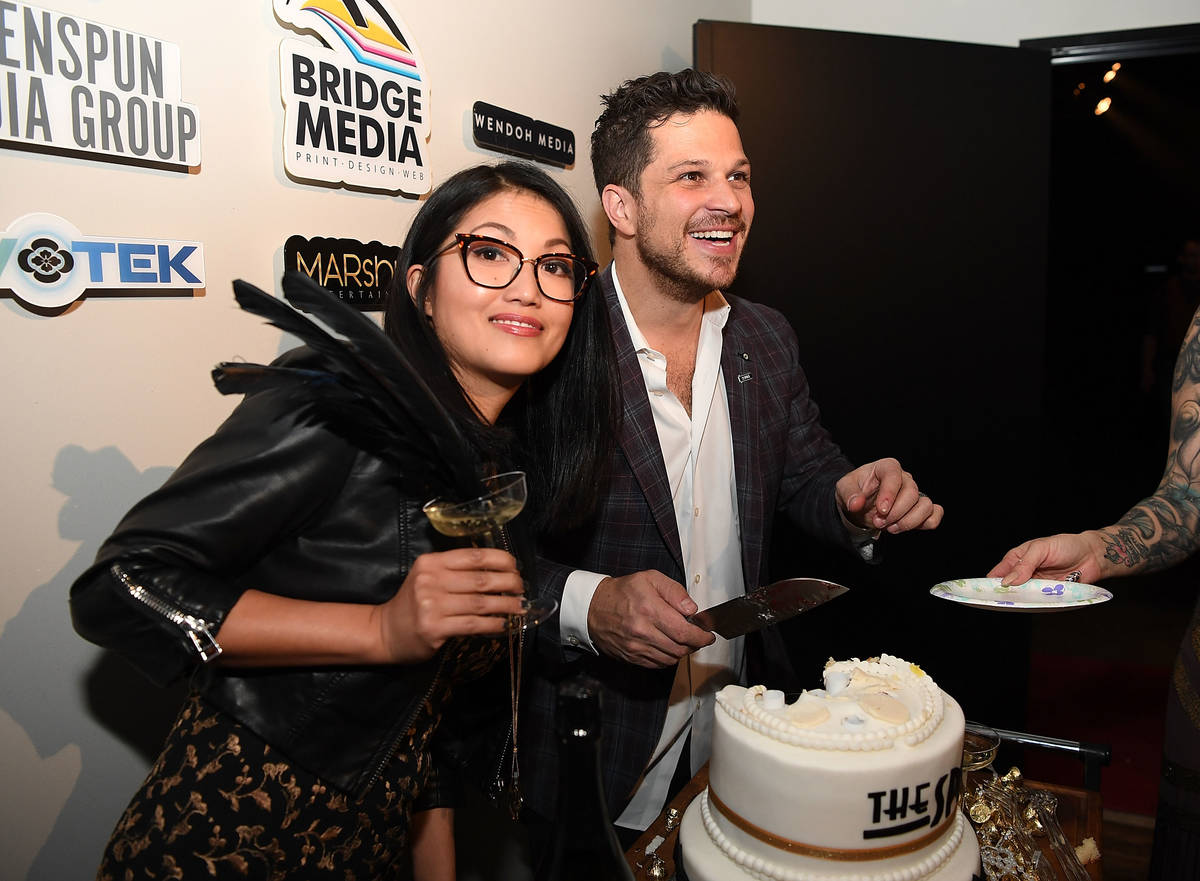 Cheryl Daro and Mark Shunock celebrate the grand opening of The Space, the new home of "Mondays Dark," on Thursday, Jan. 5, 2017, in Las Vegas. (Denise Truscello/WireImage)

The Vegas entertainment scene is feeling a lot like one of those “cash grab” machines, with money flying around a wind tunnel while you try to catch as much money as you can. We’ve got fists full of information on scheduling, updates and assorted haps from the past several days.

We’ll run it with:

Canadian rocker Bryan Adams (who is known to rock outside of Canada) is further enhancing Encore Theater’s cast of resident performers. Adams is booked Nov. 10, 12-13, 17 and 19-20. Tickets onsale 10 a.m. Friday, $59.50 (not including fees) at the Wynn box office or ticketmaster.com.

Adams’ hits include “Cuts Like a Knife,” (his breakout album and single), “Straight From the Heart,” “Run To You,” and “Summer of ‘69.” But his appeal expands beyond the music charts, a leading reason why he merits a half-dozen dates on the Strip.

Adams has been nominated three times for the Oscar for Best Original Song, for “(Everything I Do) I Do It for You” from “Robin Hood: Prince of Thieves,” “Have You Ever Really Loved a Woman?” from “Don Juan DeMarco,” and “”I Finally Found Someone” from “The Mirror Has Two Faces.”

On the topic of telling stories, kinda, popular Vegas draw Dane Cook is headlines the Chelsea at the Cosmopolitan on Aug. 21. Tickets onsale 10 a.m. Friday cosmopolitanlasvegas.com or through Ticketmaster.com.

I was sold on Cook’s box-office appeal about a decade ago when he filled The Joint at the Hard Rock Hotel. He was also featured on “Dave Attell’s Insomniac Tour,” originating from Las Vegas in 2006. The late Sean Rouse and Greg Giraldo were also on that show, a great in-the-moment account of partying in Vegas. You can still catch it on YouTube, too.

Daniel Tosh is returning to K Theater at MGM Grand, even before “Ka.” Tosh is headlining the first comedy show ever at the Cirque theater, at 7:30 p.m. Aug. 14. Tosh is also still a cog in the “Aces of Comedy” series at Mirage Theater. Tickets are $59.99 (minus fees), onsale now at Ticketmaster and at mgmgrand.com.

Alanis Morissette has announced her tour stop at T-Mobile Arena at 7 p.m. Oct. 2. Her upcoming tour is marking the 25th anniversary of her breakout album, “Jagged Little Pill,” which makes some of us feel just a little older. She’s playing the album in its entirety. Tickets are onsale starting at $49.50 (not including fee) at axs.com.

Morissette most recently played Pearl Concert Theater in April 2019, a show remarkable for the power of Morissette and her backing band, and also because she was seven months pregnant at the time. Morissette and her husband, rapper Mario Treadway, who goes by the stage name SoulEye, welcomed Winter Mercy Morissette-Treadway the following August.

“Tournament of Kings,” a show that was kind of hanging around in its own category during the pandemic shutdown, is set to return to Excalibur on July 14. The show performs 6 p.m. Monday and Fridays; 6 and 8:30 p.m.Wednesdays, Thursdays, Saturdays and Sundays. Tickets start at $41.87 (not including fees) at excalibur.com.

“ToK” has been running since June 1990, employs 30 actors and musicians, and performs in a custom-designed 900-seat, in-the-round theater. It is the type of show where social distancing of any measure was not feasible. But the production, recounting the story of King Arthur’s court with some impressive pyro, fake lances and real horses, has trotted out 520 shows annually before COVID.

The general result is, ExCal is poppin’, as the kids say, post-pandemic. The “ToK’ production joining just-announced Mac King joining “The Australian Bee Gees Show” and Thunder From Down Under, all at Thunderland Showroom.

“The Dennis Bono Show” is back at South Point Showroom beginning at 2 p.m. (doors at 1 p.m.) June 24. Upcoming guests are to be announced, but the format is unchanged. Bono remains the host and master of ceremonies, hosting a variety show of VegasVille headliners, telling jokes and crooning the standards. Corrie Sachs is back as Bono’s singing sidekick.

For the first time, Bono’s show will be ticketed, $5 per seat, which includes a drink (if you order the right drink, you actually might be saving a couple bucks). All tickets are reserved seating, to avoid the pre-show line out the door. Contact the South Point box office at (702) 797-8055 for reservations, and information

The show’s His guests over the years have included Steve Lawrence, Wayne Newton, Tony Orlando, Rich Little and Crystal Gayle. Bono’s show has also served as a stage for countless Vegas lounge, showroom and club performers. I’ve often compared the show to “The Love Boat.” Eventually, everyone takes a ride.

Bono’s show remains the only broadcast of its type in the city. He debuted at Sunset Station in 2000, moved to Sam’s Town in 2000 and to South Point in 2010. The show will be airing and streaming on KDWN (106.5-FM and 720-AM) at 6 p.m. Sundays, on the syndicated platform CRN Radio Network at noon Saturdays and noon and 3 p.m. Sundays, and also on in rebroadcasts on Armed Forces Radio.

The Space is hosting an upcoming series of shows tied to Philippines Independence Day. Cheryl Daro, who operates the Space with her husband, Mark Shunock, is Filipino-American and is heading up the production of this festival.

At 8 p.m. Wednesday it’s “Time of Our Lives,” a series of musical-theater numbers from a Filipino cast. At 8 p.m. Thursday, its’s “OPM Night,” an original-music jam. At 7 p.m. Friday, Broadway Barkada presents “Broadway Stripped,” a nod to Broadway songs and stories featuring the Filipino stars from “Hamilton,”Phantom of the Opera,” “School of Rock,” and “Miss Saigon.” At 7 p.m. Saturday it’s “Filipino All-Star Comedy” with top stand-ups Rex Navarrete and JR de Guzman. That show is followed at 9 p.m. by festival-capper “The After Party” with DJ Slammin’ Sam.

Go to thespacelv.com for info on all these shows, and everything related to The Space.