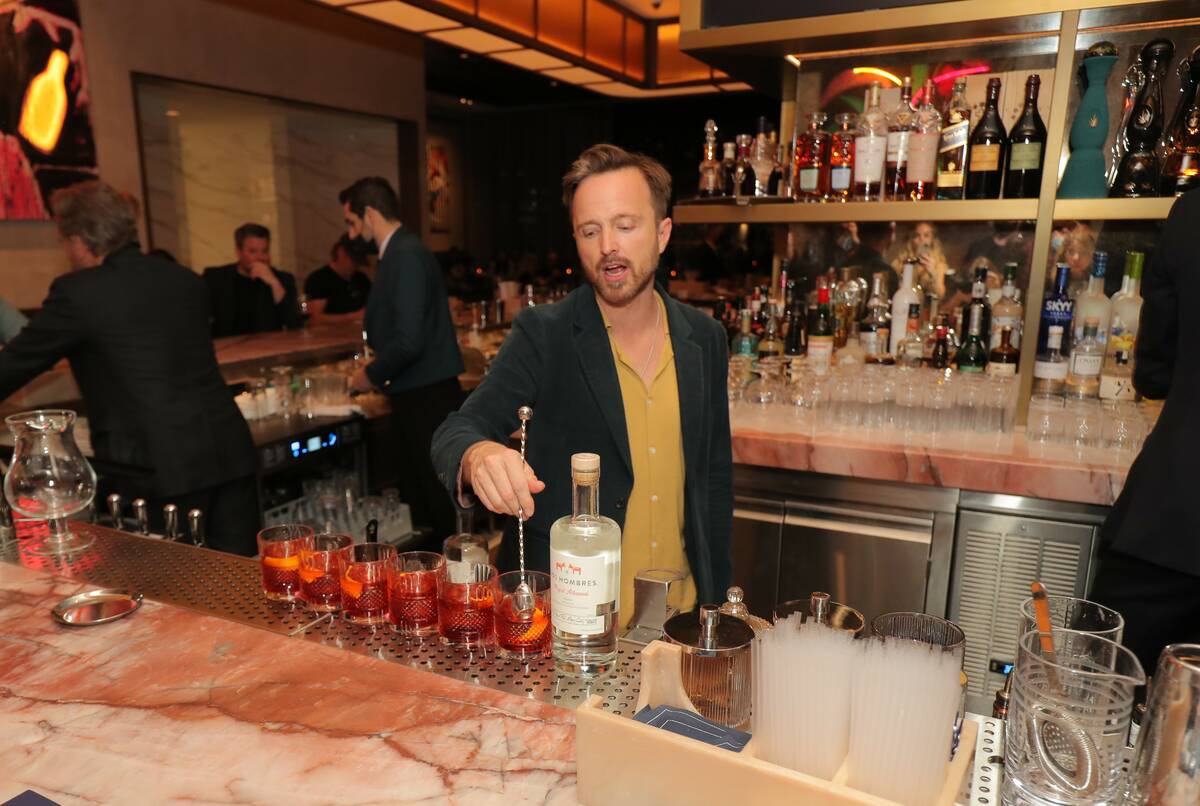 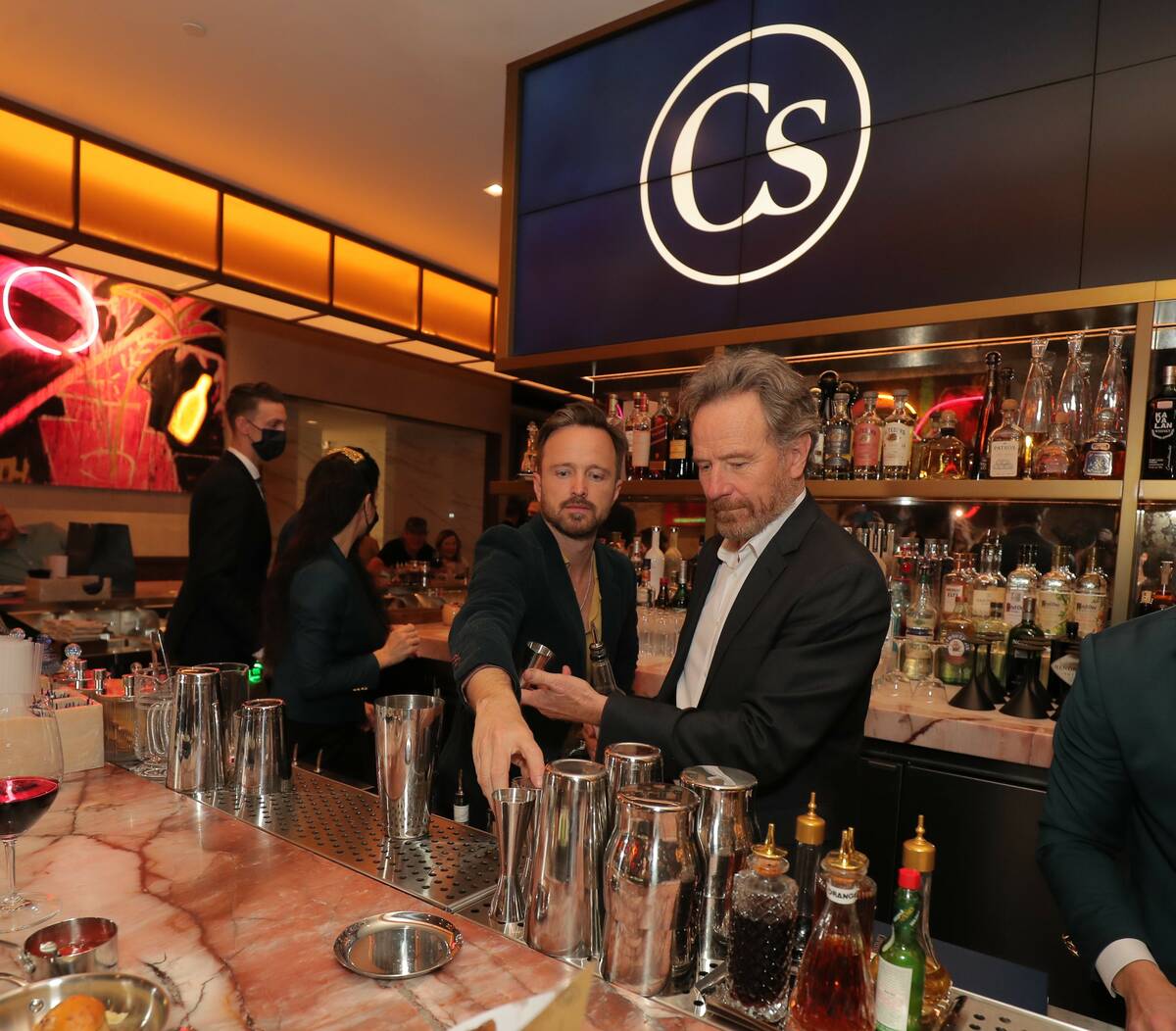 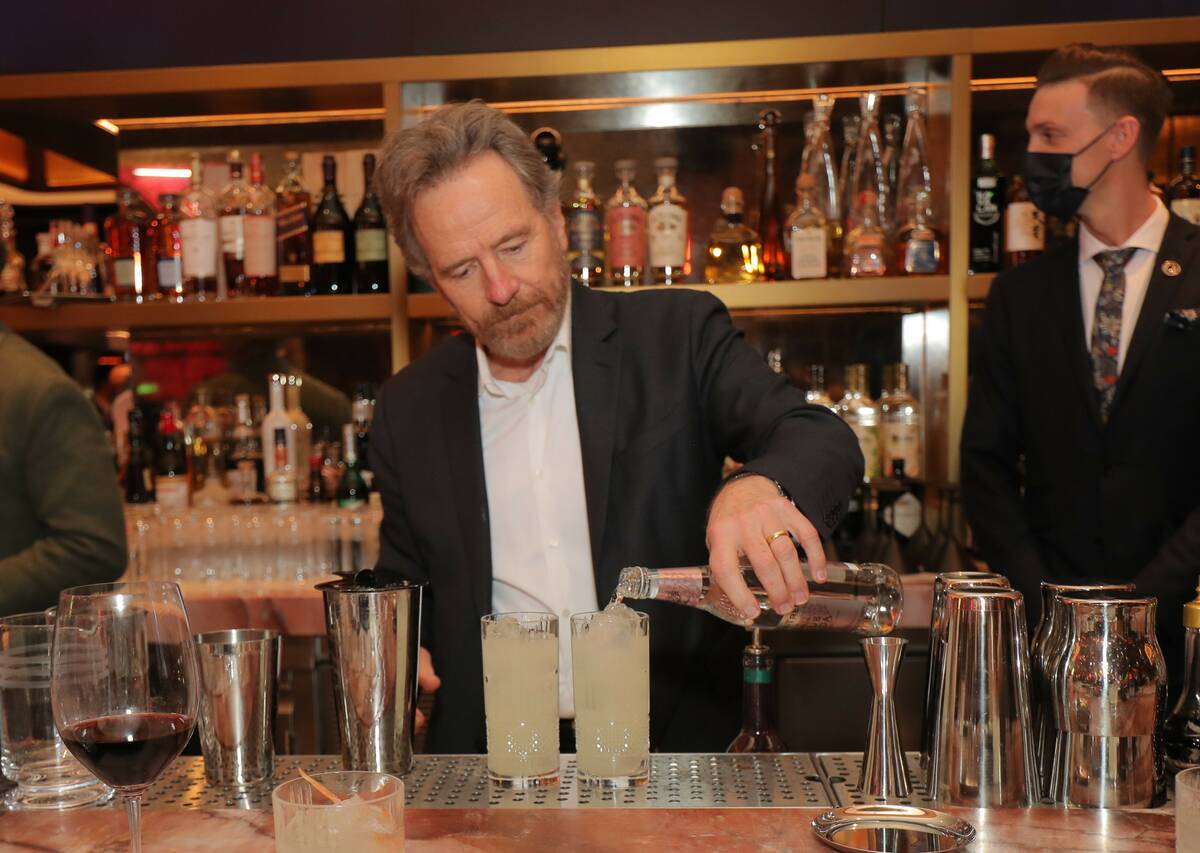 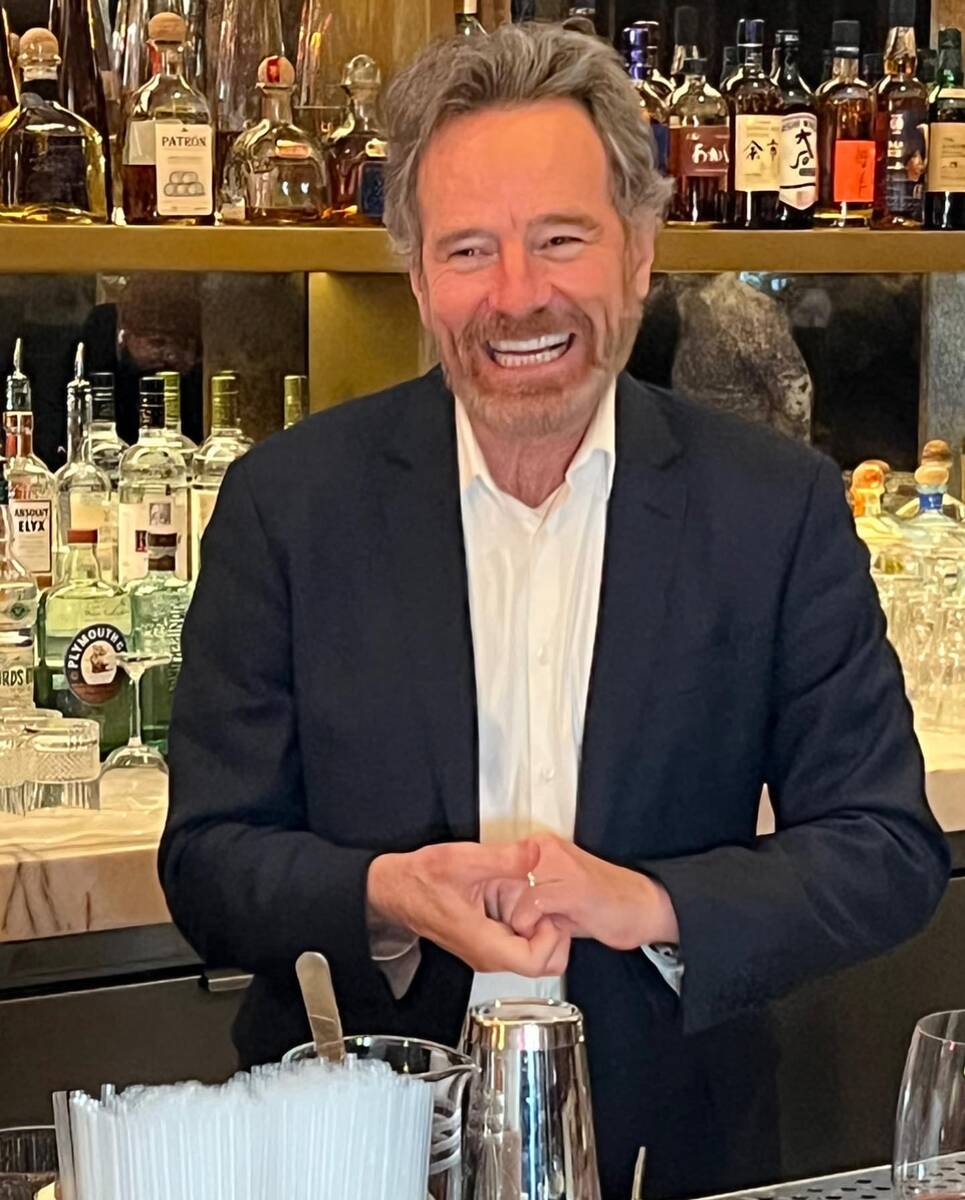 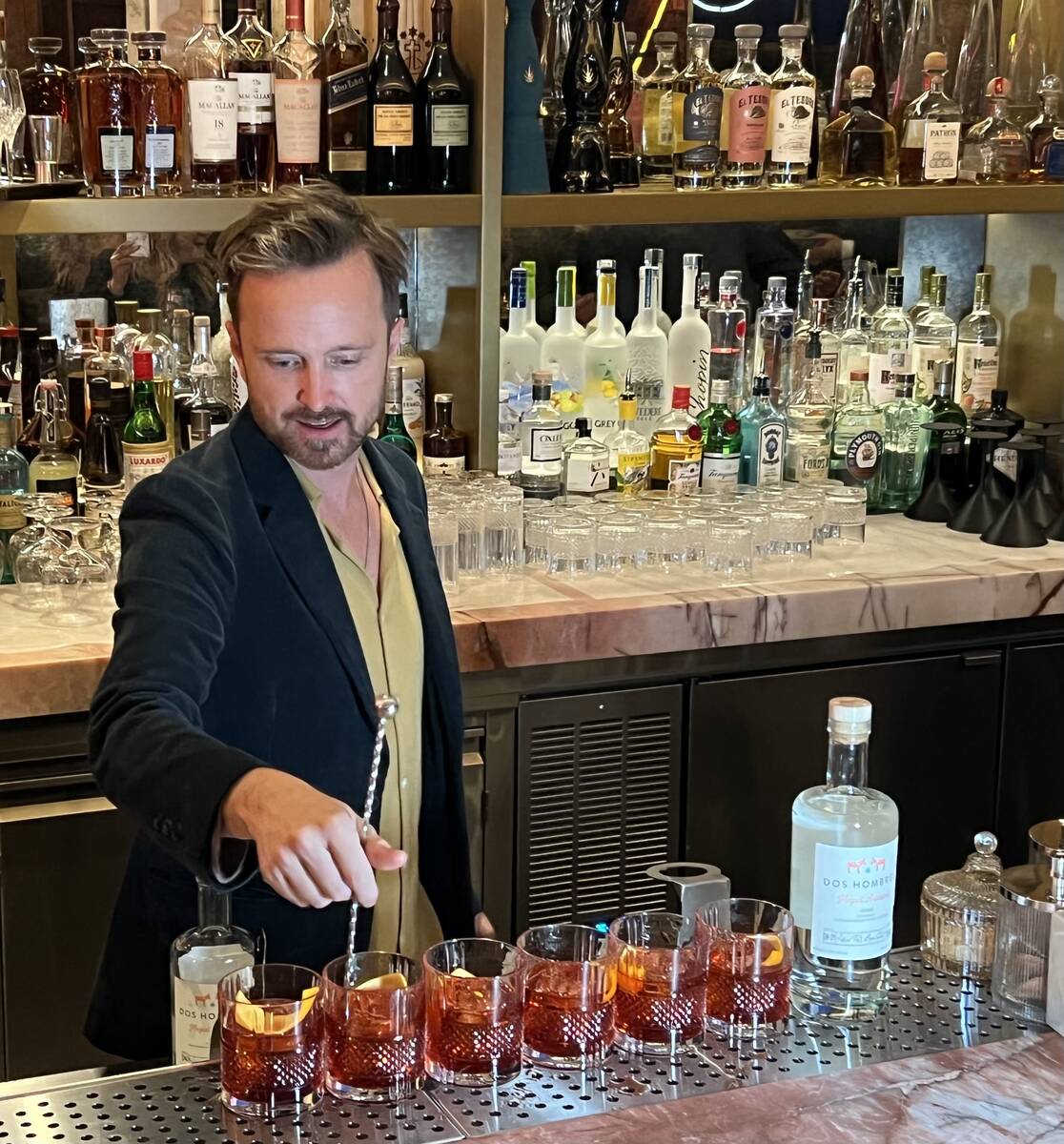 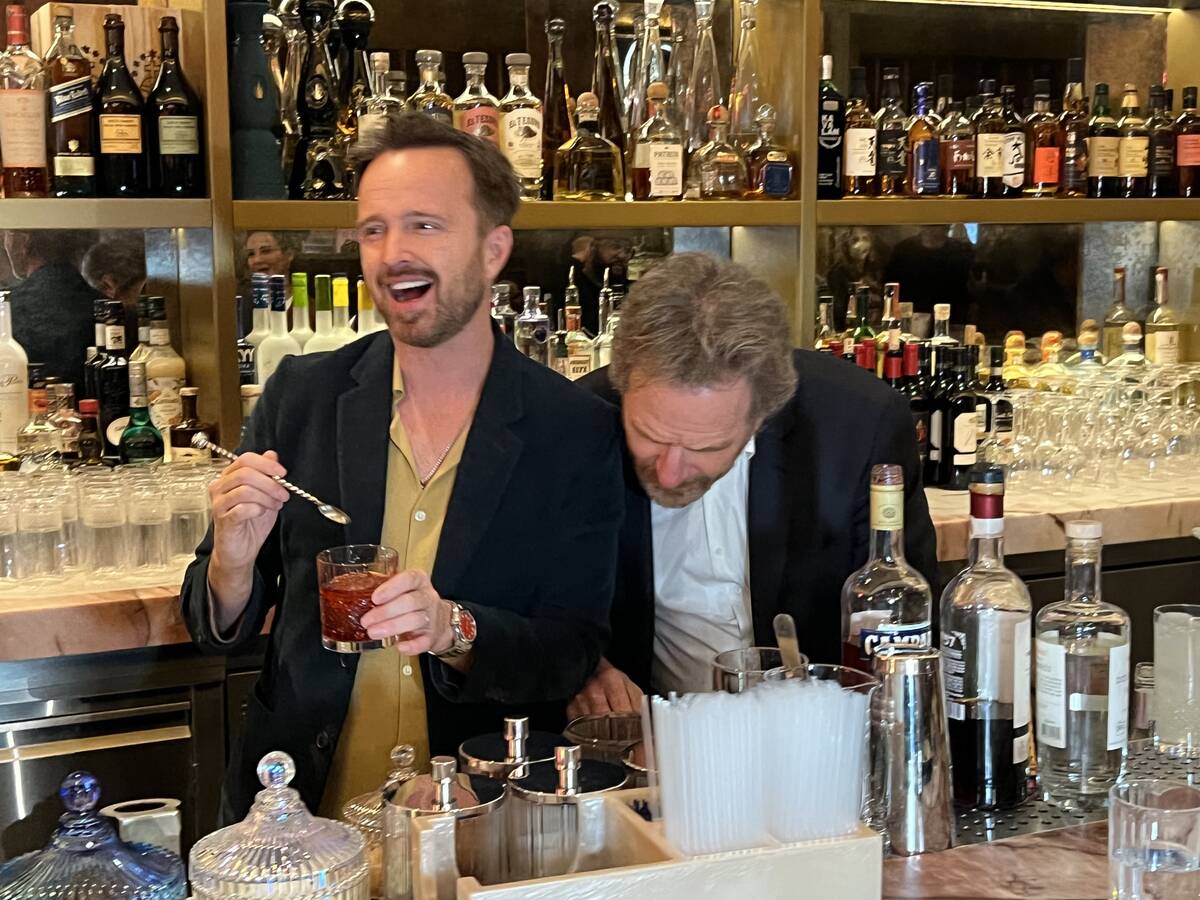 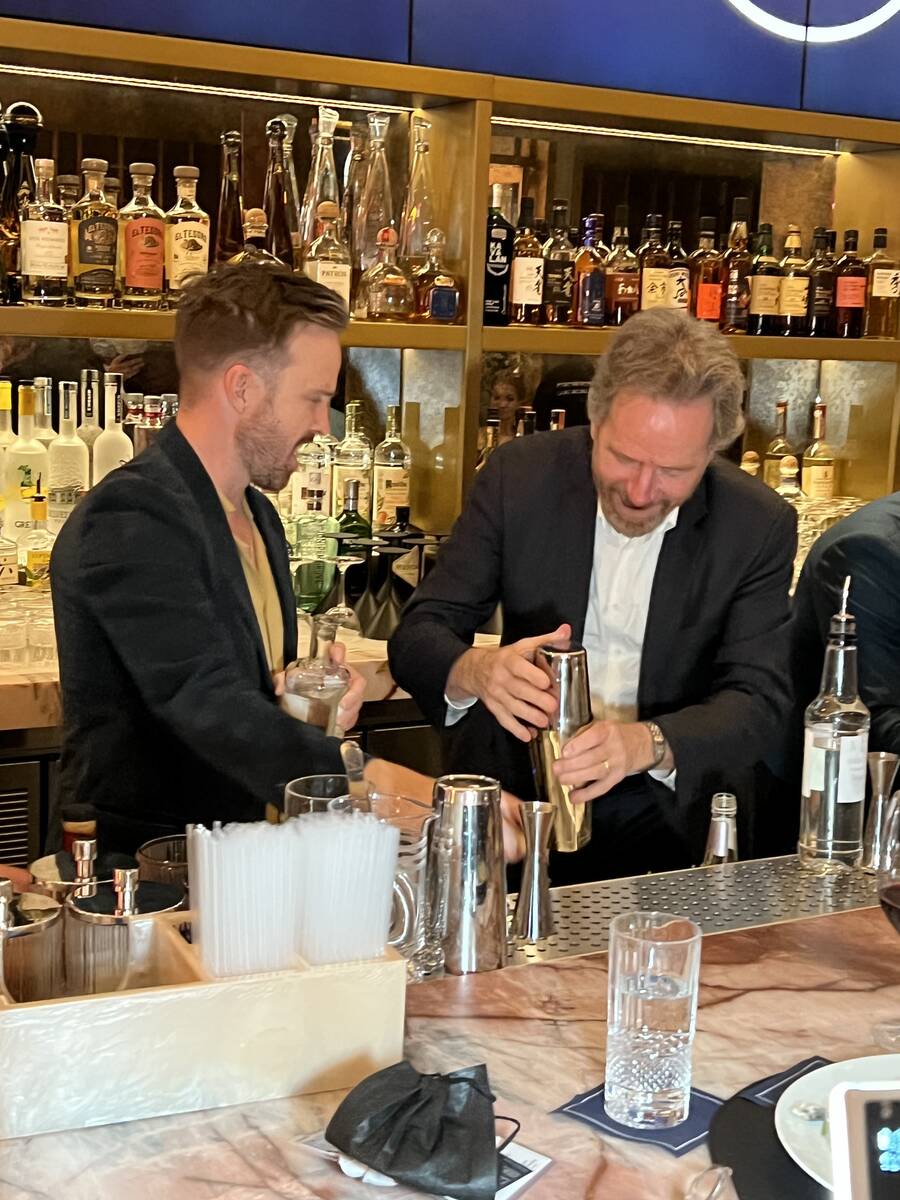 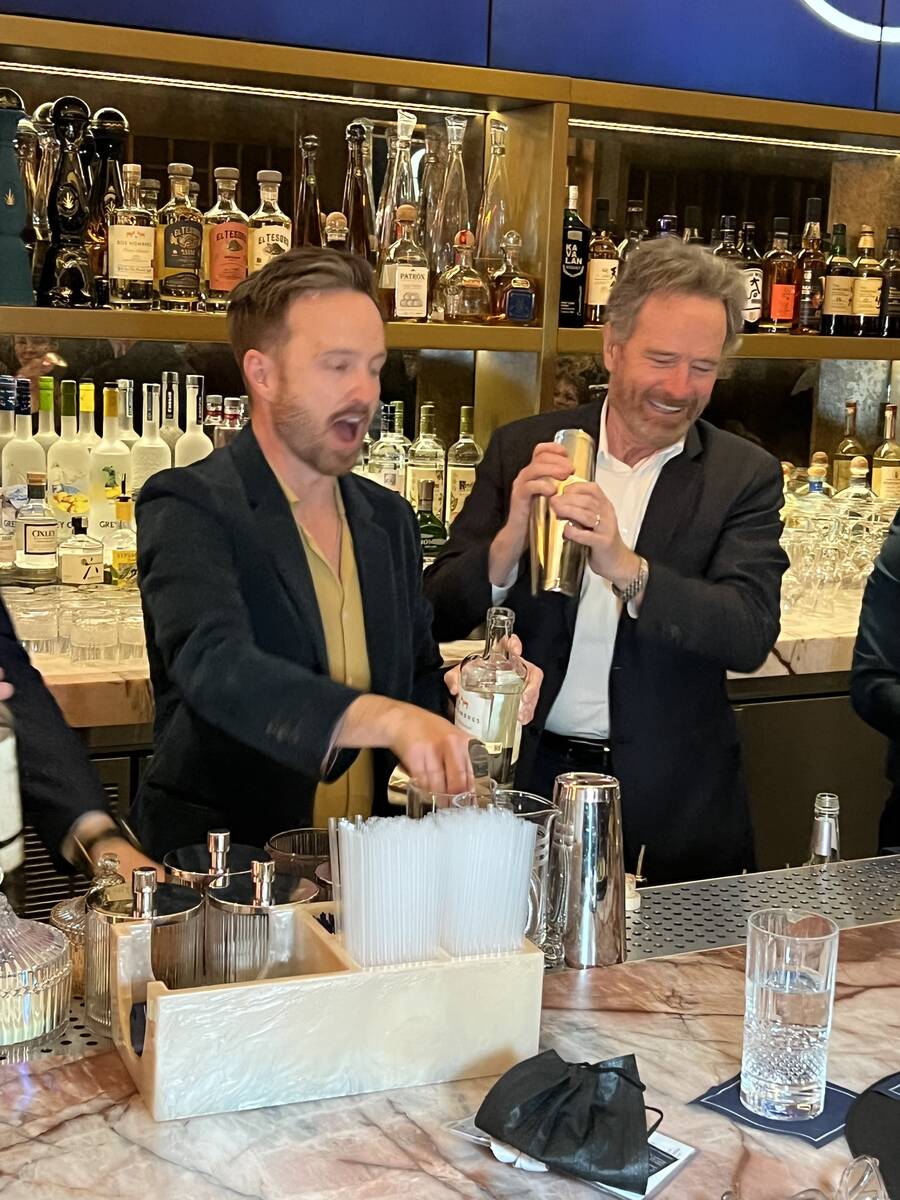 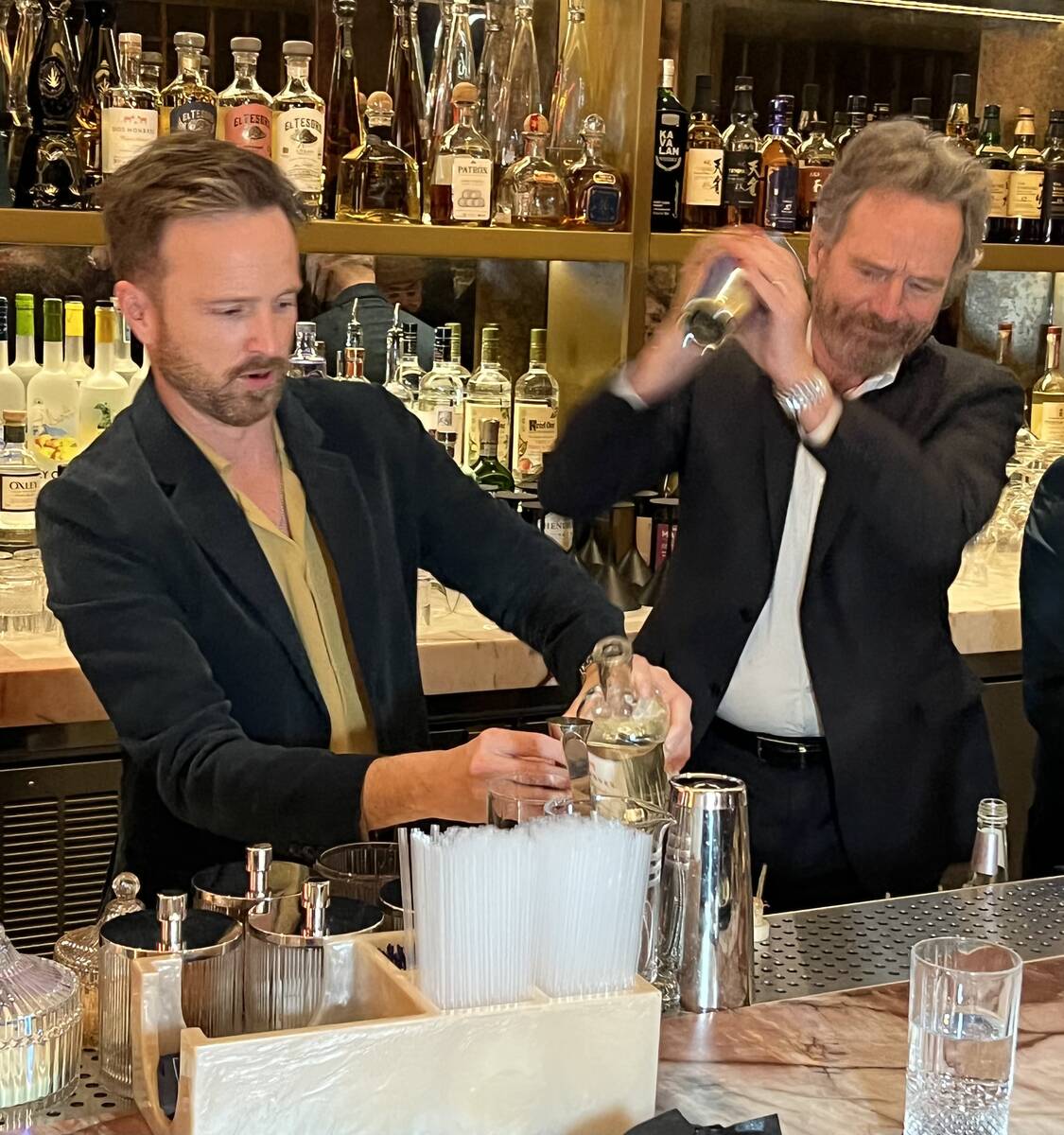 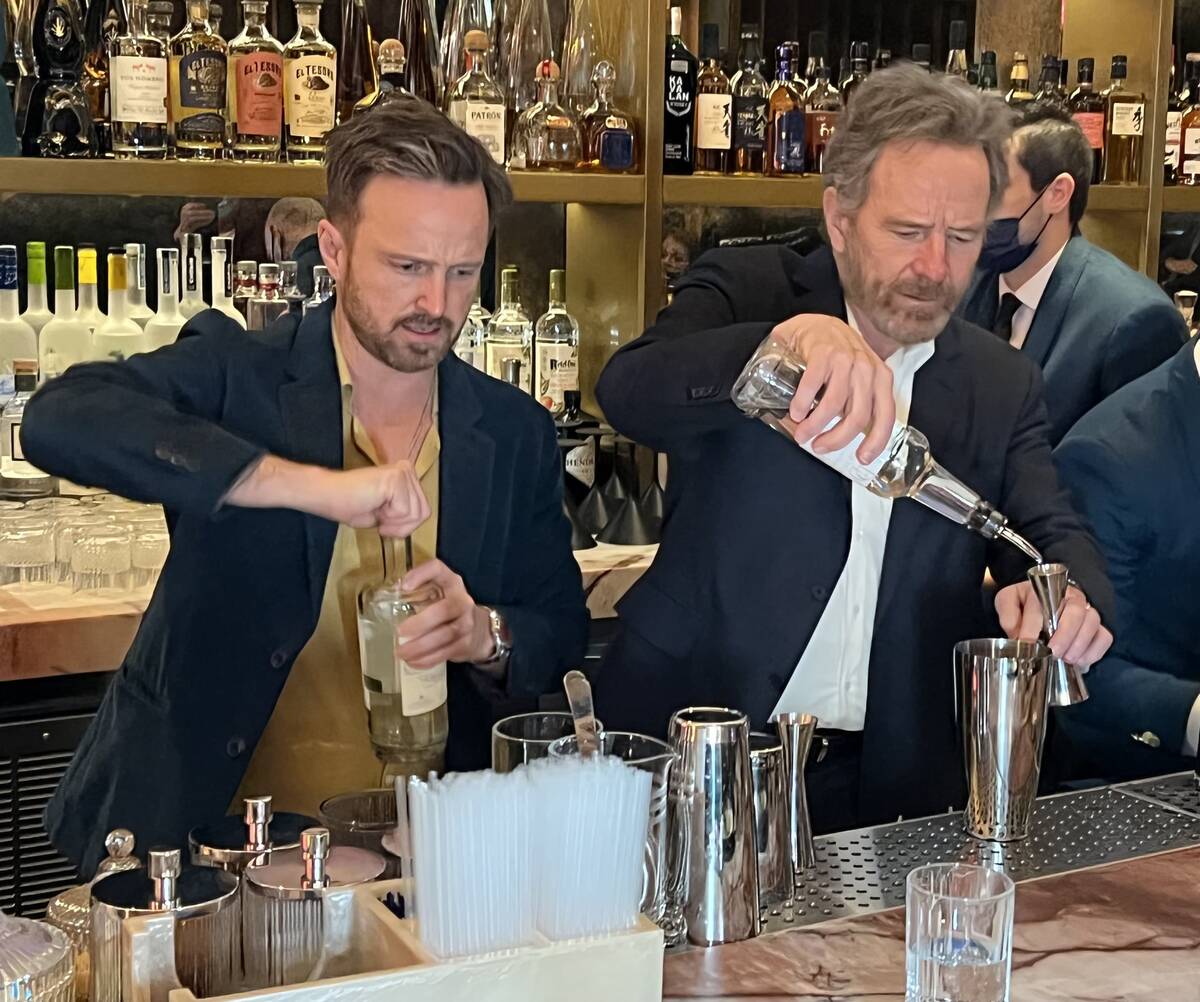 It’s not what you’re thinking. Probably.

The duo who cooked up devastation in “Breaking Bad” instead mixed cocktails at Carversteak at Resorts World Las Vegas. The unbilled visit by these two friends was to promote their Dos Hombres mezcal, which is served at the restaurant.

“We started this brand about two years ago,” Cranston said. “Then COVID hit. But we have been doing great business. We have one of the top-selling mezcals in the world.” Dos Hombres is listed No. 4 worldwide in a list of 100 most popular mezcals compiled by the wikiliq.org liquor website.

The duo signed bottles of the blend of the Espadin agave, which as promotional material states, is “hand-selected from the hillsides of a small village in Oaxaca, Mexico.” The plant is a cousin to the agave plant used to make tequila.

Dos Hombres is evidently wonderful in negronis and margaritas, judging by the bar dwellers’ ebullience. Among those soaking in the scene was Resorts World President Scott Sibella.

Who’s idea was it to partner on this beverage?

Paul said he visited Golden Steer Steakhouse and The Golden Tiki on Friday night. “I loved, loved, Golden Steer,” he said to a group of imbibers at the bar. “The Golden Tiki, don’t ask me what I had. I don’t remember. I remember walking in.”

Paul said he wants a shrunken head at Golden Tiki, which of course can be arranged pretty seamlessly with a text to Managing Partner Branden Powers.

Paul also grabbed the phone of a guest who was on FaceTime with her mother.

“Your daughter is drunk!” Paul shouted.

Cranston mentioned the Stardust during his stint swilling cocktails. “I like that they saved the sign,” he said, a reference to the replica Stardust signage inside the hotel.

“It was a great place,” Cranston said. “I love the old Vegas, and the Stardust was classic.”

We talked of the Stardust implosion in 2006, when those on hand scrambled to escape the plume of debris when the wind shifted toward the viewing platform.

“I was coughing for weeks after the Stardust implosion,” I said.

The actor answered, “So you were carrying around Stardust star dust?” Exactly.