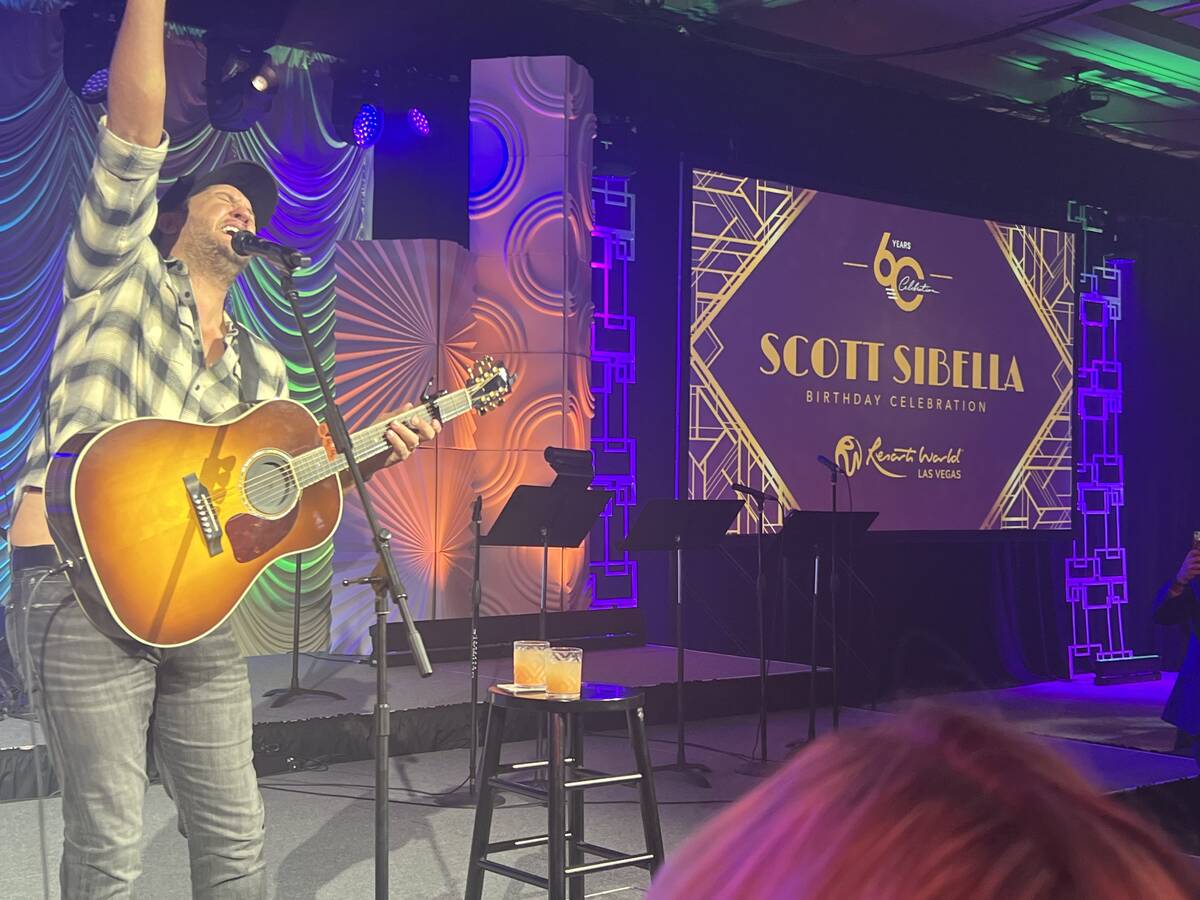 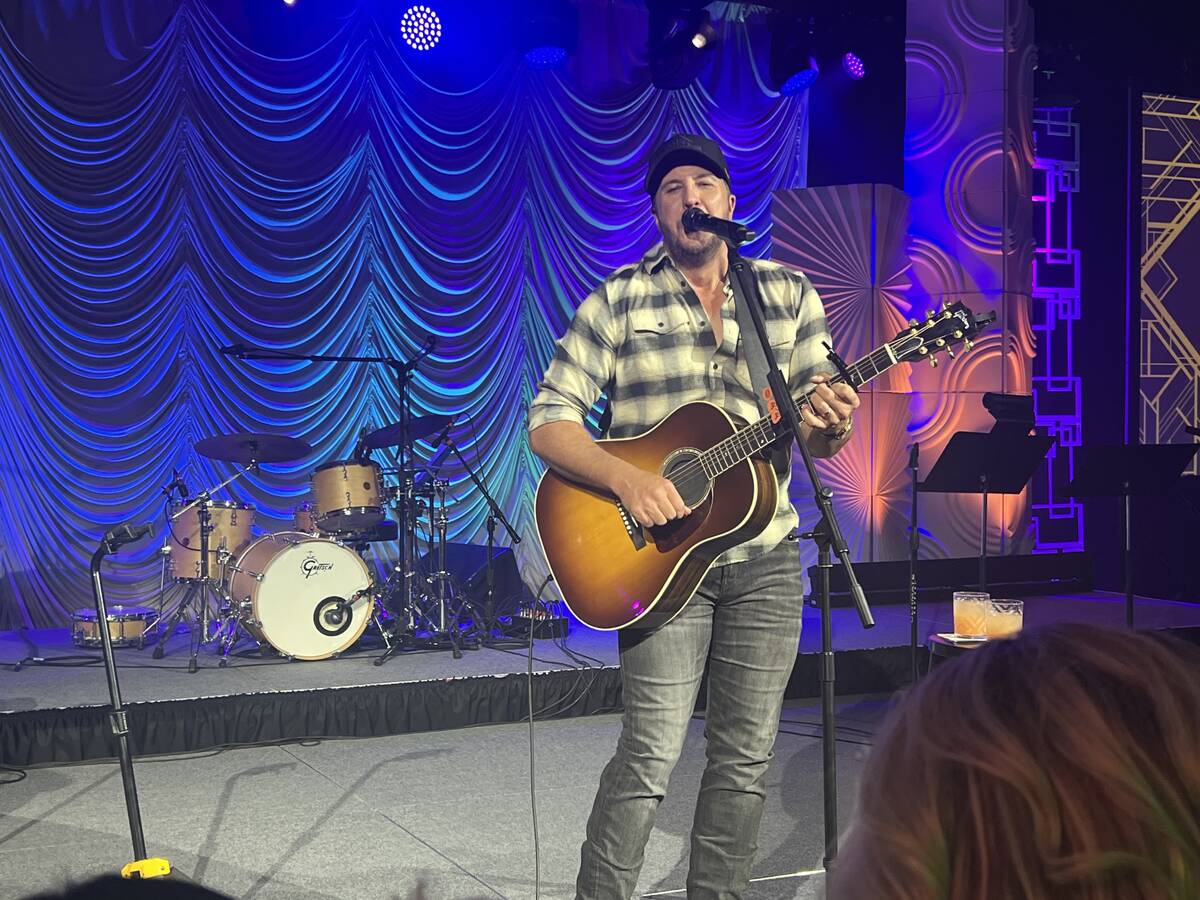 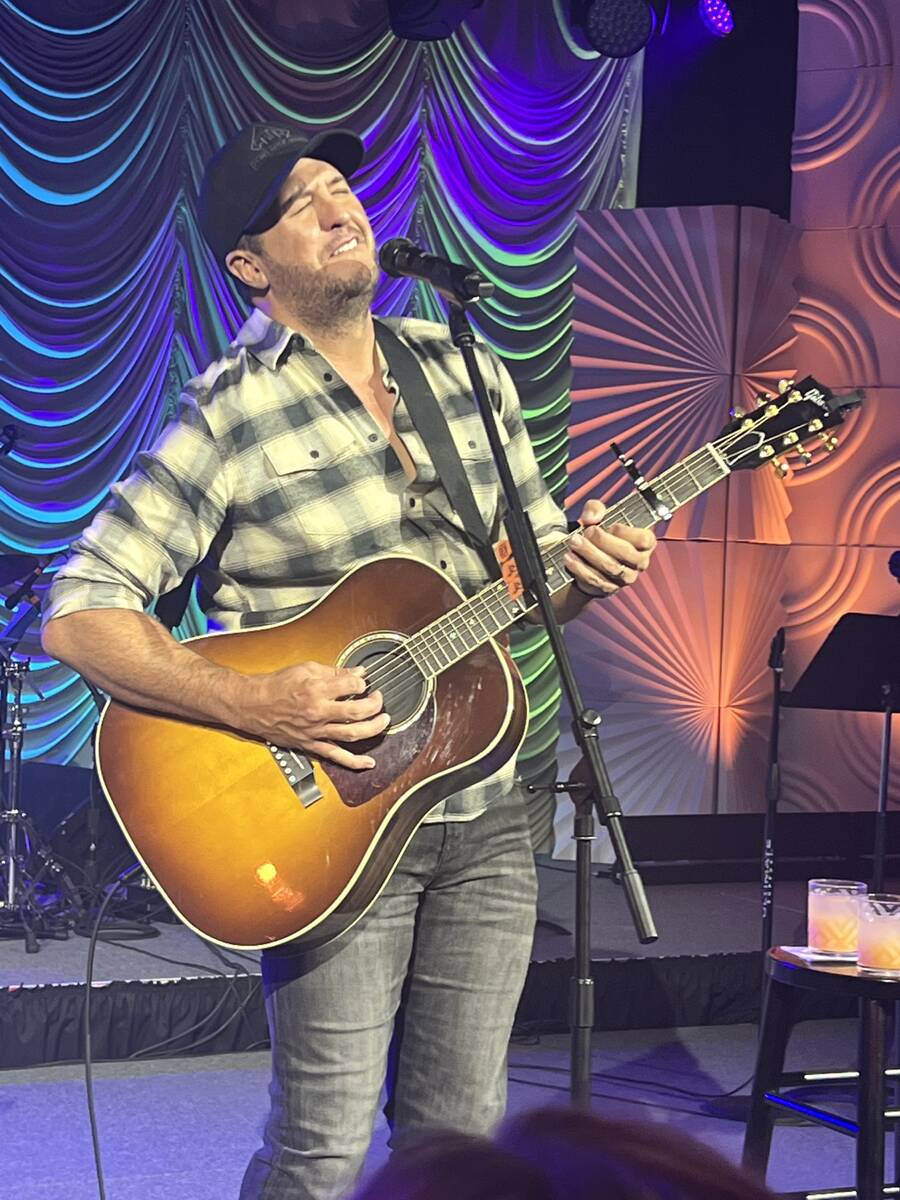 Luke Bryan took the stage for his second show Saturday night at Resorts World, shouting that he needed to leave soon. He confided, loudly, “I gotta get my ass on plane, and I gotta de-Vegas for a couple of days!”

Singing hits while swilling cocktails, Bryan has partaken in all Las Vegas has to offer while headlining Resorts World Theatre. On Saturday, he packed that venue, then swung into Lily Ballroom as the unannounced guest at Resorts World President and COO Scott Sibella’s 60th birthday.

The VIP-invite party was a two-drink minimum — and that was just for the singer. Bryan showed up with a drink in each hand. They seemed to be of the tequila sunrise variety, as the country star held court for a couple hundred dignitaries long past sunset.

The event was held at the resort’s second-floor events haven, overlooking the Enchant holiday display just off the Strip. From the stage, Sibella told the gathering, which included NBA legend Julius Erving, “To be able to design and rebuild this property is the highlight of my career.”

The exec also dialed up showgirls, side acts (stilt walkers, showgirls, even a sword-shallower), the L.A. artists Sergio Vellatti’s Gatsby-vibe band and comic Jimmy Shubert. The comedian’s set was the Vegas definition of a tough room, jokes dissipating into the crowd’s chitchat. But Schubert is very funny, closing his run at Brad Garrett’s Comedy Club on Sunday.

Sibella has been directly involved in signing the hotel’s headliners at The Theatre, including Bryan. He turned up just after 11 p.m. in a blue-plaid shirt, jeans, a black RTR Vehicles cap and black work boots. The performer didn’t quite match the night’s theme.

Right. Regardless of dress code, Bryan held the crowd from the first notes of, “I Don’t Want This Night to End,” calling out, “Wow, y’all are paying attention!”

Bryan is clearly man who has an appreciation for the Rat Pack’s golden era of onstage frivolity. Before “Play It Again,” Bryan pulled off his cap and offered, “I just realized how drunk I am!” It was a country-flavored reminder of Dean Martin’s line, “How’d all these people get in my room?”

A few minutes into the set, a guest threw a white, laced garment onstage. Bryan looked down and asked, “Whose is that? I thought it was as pair of panties, but it’s a glove! You can’t sniff a glove! That’s a bad joke, a bad joke …”

Bryan closed his 20-minute set with, “Country Girl (Shake It For Me),” tossing the remaining contents of both glasses over his shoulders as he left the stage. Jocularity aside, the set rocked. Bryan is a great one-man show. The night closed with a fireworks show over the Strip, played to a Sibella favorite, “My Way.”

Sibella was dressed as a ’20s gangster, in the requisite black suit and fedora. Asked what the night cost, he just laughed and said, “I called in a lot of favors.”