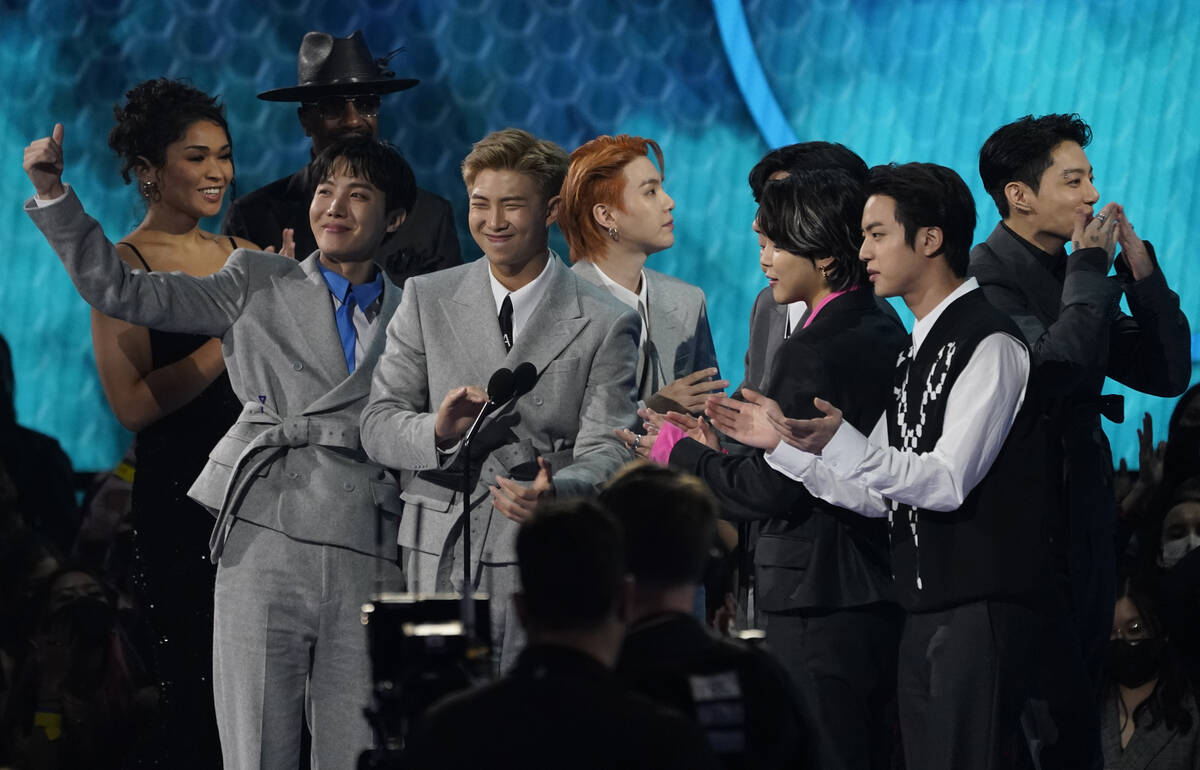 One of the biggest entertainment acts of this century is headlining a quartet of shows in Las Vegas in April.

We speak, of course, of K-Pop icons BTS.

Registration to purchase tickets is ongoing through 5 p.m. Saturday at ticketmaster.com/bts. Prices have not been announced.

The band performed its “BTS Permission To Dance On Stage — LA” in late-November and early December of last year. BTS is also playing Seoul, South Korea on March 10, 12 and 13. It is the group’s first concerts in their home country since 2019.