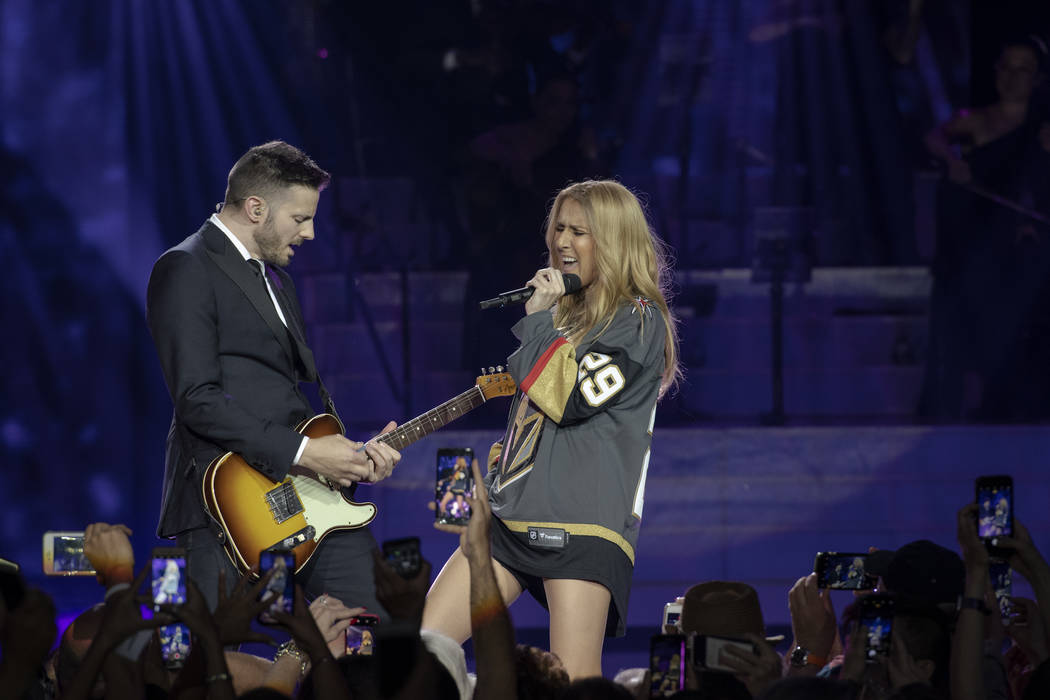 Celine Dion, shown with guitarist Kaven Girouard, sports a Marc-Andre Fleury Vegas Golden Knights jersey during her return to the Colosseum at Caesars Palace after minor ear surgery on Tuesday, May 22, 2018. (Cashman Photo) 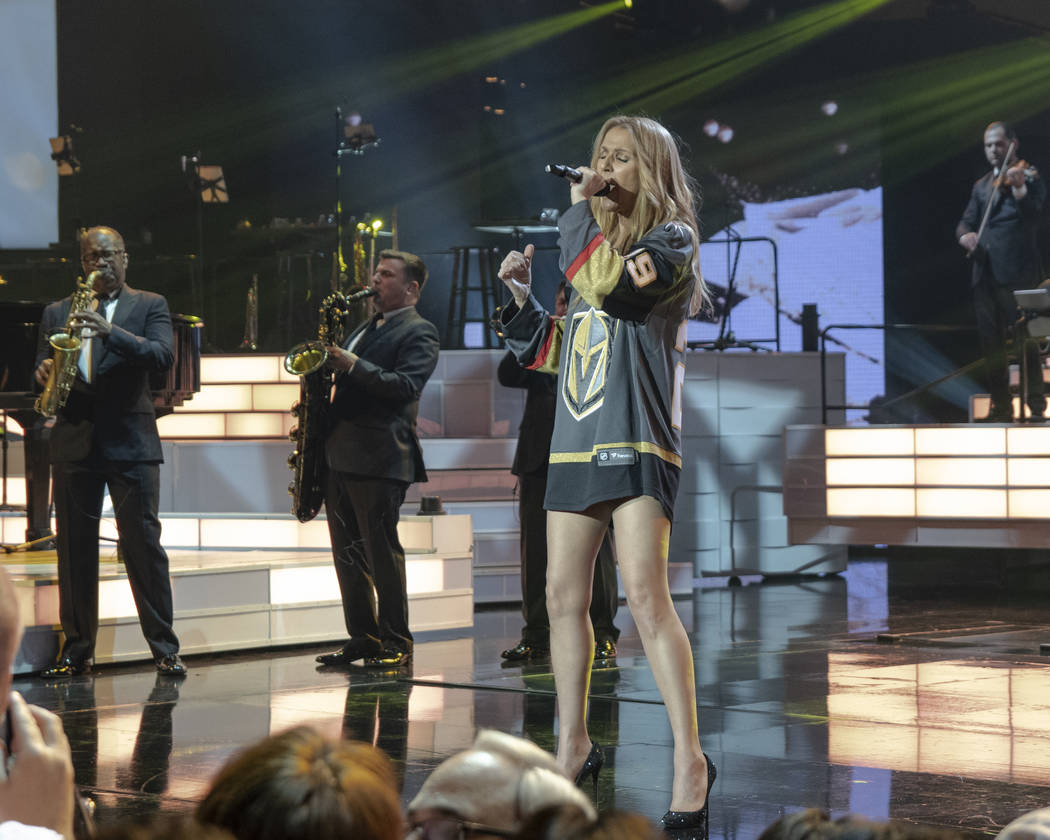 The beloved pop superstar, donned a Vegas Golden Knights jersey — No. 29 for Marc-Andre Fleury —for “River Deep-Mountain High.” She wore the large-fitting jersey as a mini-skirt.

Dion was forced to cancel shows in April to undergo minor ear surgery. She also debuted her new song, “Ashes” from the blockbuster movie “Deadpool 2.” The video for the song was recorded at the Colosseum. The song and video trended No. 1 on YouTube, and will be featured in her upcoming Asia-Pacific tour.

The artist for whom the Colosseum was built, Dion has performed more than 1,000 shows in the theater since opening in March 2003.