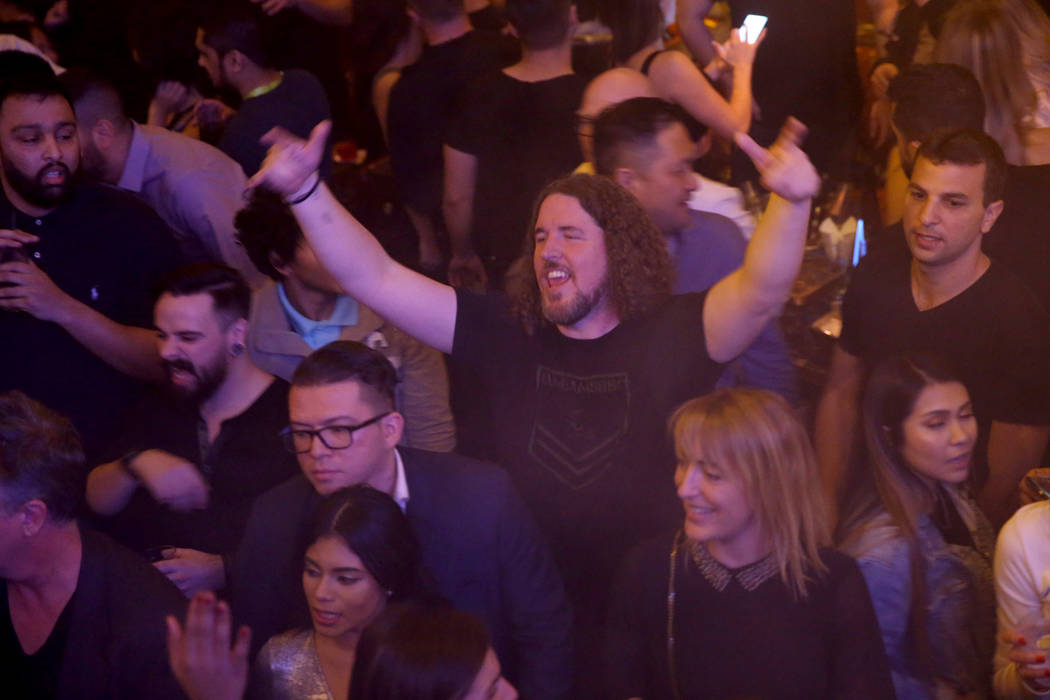 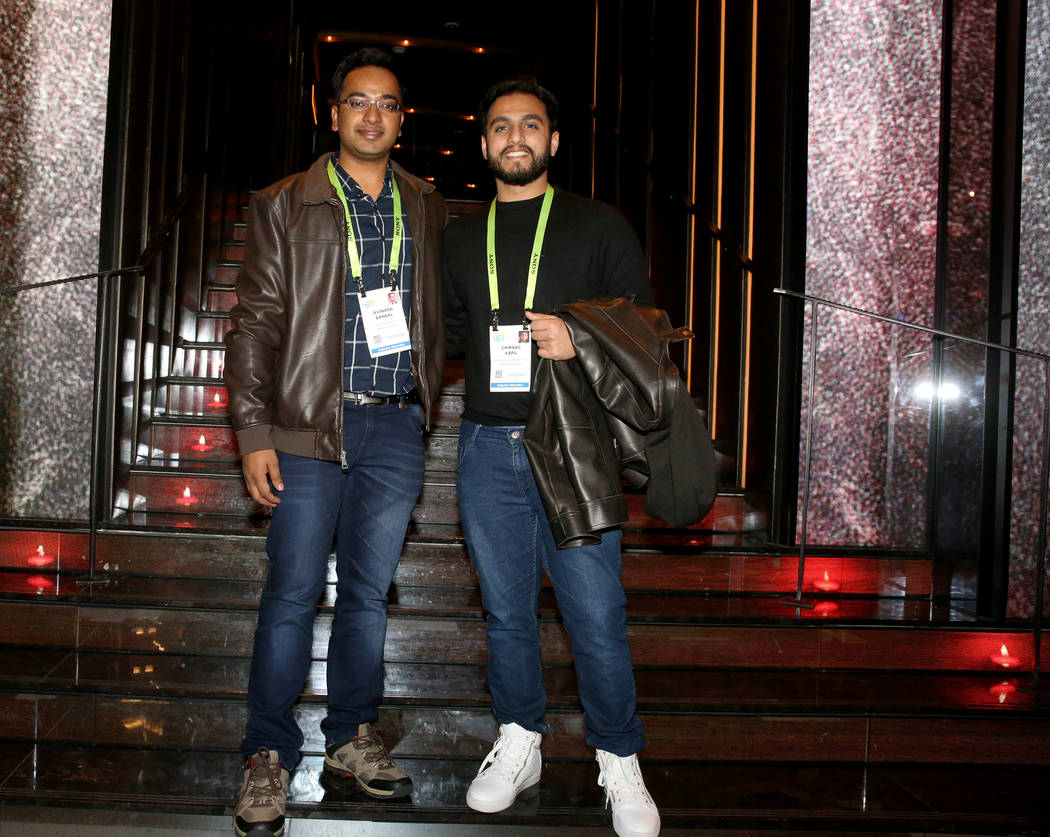 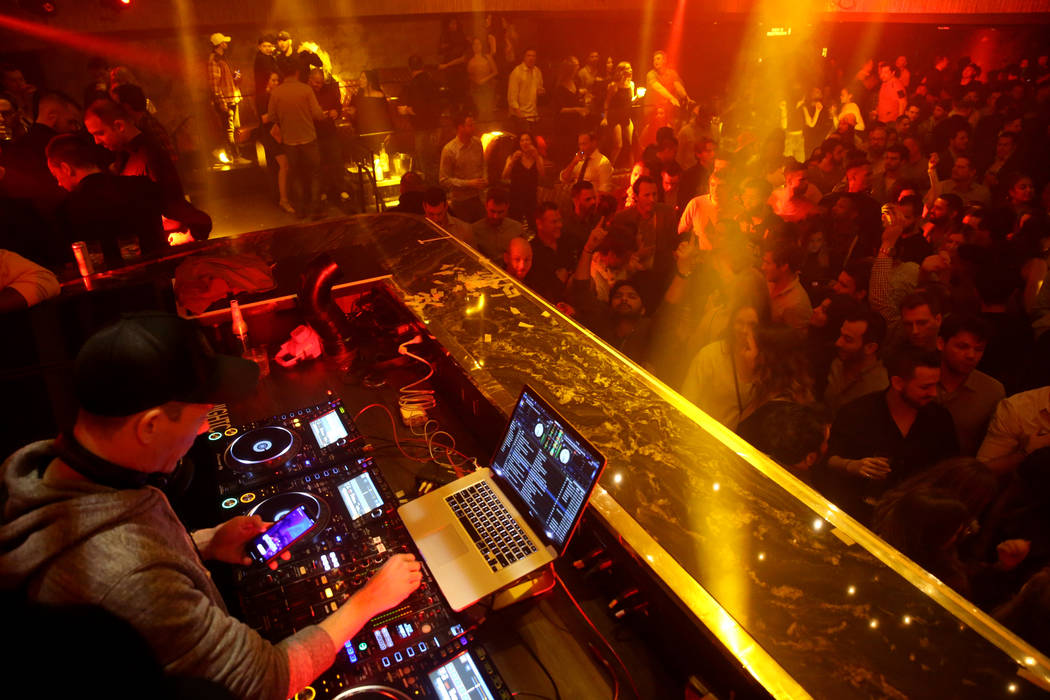 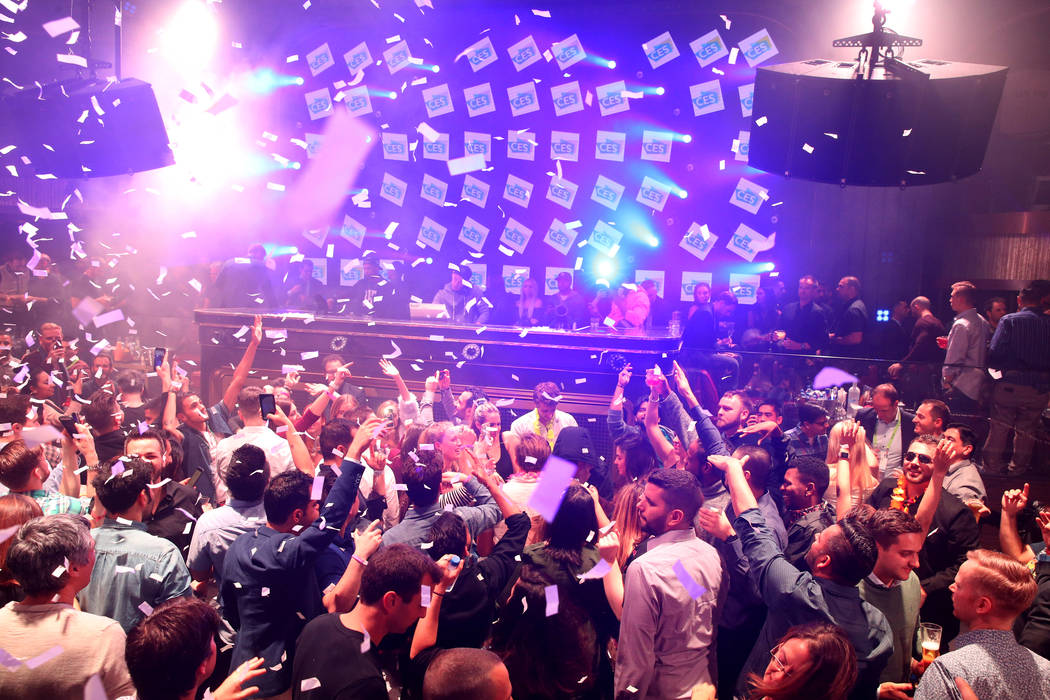 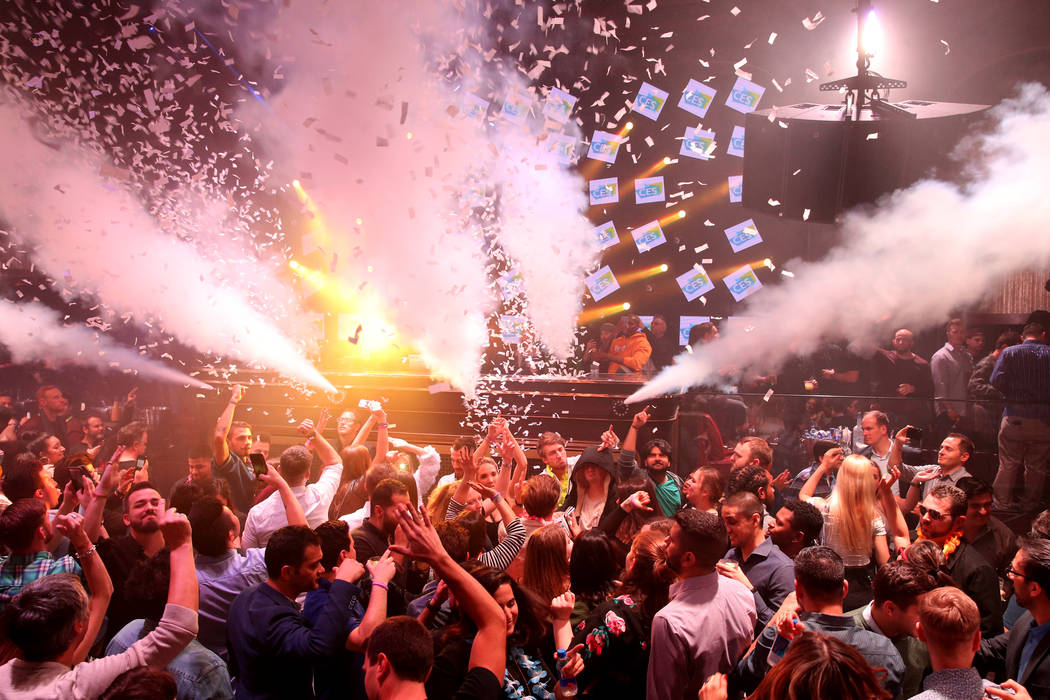 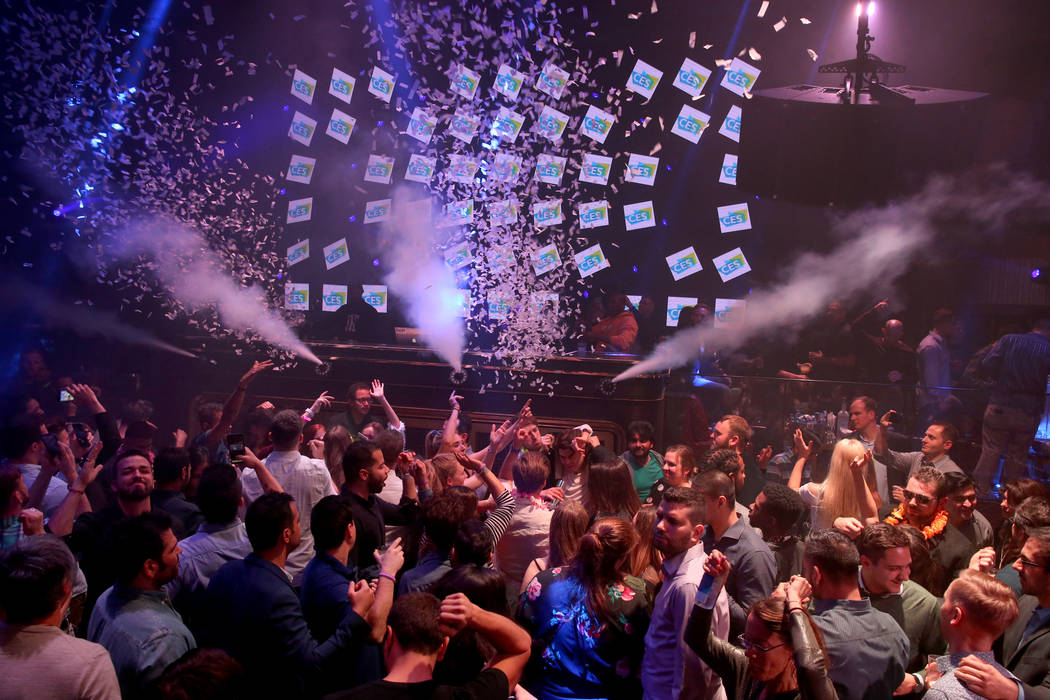 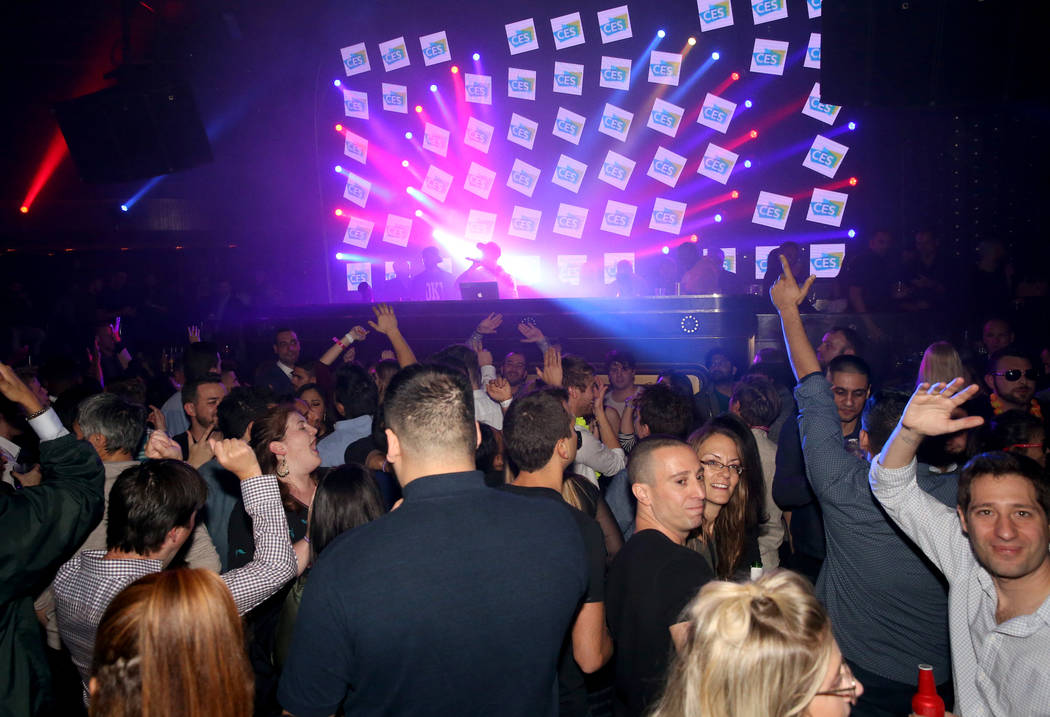 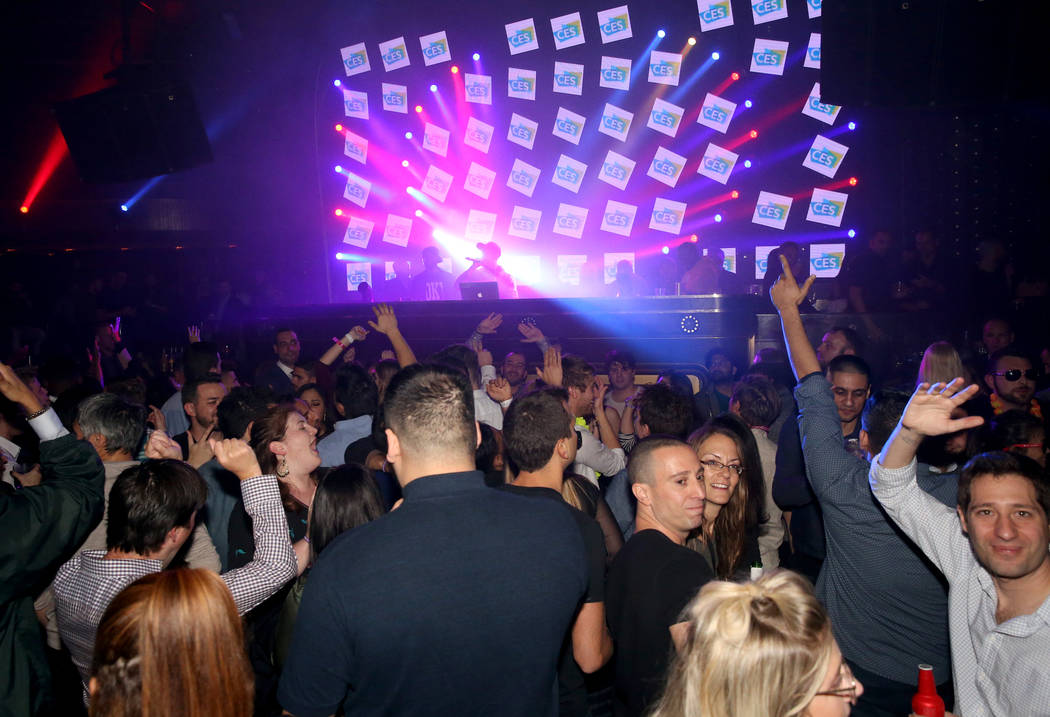 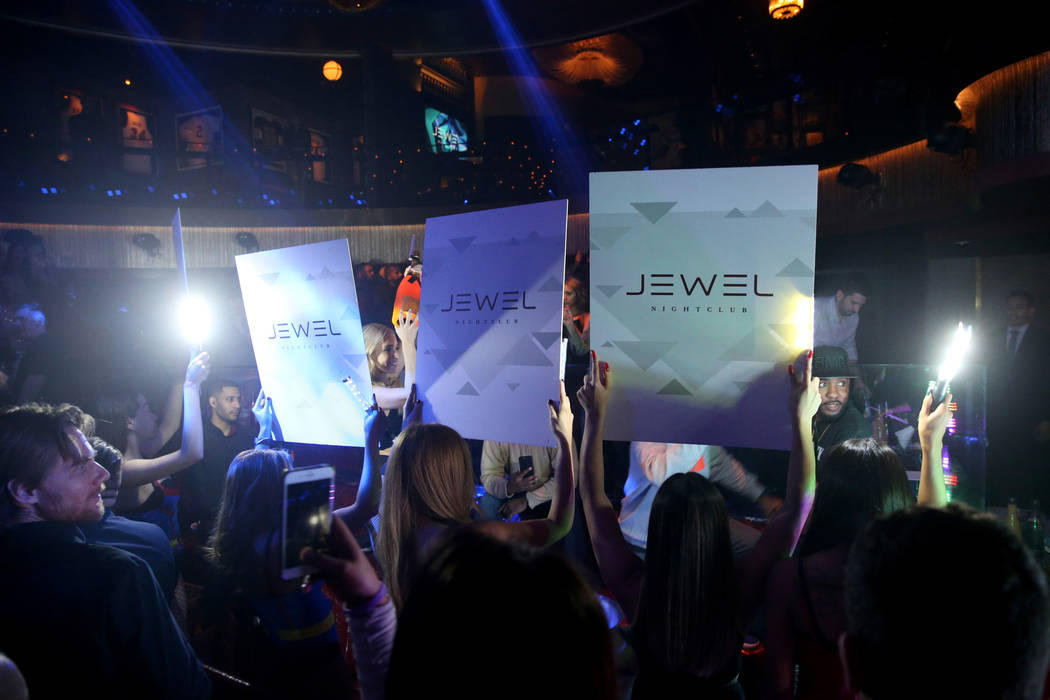 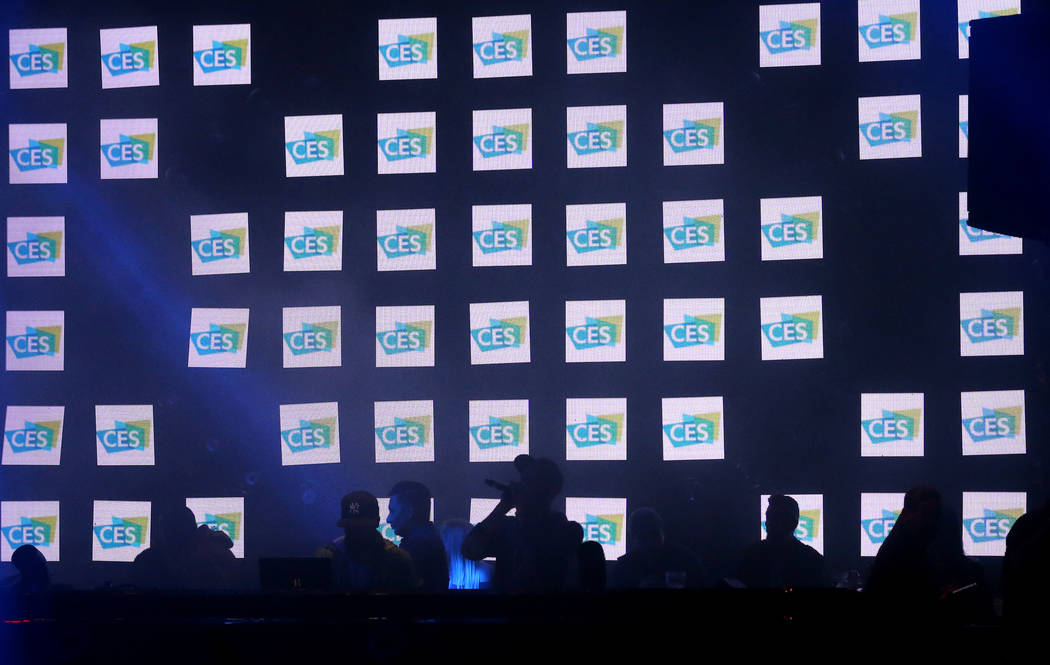 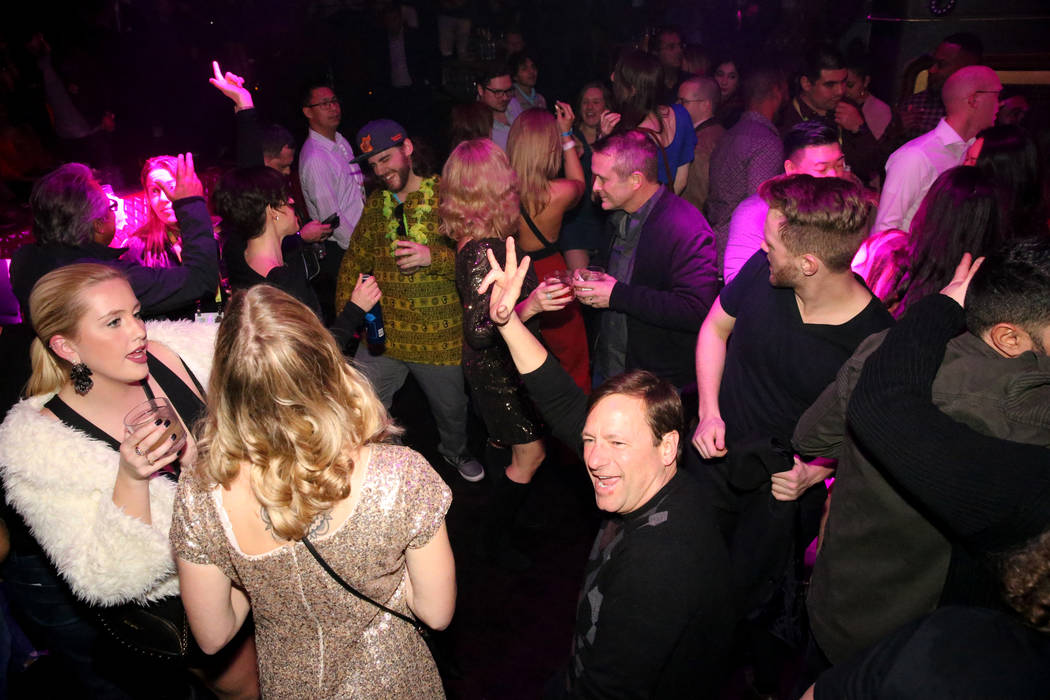 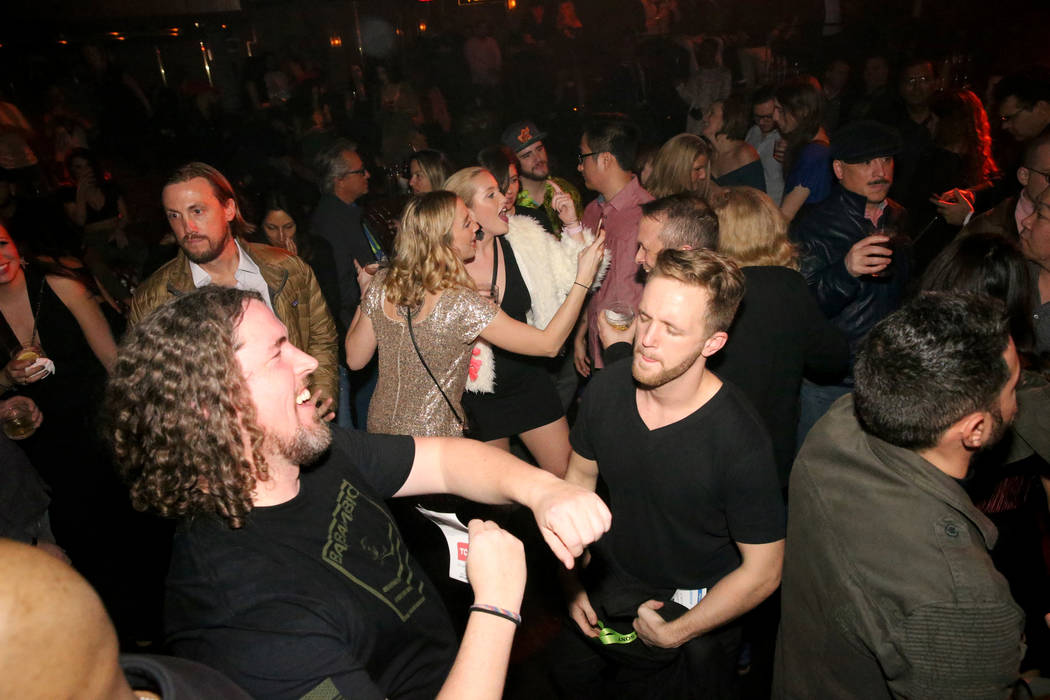 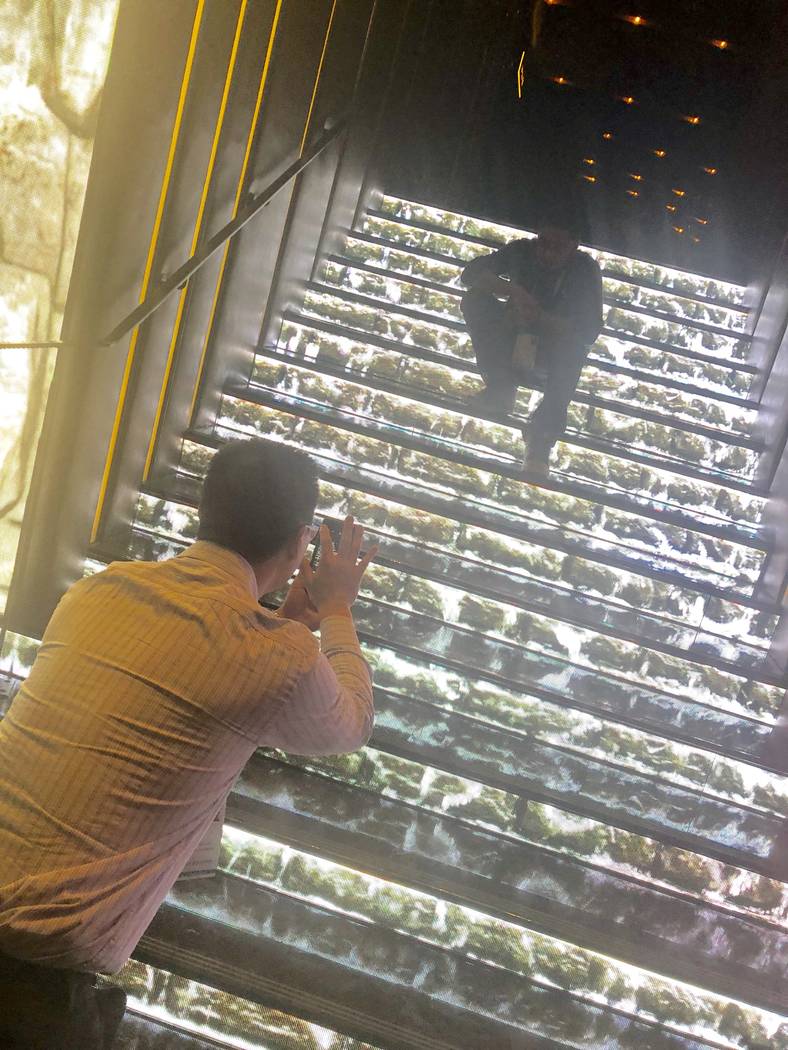 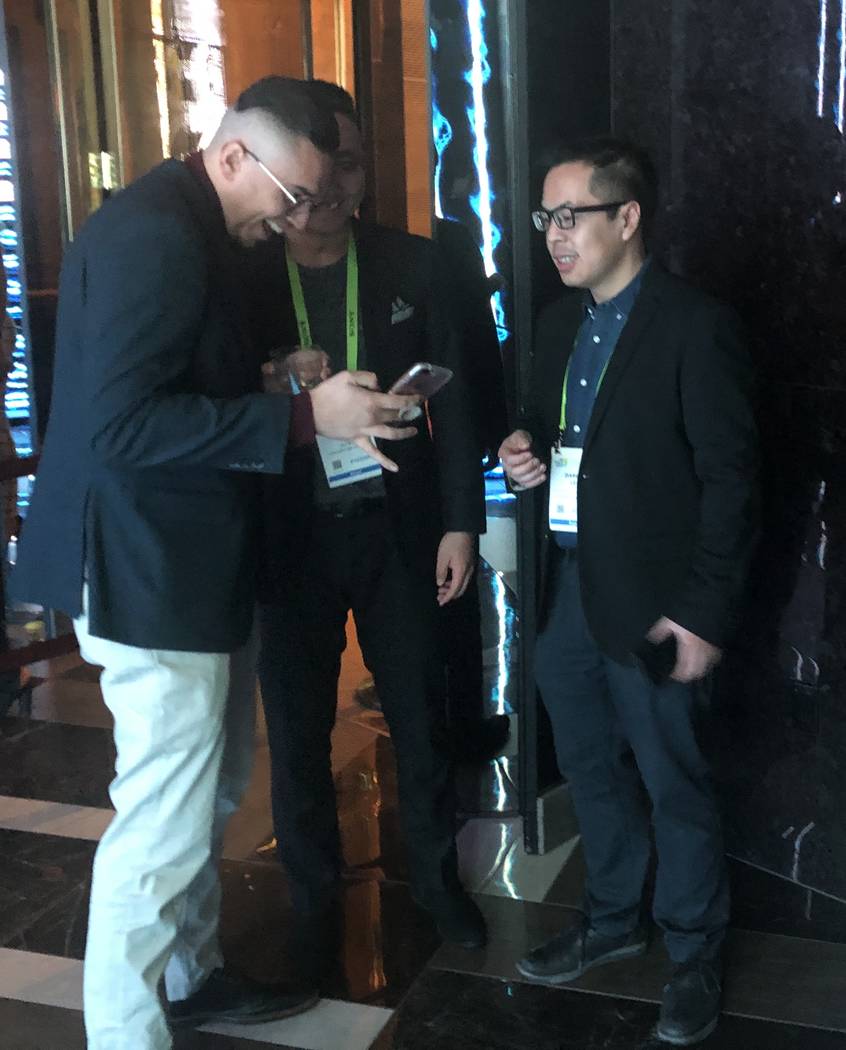 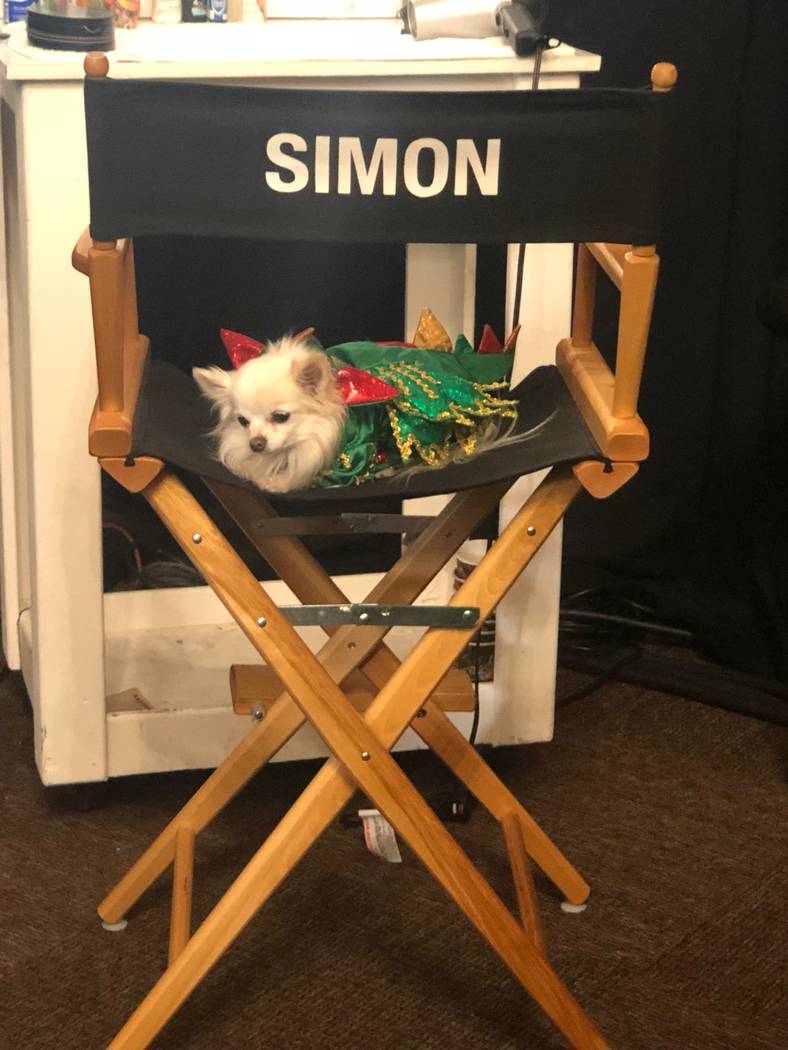 In their first party of CES 2019 in Las Vegas, convention attendees Avinash Bansal and Chiraag Kapil were a pair of rock stars in a Strip nightclub. infogram

The two execs for Leaf Wearables of New Delhi, India, were among a group of upstart tech entrepreneurs who won the $1 million prize by developing a watch-like smart device women can use to send out emergency alerts if threatened or assaulted. The device is called a Safer Pro, and the company beat out 85 teams from 18 countries in a contest called Women’s Safety XPRIZE launched by Indian-American philanthropists Anu and Naveen Jain.

“We are doing everything we can to make the world a better place, to make a difference,” Bansal said before walking into Jewel Nightclub at Aria for the C Space Party, one of the kickoff events for CES 2019. “We are here all the way from New Dehli to talk about our work, and to see the work of others and meet other people, too.”

He added, “This is the beauty of Las Vegas, you have all the parties, all the nightclubs, and that’s what we’re doing now.”

The club welcomed more than 600 CES attendees, offering a free drink — up to $18 (with Strip prices in full effect) — for the first 500 badge-wearing visitors to enter the club. Mondays are typically the club’s industry night, dubbed Flawless Mondays. A private party, filled with folks wearing leis and fake-grass skirts, booked the club from 8 p.m.-11 p.m.; the CES crew flooded the scene afterward. tweet

“It’s an important night for us, it’s the biggest convention of the year in Vegas, and it’s very busy,” Gino DiPietro, director of VIP and Marketing for Jewel Nightclub, said as the crowd filed in. “So we go to extra lengths to make sure all these guests are taken care of for their marketing and make sure they can network with each other on our industry night.”

DJ Karma opened the evening. Headliner MadeinTYO (pronounced Made in Tokyo) took the booth at about 2:15 a.m. His debut single, “Uber Everywhere,” is also sound advice for anyone traversing CES with its traffic-gagging 4,500 exhibiting companies 180,000 conventioneers.

Customarily, the club burst with thundering house music, drum lines cutting through the crowd, and cocktail servers in lacy fishnet outfits parading around with LED sticks to mark the many birthdays being celebrated. tweet

Asked what brought him to CES, IT consultant Darryl Lee of Calgary said,“Everything. The technology, people, networking, the parties.” His friend Rinzi Sheka, a regional sales manager with Best Buy in Calgary, added, “It’s very exhausting. Very. You start at 8 a.m. and go-go-go. We’re lucky to get five hours of sleep. We’ll be drinking lots of coffee.”

Conventioneers Kevin Chui and Avinash Mathews of KCNED Solutions in Edmonton took several minutes to actually enter the club. The IT consultants and, for this night, Vegas club party tandem stopped to take several pictures at the LED steps leading into the main club.

“I have never been inside here,” Mathews said. “We’re still trying to get to the dance floor.” His buddy stared at the glowing technology nearby, smiled and said, “We’re still mesmerized by the stairs.”

Susan Boyle, who soared to the finals of “Britain’s Got Talent” in 2009, has survived the first episode of NBC’s “America’s Got Talent: The Champions.” Her rendition of the Rolling Stones’ “Wild Horses” earned a Golden Buzzer from judge Mel B. Stand-up comic Preacher Lawson was the other act to move on. Circus Circus Midway chair-balancing performer Uzeyer Novruzov was among the acts who did not advance.

Several Las Vegas performers are yet to appear on the show, which airs Mondays through Feb. 18. Among the Vegas contingent is Flamingo Las Vegas headliner Piff The Magic Dragon, who prides himself “The Loser of America’s Got Talent” after his 2015 run to the finals (losing out to ventriloquist Paul Zerdin).

Piff seized the opportunity Monday night to snap a shot of his chihuahua sidekick, Mr. Piffles, occupying Simon Cowell’s director’s chair backstage. The fallout of this move might be addressed as Piff’s return to the show airs next Monday night.