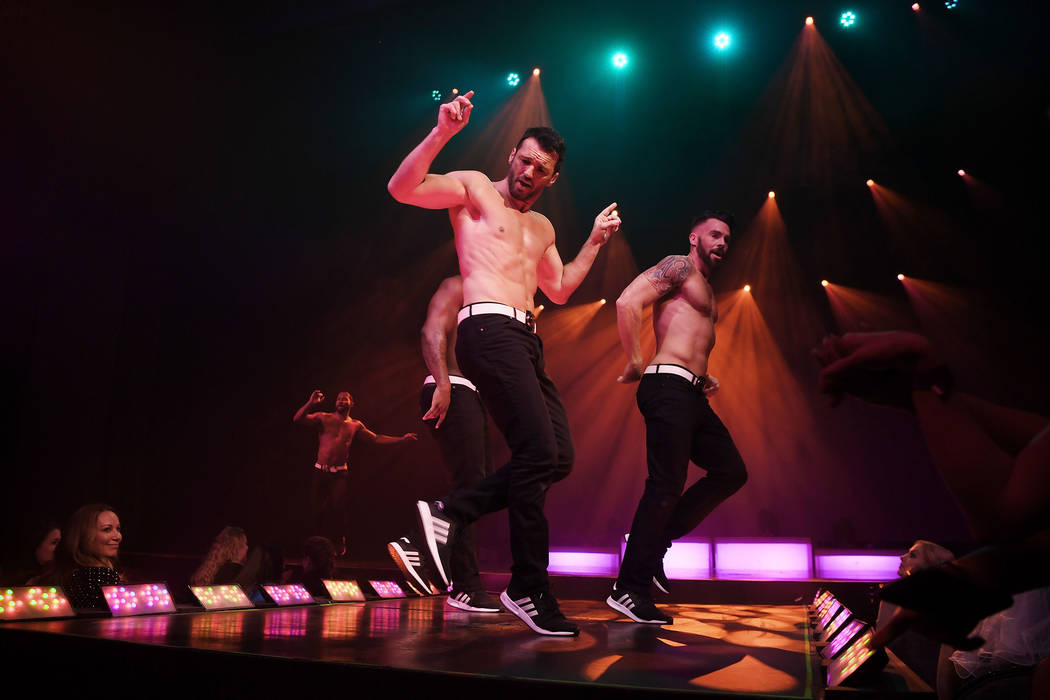 Dancer Tony Dovolani (C) from "Dancing With The Stars" performs in Chippendales at Rio All-Suite Hotel & Casino on April 20, 2018 in Las Vegas. (Photo by Denise Truscello/Getty Images for Chippendales) 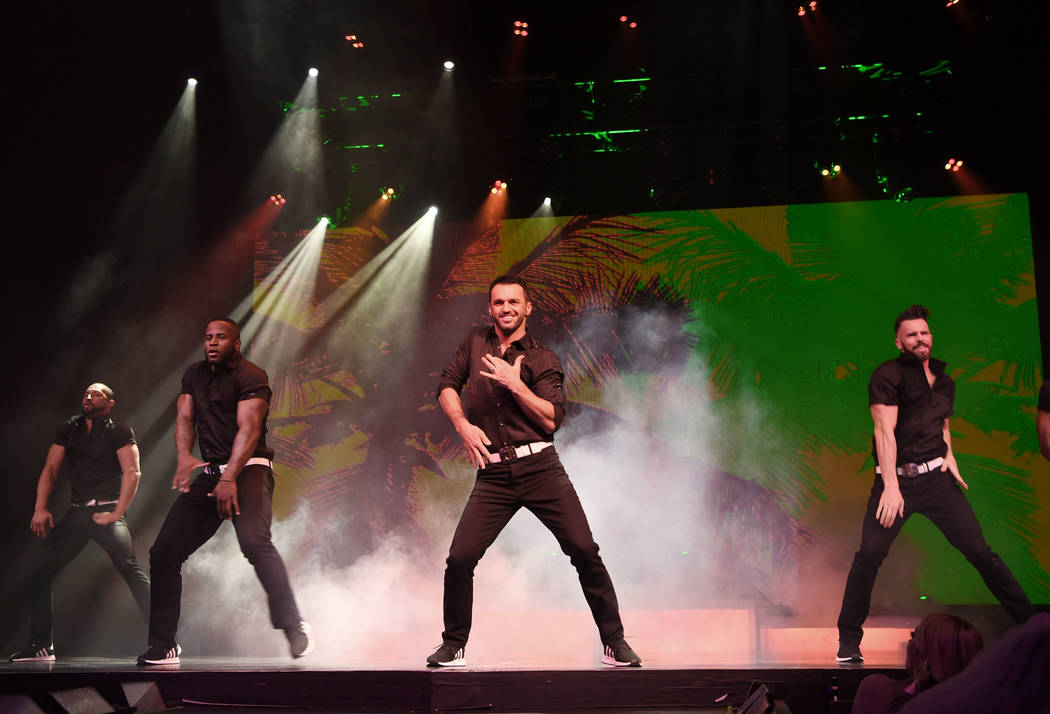 Dancer Tony Dovolani (C) from "Dancing With The Stars" performs in Chippendales at Rio All-Suite Hotel & Casino on April 20, 2018 in Las Vegas, Nevada. (Photo by Denise Truscello/Getty Images for Chippendales) 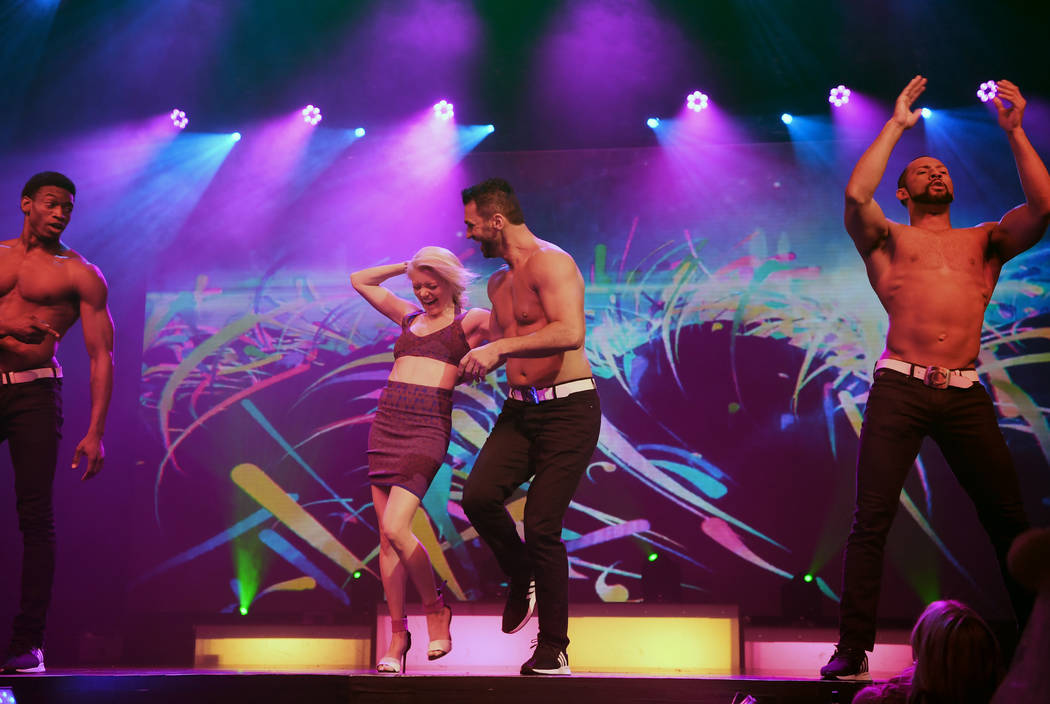 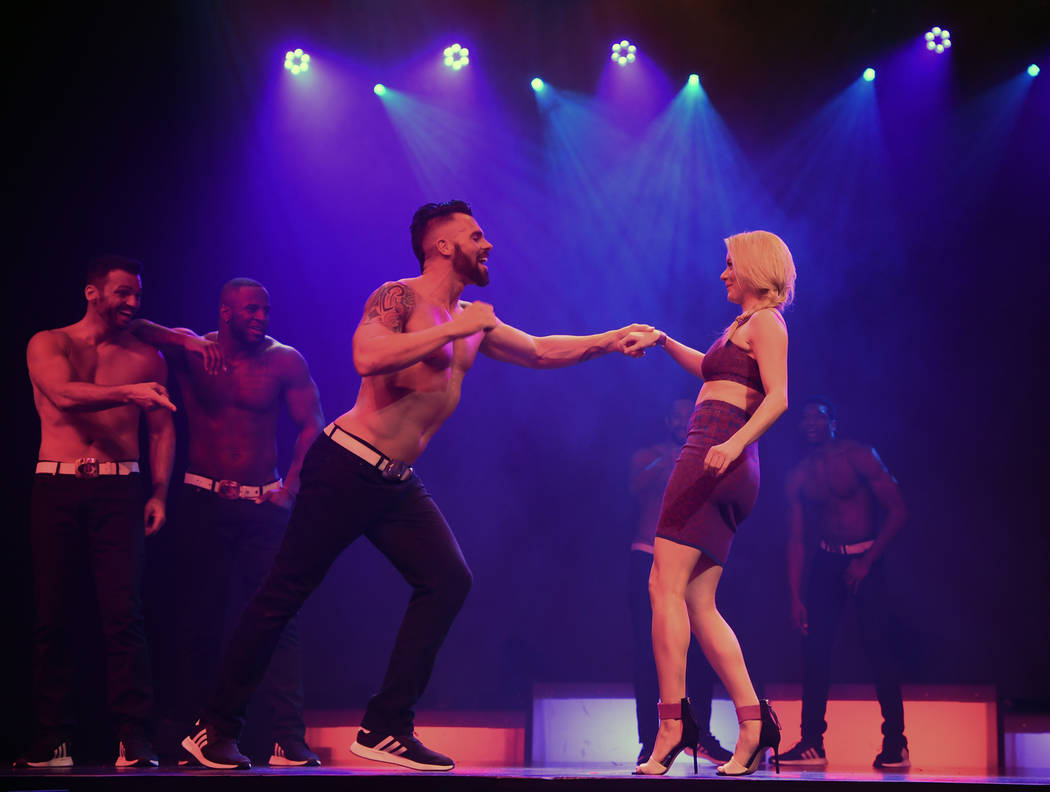 The Kats! Bureau at this writing is Masquerade Bar, just across from the “WOW” theater at Rio. The aquatically accessorized stage show of that name is marking its 250th performance this weekend, and director Hanoch Rosenn is on hand to provide cake, champagne and a pep talk to the cast.

Upstairs, we understand the former Martorano’s space will be transferred into a full-scale music club with an outside partner moving in for programming. It’s called the King’s Room at the moment, but that might change this year. Comedian Eddie Griffin closed out his run at the hotel last month as the Comedy Cellar has moved into the original King’s Room on the casino level.

But we’re focusing on Chippendales Theater, also on the resort’s second level, and a roller-coaster weekend for that show’s new guest star. Read on …

Tony Dovolani, the former “Dancing With the Stars” pro dancer and an expert choreographer, opened his run as guest host for “Chippendales” on Friday night. Dovolani has directed a new Latin-themed number in the show, the first time a guest host has actually choreographed for the production. He is set to host through May 27.

Dovolani brought former “Baz” and new “Marilyn! The New Musical!” star Ruby Lewis to the stage in Friday’s premiere. The two had just met the morning of April 15 at the 28th annual AIDS Walk at Town Square Las Vegas.

The premiere event was further boosted when Chipps dance captain Ryan Kelsey and the production’s managing partner, Kevin Denberg, presented a $5,000 check to the Tony Dovolani Foundation, which provides support to special-needs children (Dovolani’s son, Adrian, is autistic). Dovolani is also donating a percentage of his income from his performance to the foundation.

With a broken heart I’m bringing this devastating news to all the family and friends……. late last night we lost Shkelzen Verzivoli ( skalzy ) the service will be held at 106 Colombia blv Waterbury 4pm to 10pm today and burial will be tomorrow .

Dovolani performed in two shows again Saturday night but later learned that his cousin, Shkelzen Verzivoli, known as “Skalzy,” died of a heart attack at age 42. Dovolani and Verzivoli were said to be as close as brothers. Dovolani’s sadness was evident in his Instagram and Facebook posts shortly after learning of Verzivoli’s death. He started, “With a broken heart, I’m bringing this devastating news to all the family and friends …” and wrote of plans for a memorial service in his home of Waterbury, Connecticut.

Dovolani is due back in Las Vegas on Thursday. He does not plan to miss any performances.

The second night of the Las Rageous hard-rock music festival set an attendance record for Downtown Las Vegas Events Center, at about 12,000 fans. The second night was capped by Judas Priest’s set at the F stage and Five Finger Death Punch on the U stage.

During the FFDP performance, The D Las Vegas co-owner and the events center owner Derek Stevens said he was inspired to bring an outdoor venue to Las Vegas after an unlikely event: the infamous “Fan Man” heavyweight title bout between Evander Holyfield and Riddick Bowe on Nov. 6, 1993, at Caesars Palace’s outdoor pavilion.

The bout was interrupted when James Miller, subsequently nicknamed Fan Man, crashed into the ring in the seventh round while piloting a motorized paraglider.

While most boxing fans recall that odd incident, Stevens also remembers being impressed by the great spectacle of an outdoor event in Las Vegas.

“I was just a young guy then, but I looked around at all the sight lines and this beautiful night on the Strip, and I thought, ‘One day I’m going to put on events in Las Vegas,’” Stevens said.

His vision was fully realized this weekend.

The band showed off its musical proficiency, racing through “Stray Cat Strut,” “(She’s) Sexy + 17” and “Rock This Town,” and Stray Cats seem a great fit for an extended engagement at one of the Strip’s theaters. Bookers like hits, and they also like bands who have recorded a lot of hits that are also making a comeback.

Michelle Johnson, “Las Vegas’ First Lady of Jazz,” performs her tribute to Ella Fitzgerald at 9 p.m. Tuesday at The BackSpace jazz series. Jazz fans — and they are out there — have taken a liking to the small room at The Space, and never less than great is M.J.