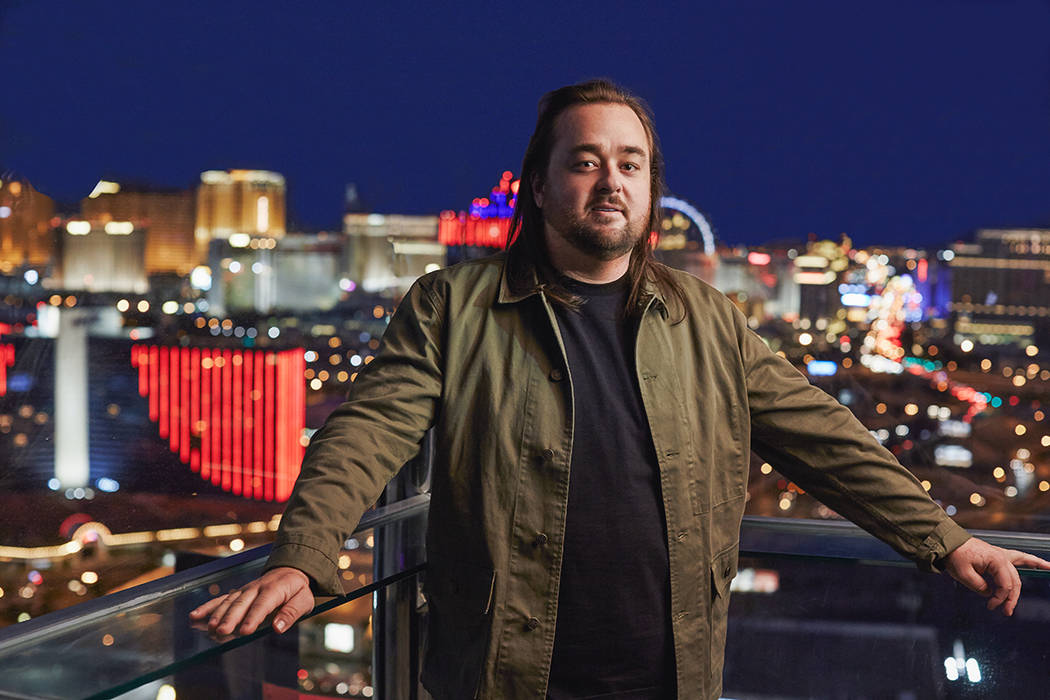 Austin Lee Russell, better known by his stage name of Chumlee, is pictured on the Strip in this undated file photo. 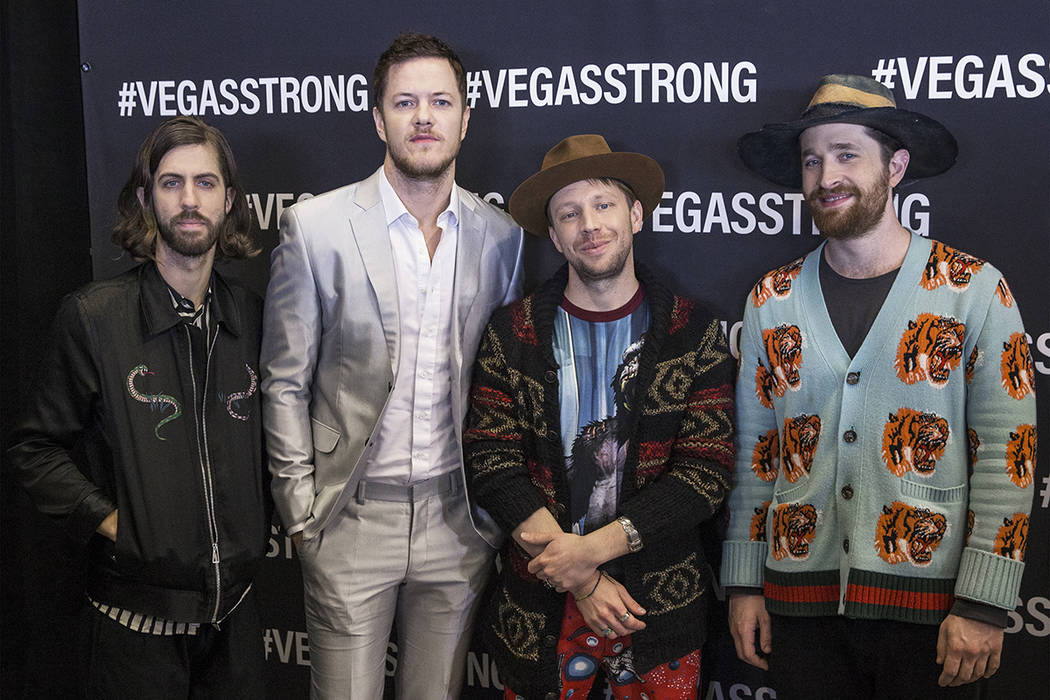 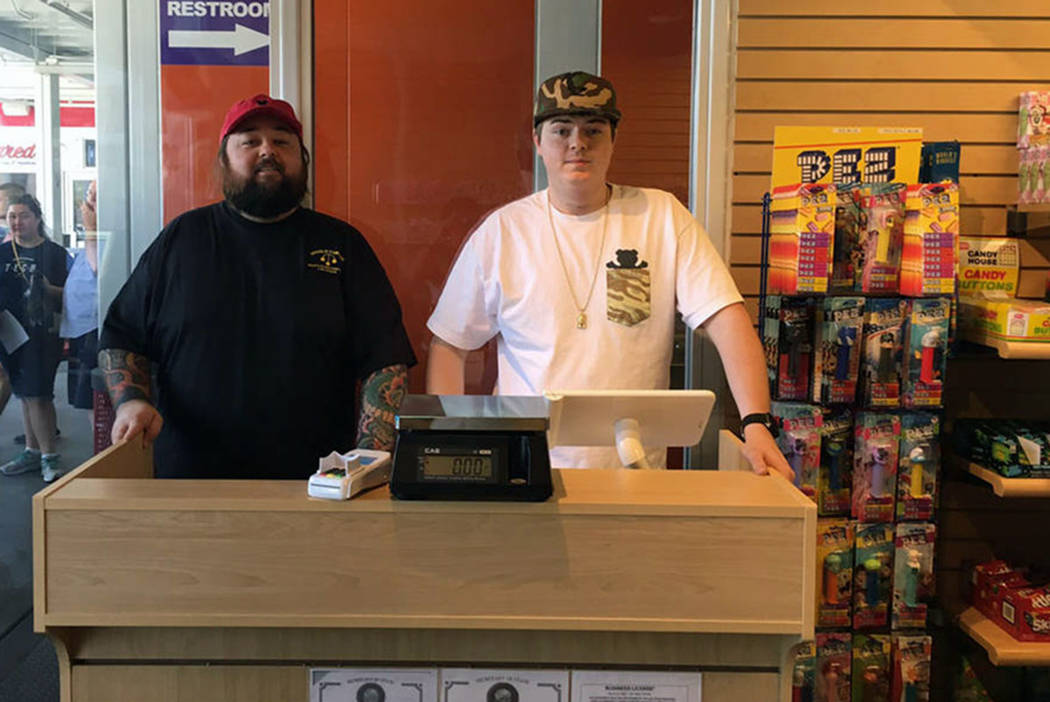 Austin “Chumlee” Russell and his brother Sage are co-owners of Chumlee's Candy on the Blvd. at Pawn Plaza in downtown Las Vegas. (PR Plus)

Austin “Chumlee” Russell is not a college-basketball handicapper. He’s better versed in the Fantastic Four than the Final Four.

But Chumlee stands to win $5,000 in an NCAA Tournament bracket challenge, beating 20 other celebs in contest sponsored by the Westgate Las Vegas Superbook. He has locked up the victory, largely because he’s the only competitor to pick Michigan to reach the Final Four (his pick to win it all was Duke, but even the Blue Devils’ loss to Kansas in the Elite Eight didn’t prevent him from winning the championship).

The success in his bracket forecast is typical of Chumlee, a guy who was in the right place at the right time at Gold & Silver Pawn when “Pawn Stars” became a cable-TV sensation.

“It’s just by luck,” Chumlee said. “The thing is, you have to pick some flukes in the tournament, because there are always flukes. The ones who pick the right flukes usually win.”

Chumlee will be on hand Saturday at the Superbook to take in the Michigan-Loyola of Chicago national semifinal. He will donate the winner-take-all $5,000 prize to his chosen charity, the Children’s Heart Foundation. Another charity benefit was Chumlee’s Easter Egg Hunt Adventure, which was Sunday at Sunset Park, with 300 folks turning out to hobnob with the TV star and take in a performance by Planet Hollywood headliner Murray Sawchuck.

The famously plump pawn employee is also still shedding weight after undergoing gastric-sleeve surgery on Feb. 15. Chumlee is currently at 270, having lost 70 pounds from the 340 he weighed the day of the surgery. His target weight is 170.

“I’m already feeling better. I’ll tell you, 70 pounds is a lot of weight to drop,” the 35-year-old TV star said. “But some things, like walking up stairs and going for a jog on the treadmill, are getting easier and easier.”

Chumlee remains a fan favorite on “Pawn Stars,” his merchandise having outsold those of his cast mates and who also runs his own side business, Chumlee’s Candy on the Blvd. at Pawn Plaza.

He easily explains his success: “I am a feel-good story. People like to feel good.”

The choice is simple for D Las Vegas and Golden Gate owner Derek Stevens. He can risk losing $25,000 or winning $1 million if Michigan wins the NCAA title. Or, he can “hedge” and bet heavily against the Wolverines in Saturday’s semifinal matchup with Loyola of Chicago. Stevens made the $25,000 bet on Michigan, his alma mater, to win the tournament on March 3 at the Golden Nugget sportsbook. The Wolverines’ odds were 40-1 when Stevens made the bet.

Golden Nugget owner Tilman Fertitta has offered his conditional support of Stevens, re-tweeting his rival owner: “Pulling for you because you beat my @UHCougarMBK team with a miracle shot. Good luck! But, I don’t want another loss and you beat me out of a million. #MarchMadness #Sweet16.”

Pulling for you because you beat my @UHCougarMBK team with a miracle shot. Good luck! But, I don’t want another loss and you beat me out of a million. #MarchMadness #Sweet16 https://t.co/tFHwa0TFcq

Fertitta was referring to the Wolverines’ last-second tournament victory over the University of Houston.

On Sunday, Stevens posted a poll on his Twitter page asking whether he should hedge the bet or let it ride. As of this writing, he’s received more than 4,000 responses.

“The response has been 50/50,” Stevens said Tuesday afternoon. The vote from here is to let it ride. While nobody would blame Stevens for hedging, letting that bet roll through the NCAA finals would give the flamboyant casino operator media coverage (and an exalted status in Vegas sports-betting lore) far outpacing his $25K bet.

Imagine Dragons are among the bands performing during the three-day outpouring of live music at the Final Four in San Antonio this weekend. The Las Vegas-based rockers are headlining Saturday’s Coca Cola Music Festival at Hemisphere Arena. Another band with Vegas underpinnings, Panic! At the Disco, is on Friday’s bill supporting Maroon 5. Jason Aldean, Kelsea Ballerini, Luis Fonsi, Cold War Kids and OneRepublic are among the acts to perform over the weekend.

Imagine Dragons also announced on its Twitter page it is in the lineup for the Kaaboo Del Mar festival set for Sept. 14-16 at Del Mar Fairgrounds. Kaaboo is one of the hottest festivals to spring up across the country over the past couple of years, and a Las Vegas outpost of the original festival would look great at Las Vegas Festival Grounds. Merely leveling an opinion here …

we will be performing at KAABOO DEL MAR in September along with a bunch of great acts. passes available here: https://t.co/IZCK1AIjmu – $20 off code for our fans is DRAGONS pic.twitter.com/n3ORLPyrLe

The previously reported match of Tom Green and John Caparulo at Harrah’s Showroom is official. Effectively titled “The Comedy Lineup,” the 10 p.m. nightly comedy show opens May 6 and features the veteran stand-ups on alternate nights. Green is onstage Sundays and Mondays. Caparulo headlines Thursdays through Saturdays.

“The Comedy Lineup” will eventually be open to other top-line comics, and fills the void left in the showroom following the death of Ralphie May in October.

Green closed out his “Tom Green Show” at The Back Room at Bally’s on March 7.

Similar to that showcase, Green’s show will incorporate video from his days as a guerrilla comic on MTV and also highlights from such raunchy comedy films as “Freddy Got Fingered.”