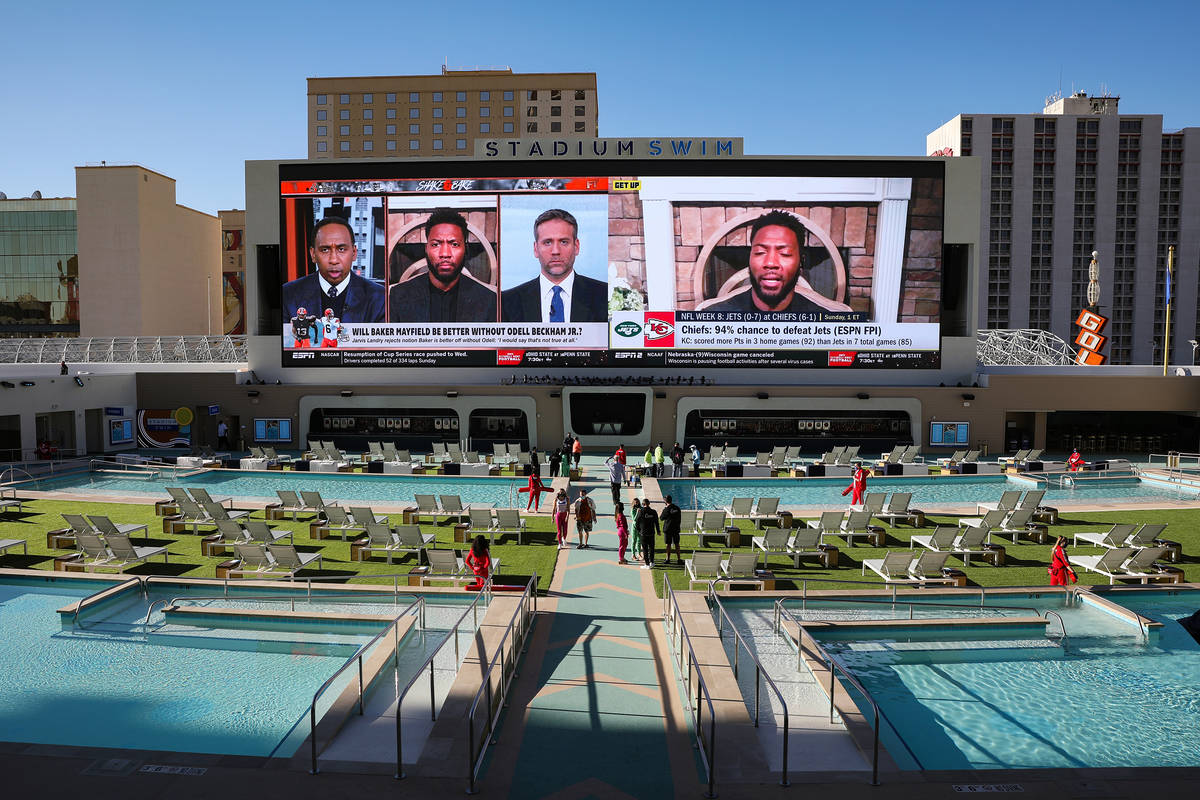 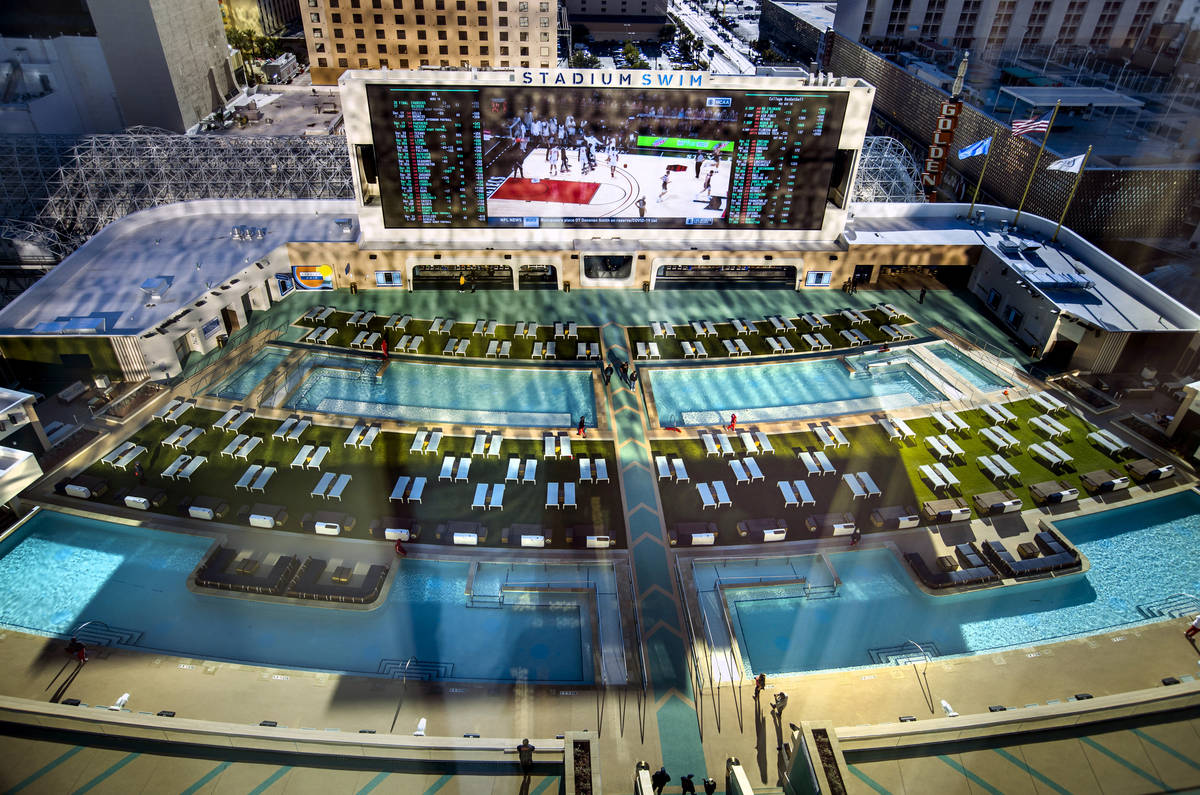 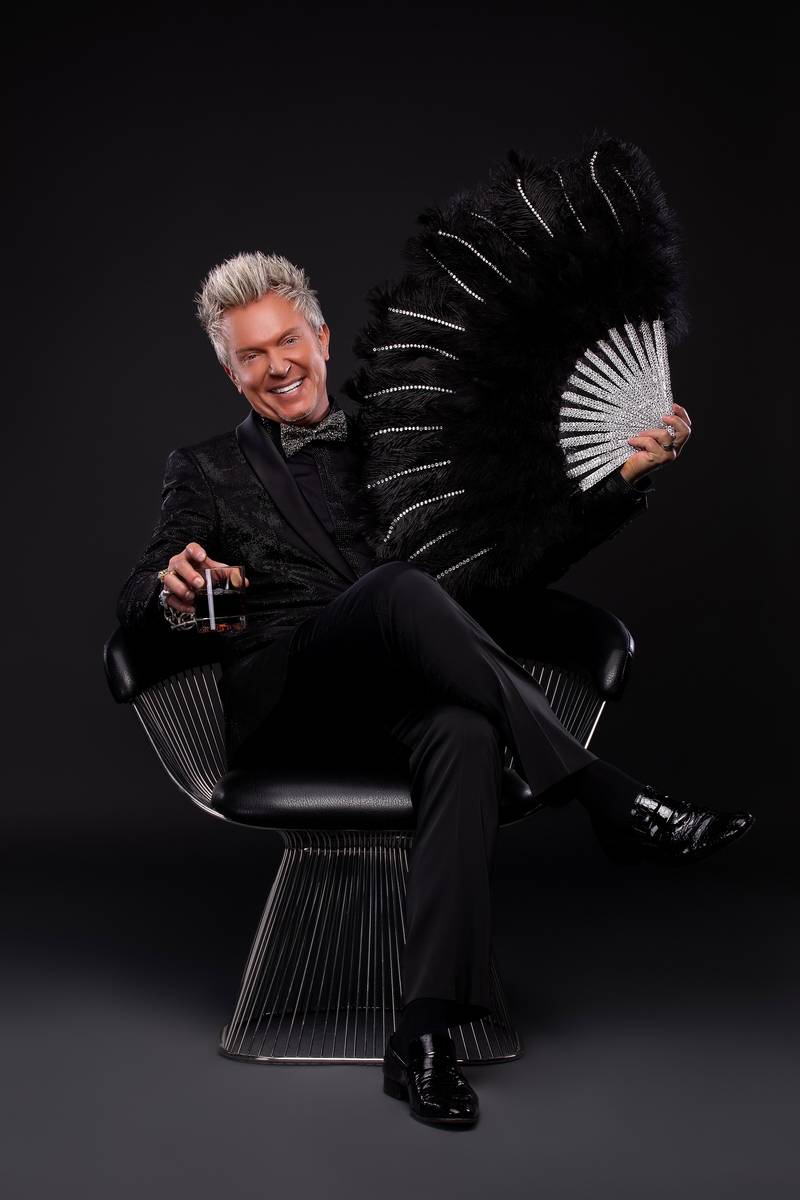 Zowie Bowie will headline a New Year's Eve show and CBS broadcast from Stadium Swim at Circa. (Patrick Rivera) 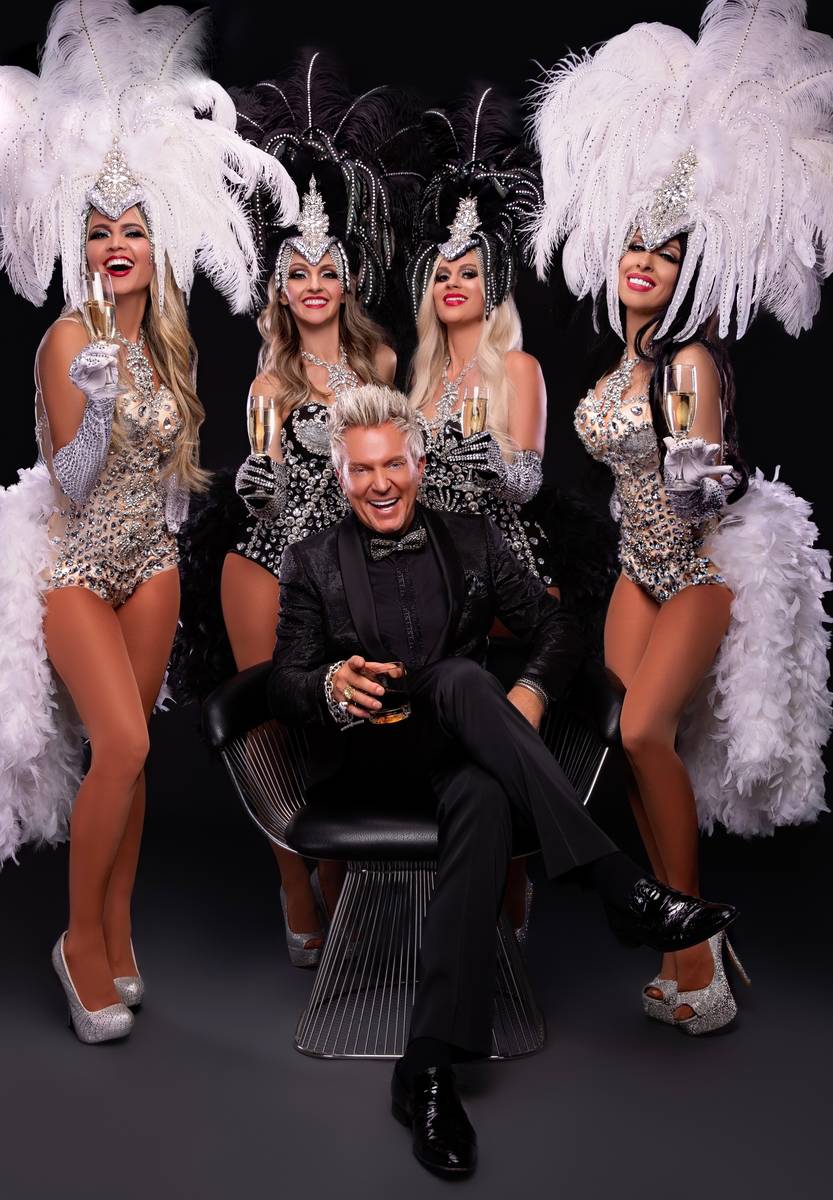 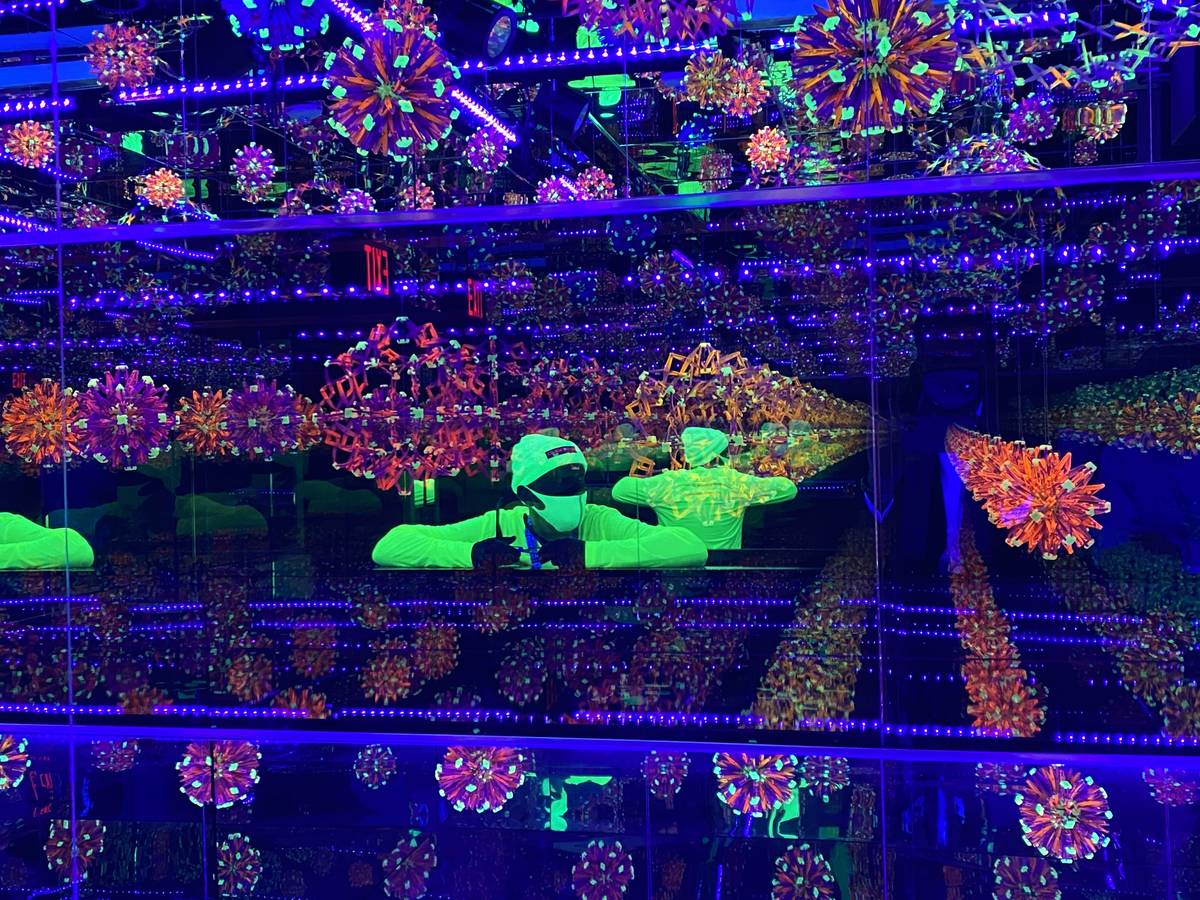 The newly minted Circa resort on Fremont Street has snuffed out plans to allow guests to attend the Zowie Bowie performance at Stadium Swim running through midnight New Year’s Eve. The show will be broadcast at 9 p.m. Thursday over CBS-TV’s Nextar-owned affiliates across the West, including KLAS-TV (Channel 8) in Las Vegas.

Hotel officials, led by co-owner Derek Stevens, decided Wednesday morning to close the entire pool deck, adhering to Clark County and city of Las Vegas restrictions for mass gatherings. The hotel’s other amenities, including the just-opened, rooftop Legacy Club, will be open to the public.

Across Main Street at the Plaza, owner Jonathan Jossel says the hotel’s fireworks presentation will go off as scheduled. “If people want to enjoy the fireworks show on TV or by walking along a public street, they can do that,” Jossel said Wednesday. “There is no plan, or has there ever been a plan, to make the fireworks show an event at the Plaza. We have no fireworks party, or no special place set aside to watch the show.”

Outside the hotel’s entrance, Fremont Street Experience is allowing a crowd to ring in the new year, with no live entertainment but with its LED Viva Vision canopy show running through the night. The event’s format, with a $25 service fee for guest, has sparked health-safety concerns among state officials.

At Circa, the original plan for NYE was to cap capacity at 400-500 at the outdoor Stadium Swim, which is set up for 4,000 guests (Gov. Steve Sisolak has set a 25 percent capacity limit on casino floors, bars and restaurants). No tickets were issued for the CBS event, which was restricted to hotel guests.

Thus, the New Year’s Eve event is strictly a television and live-stream experience, in a city where almost all live entertainment has been sidelined since March.

“As disappointed as we are to learn we are not able to have an audience for show ‘live’ and in front of us, we could not be more excited to party with millions of people (watching) from home,” Zowie Bowie frontman Chris Phillips texted Wednesday. “If this is what it takes to help protect our community, I’m all for it.”

Phillips is backed by a 17-piece show band and singers Jaime Lynch and Christina Amato. Skye Dee Miles is set to appear at midnight, and topnotch Las Vegas vocalists Michelle Johnson and Sina Foley are also in the lineup.

The broadcast hosts are KLAS anchors Brian Loftus, Kirsten Joyce, Tedd Florendo and Alex Backus, along with Marcia Acega-Dunn from KSWB-TV in San Diego and Anthony Bailey from KGPE-TV in Fresno, California. Crews also will be stationed at Hard Rock Live on the Strip and at The Plaza for that hotel’s fireworks display, also a closed event.

The show serves as a fundraiser for Souper Bowl of Caring, which raises money to address hunger crisis in each market. Viewers are encouraged to donate by phone, online or texting “NYEDONATE” to 26989.

An attraction born in COVID that should survive long after, “Wink World: Portals To The Infinite” at Area 15, opens to the public Jan. 7. The brainchild of the inspired Chris Wink, the space is splashed with neon illuminated under black light and features the work of psychedelic artist Alex Aliume at the entrance. His intricate painting, featuring one eye that is open and looking out at you and the other closed and looking inward, is a tribute to Wink himself.

Inside, you find a series of viewing stations, as hundreds of ribbons and translucent, Slinky-styled spring toys hang and spin in mirrored rooms. It appears the landscape goes on forever, or infinitely, and that is the point.

“We want to take people out of where they are right now, in a larger context,” says Wink, who also helped design the music in the portals. One sound track is created entirely of humans breathing in rhythm, another is a percussion piece on PVC pipe (bringing back some of the Blue Man Group-styled sound).

Tickets are $18 for adults, $13.50 for children. Locals with Nevada ID pay $14.50 for adults, and $11 for children. Discounts are also available for seniors and members of the military. All prices include official ChromaDepth 3-D glasses.

It’s all very trippy, and also safe. We’ll be back, wearing our special day-glow, plastic-fork headpiece. Those are available at Wink World, too.