Cirque to document return of 'O' to Las Vegas Strip 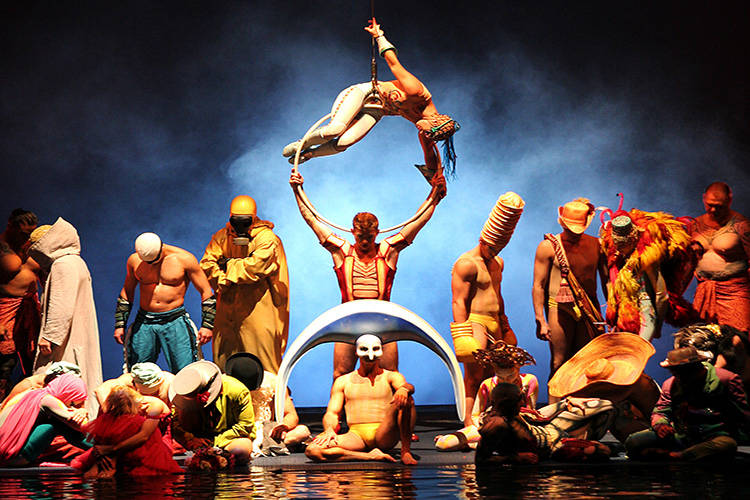 The cast of Cirque du Soleil's "O" perform during a 10th anniversary show at the Bellagio hotel-casino in Las Vegas on Oct. 15, 2008. (Las Vegas Review-Journal) 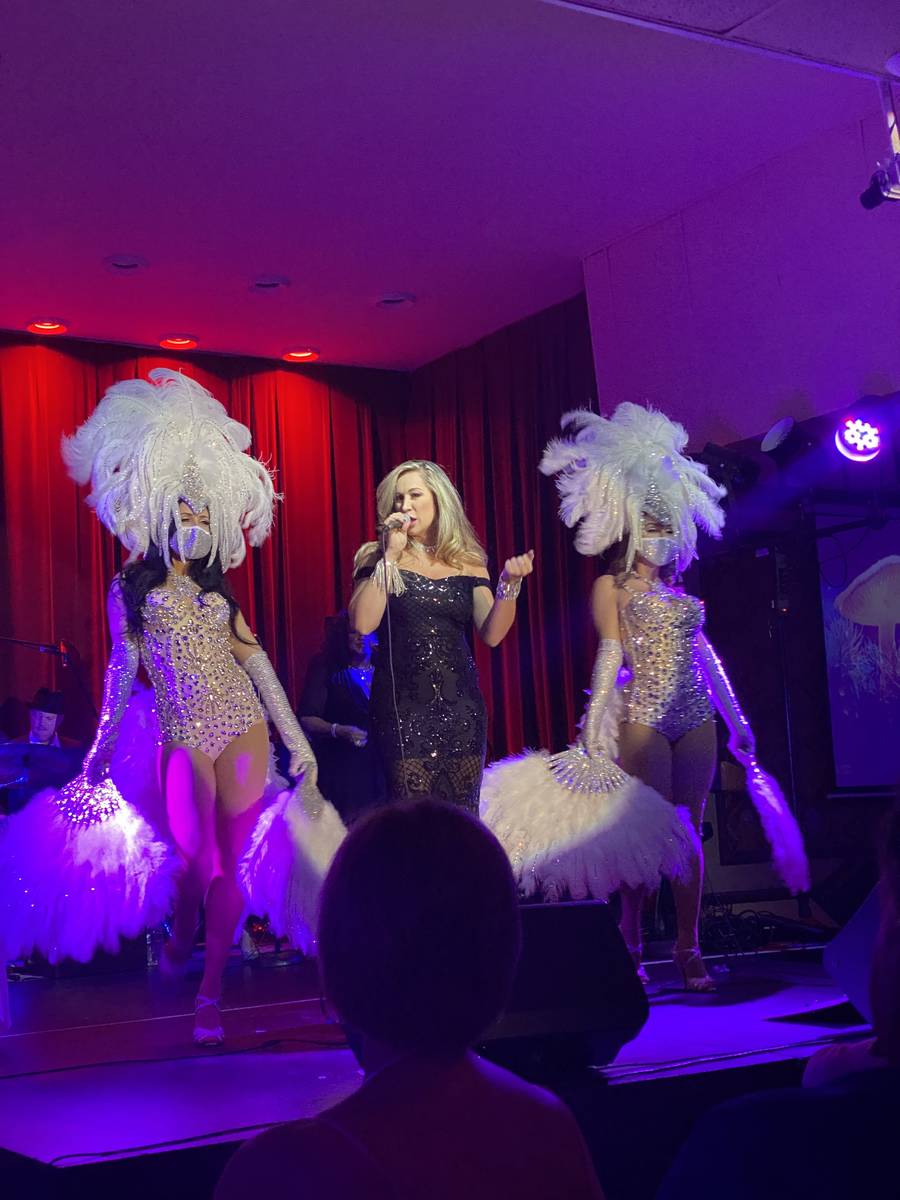 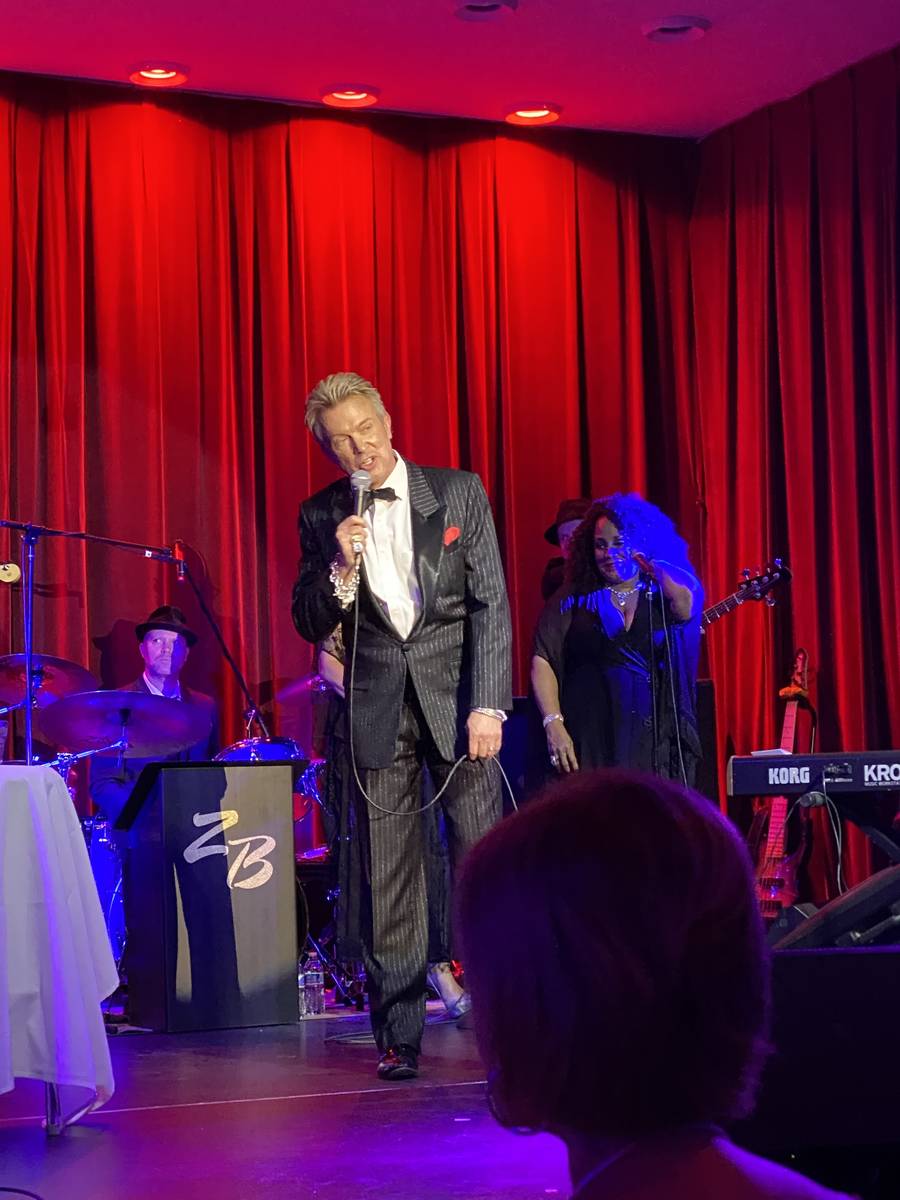 Someone should really document the return of Cirque du Soleil to the Las Vegas Strip.

Wait, someone is. Cirque itself.

The long-running circus production company plans to chronicle the return of “O” at Bellagio, along with artistic partner MGM Resorts International and MGM Studios. We have it on good authority that Cirque CEO Daniel Lamarre has expressed these plans to the company. A Cirque spokeswoman declined to provide details about the documentary. MGM Resorts officials referred questions back to Cirque. But this documentary is a go.

Cirque Senior Vice President Eric Grilly confirmed in February the company intends to bring “O” back first, ideally by July 4, in the company’s pandemic reopening blueprint. It is conceivable “Mystere” at Treasure Island might actually be first to reopen.

Reviewing Cirque’s strategy for relaunching its shows is becoming a fascinating process.

“Mystere” has myriad reopening advantages under current COVID conditions. It features more traditional Cirque acts and does not require specialized aquatic staging, training or preparation. The production is the lone Cirque show that is not in partnership with an MGM Resorts hotel. T.I. owner Phil Ruffin, an independent operator, is known to be especially eager to get this production back onstage ASAP, because the show is such a driver of hotel business

“Mystere” also has far lower operating costs, and less pressure to move tickets, than “O.” The payroll cost for the “Mystere” cast and crew of about 145 is less that of “O,” with its full company of about 200 artists and crew. More stats: “Mystere” can break even at about 35 percent capacity. “O” requires about 65 percent.

Still, MGM Resorts officials are reportedly resolute in making “O” the first Cirque show to be back in Vegas since the company shut down all of its shows worldwide in March 2020.

Through the entire COVID break, Cirque has continued a strong bond with MGM Resorts. Former MGM Resorts Chairman Jim Murren is one of Cirque’s two new chairman, along with Gabriel de Alba, announced in November when Cirque’s new ownership team was finalized. And MGM Resorts President of Entertainment and Sports George Kliavkoff is a board member.

But regardless of who opens first, Cirque’s aquatic show is being uniquely featured in this documentary. The “O” show is coming soon.

IAC, ZB and you

This was bound to happen in VegasVille: Lounge and Fremont Street Experience staple Zowie Bowie blowing through the Italian American Club. Both are longtime Vegas favorites, and Chris Phillips obviously delighted in his first show before an audience since March 2020. He did front the CBS New Year’s Eve show at Circa’s Stadium Swim, but there was no audience allowed for that windswept event.

The show ran long, about two hours (or, in Phillips’ case, five cocktails). The front man noted his lack of stage time, saying through heavy breaths, “It’s NOT easy coming back to this show. Who said this was like riding a bike?” Big ups to singers Jaime Lynch, Sina Foley and Michelle Johnson. They ably filled in as Phillips took his breaks to change his outfits and (we guess) take on some oxygen.

The horn-driven backing band and ZB Showgirls, organized by Phillips wife, Jennifer, brought an even greater complement of Vintage Vegas to this scene. And just as I was saying, “This show needs to be back,” Phillips told the crowd he’d just agreed with maitre d’ and manager Benny Spano to return April 22.

The IAC club is also buttressing its live-entertainment lineup April 11, with Elisa Furr as Celine Dion and Gabriella Versace as Barbra Streisand in “Timeless.” Bucky Heard and John Wedemeyer are back April 14 “It’s Still Rock And Roll To Me.”

Michael Nugent, also an occasional IAC performer (he’s in the lounge 6 p.m.-10 p.m. Thursday), is featured at The El Cortez Parlour Bar on Fridays and Saturdays (aside from April 9) through this month. The 26-year-old Nugent is a singer with an old soul who can also carry contemporary hits. Good to see him, and Parlour, back in action.

Impress your friends by knowing the only Las Vegas Strip singer to stay consistently onstage since the August reopening of live entertainment is Angelina Alexon. The multi-talented, multi-lingual artist has alternated at Indigo at Bally’s and Le Cabaret at Paris Las Vegas throughout pandemic restrictions. Alexon is onstage Fridays and Saturdays, toggling nights between the two venues.

Alexon is originally from Greece and blows the place up by singing hits from Mariah Carey (delivering Carey’s signature “whistle” note), Whitney Houston, Ariana Grande and Dua Lipa. Alexon also parks it with Gloria Gaynor’s “I Will Survive,” a performance where the crowd is reminded to stay COVID compliant and not to groove.