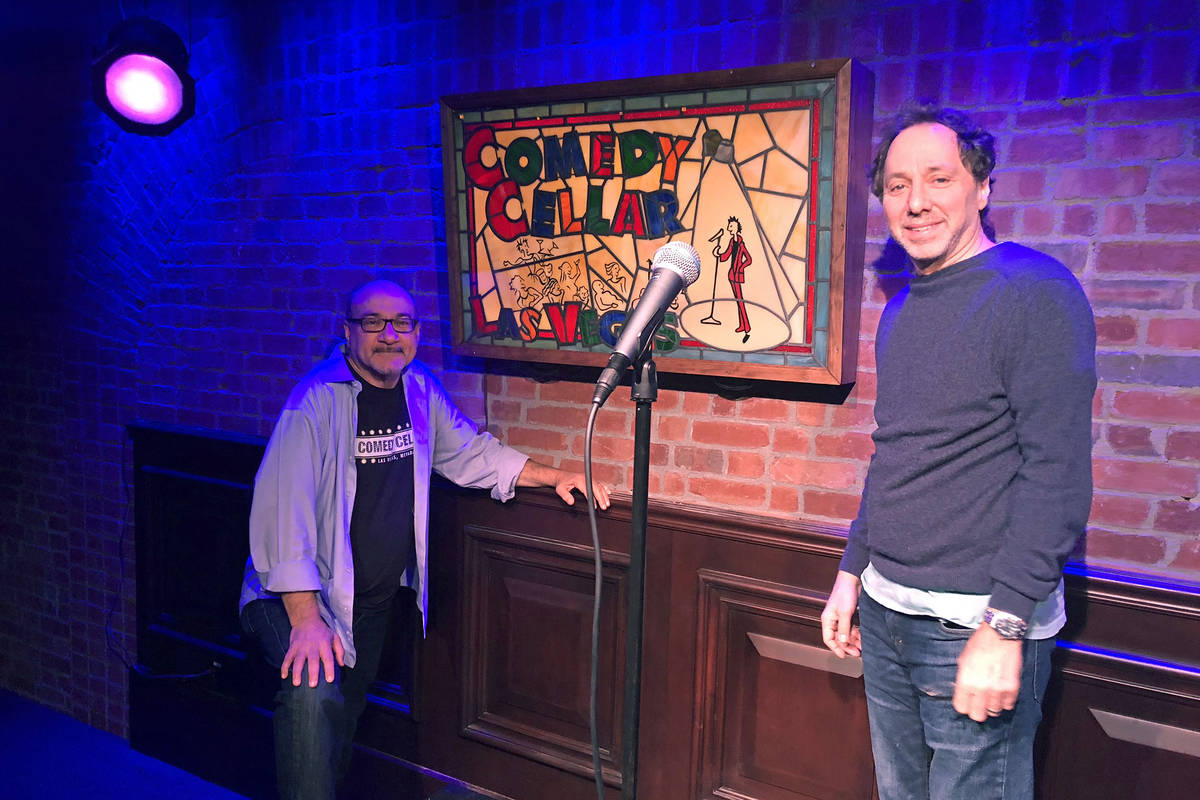 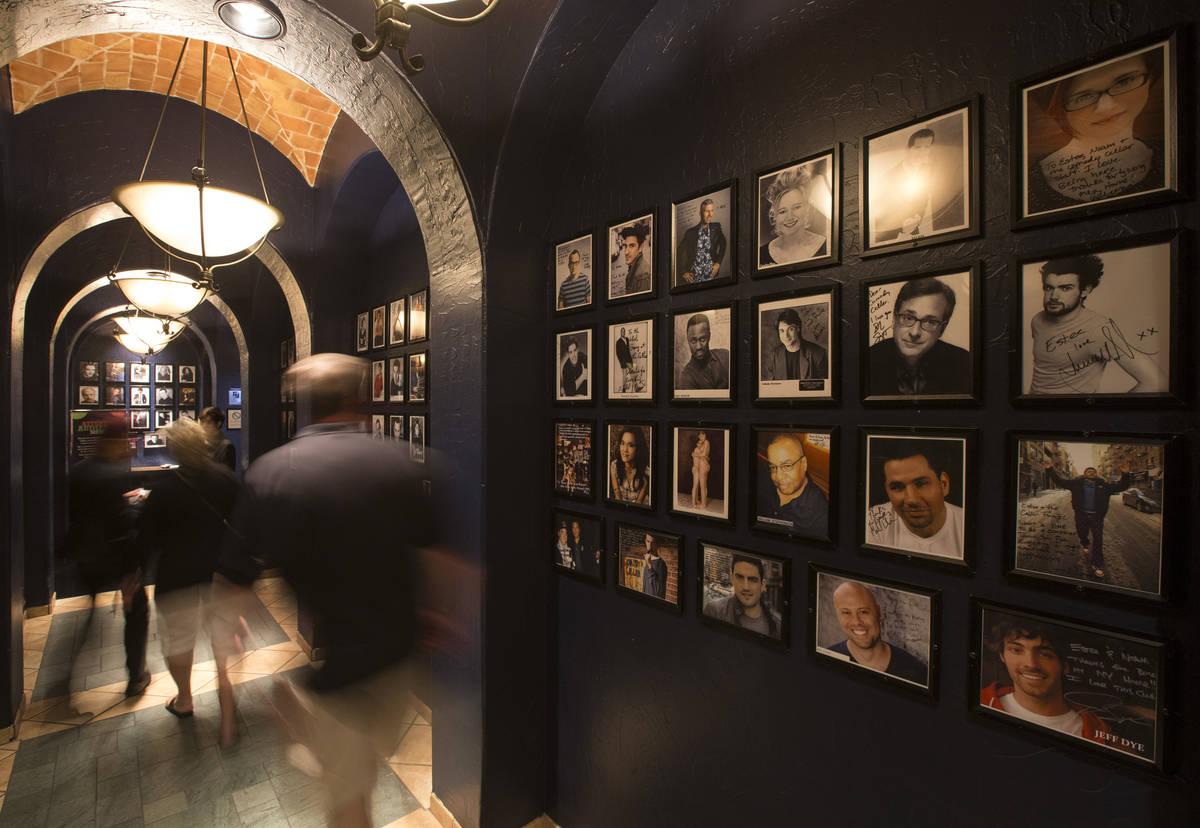 The walls of the entrance way to the Comedy Cellar are lined with headshots of famous comedians of the club's past and present. (Las Vegas Review-Journal, file) 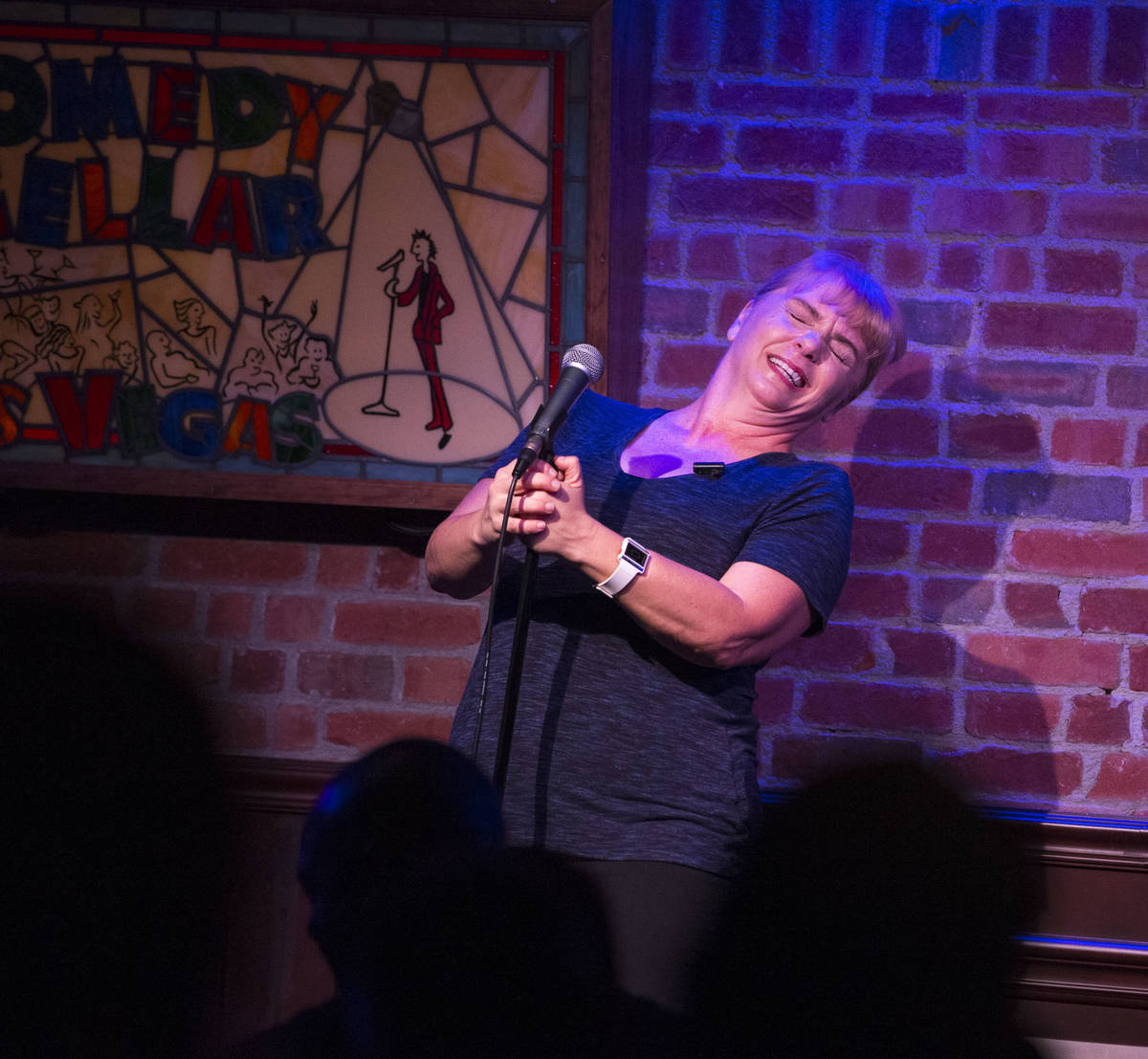 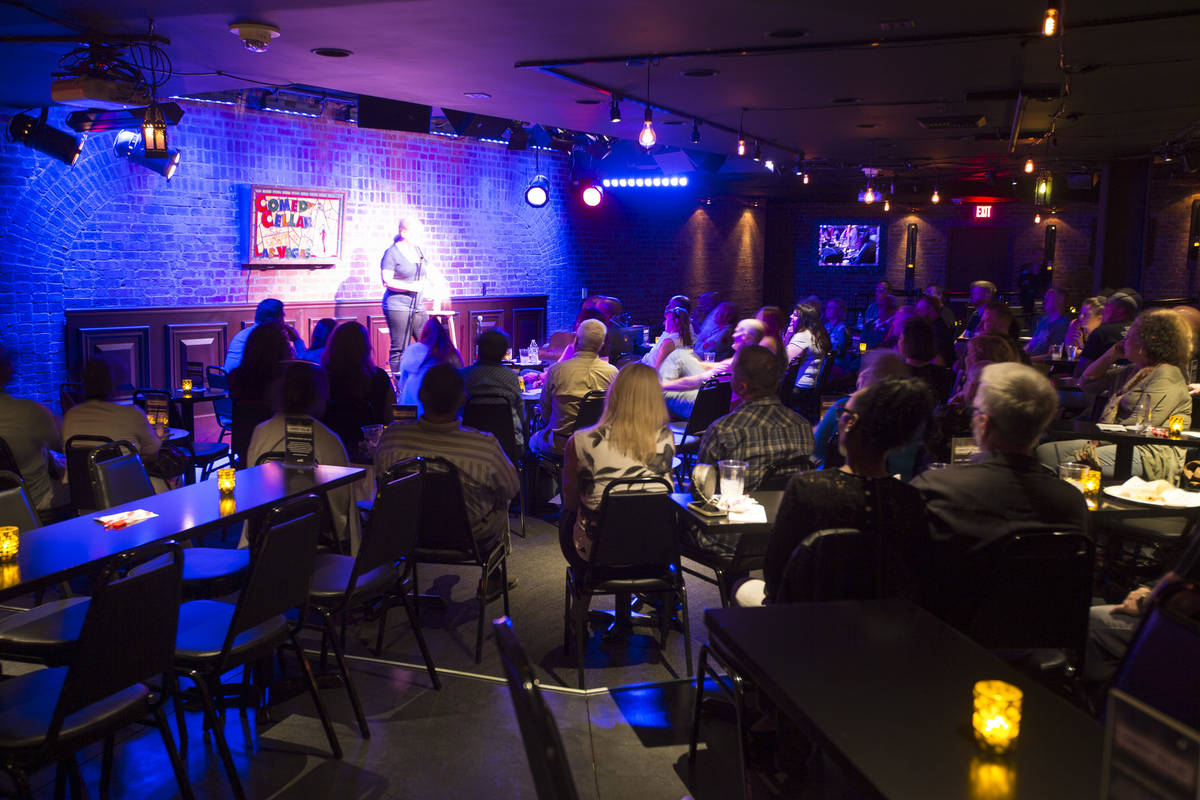 Noam Dworman kept his attitude from falling into the cellar throughout the pandemic.

“I’m not optimistic, nor am I pessimistic,” the owner of the Comedy Cellar at the Rio said Tuesday. “But I am hopeful.”

The schedule is two shows per night, at 7 and 9:30 p.m., Thursdays through Sundays. Naturally, seating is adjusted for safety directives and the audience is required to wear face covers while not actively eating or drinking.

The Comedy Cellar in New York City’s Greenwich Village has opened its three venues to 30-percent capacity, the relaunch celebrated last Friday. Such famed comics as Dave Chappelle, Amy Schumer, Dave Attell and Louis C.K. (who has dropped in a few times pre-COVID in reviving his stage career) made unbilled appearances.

“We had a lot of famous people come in,” Dworman said. “It was almost like the old days.”

In Vegas, Dworman was waiting from afar to learn when the Rio would reopen. When those plans were initiated, so were plans to relaunch the club.

Asked how he held up personally and financially, Dworman said, “Personally, the obstacle was psychological. I have three small kids that needed home-schooling, so you can imagine that challenge. You have to compartmentalize what you are doing to prevent something disastrous from happening. It’s a lot harder than running a club.

“Financially, we were able to survive on loans from the government, the PPP loans that we will need to repay. That held us together.”

The Comedy Cellar joins almost every other comedy club on and off the Strip to reopen during the pandemic. Brad Garrett’s Comedy Club at MGM Grand and the Laugh Factory at the Tropicana have been open for weeks. The only outlier at the moment is Jimmy Kimmel’s Comedy Club at Linq Promenade, and Caesars Entertainment officials say they plan to bring back that destination club, too.

Dworman assessed the Vegas entertainment scene and returned to his optimistic/pessimistic comment.

“I will say I am optimistic about the vaccines,” he said. “They will allow things to bounce back to where they were in New York City, and from what I see, the same is true in Las Vegas.”