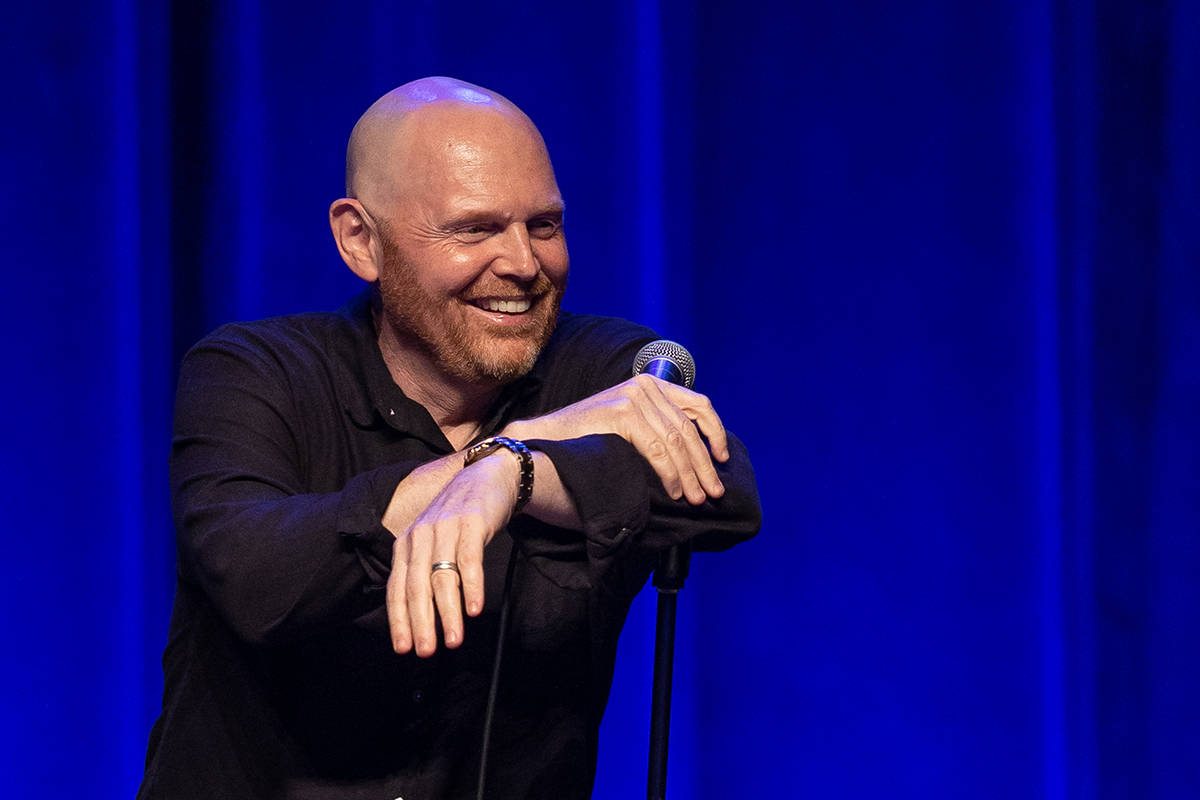 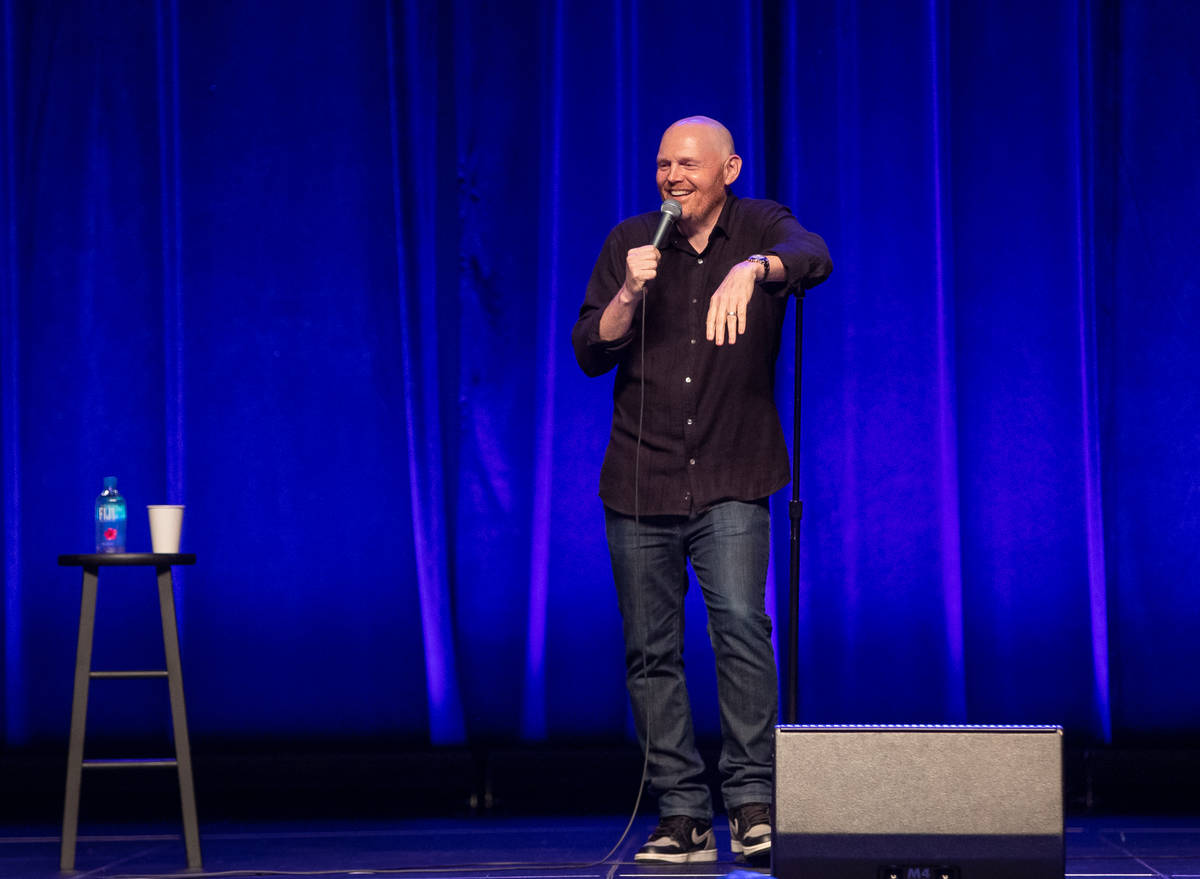 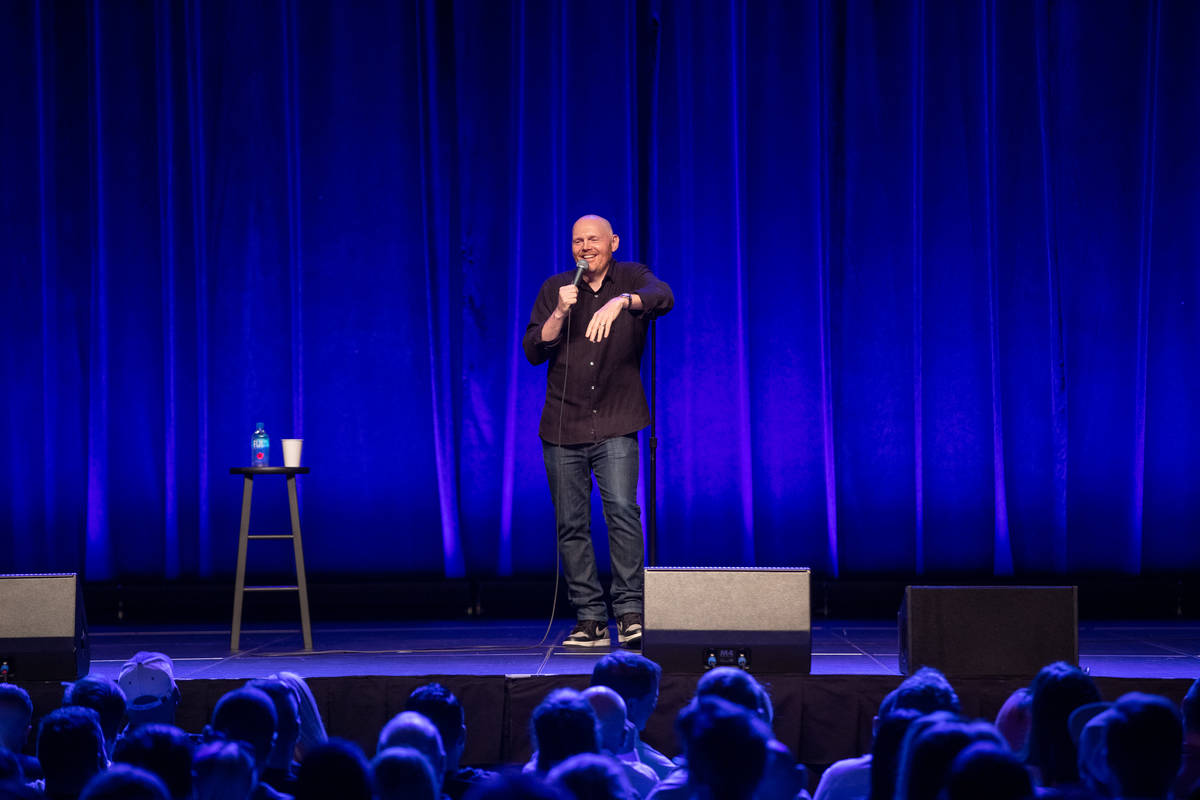 Bill Burr has a knack for captivating and offending an audience, often in the same sentence.

Burr again effectively toed the border of good taste Friday night at the Chelsea at the Cosmopolitan of Las Vegas. Just when it seems he’s about to cross that point of no return, he leans on his mic stand and just laughs.

Even he’s seems to be thrown by his own references.

“Are you videoing this?” Burr called to an audience member with a phone trained to the stage. “Is this the end of my career?”

Burr threw a charge into a cross-section of Strip visitors in his return to stand-up. The first of his three sold-out shows at the venue marked the revival of live entertainment at the hotel, the first ticketed shows in 16 months. The comic and actor is also onstage at 8 p.m. and 10:30 p.m. Saturday.

The use of cell phones, at all, in Burr’s shows is a strictly enforced infraction. Even Burr took note of the security staff walking up and down the aisles. His show is largely an insular experience (and there are no phones at all allowed into Dave Chappelle’s shows at MGM Grand Garden this weekend and next).

Even so, we can impart that the COVID pause seems not to have dulled Burr’s storytelling or diluted his delivery. He spent about 90 minutes onstage, asking late in the show how long he’d been on, as he’d not performed in stand-up in a year and a half. It felt he could have held that audience all night.

After about an hour of nonstop killer material, Burr asked, “Mind if I stay for a couple more stories?” The crowd roared.

Burr has ascended into a top-line headliner from his five Netflix concert specials, his “Monday Morning Podcast” and several film and TV projects. The short list is the “Star Wars” TV series “The Mandalorian” on Disney+, Judd Apatow’s “The King of Staten Island,” and the animated series “F Is For Family.”

Burr claims to be a substandard actor, but he convincingly inhabited the integral character Patrick Kuby in “Breaking Bad.”

But from here, Burr is most appealing as a straight stand-up comic. In a characteristically daring turn, he explains that male athletes are better paid and enjoy better training facilities and travel accommodations than women because they sell more tickets. He advises, if feminists want WNBA players to be better compensated, they should fill WNBA arenas. “I’m doing my part!” he says. “I’m watching men’s basketball!”

Burr quickly follows with his shock that women, whom he recites are statistically smarter than men, are losing the social-justice debate. His example: Think of an educated woman passing a sports bar full of drunken guys sloppily high-fiving each other, and saying, “We’re losing to THAT?”

Burr has managed to cull new material from the comparatively mundane experience of being quarantined with his family. He talks of being chastised for interrupting his wife, the actress/director/producer Nia Renee Hill, during Zoom meetings. He shares how his children talk him out of fits of rage. During this stretch, I was reminded of Richard Pryor’s classic bit about his young daughter explaining how she broke a lamp, the story offsetting his edgier material.

And Burr’s recitation of his first and only experience with psychedelic mushrooms is spot-on (from what we understand).

Burr performs hardly any impressions, but his Sean Connery is terrific. He doesn’t lean on crowd work like that mic stand. But he disassembled a heckler near the front of the stage, throwing an insult at the perpetrator in the middle of his scripted material.

This is but a sample of Burr’s act. We’re confident it won’t spoil the experience for anyone who wants to see him in Vegas. He is the ideal buddy to hang with on the Strip. Just remember, folks, these are the jokes.