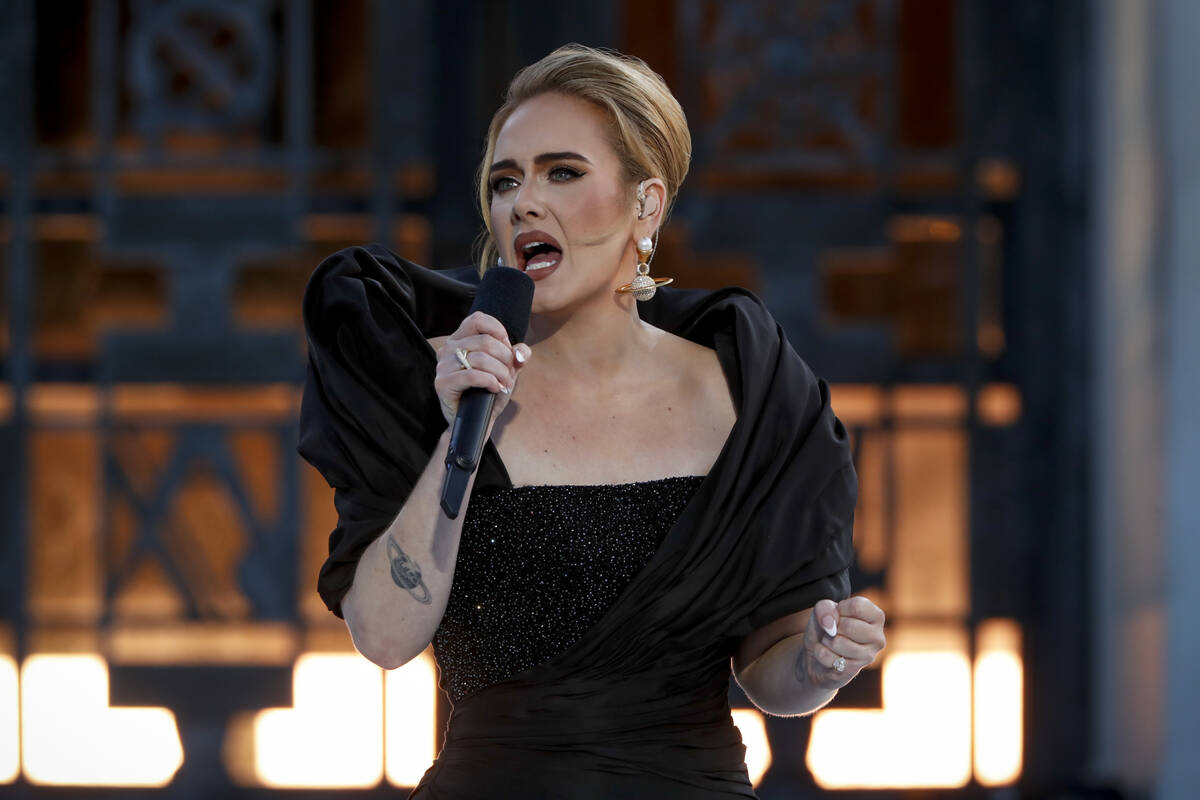 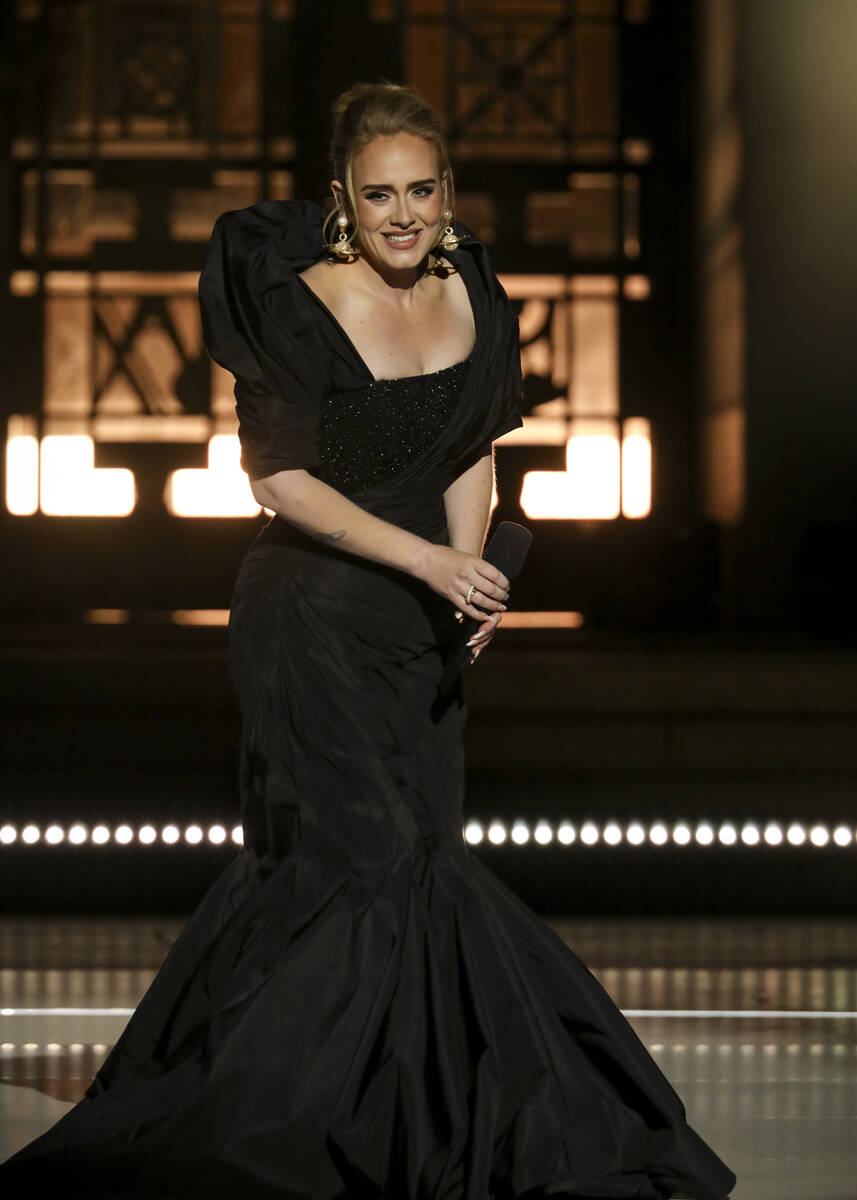 Saying, “I’m so sorry, my show ain’t ready,” Adele abruptly called off all 24 dates in her much-anticipated residency at the Colosseum at Caesars Palace.

Adele sent the message Thursday afternoon. The show was scheduled to open Friday night. All dates will be rescheduled. Ticketmaster is offering refunds beginning Thursday, through 30 days, with new dates to be announced ASAP.

“We’ve been absolutely destroyed by delivery delays, and half my crew, half my team have come down with COVID,” the international superstar said through tears Thursday afternoon on her social media channels. “It’s been impossible to finish the show, and I can’t give you what I can right now.”

All dates will be rescheduled
More info coming soon
💔 pic.twitter.com/k0A4lXhW5l

Adele’s emotional message made it clear the decision was at once sudden and wrenching. It wasn’t clear whence she recorded the clip.

“Weekends With Adele” was to open Friday night at the Colosseum and run through April. Available tickets for all shows had sold out, with fans entering the Ticketmaster Verified Fan system to secure a spot in the queue. The superstar had commanded top ticket prices, exceeding $6,000 at face value and several thousand higher on the secondary ticket market.

However, prices had dropped to between $216-$1,090 Thursday on at least one ticket broker site, just three hours before Adele sent out her stunning announcement. Prices across secondary markets had reportedly been falling precipitously in the 24 hours preceding Thursday’s announcement.

Adele continued in her raw message to fans.

“I’m so upset. I’m really embarrassed, I’m so sorry to everyone who has traveled again (pause) really, really sorry,” the superstar said, crying through the 1-minute, 32-second clip. “We’re going to reschedule all of the dates. We’re on it right now. I’m going to finish my show and get it where it’s supposed to be. I’m so sorry it’s been impossible, we’ve been up against so much but it just ain’t ready. I’m really sorry.” She apologized a last time before reaching to shut off the phone.

Conceivably, the “Weekends” production could relaunch in April and continue through June. But it is too early to accurately forecast when the production will be able to restart.

Without question, the show was establishing a safe environment for fans. Adele’s team had set up extensive COVID health-safety policies. The production required ticket-holders to show proof of COVID vaccination, and also display a negative-COVID test within 48 hours of the show. A rapid-test station was being set up Thursday afternoon at the former Rao’s Restaurant space, and another across the Strip at the Flamingo, to handle the influx of those needed on-site testing.

Adele’s show had expected to gross between $1.5 million-$2.2 million in ticket sales per performance. Her take was reported to be at more than $685,000 for each night, a per-show record for Las Vegas residencies.

The show was to be filled with production effects and dozens of musicians and singers. A choir of 60 singers, contracted in Las Vegas, had passed auditions on Jan. 5 to participate in a “Skyfall” opening number. The original call was for 100 singers, but only 60 could show up.

Nonetheless, the start of the show was to carry a James Bond-style spectacle. But that scene would pale in comparison to the real-life drama of COVID halting the Adele show.

For all the chitchat and reporting of Adele’s shows being priced into oblivion, I actually caught a comparatively good deal Thursday afternoon on a secondary ticket-broker site. A single ticket for Friday’s opener, lower loge level in the center, was $284.11.

I snapped it up about three hours before Adele’s video hit social media, wiping out Friday’s show (Adele has not offered any media tickets, or any comped tickets whatsoever, to her now-postponed show). But that price is actually close to what top headliners charge for opening night in these theater residencies. Veteran Vegas broker Ken Solky of LasVegasTickets.com noted that more than a hundred tickets were released in the 48 hours before Friday’s scheduled opener.

Of course, now those buyers who caught those lower rates are waiting word on the next set of Adele dates.

As the Adele news came down, we received unrelated word that the Stadium Tour, with headliners Motley Crue along with Def Leppard, Poison, Joan Jett and an opener to be announced, is rescheduled for Sept. 9 at Allegiant Stadium. And if Motley Crue is interested in playing Vegas, The Strat Theater is also an inviting option. This is me, thinking aloud …

Frankie Moreno is hosting 1950s-themed party Friday at his “speakeasy,” a hidden venue that you need to ask around about. Moreno posted to Facebook that there would be root-beer floats, leather jackets, poodle skirts, and lotsa ’50s music. Maybe we’ll see Suzanne Somers in a white, ‘56 Ford T-Bird, too.