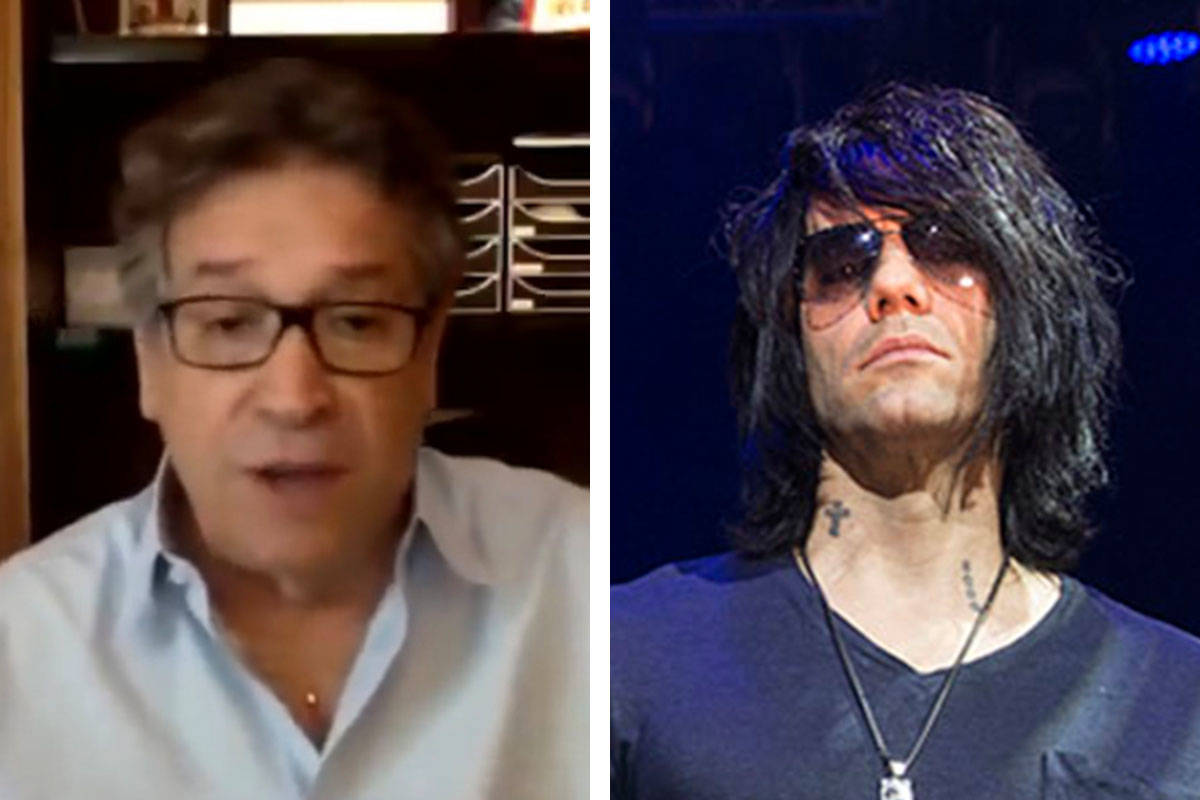 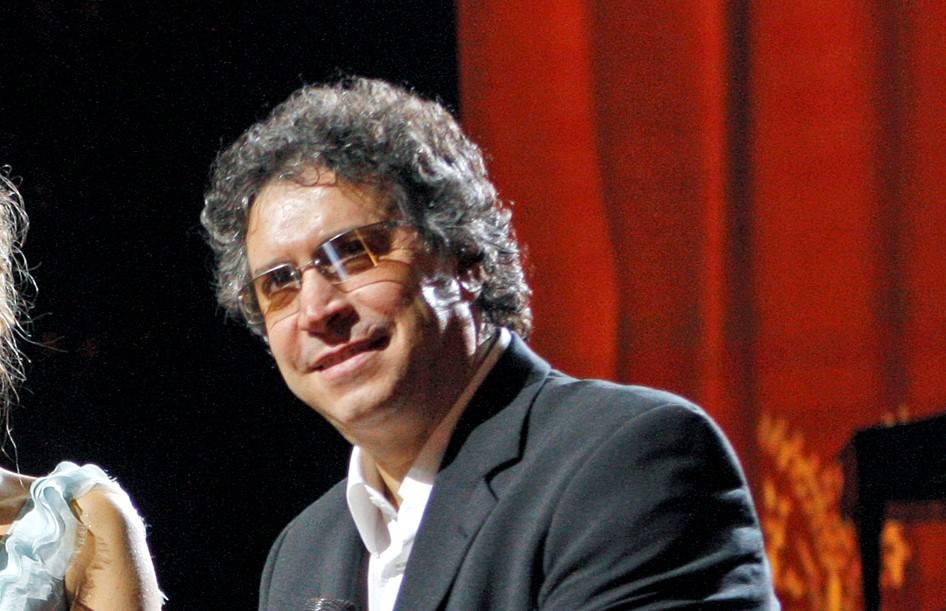 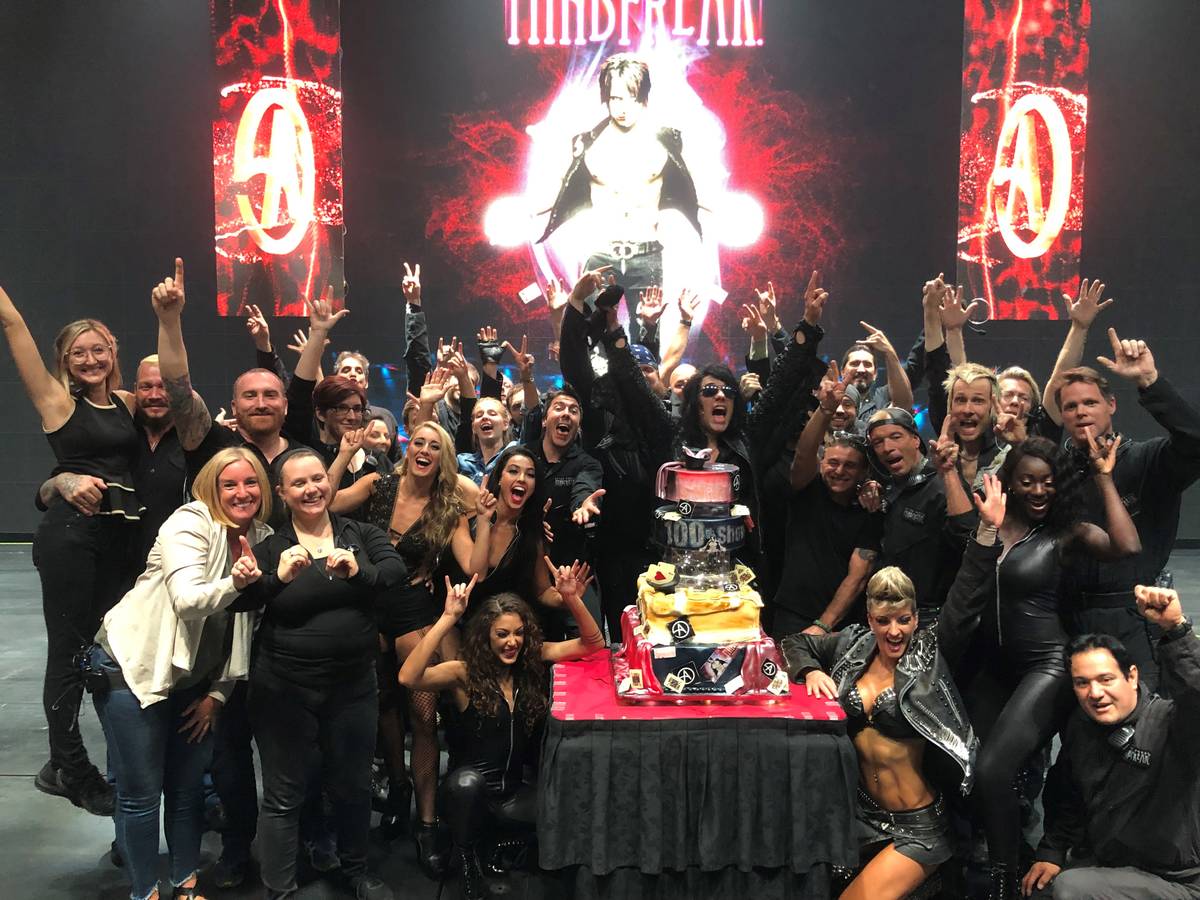 Criss Angel and his crew celebrate his 100th performance at Planet Hollywood on Friday, July 12, 2019. (APWI)

Veteran entertainment visionaries Franco Dragone and Criss Angel are collaborating in a new venue under that title, set to open in Las Vegas this year.

It makes artistic and symmetrical sense. Dragone has long been eager to return to Las Vegas, where he originally blazed a trail (even in water) with Cirque du Soleil. Angel is forever seeking new avenues to mix magic in different entertainment mediums.

Details are scant, at the moment. But we can say the new venture will not replace Angel’s sidelined “Mindfreak” show at Planet Hollywood. Angel spokesman Dave Kirvin said Monday, “It’s a completely new show separate from ‘Mindfreak,’ which plans to run for many, many years in the future.”

Characteristic of such ethereal projects, describing what we’ll experience is akin to capturing a vapor in a bottle.

“Interactive Immersive Euphoria” is the uppercase explanation in the news release issued Monday morning. Dragone says it’s a “bold fusion between the world of electronic music and theatre.”

Formally, the venue is a production of Dragone’s theatrical company and Criss Angel Studios. Such details as “where” and “when” are to follow for what is billed as a surreal pre-nightclub experience.

There is a broad hint this will be an ongoing creative partnership, as the announcement states it is “the first partnership” between Dragone and Angel. Both have built alliances in the past with Cirque du Soleil, with Dragone developing “O” at Bellagio and “Mystere” at Treasure Island.

Angel was in partnership with Cirque in his “Believe” and “Mindfreak Live” shows at Luxor, which ran for a combined 10 years. The two sides parted ways when Angel closed at the hotel in October 2018.

Unrelated to his project with Angel, Dragone is also advancing his open-space theatrical production “Rise: A Socially Distanced Entertainment Experience” in Las Vegas. The show filled with out-of-work acrobats, musicians and stagehands — many from darkened Cirque shows — was showcased in November. That show is looking for a grand space.

Other projects, including (evidently) the Mr. Smiles & Molly venue, will certainly look for more intimate surroundings. The landscape is rife with such unoccupied venues as Le Reve Theater, Zumanity Theater at New York-New York, Palazzo Theater, Paris Theater, the Capri Room (formerly 1 Oak) at Mirage. Scores of entertainers are looking for new projects. It is a buyers market, ladies and gents, with even marquee names seeking artistic reinvention.