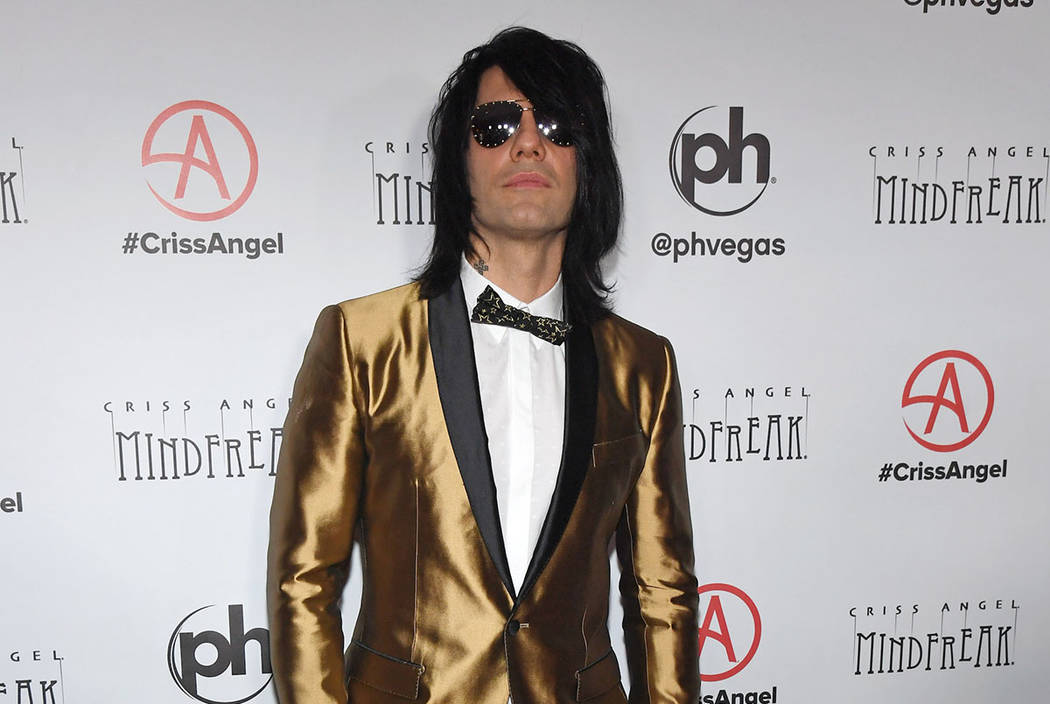 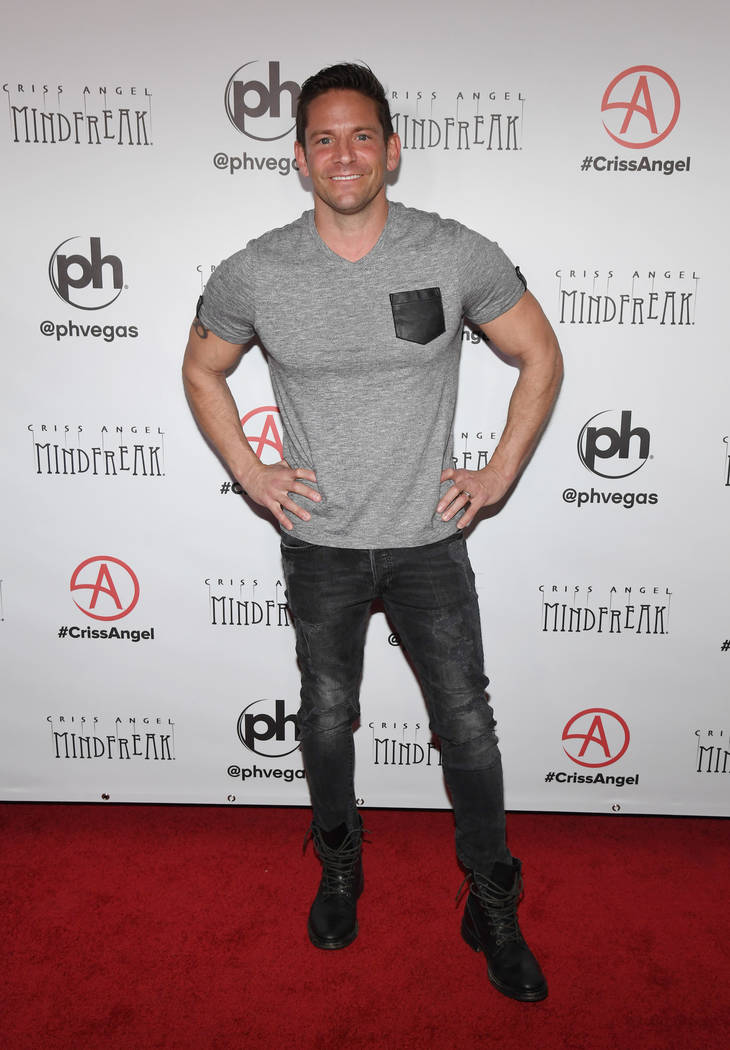 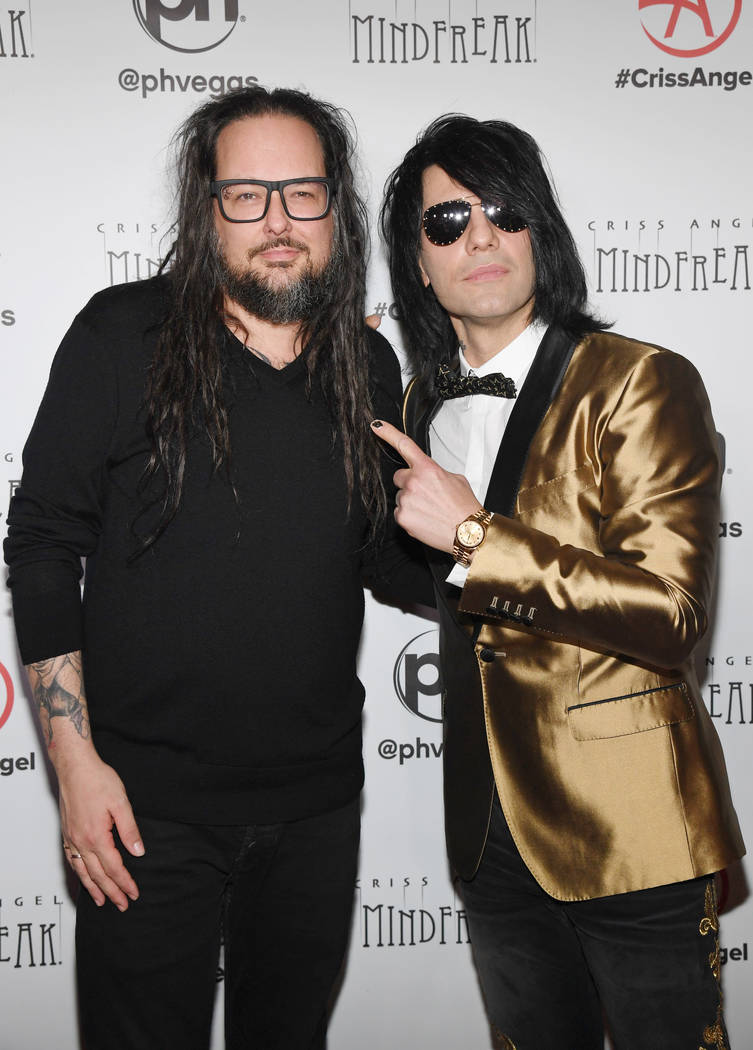 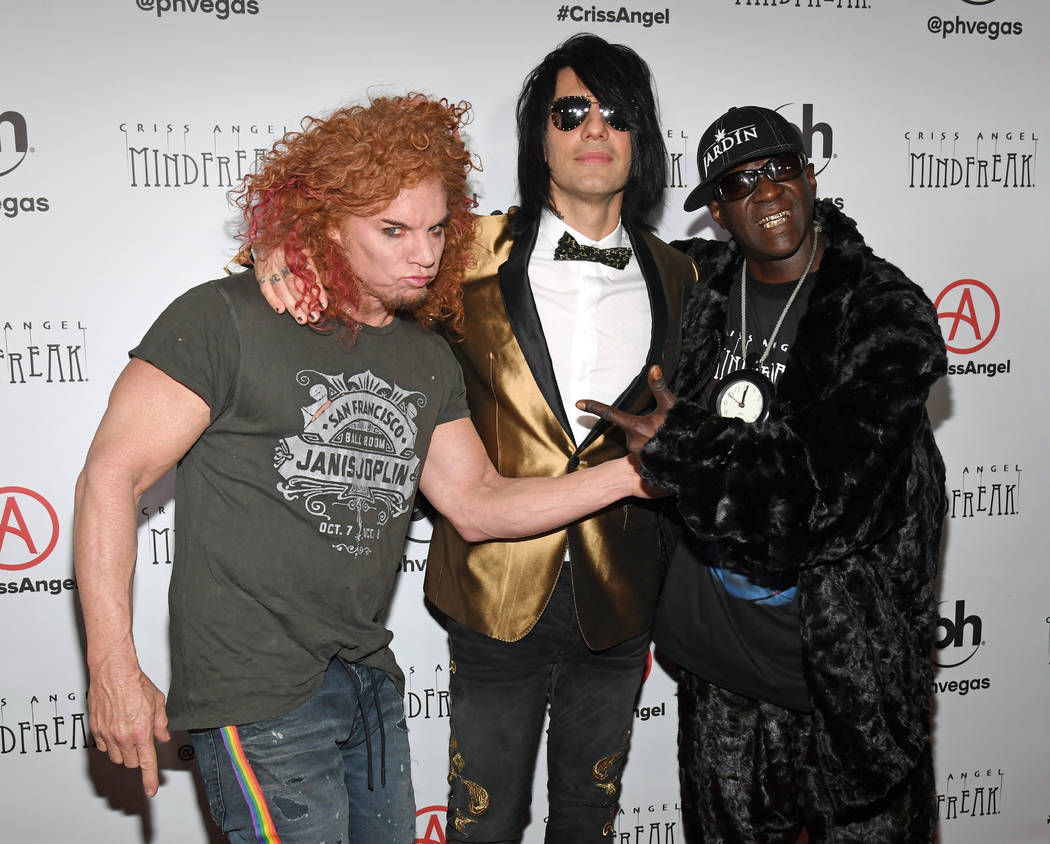 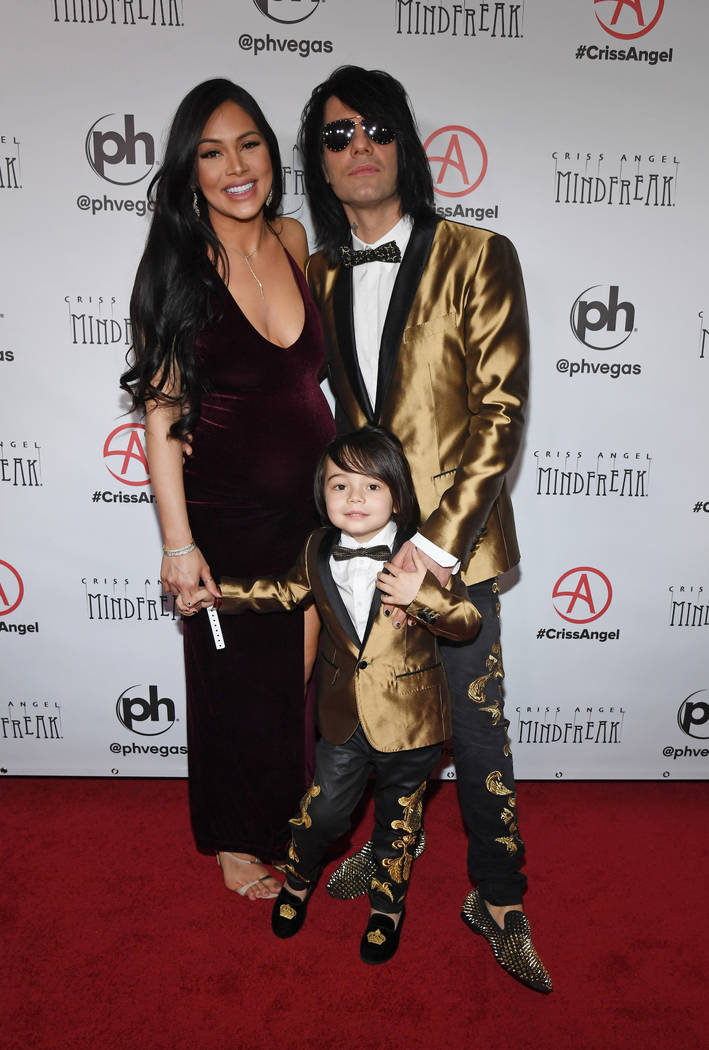 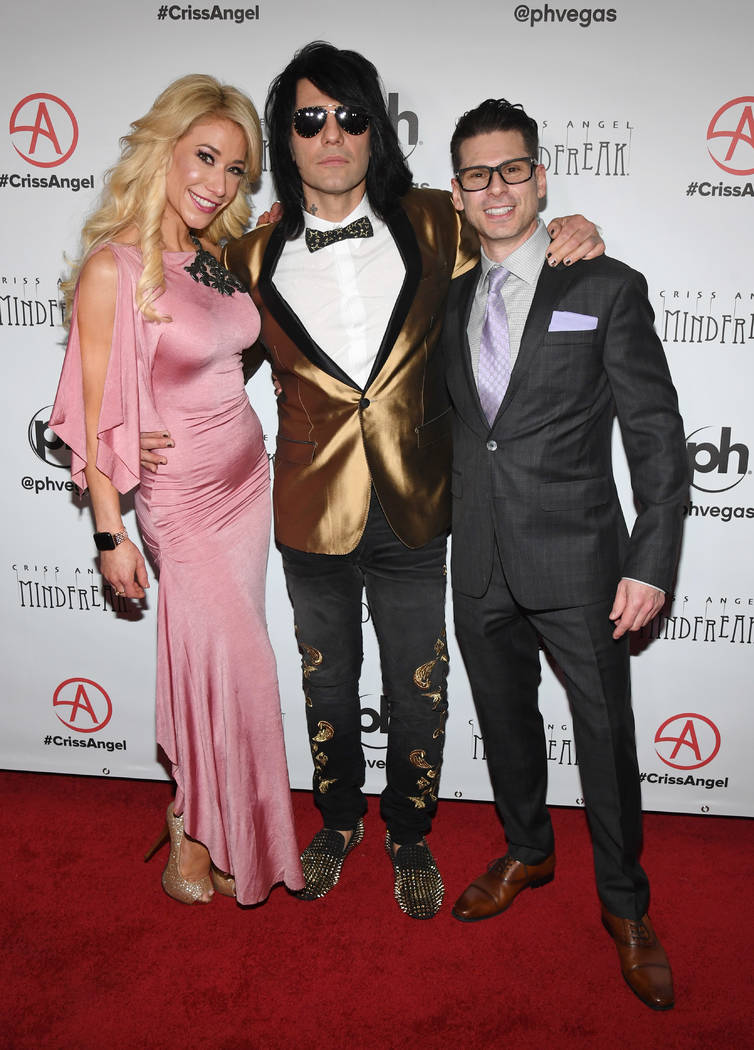 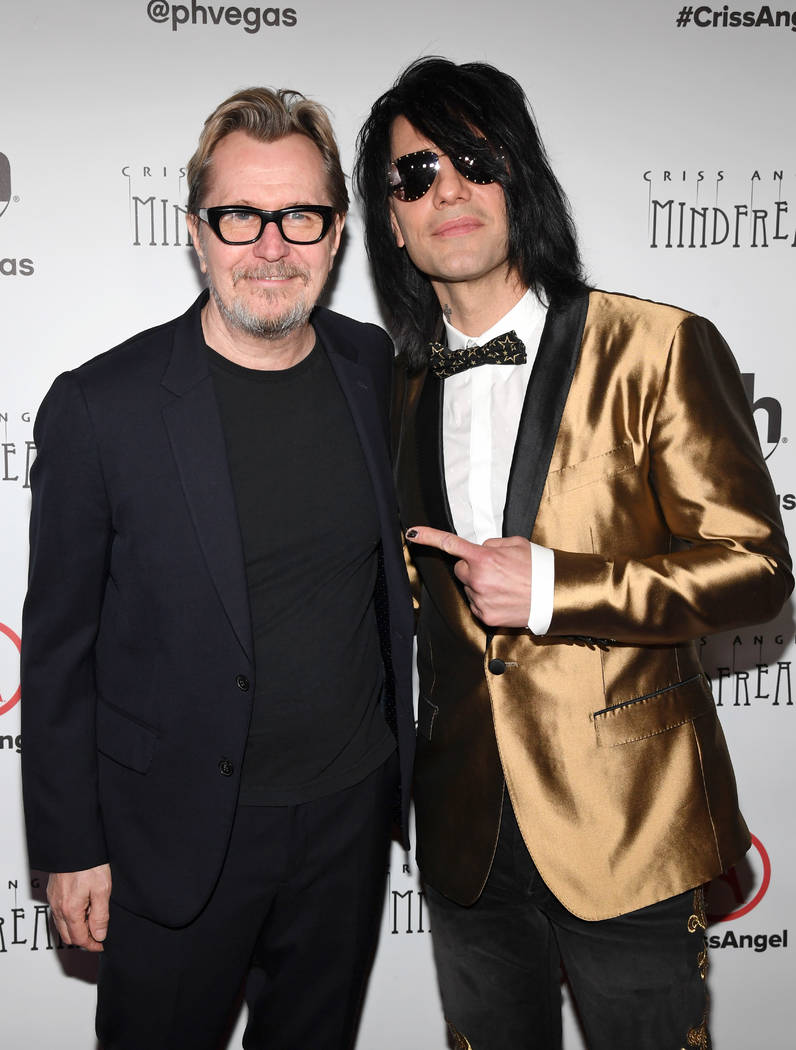 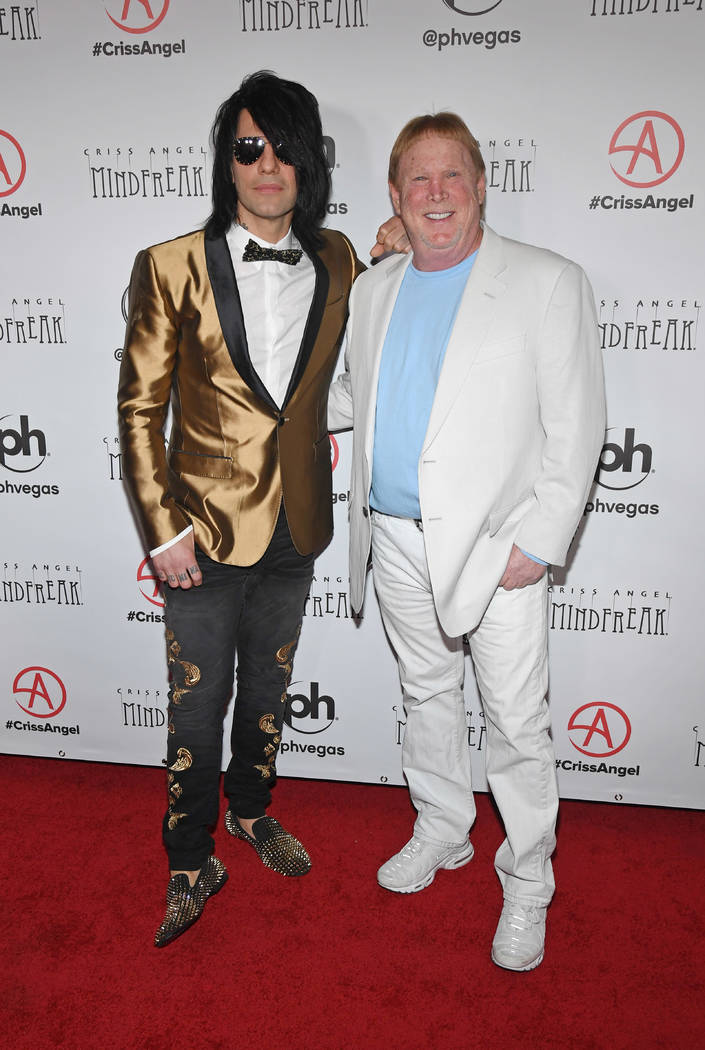 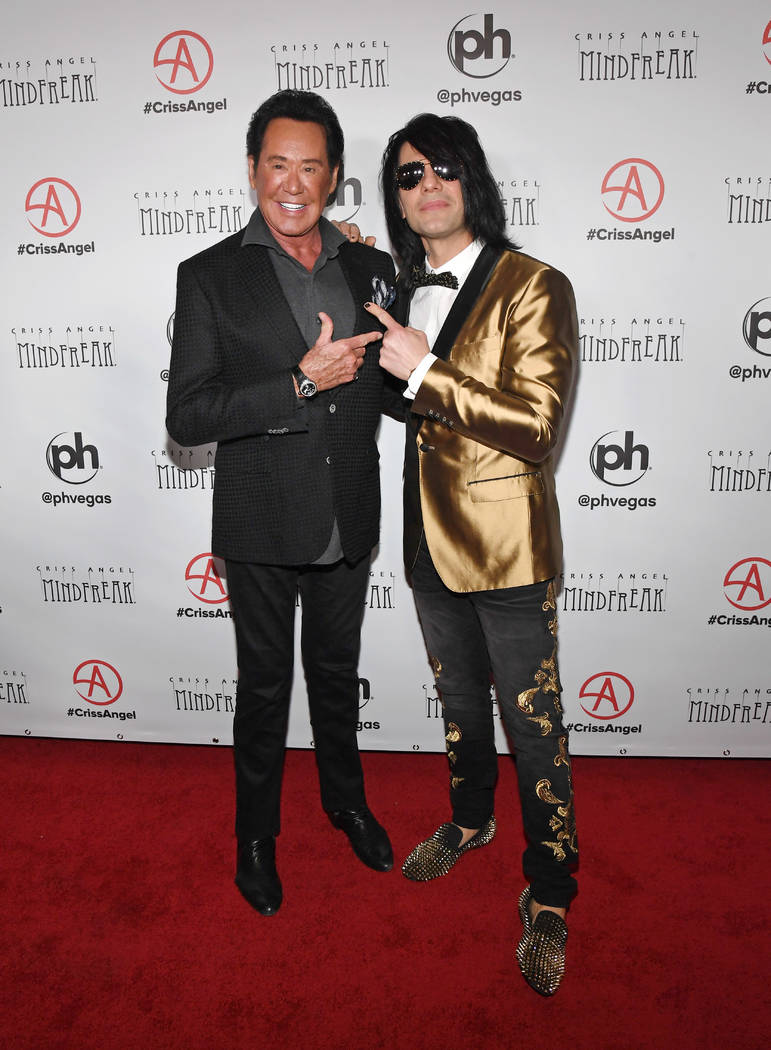 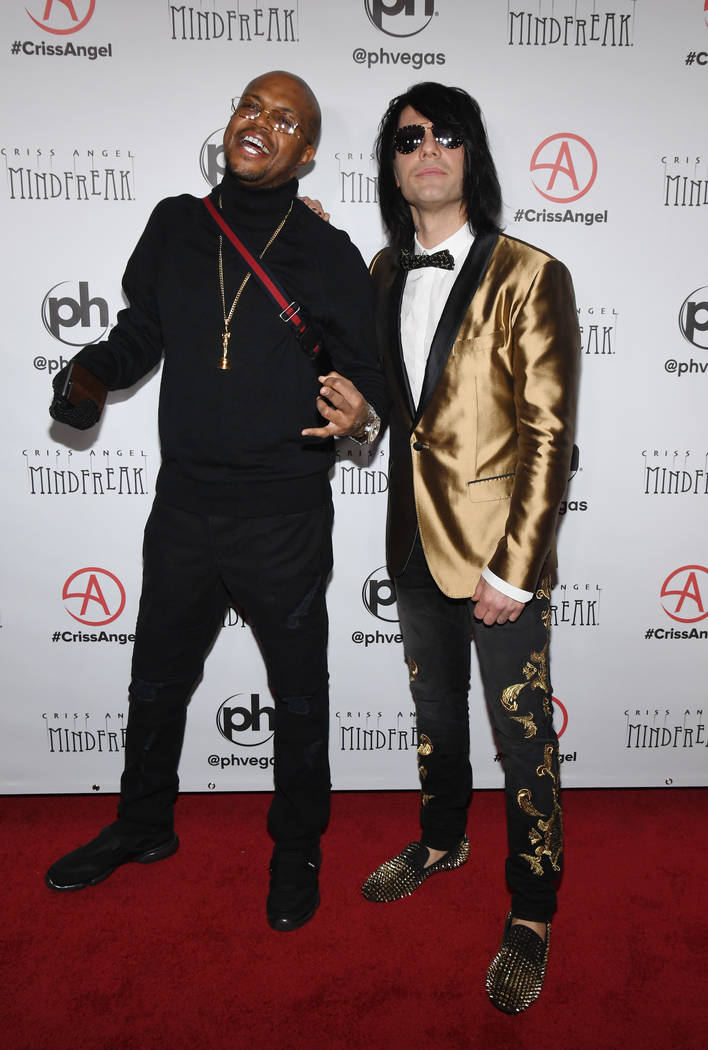 So I went to a magic show Saturday, and a nightclub broke out.

”Criss Angel Mindfreak,” starring the magician of the same name opened at the theater of the same name on Saturday night at Planet Hollywood Resort. Actually, “opened” is not quite the sufficient term. The show erupted in its premiere. This was such a spectacle of sight and sound, you often needed to sort through the white noise to appreciate the magic.

Angel has gone for broke in this one. “Sensory Overload” would have been an apt title, or subtitle, to what he is delivering at the old “Peepshow” theater. This is also where the broom crew of “Stomp Out Loud” once happily swept and danced to great delight.

Those days are a dim memory. Angel has completely overhauled the experience in that venue, leaving no square footage untouched, and has even recast what a magic show is supposed to feel like.

What it feels like, in this production, is a late-night swing through Omnia Nightclub at Caesars Palace. There’s even time for an actual nightclub experience midway through “Mindfreak.” The vibe is established as an Angel subordinate takes the stage to set the show’s tenor, commanding that the crowd stand and cheer.

Angel does the same, arriving through a thick mist and shouting his trademark, “Are! You! READY!” It’s like that moment in the club where the DJ shrieks, “Everybody screaaaaam!” and you brace for the inevitable blasts from the CO2 cannons.

Angel’s fans are accustomed to this man-in-demand act, though some of us prefer to be compelled, rather than ordered, to stand and cheer.

Technologically, Angel does deserve huge applause. The LED screens that stretch from the stage to the back of the theater are, in fact, staggering. The same visual effects play out in wide strips over the audience, and at the back of the theater. The sound system thunders. You walk out with ringing ears and spots over your eyes. You certainly know you have been in a show at the end of “Mindfreak.”

Magically, Angel claims to have of 20 never-before-seen effects in this production compared to his “Mindfreak Live” show, which closed his 10-year run at Luxor in October. We’ll just go with that — it’s impossible to cross-check that stat in a single viewing, and before the show Angel said the show will evolve and add more new elements. But in Saturday’s premiere, the balance of the routines in “Mindfreak” looked and felt like a greatest-hits package from “Mindfreak Live,” the improved version of the original “Believe” at Luxor.

You need to keep your head on a swivel in Angel’s latest effort. The misdirection comes from all directions. Many of Angel’s routines — including the familiar act where he is covered in a drape with just his hands showing, then reappears in the middle of the theater — are punctuated by splashes of light and his swirling dance team.

One moment, Angel is taking a giant, circular saw to an unfortunate female dancer or appearing from a black crate; the next he’s beating the crud out of an attacking dance team in black suits in an extensively choreographed fight scene.

Not really magic, but you do find yourself pulling for the outnumbered illusionist.

The concept of nuance is routinely dismissed in this show, as Angel produces video of his finer moments of the TV series “Mindfreak” and even his gory shoulder surgery from a couple of years ago. Original music from hard-rock band Korn’s Jonathan Davis is played across the screens. There is advanced scrim work that brings to mind the finer moments of “The Beatles Love” at The Mirage; the dazzling light system takes what you’ll see in “Michael Jackson One” at Mandalay Bay to another level.

He does take it down to perform some close-up coin artistry, and also to invite a group of female audience members to sit with him onstage. This is actually Angel’s best moment in the production as he jokes with the visitors and asks one to write down her cellphone number for his next trick. “I can’t read this,” he smiles. “Your handwriting is terrible.” He then deftly slides that phone sideways into an empty vodka bottle.

Angel once more summons his alter-ego, Xristos, who is the character in his half-and-half promotional portrait. Xristos is something of an amalgamation of Alice Cooper and Heath Ledger’s Joker character from “The Dark Knight.” Angel loves portraying this demonic clown, who is an acquired taste but does deliver the requisite creepy vibe as he swallows and regurgitates razor blades and shouts aggressively at his audience volunteers. Similarly disquieting is the new clown puppet Bobo, who seems an alternate-universe adaptation of Howdy Doody, and a state effect that also springs to life.

A few of Angel’s signature illusions are also holdovers from “Mindfreak Live,” his over-the-crowd, spinning straitjacket routine and his levitation-around-a-stepladder act near the close of the show. But what Angel has managed at Planet Hollywood is to move magic squarely into the club medium, where you can easily envision the show playing an Omnia or Hakkasan or XS. That’s a significant achievement, given the success those venues have enjoyed on the Strip.

The investment is inarguable. We just hope the man who made it happen can now let his art speak (or, shout) for itself.