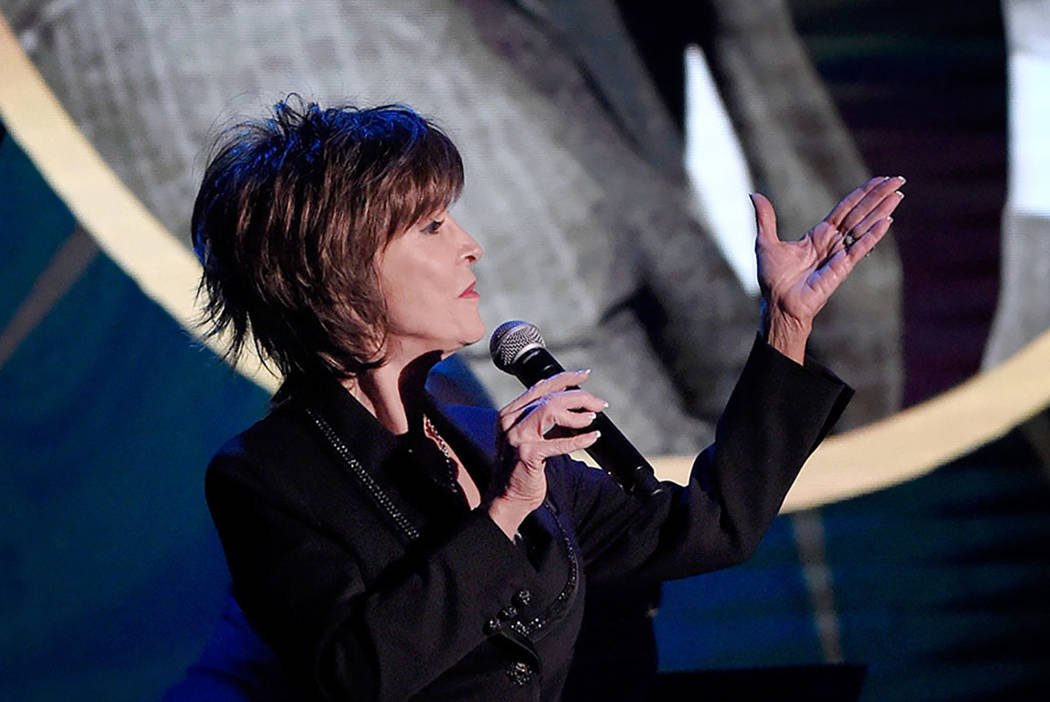 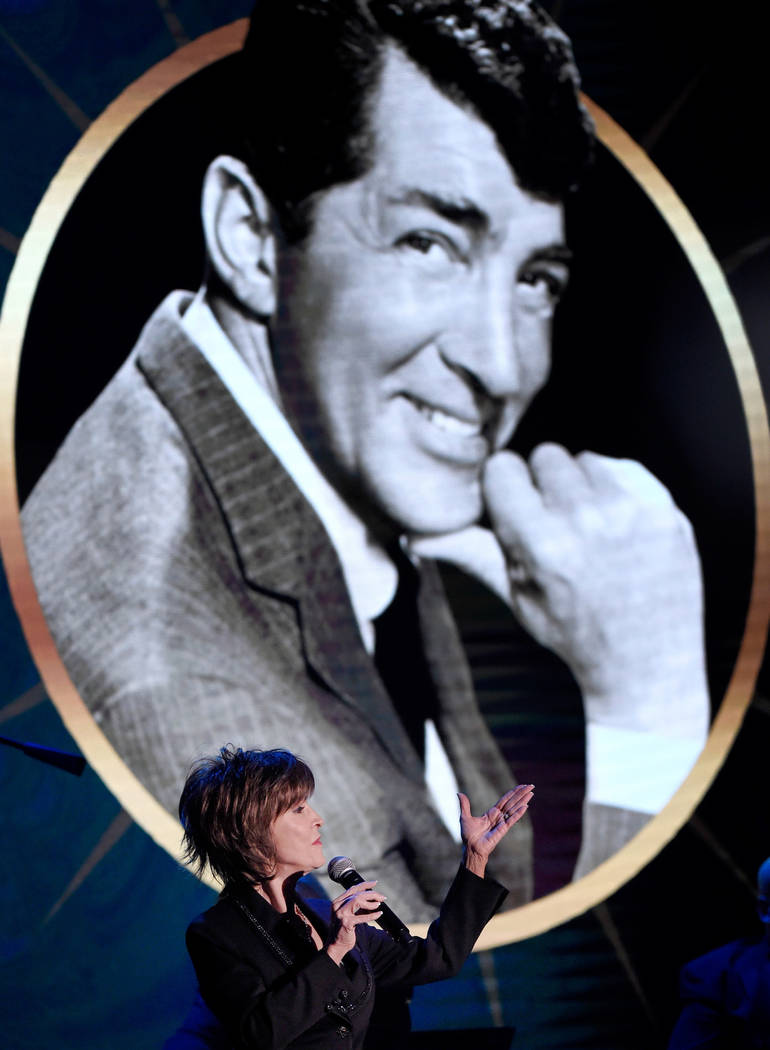 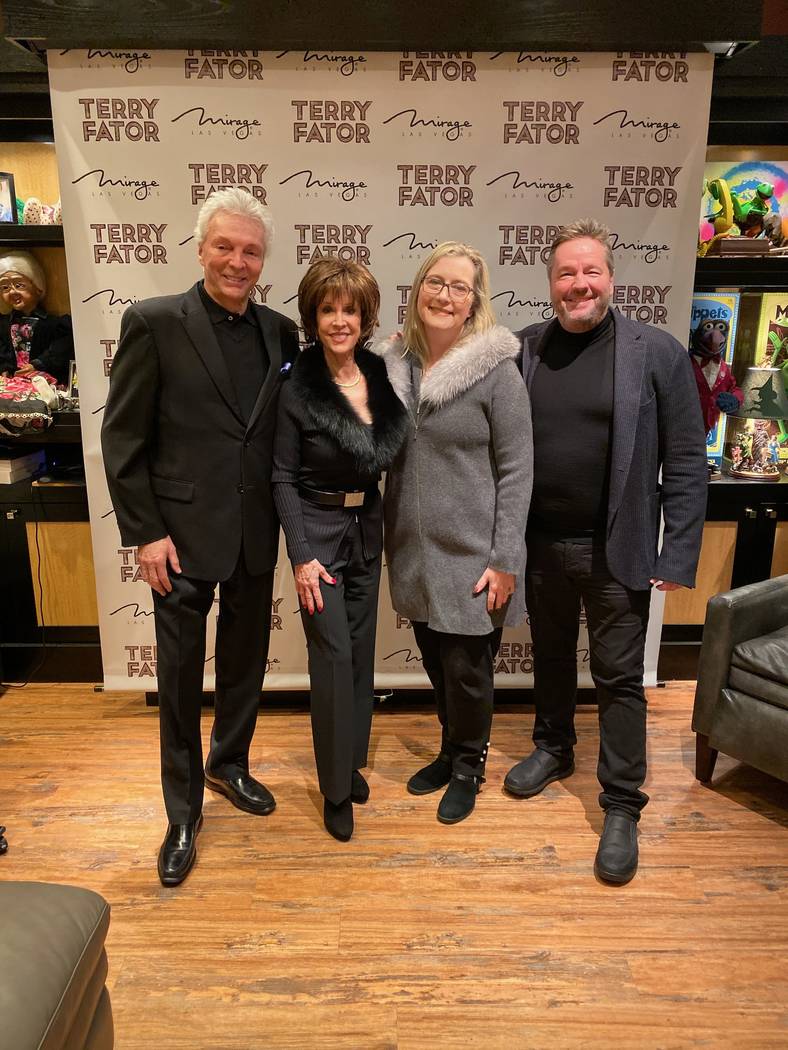 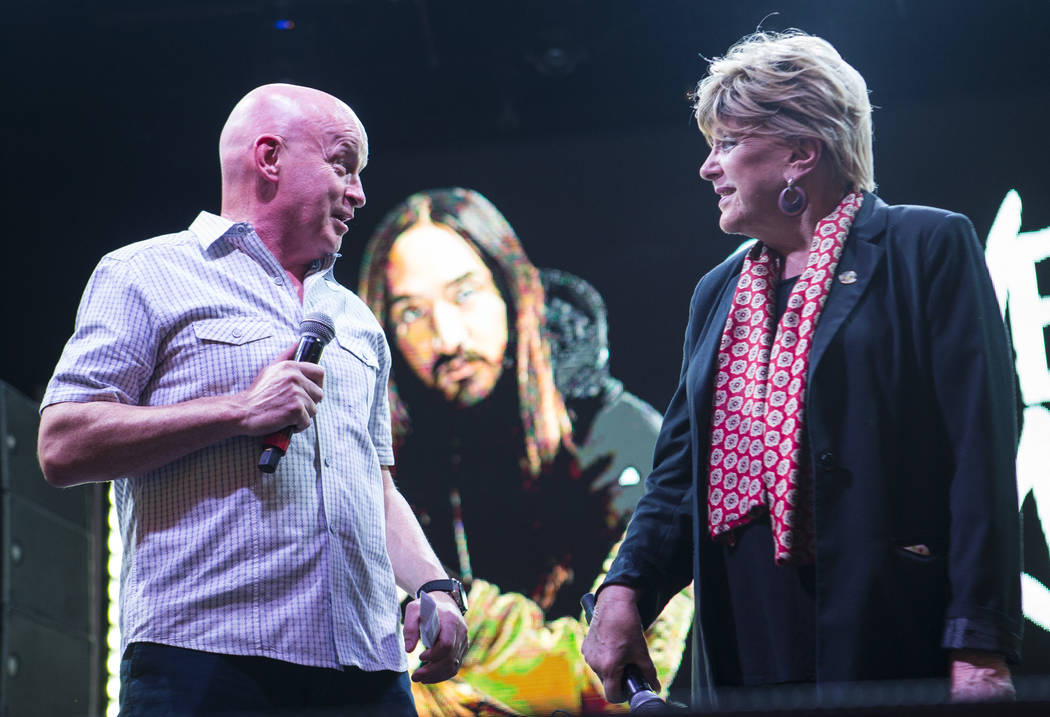 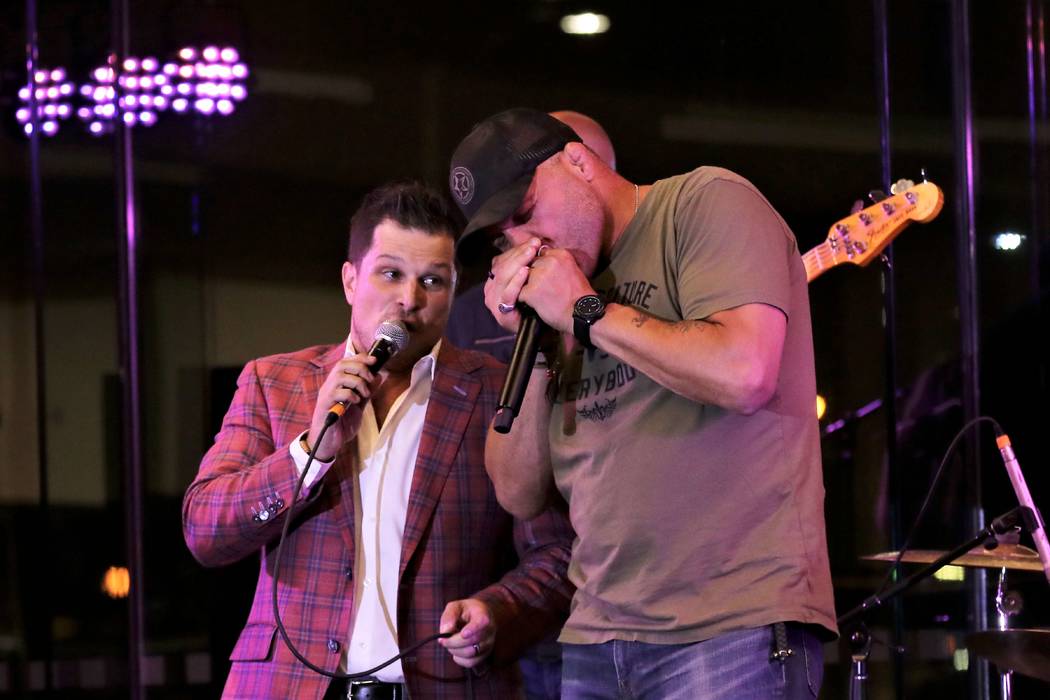 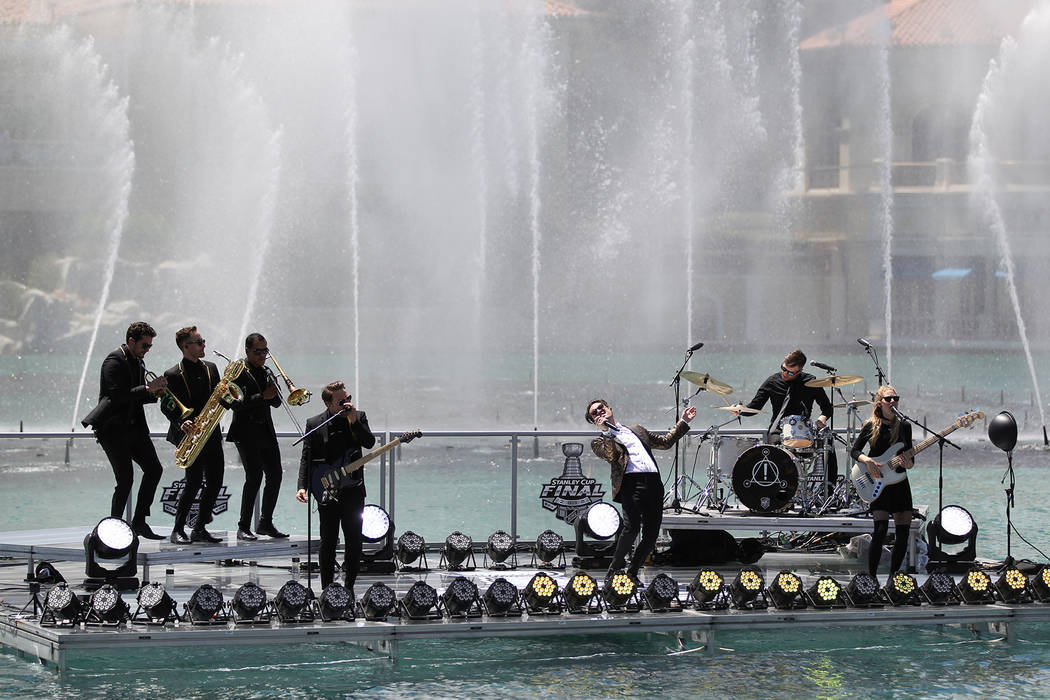 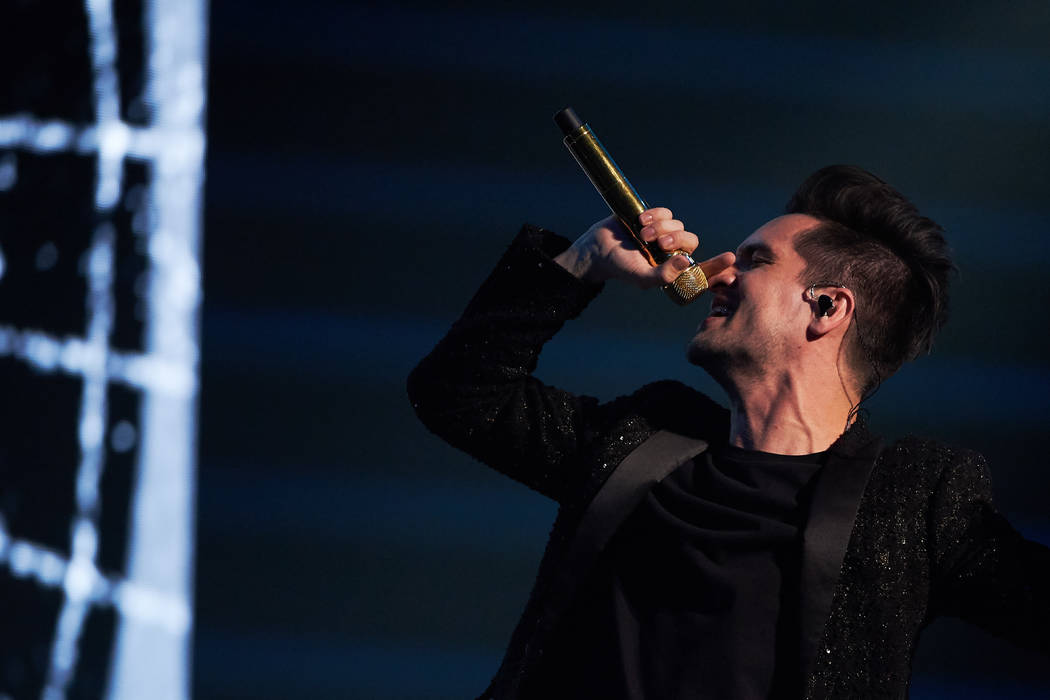 Brendon Urie of Panic! At the Disco is shown in concert at T-Mobile Arena on Saturday, Aug. 18, 2018. (Al Powers for T-Mobile Arena) 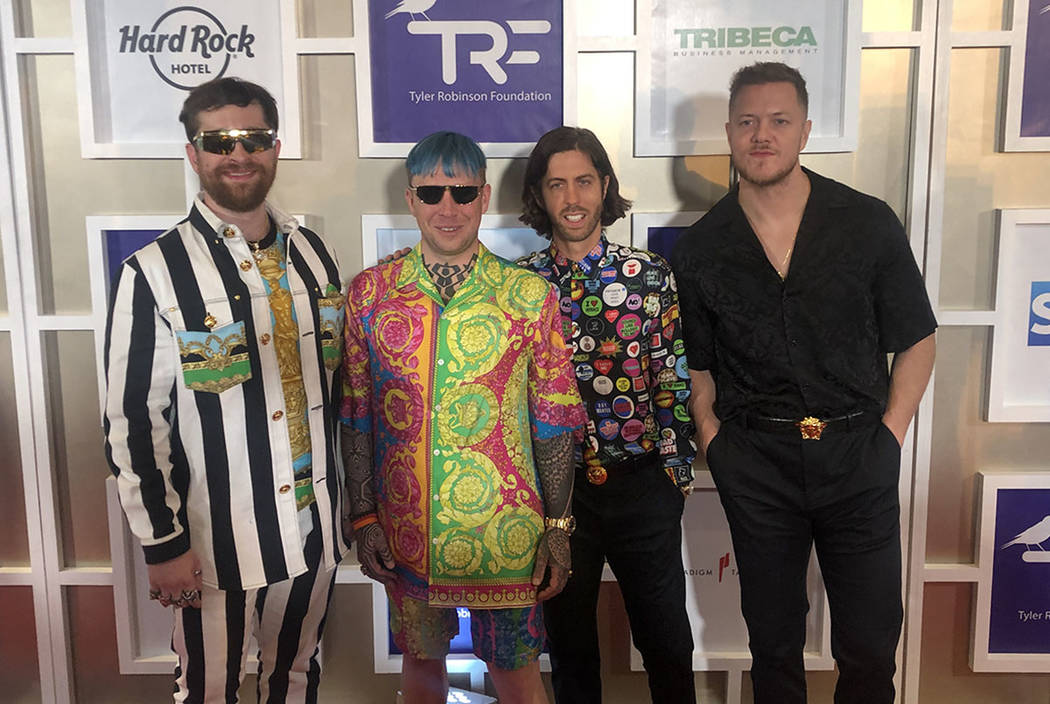 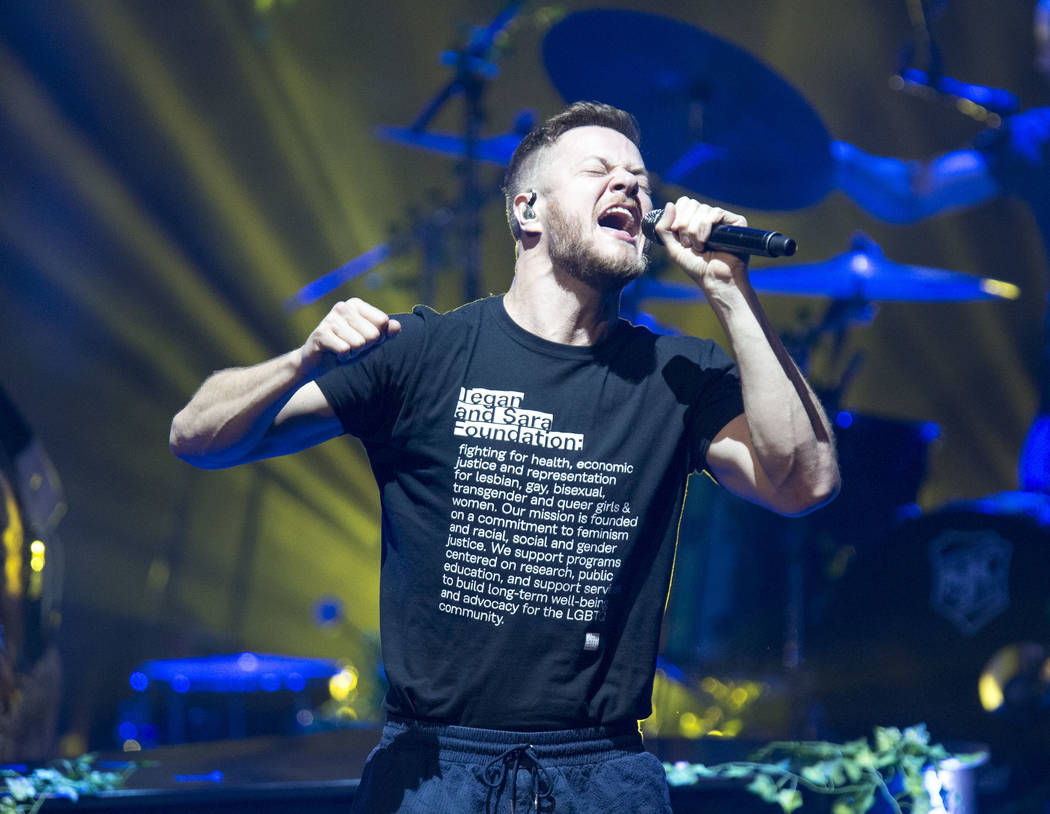 Imagine Dragons frontman Dan Reynolds performs during a show for the bands' new album "Origins" at The Chelsea at the Cosmopolitan in Las Vegas on Wednesday, Nov. 7, 2018. Richard Brian Las Vegas Review-Journal @vegasphotograph

Deana Martin can still sense the spirit of her late, legendary father, Dean Martin. That spirit carries to her sense of smell.

Upon Dean Martin’s death on Christmas Day (remarkably enough) 1995, his daughter asked for and received a bottle of his Faberge Woodhue For Men cologne.

“Dad always smelled great,” says Martin, headlining two holiday-themed shows at Myron’s Cabaret Jazz at 2 p.m. and 6 p.m. Sunday. “I have his cologne, from his dressing room. It still has the wooden screw top, and when I smell it I’m right back with him.”

That mix of Faberge Woodhue has been discontinued, but you can buy a vintage bottle for JUST $300 on Amazon. As for his daughter’s stash, she says, “I still have it, but it’s evaporating.”

Martin still gets chills when recalling stories about her father, talking of how the family would attend midnight mass together on Christmas Eve, then open a single present at their Beverly Hills home. Her dad led the decorating of the family trees, stringing up stands heavy with light bulbs while positioned on a tall ladder.

Martin actually performs a parody Christmas song all about fake trees, “I Bought You A Plastic Star For Your Aluminum Tree.” Her set of holiday classics includes “Winter Wonderland” and “I’ll Be Home for Christmas,” alongside such classics as “The Lady is A Tramp,” and “That’s Life.”

While visiting Vegas this week, Martin and her husband, John Griffeths, took in Terry Fator’s show at the Mirage on Thursday. They were interested, of course, in Fator’s Dean Martin puppet. Though the schedules aren’t matching this weekend, Martin says she plans to sing with Fator’s tribute figure.

Martin has been singing professionally for more than 50 years. Asked what her famous father would think of her career path, she said, “It would knock him out. He would love it. Told me, ‘Deana, get out there, know all the lines, know the lyrics, don’t be late. Hit your mark and sing from your heart.’ And that’s what I do.”

A tease to this project: “The Downtown Las Vegas Reality Show” has finished filming on and around Fremont Street. This is the project funded by the Fremont Street Experience that launched over the summer. The series of 30-minutes episodes loosely centers on the development of the new FSE video show.

Think of it as a scripted satire of an unscripted reality show, with downtown Las Vegas as the backdrop.

The series is to be pitched to Netflix or Amazon for distribution. But the project is beyond just a sizzle reel and pilot episode. The full set of shows are banked; it just needs a place to be seen.

The sixth anniversary of the twice-monthly Mondays Dark charity show is set for 8 p.m. Monday at Pearl Concert Theater at the Palms. At this writing, general-admission seats are still for sale for $20 (minus fees) at thespacelv.com.

Launched at Vinyl at Hard Rock Hotel in 2013, MD has performed outside of its home at The Space a few times over the past year, including House of Blues; the new Land Rover Jaguar dealership on Roy Horn Way in Las Vegas; and the outdoor venue at Downtown Summerlin.

Shunock plans to recognize the charities honored over the past year, and announce the next 21 for 2020 from the Pearl. The list of deserving charities in Las Vegas seems boundless, and MD has effectively supported dozens of them.

Panic! At The Disco and Imagine Dragons, two bands that are Vegas-born, are in legendary company in the top five of Billboard’s 2019 Top Rock Albums sales list. Imagine Dragons is No. 2; POTD is No. 4 for the year.

Queen (largely for the success of the feature film “Bohemian Rhapsody”) is No. 1; The Beatles (with the remastereed “Abbey Road”) are No. 3; and Twenty One Pilots are No. 5.

Conflicted thoughts on this list: Would love to see more contemporary rock bands in the top 10. Great to see Vegas so well-represented. I have all these bands’ albums on my iPod — and many of them on vinyl.

Producer Robin Antin has announced a Pussycat Dolls reunion tour next spring in the U.K., Australia and New Zealand. Original members Jessica Sutta, Ashley Roberts, Nicole Scherzinger and Kimberly Wyatt (but not holdout Melody Thornton) performed a medley of hits on “X Factor: Celebrity” in Britain on Nov. 30. The reunion effort only intensifies Antin’s interest in co-producing a Pussycat Dolls stage show in Las Vegas, as she is reviewing the former “Magic Mike Live” and Body English club at Hard Rock Hotel, among other venues …

Expect locals’ resort company Station Casinos to redouble its emphasis on Las Vegas entertainers in 2020. Franky Perez & The Dirty and Jerry Lopez’s Windjammers yacht rock project are both due to headline Rocks Lounge. Zowie Bowie is moving to Sunset Station’s Club Madrid to toggle Friday-night appearances. That’s just a taste, but we are in favor of this rejuvenated commitment to live entertainment; if it continues, we’ll even play some bingo …

Veteran Vegas impressionist Gordie Brown says there is nothing — yet — to report about his 2020 schedule, but I am not ruling out a return of “Downtown” Gordie Brown next year …

Cloer’s scheduled Dec. 12 Christmas show at Notoriety’s Robin Leach Theater has been canceled for sluggish sales. We have been reminded that the holiday/NFR season is not a great time to open a venue in a new entertainment complex at Neonopolis …

Big-cat magician Dirk Arthur, this week’s guest on “PodKats!” is working with Admit.VIP founder Pete Housley, who runs the box office for Notoriety; and longtime entertainment manager Chip Lightman, business partner of the late Danny Gans. Arthur is looking to return his show, animals included, to a Las Vegas venue. Guess which one tops the list …