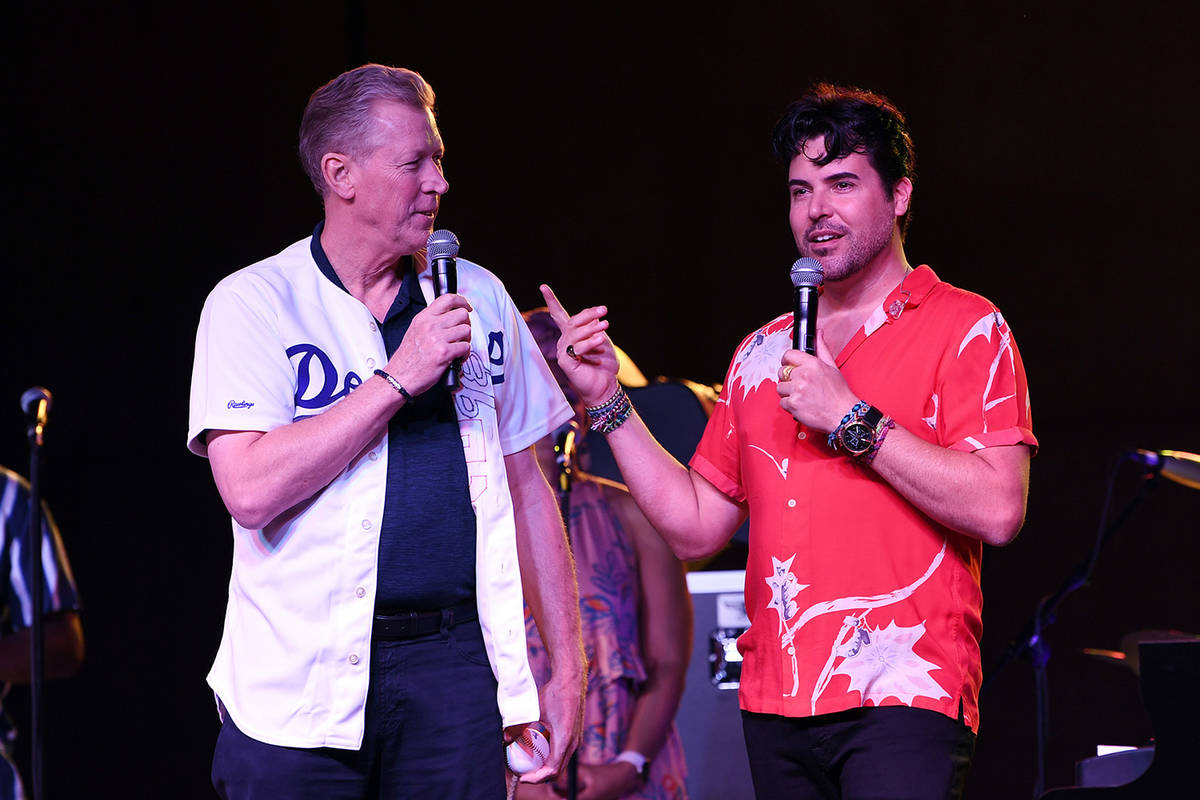 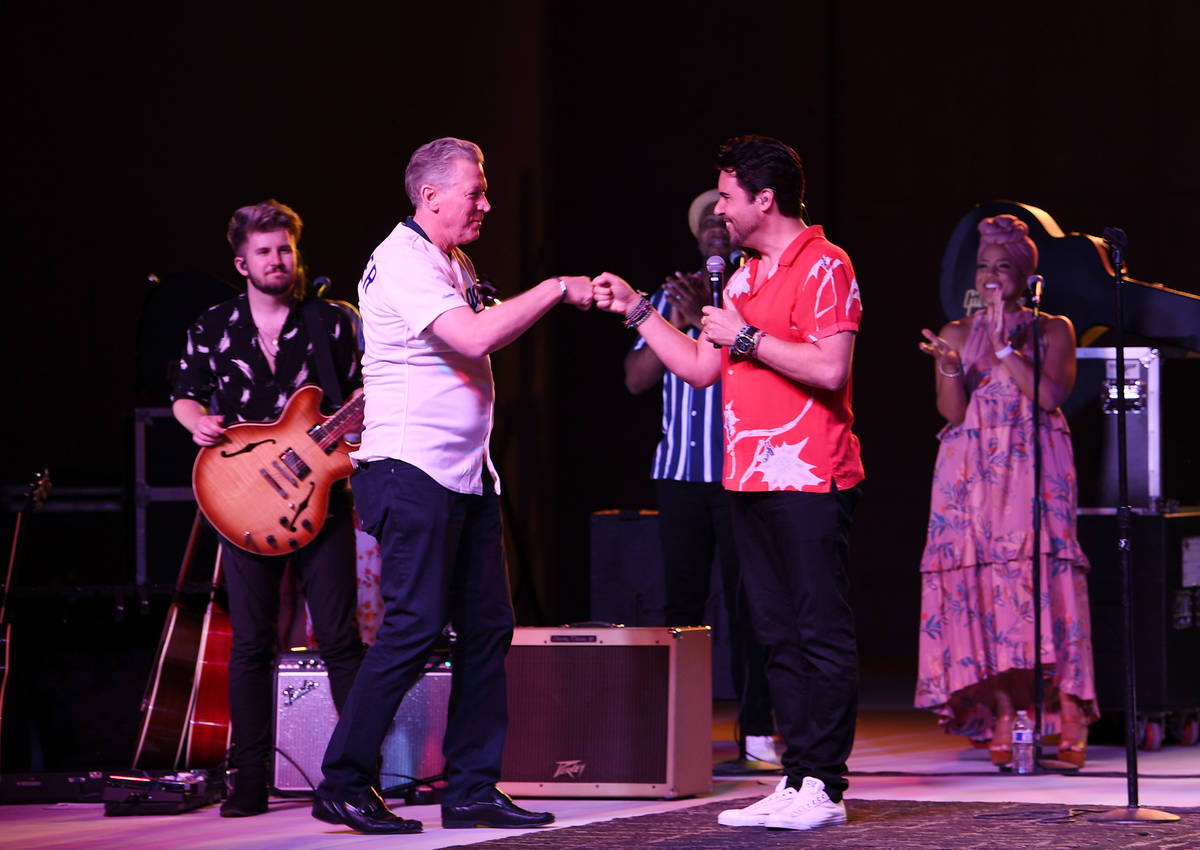 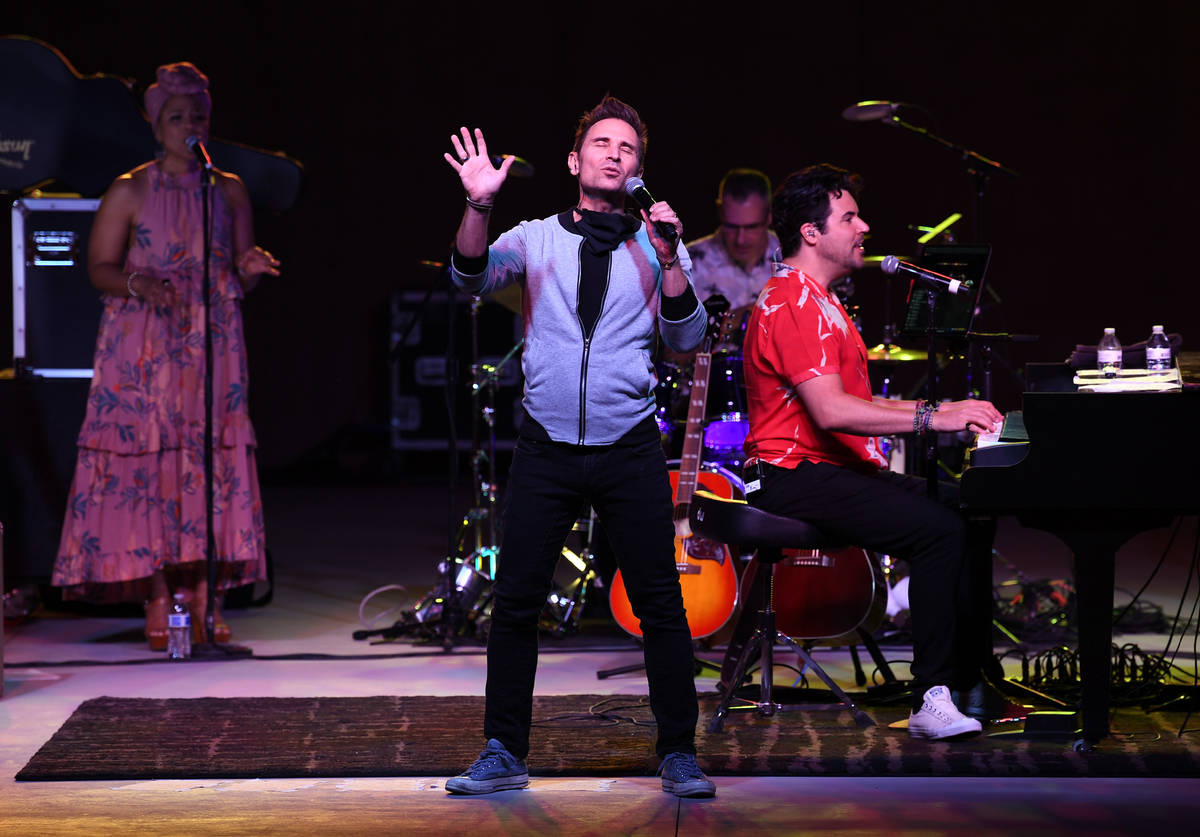 Orel Hershiser became one of the all-time pitching greats as a starter. But he was summoned from the bullpen Thursday night.

Moreno released his latest single, “Wrong Direction,” to cap the show. By Friday morning it had topped the iTunes Blues charts, its sales once more fueled by Moreno’s FM Army fan club.

Leading to that release, Hershiser strode onstage for a few words with Moreno and his socially distant backing band. The showman and major league great met when Hershiser was a star with the Dodgers playing the Pebble Beach Pro-Am Golf Tournament. Moreno was a kid looking for an autograph.

“We’ve become so close, since he was 12 years old, we do Christmas and New Year’s,” Hershiser said as he took the stage in his No. 55 Dodgers jersey. “We’ve gotten to know each other. We’ve done it all.”

The two later reconnected in Las Vegas, when Moreno was performing at T-Bones at Red Rock Resort. Moreno has written “Welcome to the Show” for Hershiser’s “Off Air With Joe and Orel” Dodgers podcast. Hershiser teams with broadcast partner Joe Davis on that show (Moreno also wrote, and Thursday night performed, “The Biggest Cat in Town” for “PodKats!”).

A Las Vegas resident, Hershiser also donated a signed baseball and bobblehead as part of the show’s benefit for the COVID-19 Response Fund.

Moreno had another ace to play, too, inviting ex-“Jersey Boys” co-star Travis Cloer — also an unannounced guest — to sing “Rainmaker” and “Jenny Kay” from his “Here’s Travis Cloer Album.” Cloer worked with Frankie and Tony Moreno on the album, released in February.

If something like this is happening anywhere nearby, you know I’ll find it: Two greats do the social distance greeting: @frankiemoreno & @orelhershiser55 @craigranchpark @cityofnorthlasvegas . . . . #Vegas #baseball #entertainment #singer #song #Songwriter

As Moreno’s shows have illustrated, The Amp’s appeal as a live-performance venue is sure to be an after-effect of the COVID-19 shutdown. The venue off Craig Road in North Las Vegas is well-suited for recurring concerts with its bowl design and great for families who already frequent the park. The venue has a fixed 1,500-seating capacity that can scale down to a couple hundred, or grow out to about 8,000.

The park itself is about a $10 million effort, fully outfitted for fans and musicians. But The Amp hosted just 24 events in 2019. Expect that to change, over time, with Moreno’s band at the center.

The Las Vegas Philharmonic and Nevada Public Radio station KCEP-FM, Classical 89.7, are broadcasting past Philharmonic performances for the fifth consecutive year. The shows air at 2 p.m. Saturdays and run through Aug. 22, and livestream on KNPR.org.

Cabrera will also summon his favorite recordings of the music that would have been performed at the Philharmonic’s April 4 and May 9 concerts at The Smith Center. The broadcasts run 90 minutes to two hours.

In a statement, Cabrera said that while the orchestra cannot currently convene, “We can take heart in the power of music to bring a community together, and let the music inspire us to look to the future with optimism and hope.”