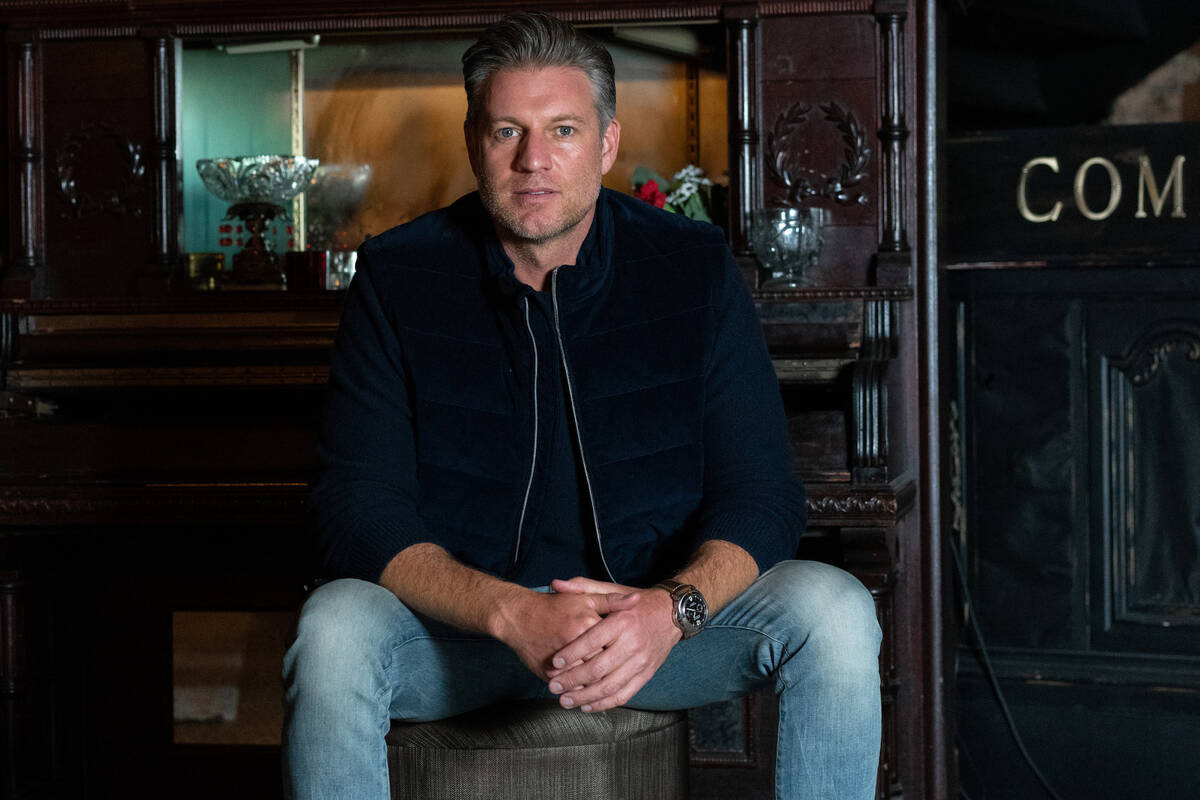 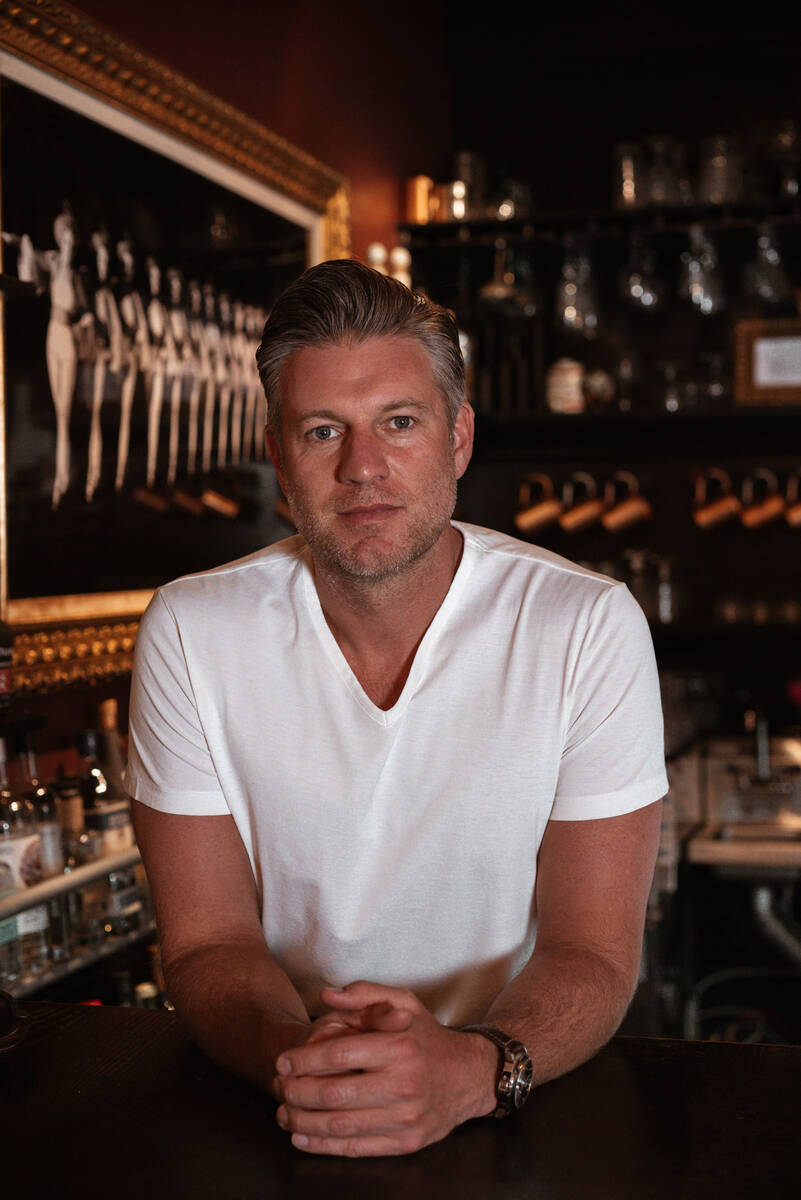 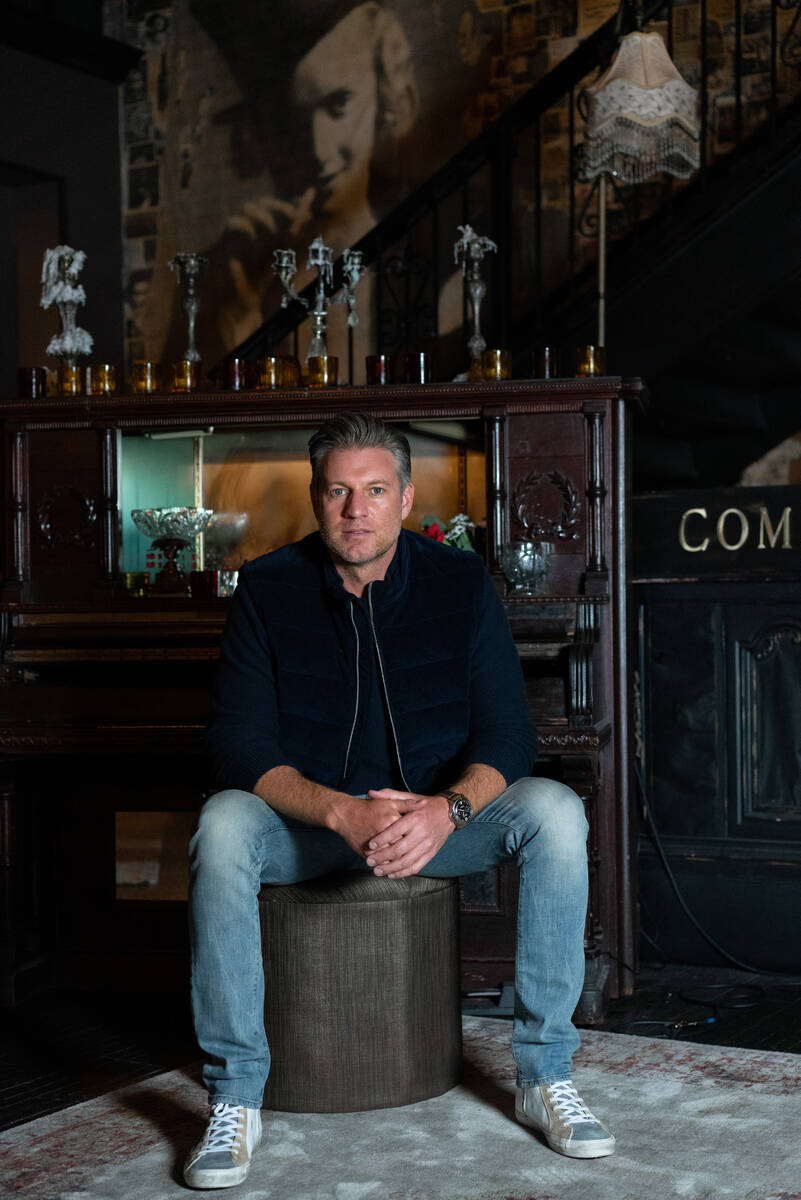 His is a truly Las Vegas story, the tale of a 19-year-old from Boston who arrived here on a university student-exchange program, landed a job as a busser at the Hard Rock Hotel and never left.

That path eventually took Ryan Doherty to downtown Las Vegas, where he has become a leading entrepreneur and visionary. The founder of Corner Bar Management has opened a cluster of nightlife venues on Fremont East, beginning with Commonwealth a decade ago and including The Laundry Room, Park on Fremont, Lucky Day and Peyote.

Doherty’s company most recently launched Cheapshot, home of the manic “Mavericks” adult variety show; and We All Scream ice cream shop and nightclub. Corner Bar has branched out at Oddwood (for real, with its LED-infused tree) and Museum Fiasco at Area15. The company sold Oddwood back to Area15 but plans to develop another venue at the experiential entertainment fortress.

Doherty was also a top executive with Life is Beautiful from 2015 to ’18, and he and partner Justin Weniger co-founded Wendoh Media, whose titles included Vegas Seven and Vegas/Rated magazines.

Johnny Kats: How did you arrive in Las Vegas originally?

Ryan Doherty: I was in the hotel program at UMass-Amherst. I wanted to do at least one semester on the West Coast, and the West Coast to an inner-city Boston kid was like a David Lee Roth video (laughs). I thought I would end up in L.A. or somewhere where there was a beach, but the closest school that had an exchange program for hotel management was UNLV. I thought I’d go to UNLV for a semester, and every week or weekend drive to the beach in L.A., which never happened. My plan was to go right back. I didn’t think I’d ever live here.

When did you think you could actually settle down here?

A few years later I started this night event at Mandalay Bay, inside of China Grill restaurant that was Red Dragon Lounge. It worked. I was doing a deep-house (jazz-funk-soul music) format; everyone else was in trance (techno music) format. The town was so alive, but there weren’t a lot of options for this type of night. That was the first time I thought, “OK, I could probably do business here.”

Why did you pursue downtown Las Vegas in those days?

I guess I was just trying to engineer some sort of nightlife option. I caught the bug on trying to create a social environment. I was very interested in how to engineer a small amount of culture that is counter to what the city was doing at the time. I wanted to see how I could collect a crowd that was interested in expanding this small culture, incrementally. All that was going on in my head was how to get a place downtown, and expand from there.

Your first downtown business was Commonwealth. How were you able to build out and open that club?

In 2011, when we started building that venue, it was a single story. … We were publishing 944 magazine and had just finished a super-hip office down on Post Road in Henderson. Then we had a meeting with Tony Hsieh. He sat us down and said he had this idea for downtown, and loved our company. He was trying to get people like us to move downtown. Then we met Jonathan Jossel (Plaza CEO, whose company, Tamarus Group, owns the Commonwealth parcel) and he was willing to make a great deal for us. We saw this building and loved it, but not for offices. We didn’t know if it was going to be a coffee shop, a bar or retail. But we knew we were going to make something really cool out of it.

Commonwealth had to be a home run for you to continue to expand, right?

Yeah, even if it was just a double, we probably would have done only Commonwealth. But it was such a hit that we eventually moved our office downtown and started building more and investing more in downtown, especially with Life is Beautiful.

You are totally out of Life is Beautiful now, but you spent a lot of time with the event. What are your thoughts about the festival?

I still think it’s the best festival in the country. I have no doubt it’ll continue. It seems like they’re gung ho about making sure it sticks around. I think the city would bend over backward to make sure it stays. It’s such a unique footprint, a very difficult footprint to secure from the production side, fencing off 18 blocks of downtown Vegas for a week. There are residents who live inside the footprint. non-consensually, for a certain amount of time, and that gets more and more difficult every year. But it is such a special footprint to walk around a vintage Las Vegas music festival. People come downtown sometimes for the first time, see downtown and come back. It’s not that way at Coachella. I was just there. I don’t know what your equestrian interests are, but most likely you just never go back to the Coachella fairgrounds. It’s all polo and racing after the festival is over. But people can come back down to downtown Las Vegas over and over and over again.

Cheapshot is now open, with Amy Saunders and “Mavericks” running regularly. Is the success of this club to your standards, so far?

We’re over the moon. We love it, and this is just the beginning. We’ve been working on just the “Mavericks” show right now. We really believe this street can’t just be bar, bar, bar, bar. We need some diversity, and I’m really happy we got to build a theater. That was fun to build something that wasn’t just a pounding nightclub. My original idea was just to bring Amy in with her “Miss Behave Game Show,” which I thought at the time was a great show in the wrong spot. She had been looking at this space on Fremont East already. Now we have the “Mavericks” show, and potentially multiple variety shows. She’s got a million ideas, and we just have to slowly sort of get there. But I think there’ll be seven nights of programming before the end of the year.

Blanket question about Tony Hsieh and his legacy. What are your thoughts about what he’s left behind?

I’m not sure if anyone has meant more to downtown than Tony Hsieh. I’m trying to continue on with what his vision was, even though I’m not even sure there was a clear vision. It was always laid out that we’re just going to keep adding to downtown, and to all of these different verticals. My, my vertical was food and beverage. So I’m going to just try to keep this train going with opening more and more places, and trying to be thoughtful and making sure they fit the downtown vibe. … We are carrying the torch, but Tony was the pioneer.