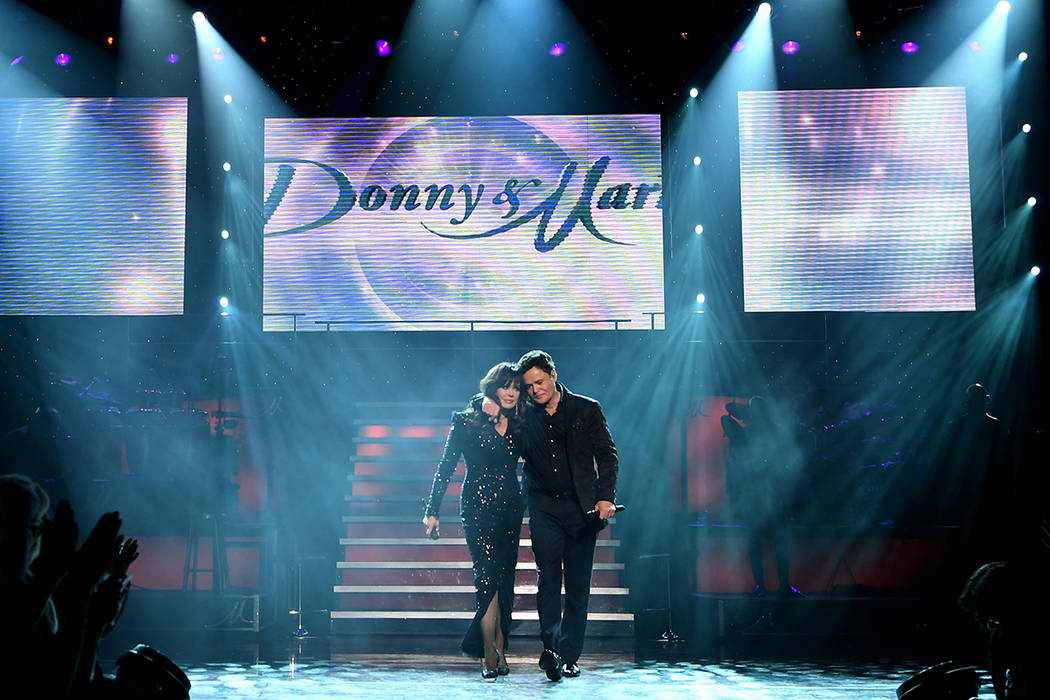 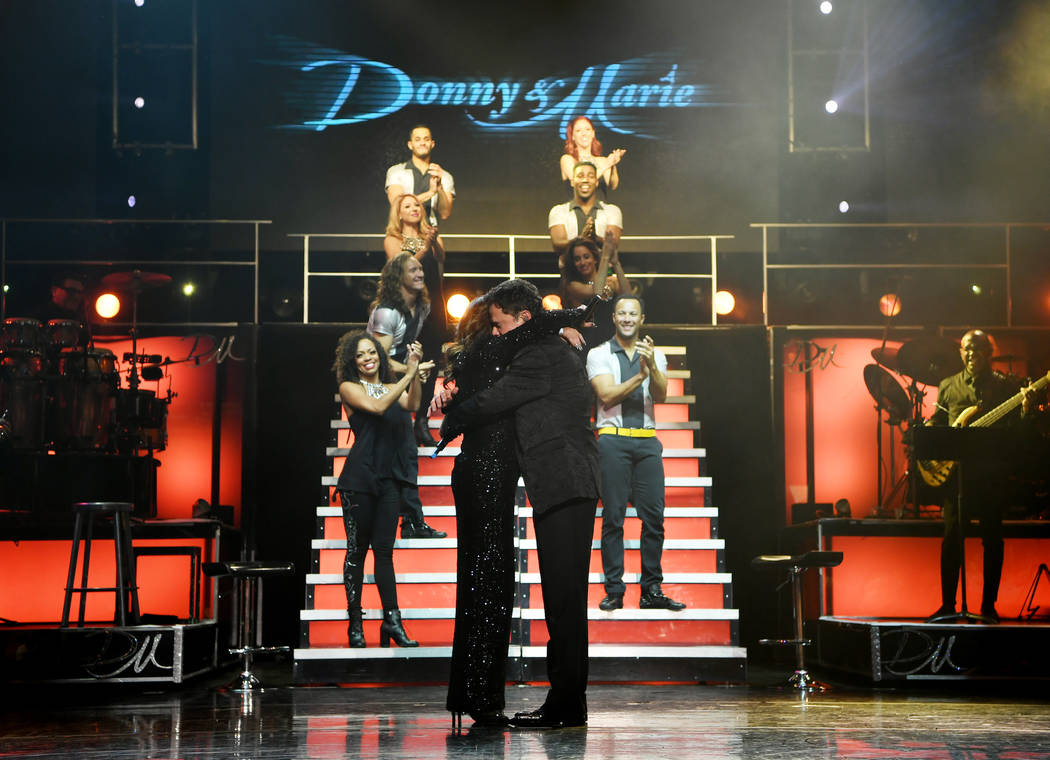 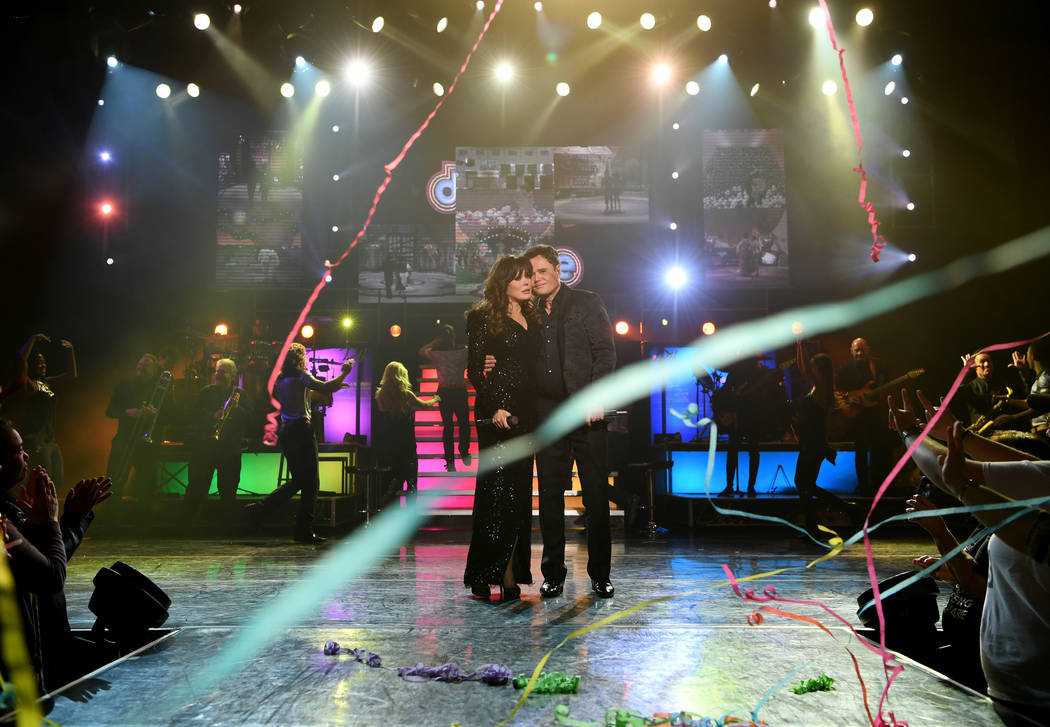 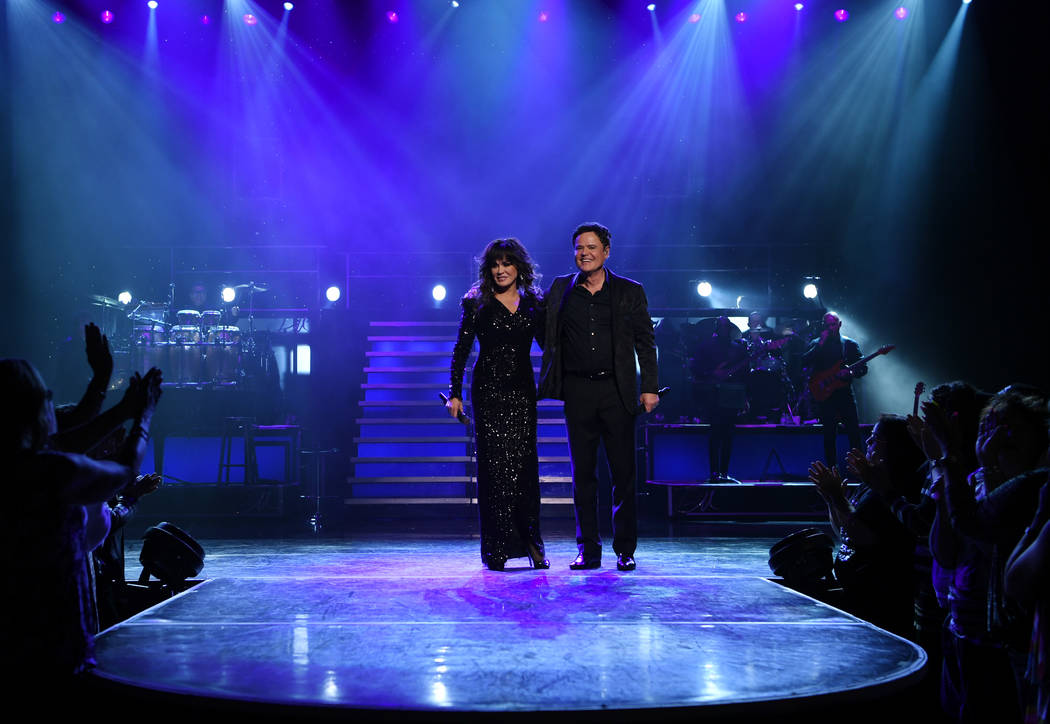 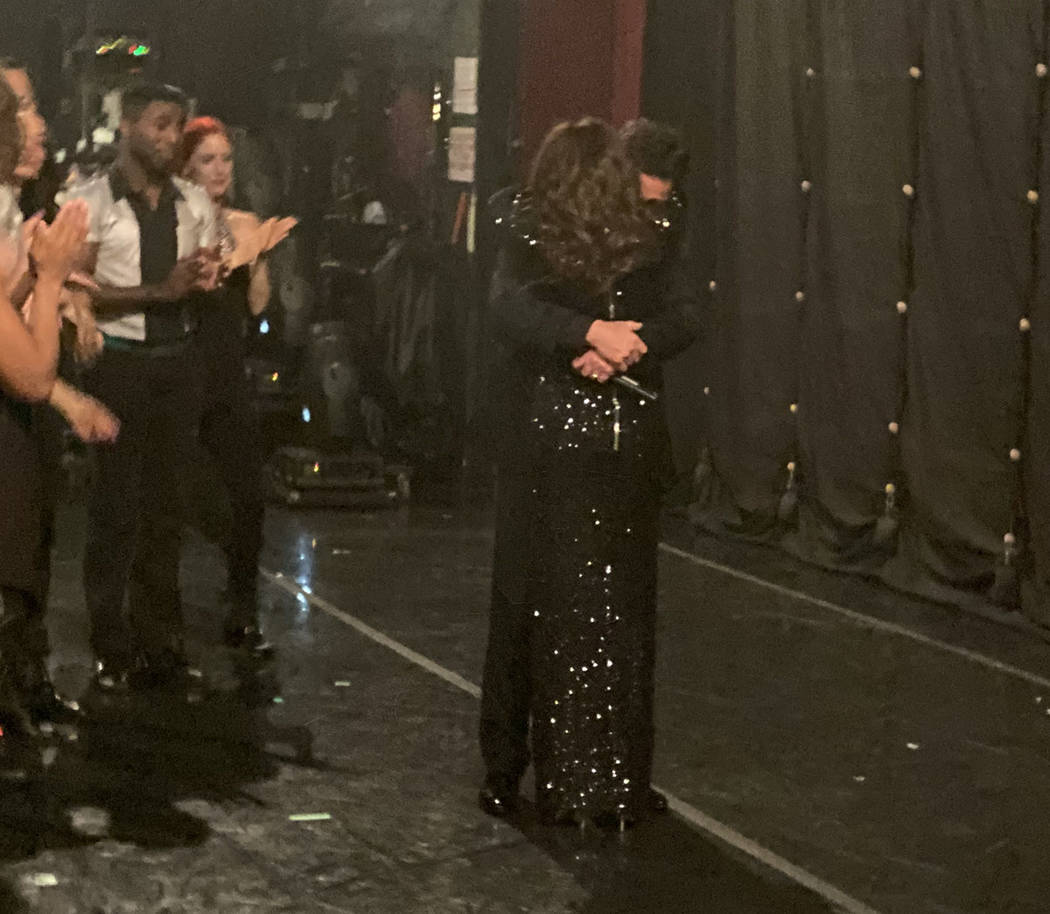 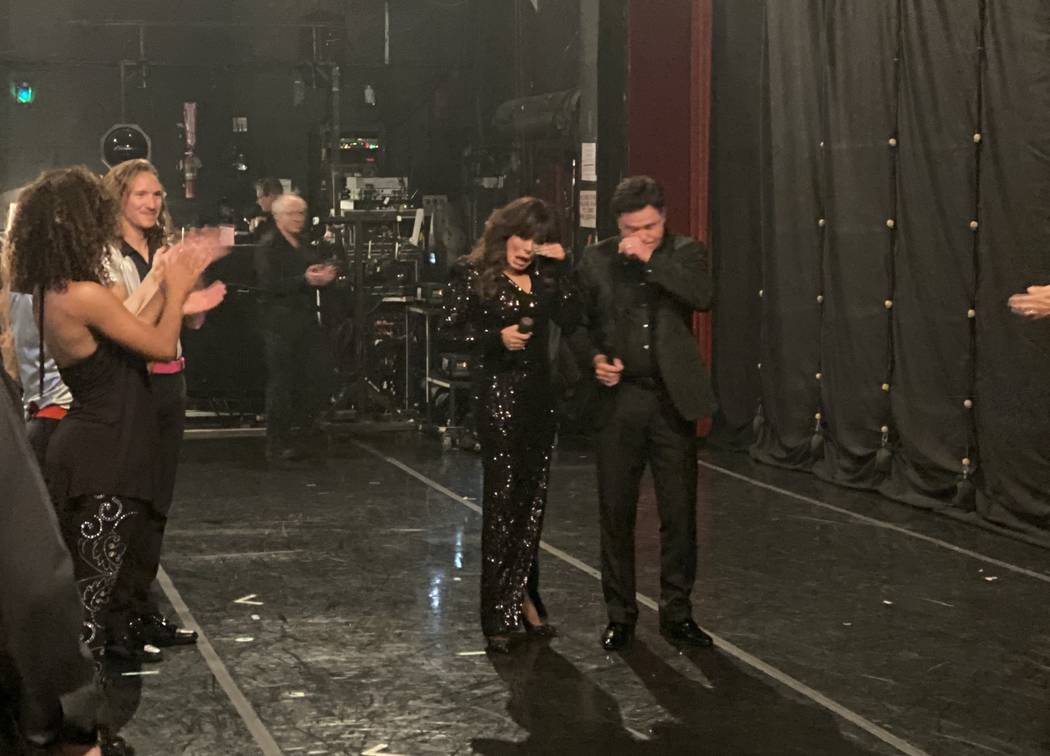 This was more than the end of a Las Vegas Strip production show. Saturday night’s Donny & Marie Osmond finale at the Flamingo closed a chapter, not just in Vegas but across the entertainment culture.

Donny Osmond, amid a swarm of well-wishers just after the final curtain dropped, paused to take it all in.

“There are no words,” said Osmond, still sweating and his eyes red from crying. “It’s sadness and elation at the same time. It’s really the end of the era. If you think about it, for Marie and I to do a one-off, it’s never going to be this way again.”

Osmond turned and looked at the many Osmonds milling around, members of the showroom staff, the backing musicians and dancers.

He then said, “This is more than closing a show.”

It is. The original Osmond family, which broke it big through the Andy Williams TV show in the late 1950s, is finished performing in any combination. Donny & Marie, the powerful brand that recorded such hits as “I’m Leaving it All Up to You,” “Deep Purple” and “Make the World Go Away” and starred on prime-time network TV, has ended its run, too.

The duo will appear once more together on “The Talk,” the CBS daytime chat show. Members of that crew were a ubiquitous presence at the finale, with cameras trained on the stage to record the show’s epilogue.

Turning back the clock, that the “Donny & Marie” show would last 11 years would have seemed a fictional concept when it opened in September 2008, famously given a six-week trial run in the Flamingo Showroom. The sense at the time was, D&M would run a mini-residency, then return some other time, possibly at MGM Grand’s Hollywood Theatre, where they had performed before signing at the Flamingo.

D&M were seen as a nostalgia act, a good show to see once, maybe with the family. But the show took off, as the duo unleashed a variety of production numbers from their careers apart and together, and added such unexpected snippets as “Walk This Way” by Aerosmith, “Love Shack” by the the B-52’s and “(You Gotta) Fight for Your Right (to Party!)”

Donny & Marie weathered the city’s fickle market trends — they opened at Flamingo just after the Great Recession hit — because the word-of-mouth was so consistently strong. They also took part in such national-TV hits as “Dancing With the Stars” and (for Donny) “The Masked Singer,” winning or reaching the finals of those shows and adding more shtick to the Flamingo production.

Most important, the performances never flagged, the co-stars always delivered, and soon we found an array of high-profile visitors were fans of Donny & Marie. Over the years, those in the audience included Verdine White and members of Earth, Wind & Fire; Bette Midler, in her days headlining at the Colosseum at Caesars Palace; Olivia Newton-John, when she was also headlining the Flamingo; and — just last week — magician headliner Mat Franco of Linq Hotel, and pop star Debbie Gibson.

They were all taken by Donny & Marie’s stage show, and especially their multifaceted set of skills. As Gibson said after the finale, “They sing every genre of music, out-dance 20-year-olds, and are so witty. They do it all.”

The Osmonds did show off their characteristic humor, onstage and after the performance. Marie, who performed the full show despite an injured right knee, padded around in a pair of pink-fuzzy flamingo slippers, saying, “This is one time I’m not wearing high heels on this stage.”

Donny, whose sharp wit away from the stage is a personal trademark, spent several minutes in deep conversation with the great guitarist Steven Lee, who has been with the show since the beginning.

As the two hugged and broke the conversation, Donny turned and said, “You play guitar, right?”

Lee shook his familiar bald head and said, “I love that guy.”

The emotion at the close was genuine, and in moments, raw. Marie mentioned from the stage the night in March 2010 when she returned after the death of her son Michael Bryan in Los Angeles, a remarkably courageous performance, before which she could barely talk about the tragedy. At the end of the show, Marie recalled performing that night, saying, “Do you remember walking me onstage that night? He was right there.” Donny looked down and softly said, “Oh, yeah,” and wiped away tears with his sleeve.

The two barely made it through the closing number, “May Tomorrow Be a Perfect Day,” fairly stammering through the short rendition before a colorful blast of streamers ended the show.

After the curtain fell, the brother and sister hugged tightly, out of view of the audience and with their onstage family.

The embrace would seem to last forever, so long that those assembled actually waded in for group hug, and then backed off just to let the moment play out.

Donny & Marie, hugging it out a last time. You wouldn’t have been able to pull them apart. They ended it when they wanted, as it should be.