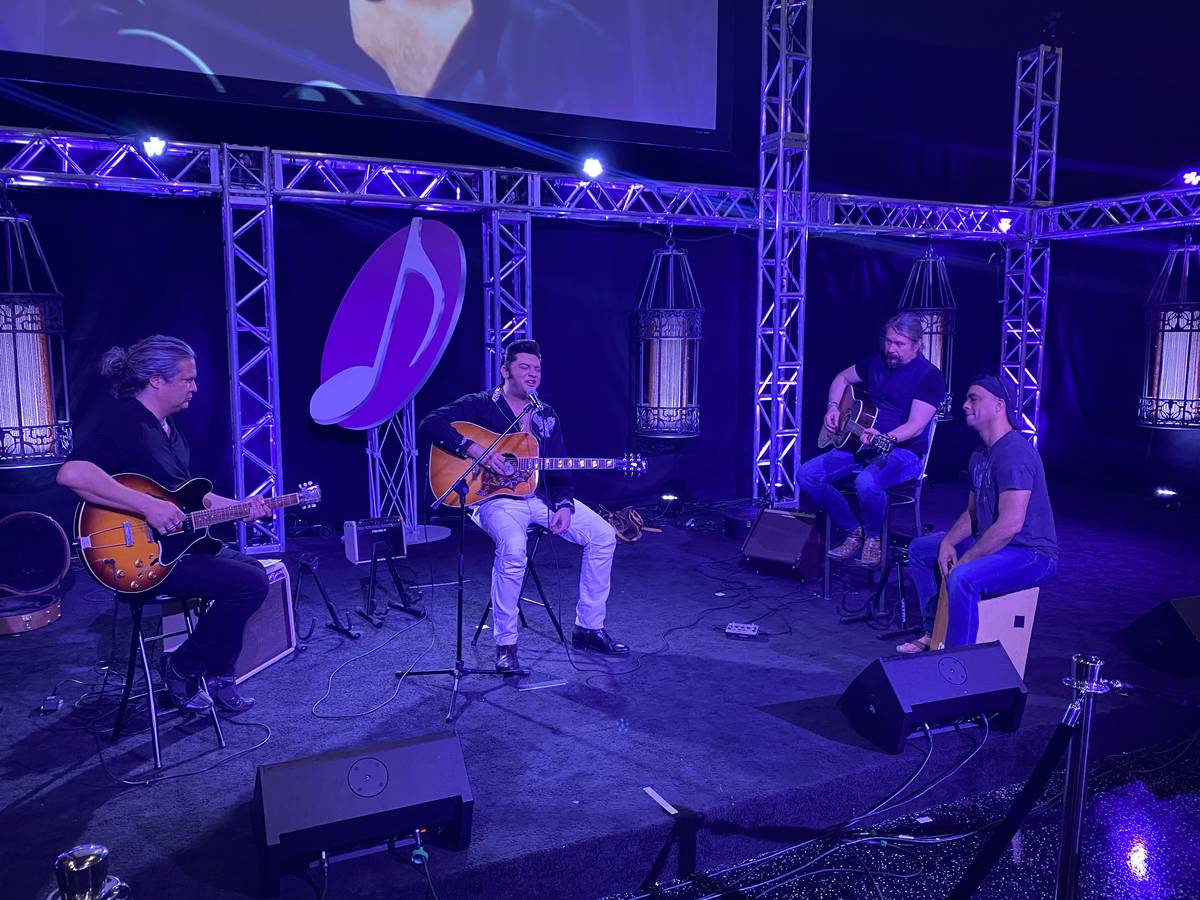 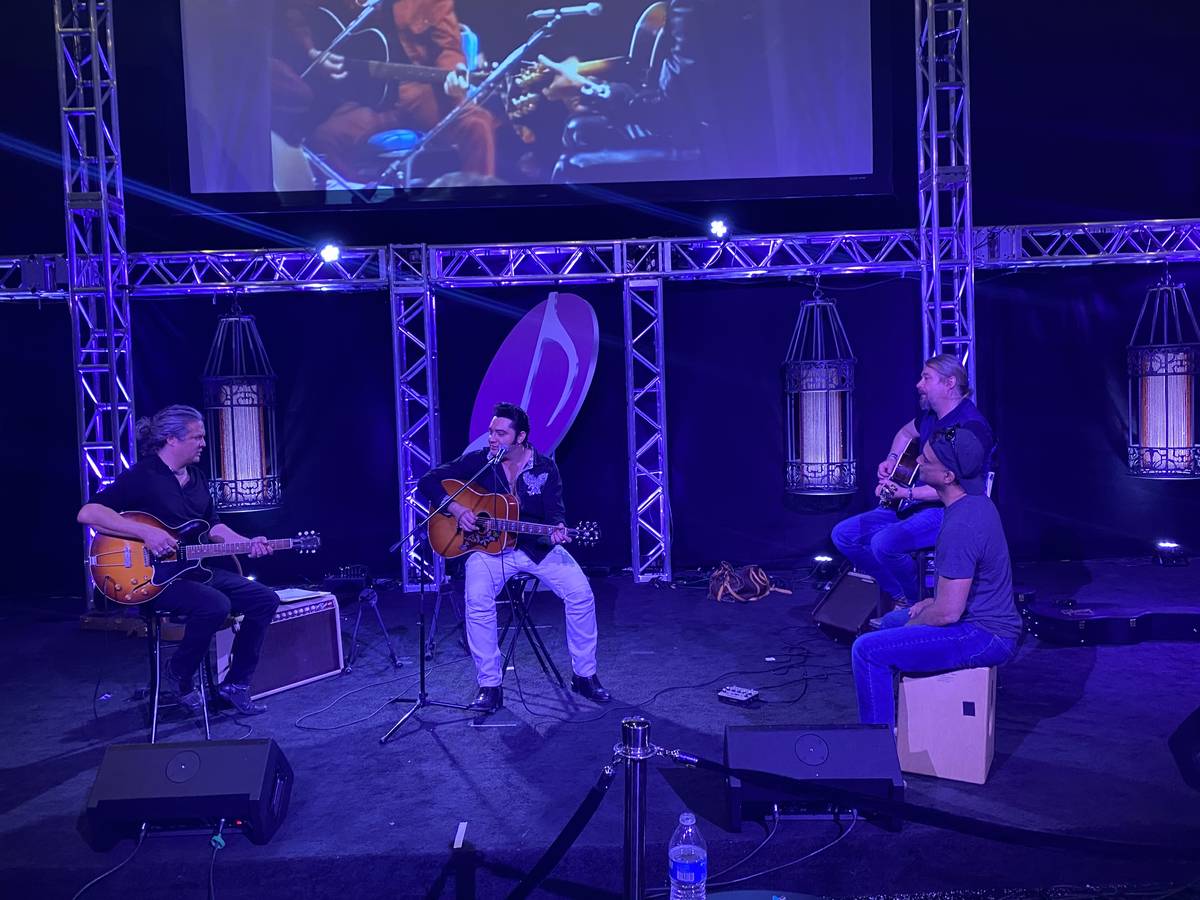 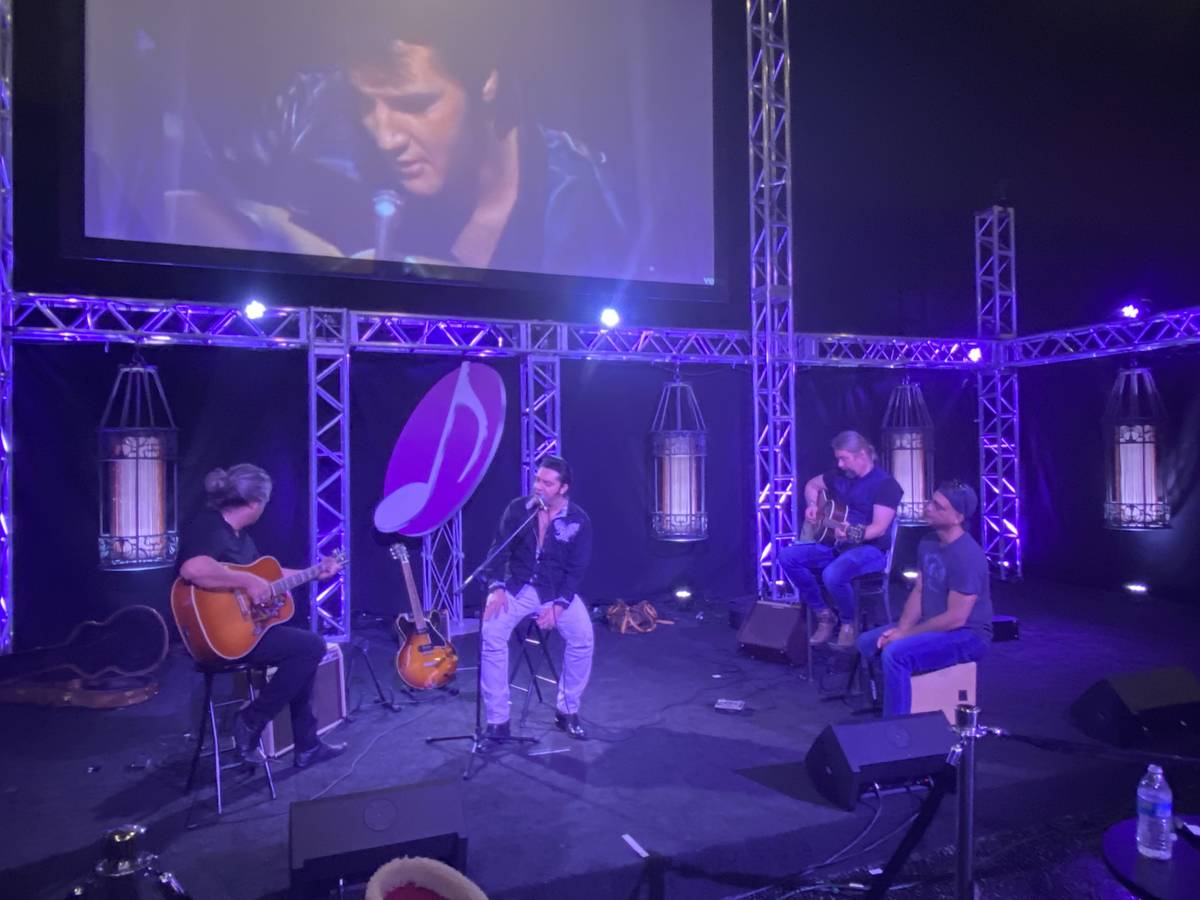 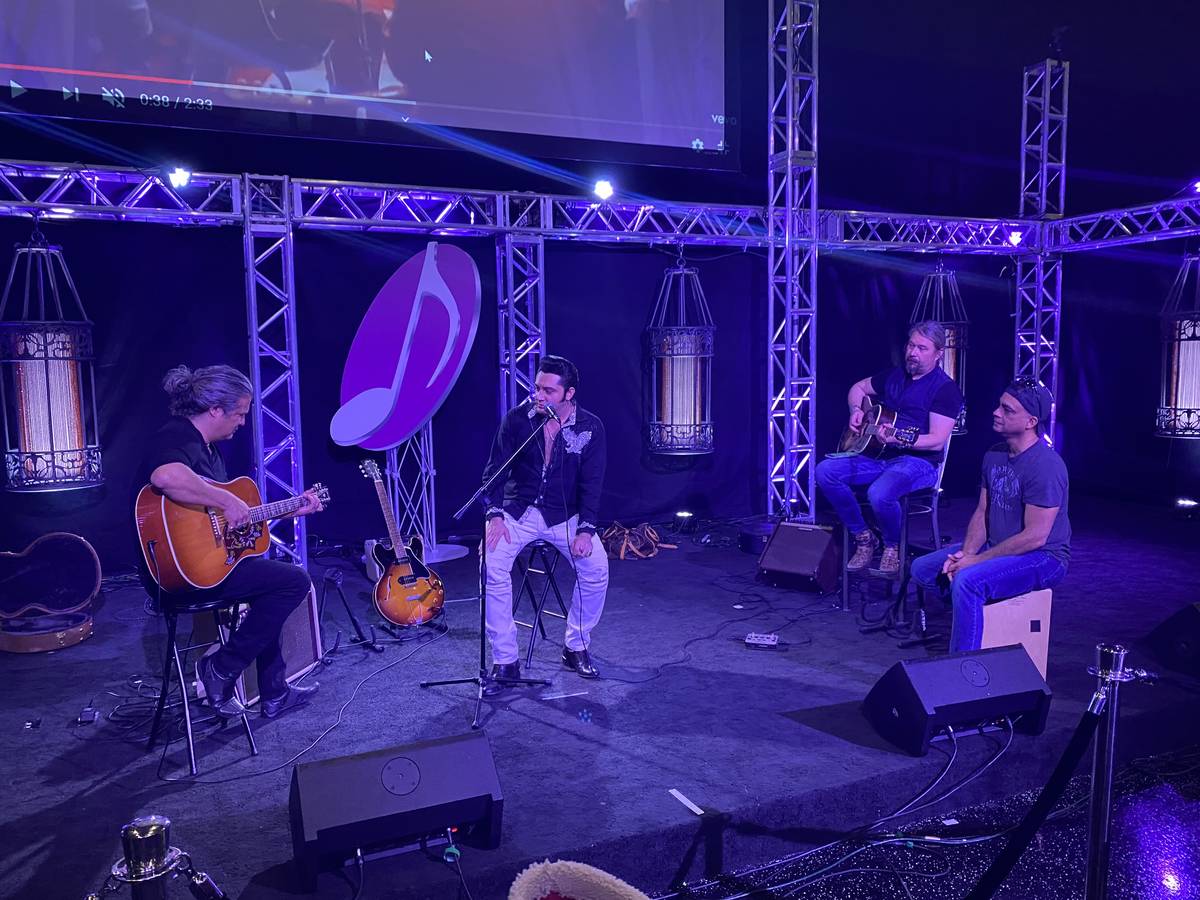 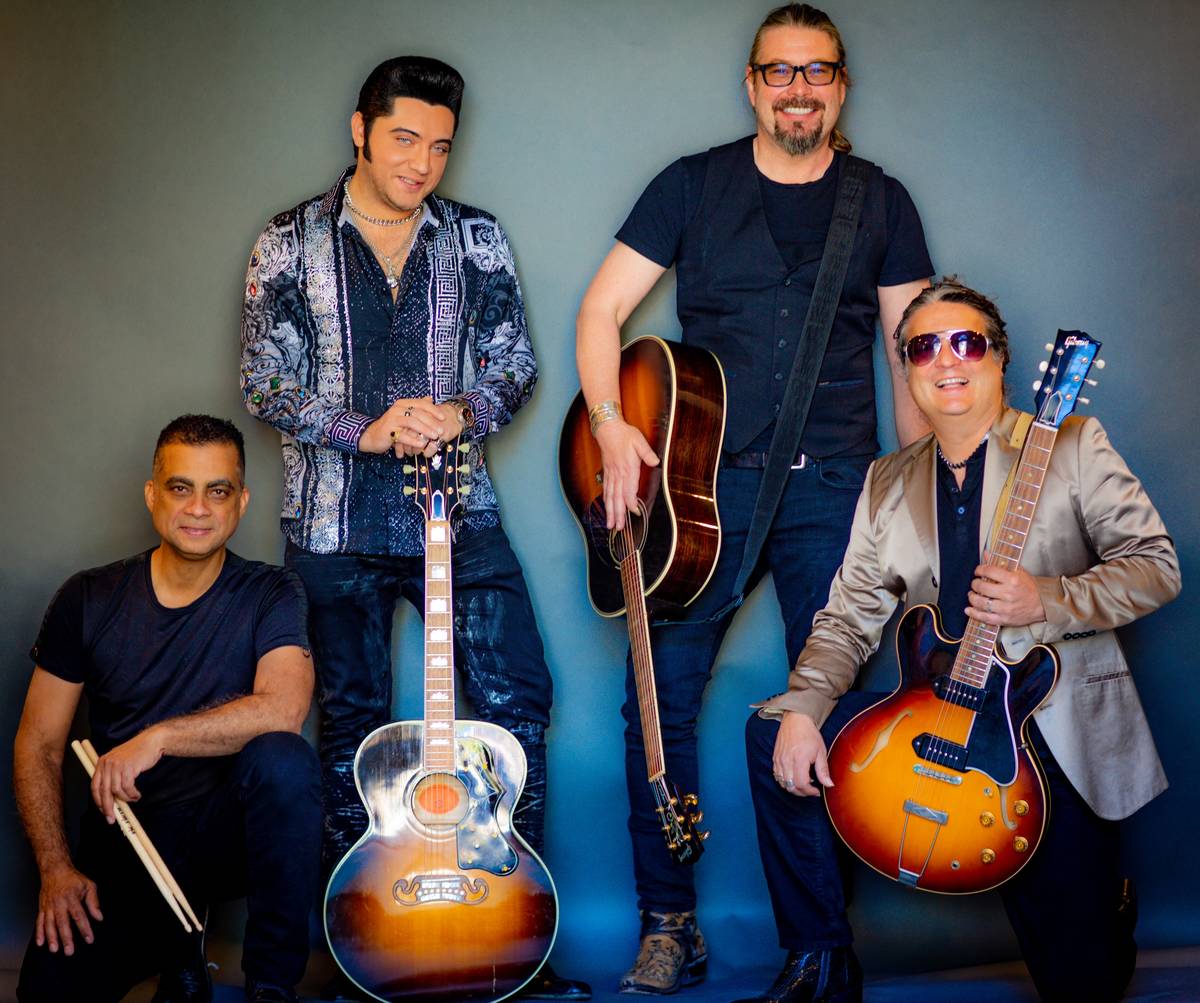 For live productions that are uniquely Las Vegas, look no further than “Elvis & Friends ‘68 Comeback” set for 10:30 p.m. Saturday at Notoriety at Neonopolis.

We gotta lotta Elvis in this gig.

The show stars Justin Shandor, who has portrayed Elvis for more than two decades. The first time I ever encountered him was as a teenage Elvis at Elvis-A-Rama museum around 2000. The talented showman has gone on to star in “Legends In Concert” and “Million Dollar Quartet” in Las Vegas.

Shandor’s crowning achievement as the King was winning the 2010 Ultimate Elvis Tribute Artist competition at Graceland in Memphis in 2010. His “World’s Ultimate Elvis” title has only enhanced his prominence as a top international ETA, as they are called.

But Shandor is evolving beyond Elvis, as a cabaret performer. He headlined The Vegas Room this month. The jumpsuit has been shed in favor of a lineup of solid standards, performed with Bill Fayne at the piano. As he says, “Elvis will always be with me, somehow.”

And, we have a performer named Elvis, but not as Elvis. He’s Elvis Lederer, the great German-born musician who has performed with Blue Man Group and Criss Angel. Lederer also co-founded the rock band Ubershall, which is has been a Sunday-night delight at high volume at Double Down Saloon.

But this Elvis has never been Elvis. “All these years in Vegas, and I’ve never been in an Elvis show,” Lederer says. “I guess it was destiny.”

The takeaway from all of this is you can’t shake Elvis in Las Vegas.

Shandor, Lederer, ever-percussive drummer Pepe Jimenez (late of Santa Fe & The Fat City Horns and Carlos Santana’s band), and guitarist Martin Zimmerman (who has backed Herman Rarebel of the Scorpions, among other rockers) form the lineup for Friday’s show.

As the title indicates, the show returns to Presley’s 1968 comeback special, a nationally televised event just months before he opened his Vegas run at the International.

Our friend DJ Liz Clark, who has spun around town for more than a decade, conceived this idea after this foursome’s impromptu jam last month at Prosecco Fresh Italian Kitchen, where Clark has booked talent.

Thus inspired, Clark is presenting the show at Notoriety’s Robin Leach Theater. The show’s set list includes “Are You Lonesome Tonight,” “Blue Suede Shoes,” and “A Little Less Conversation,” with the guys seated in a semi-circle, just as Elvis and his boys were positioned on the TV special. Highlights of the King’s performance play on the room’s big screen.

As rehearsals Sunday afternoon showed, the show will energize Elvis fans, and also those who know these artists. I mean, Pepe Jimenez on cajon? It could have a future. It all depends on how much Elvis these gentleman can handle.