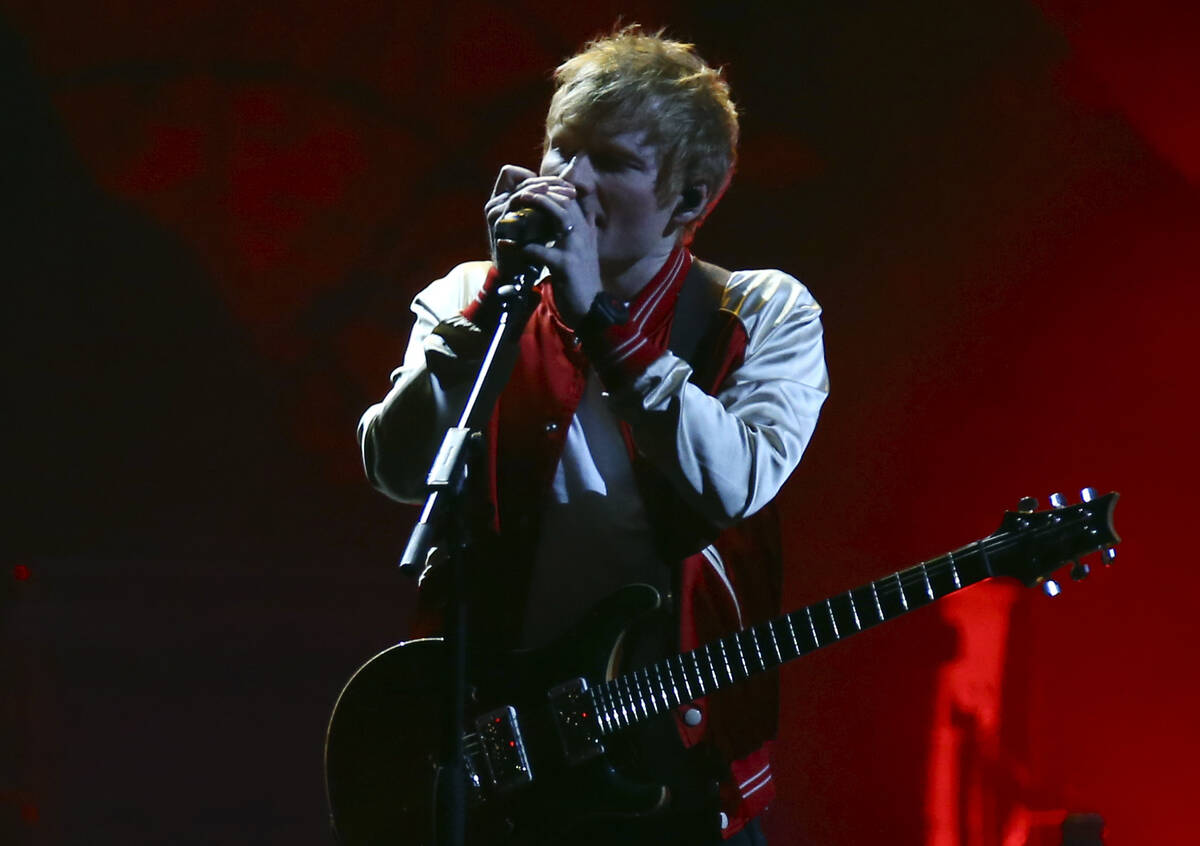 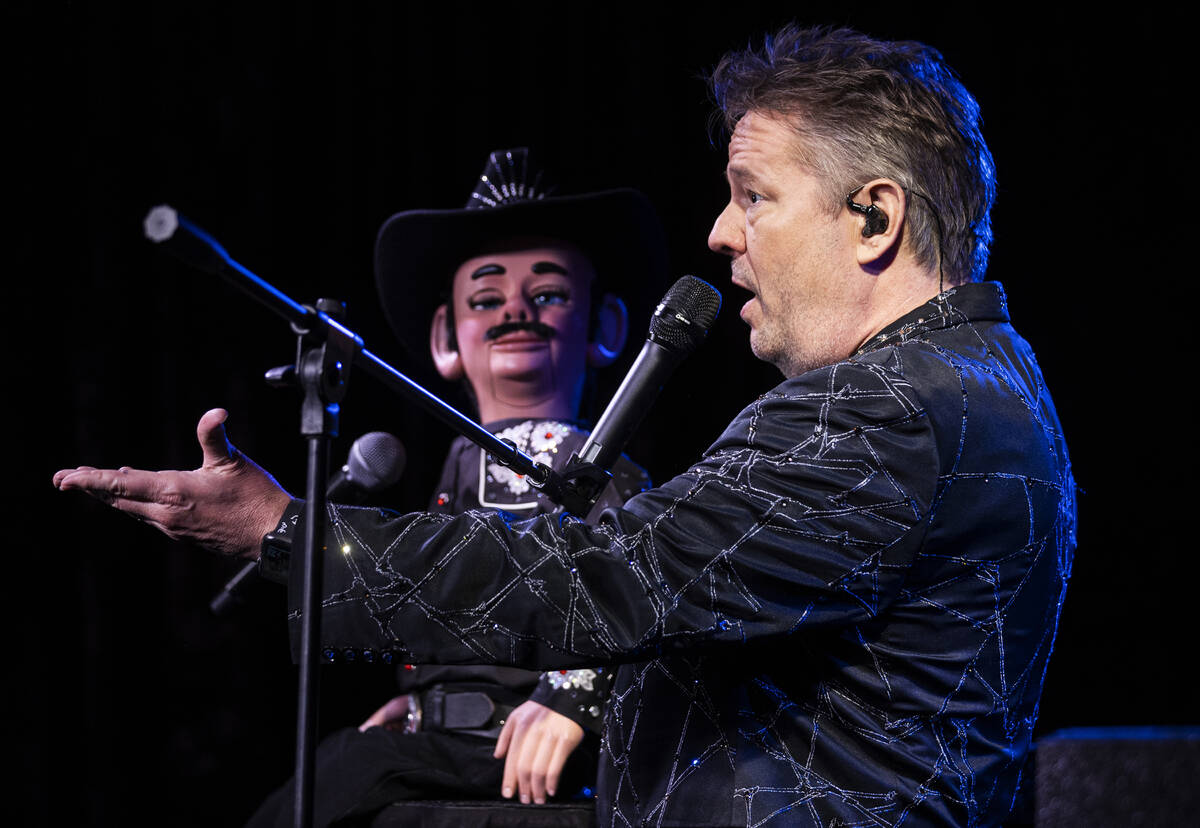 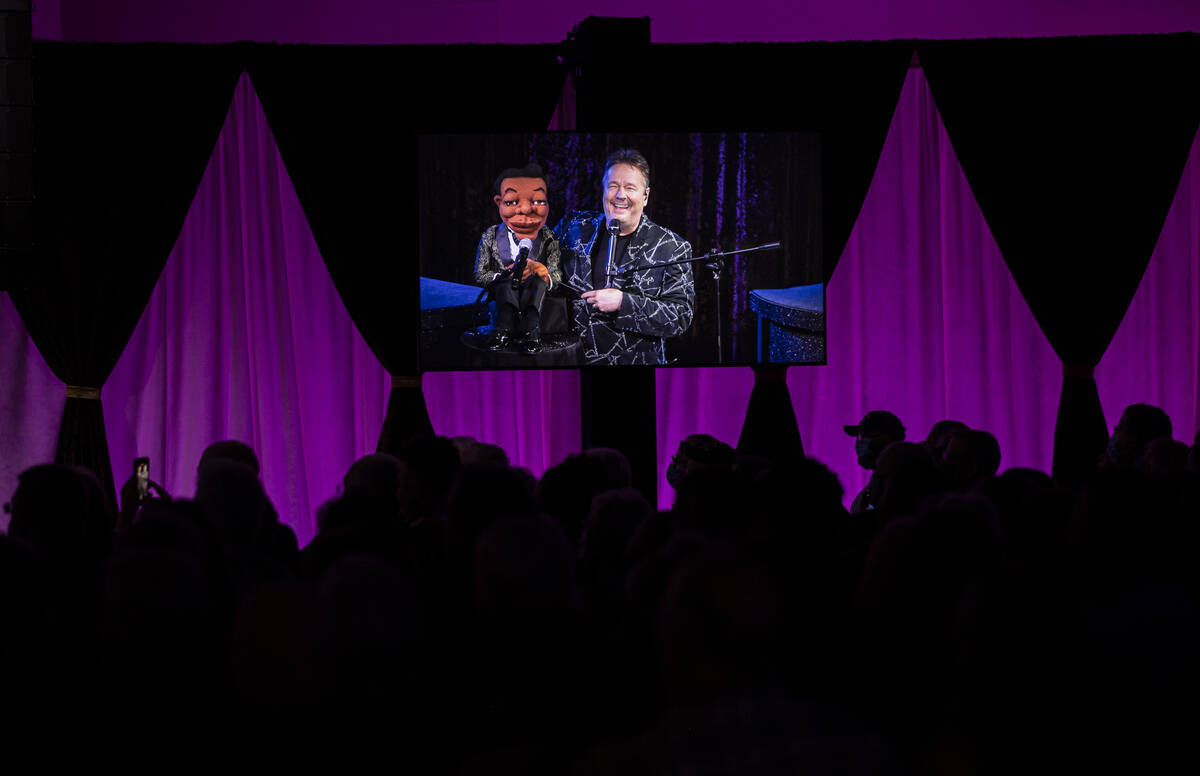 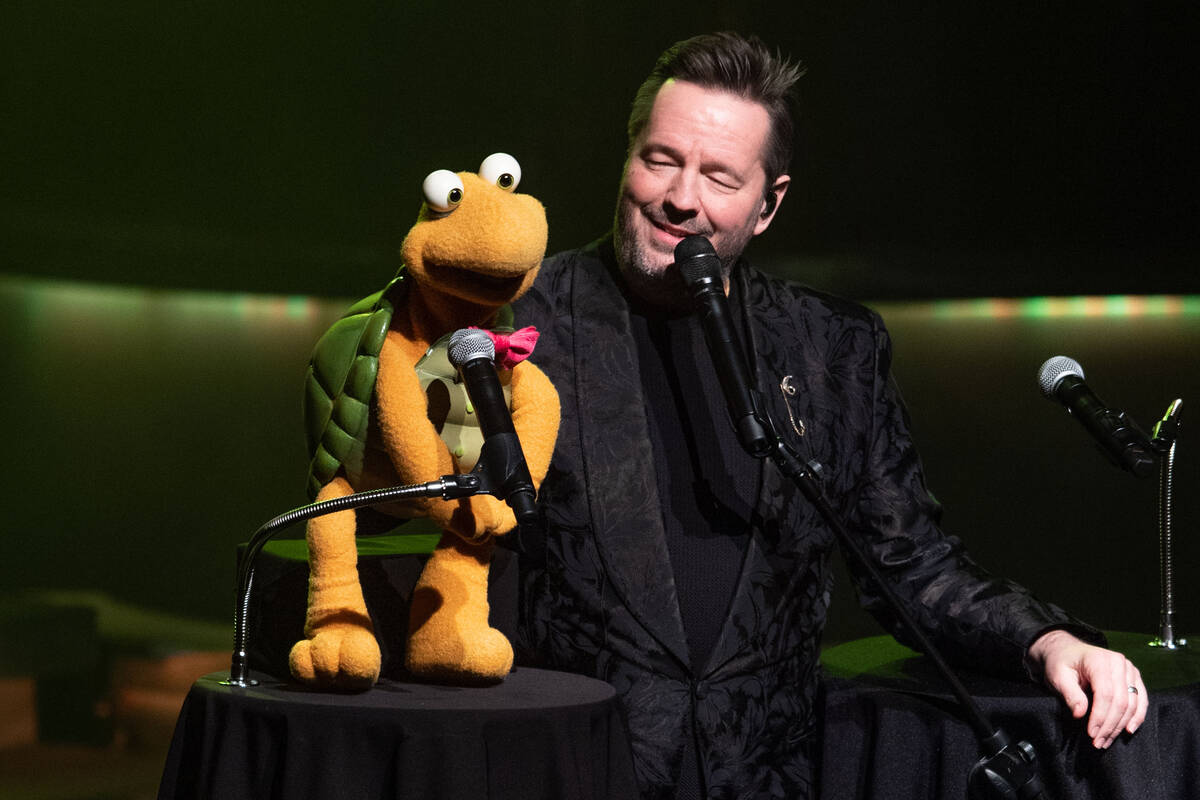 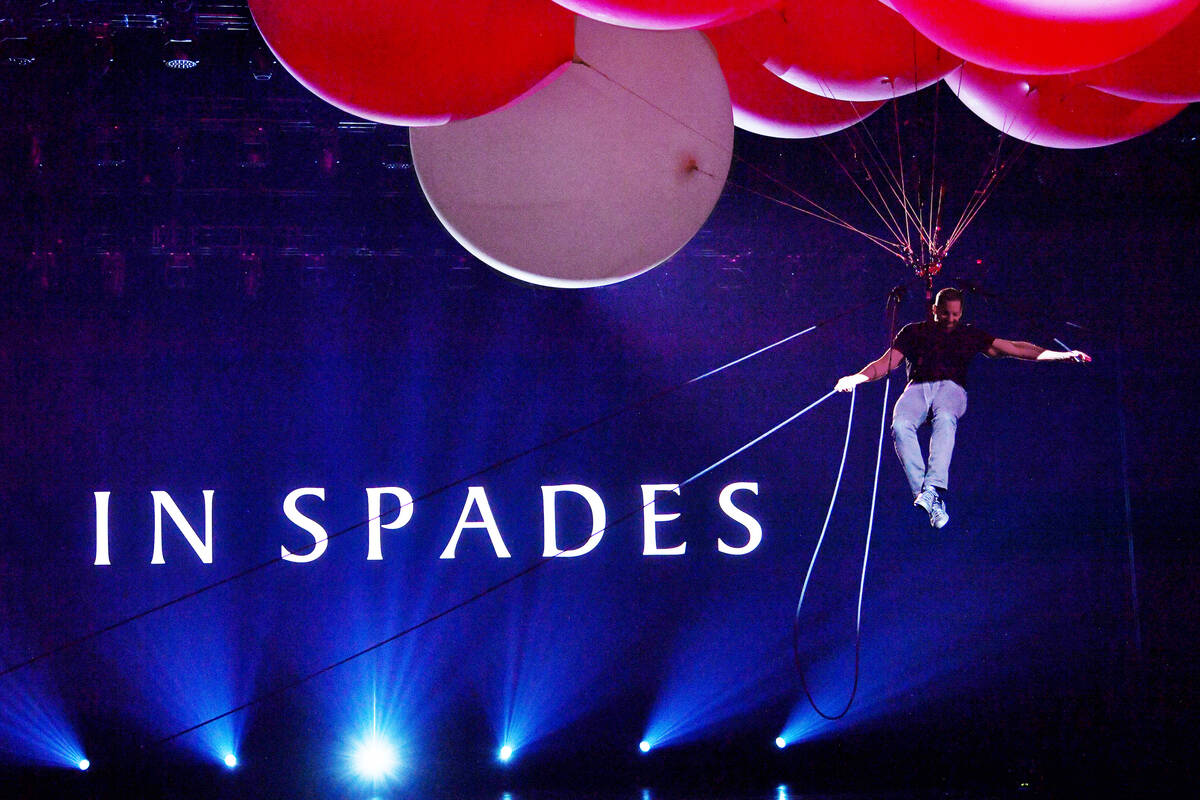 David Blaine is shown on opening night of his "In Spades" show at The Theatre at Resorts World Las Vegas on Friday, Sept. 30, 2022. (Denise Truscello) 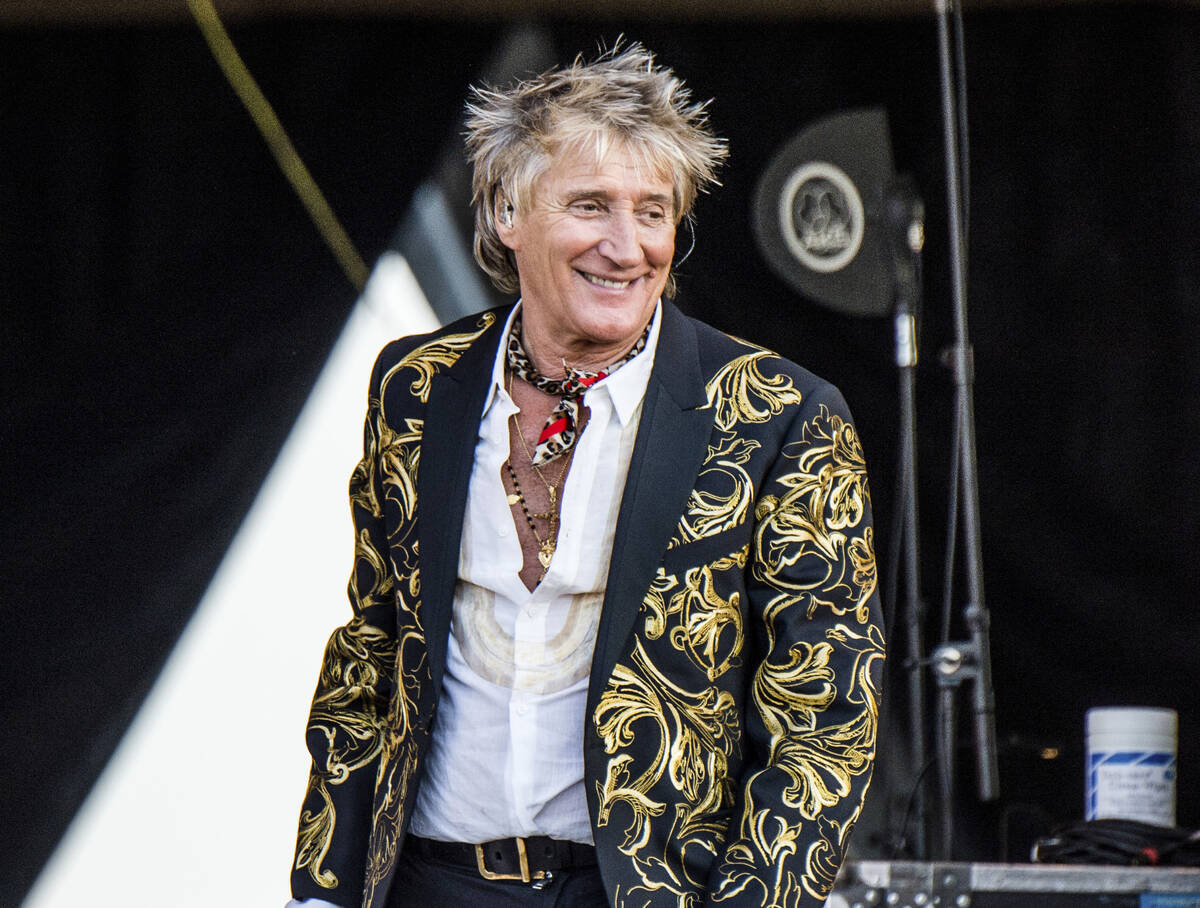 Rod Stewart performs at the New Orleans Jazz and Heritage Festival on April 28, 2018. A plea deal between Stewart and Florida prosecutors to settle charges he and his adult son Sean battered a security guard at a New Year's Eve party two years ago has fallen through. The pair are now scheduled to stand trial on misdemeanor battery charges in January. (Photo by Amy Harris/Invision/AP, File)

Ed Sheeran is flying with Allegiant.

The stadium, we mean.

Sheeran has issued details of his “+ – = ÷ x” tour, translated in traditional English as “Mathematics,” with a Sept. 9 stop at Allegiant Stadium. This is Sheeran’s first U.S. concert series in about five years. Tickets are on sale 10 a.m. Oct. 14 at ticketmaster.com. Sheeran’s 2018 “Divide Tour” was the most-attended and highest-grossing tour ever.

It was reported last week that Sheeran is headed to court over an accusation his 2014 hit “Thinking Out Loud” violated copyright laws by copping Marvin Gaye’s 1973 classic “Let’s Get It On.” Sheehan’s counsel had tried to have the case dismissed. Instead, it will be settled by jury at a date to be determined.

We have heard that Blaine tightened his show a bit, including cutting his opening number (the plunge into cardboard boxes stacked six feet high) by about half. Blaine said from the stage opening night his drop was 78 feet. The official distance is now 85. Whichever, it is a wild scene.

Sir Rod Stewart, saying it’s been “12 years and still getting away with it,” has extended his residency at the Colosseum at Caesars Palace from May 3-15 and Nov. 10-22, 2023. Next year marks Stewart’s 12th year at the Colosseum, where he is now dean of the scene.

And now, we dance

“Dancing With the Stars: Live” stops at The Pearl at the Palms on March 12. Pro dancers include Brandon Armstrong, Alan Bersten, Sasha Farber, Gleb Savchenko, Emma Slater, Britt Stewart, and “So You Think You Can Dance” champ Alexis Warr now on the “Dancing with the Stars” ABC-TV series. Tickets are onsale 10 am. Friday at Ticketmaster.com.

Heard it from a friend …

Who heard it from a friend that REO Speedwagon is coming to The Pearl at the Palms on Jan. 21. Tickets onsale 10 a.m. Friday at Ticketmaster.com.

Band fact: Led by singer Kevin Cronin, the band are big Carrot Top fans. They have visited the show at Luxor several times.

Mortimer on the hunt

Magician headliner Xavier Mortimer is leaving The Strat at the end of the year. Mortimer’s manager Alex Goude said Monday the ex-Cirque artist is reviewing “multiple options as we speak.” Mortimer’s team wants him to be a “destination” headliner, and closer to the heart of the Strip.

The Strat claims to be where the Strip starts, which draws a rebuttal from Sahara Las Vegas, making the same claim.

“We are really glad to show what Xavier could do on a big stage at The Strat, and to grow and gain multiple awards,” Goude said. “Now it is time to switch to the revolution.”

We hope that revolution will be spiced by Mortimer making the Welcome to Fabulous Las Vegas sign disappear and reappear. That act was promised months ago.

Tiki Di Amore is connected to Casa Di Amore, but don’t confuse the two. One is a classically appointed Italian restaurant. The other is a tiki hut on the back patio with a thatched roof, where you could wear a grass skirt and fit right in. That is where Rock You Up plays 7 p.m.-10 p.m. Friday. This is Tim Soldan on bass and vocals, Eden Caz on vocals, Tito Zuniga on guitar, and Bob Antal on drums and (it says here) “airplane pilot.” Bring the Pan Am bag, I guess. But find the ’60s and ’70s classic rock at 2850 E. Tropicana Ave., no cover, and cowbell solos upon request.