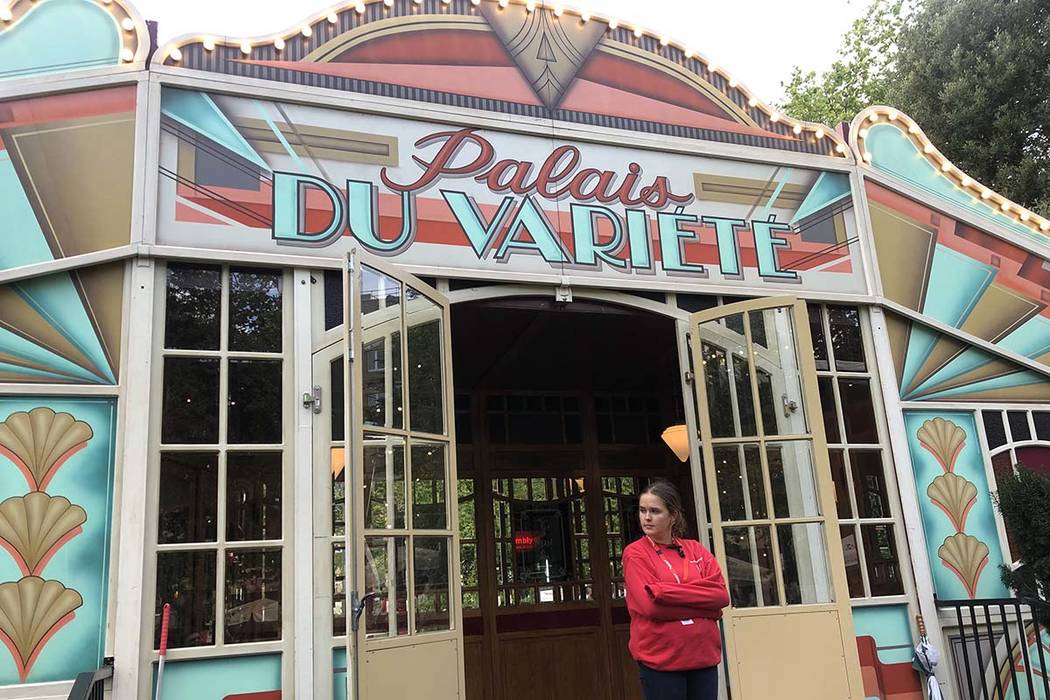 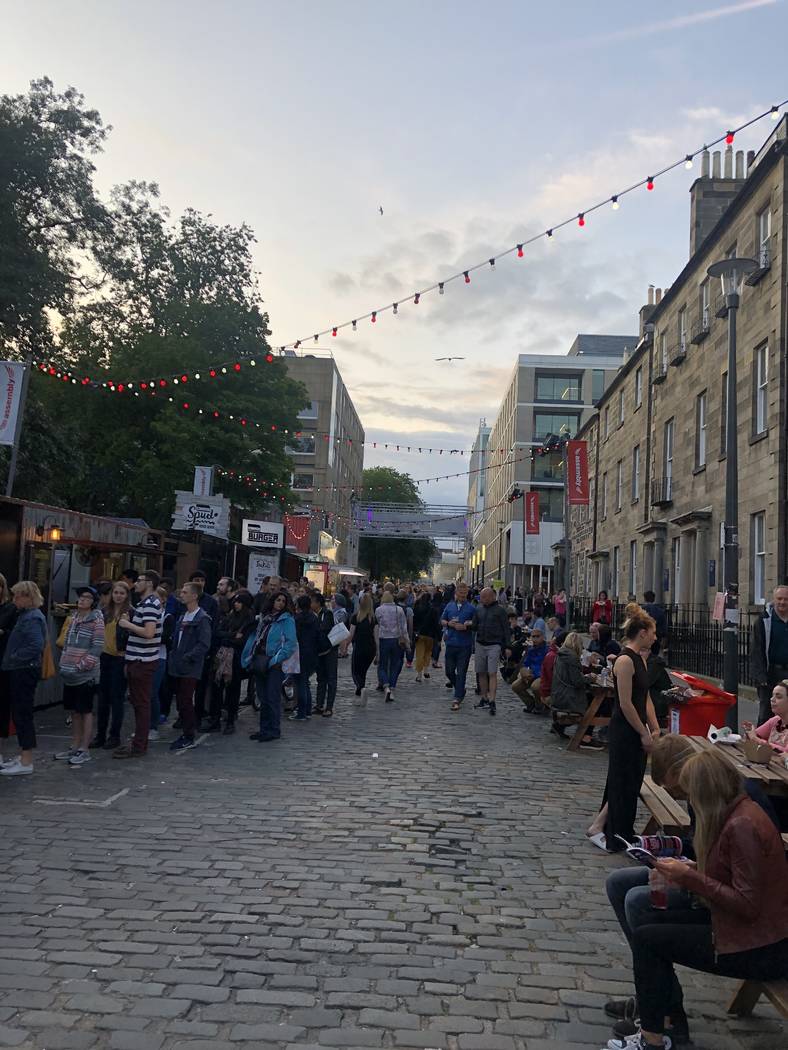 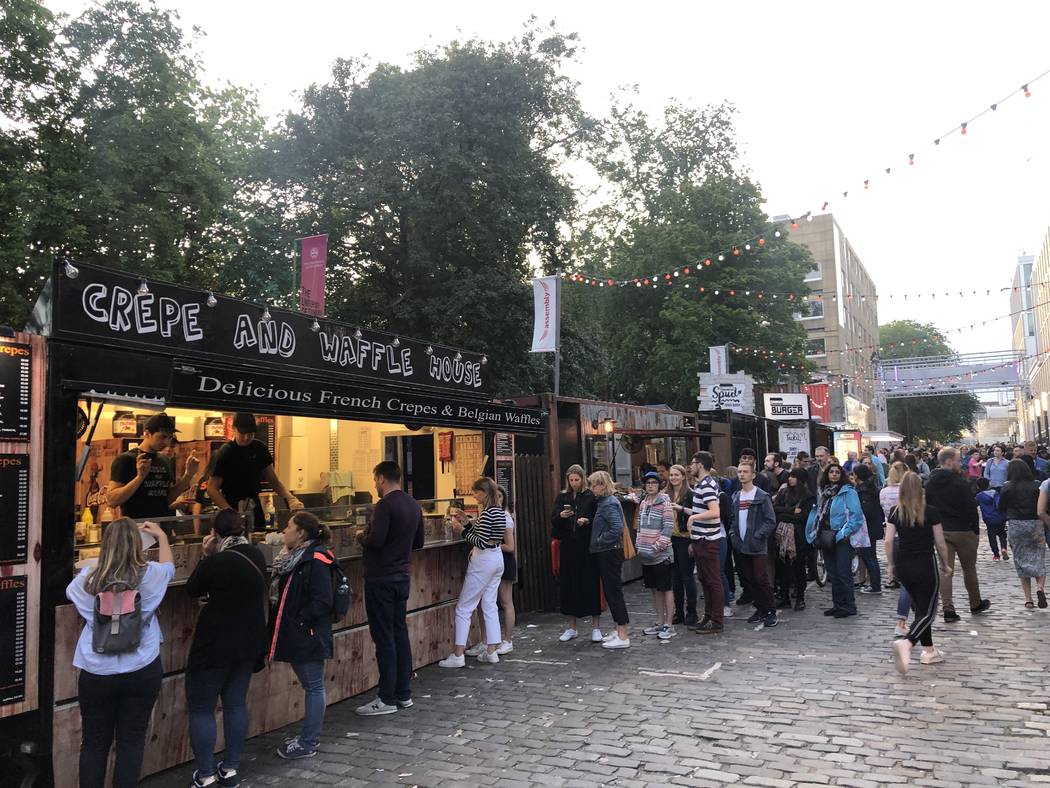 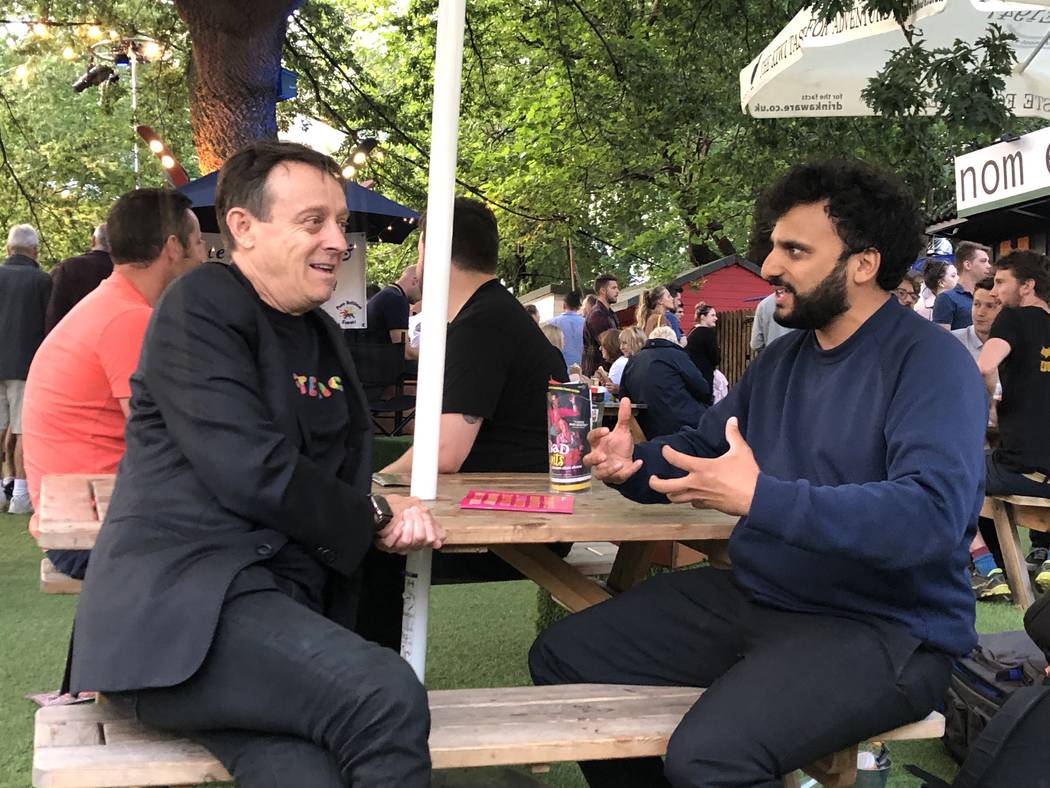 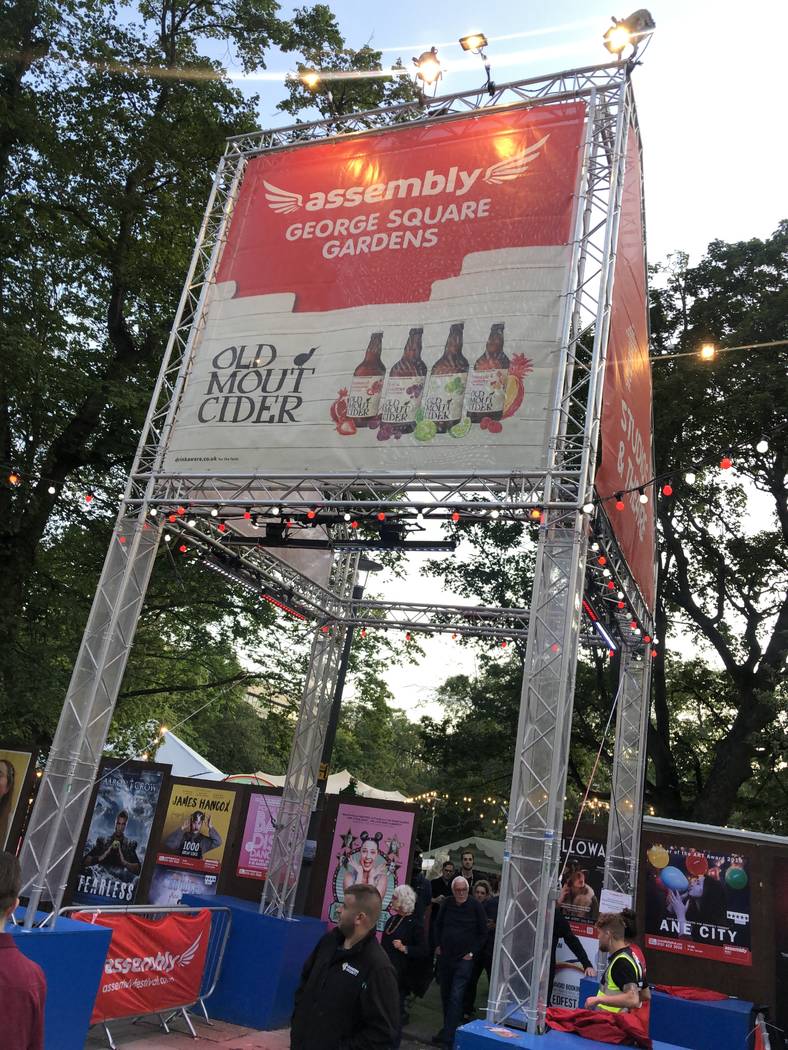 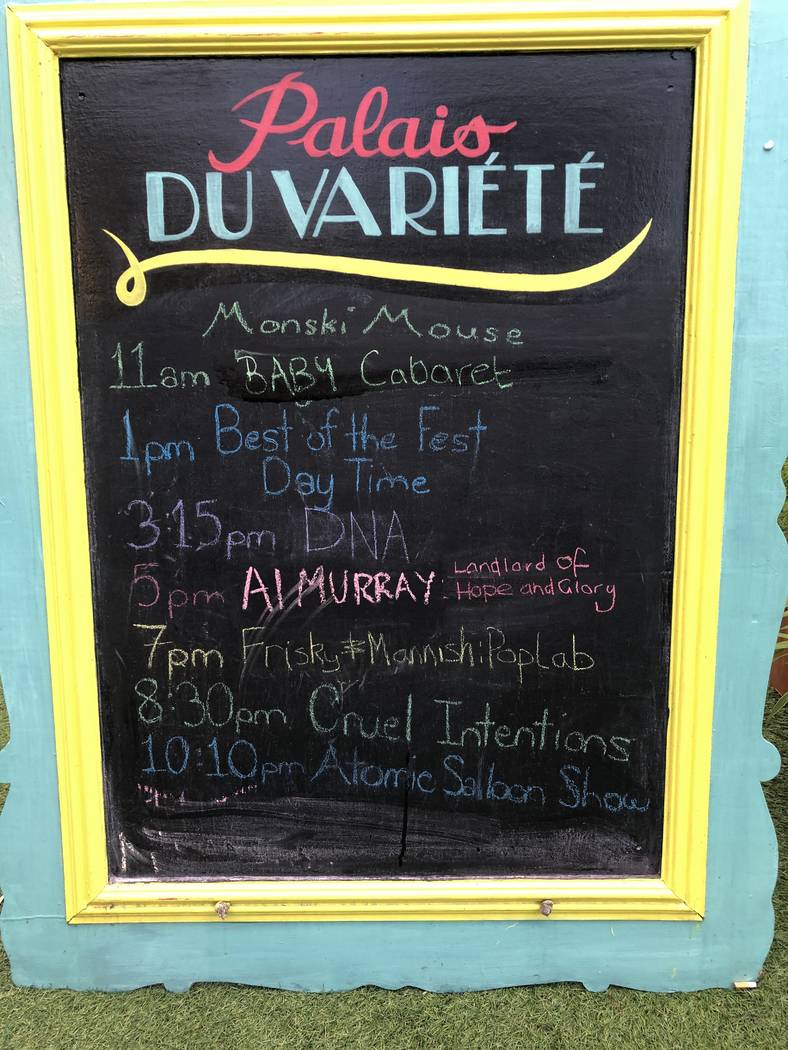 EDINBURGH, Scotland — The Kats Bureau is the Radisson Blu hotel on the Royal Mile in the capital of Scotland, near the Firth of Forth’s southern shore and close to the North Sea. It’s heavy here, environmentally and architecturally. I’m a few kilometers from Edinburgh Castle, peering over the city where it rains when it feels like it, overcast except at night, and every third person smokes.

I am here to cover Edinburgh Festival Fringe, and later the VIP premiere of Spiegelworld’s “Atomic Saloon Show.” This raunchy comedy and acrobatic showcase will run at the festival through Aug. 25. The new production debuts at its customized, second-level theater — where The Act was once staged — at The Venetian’s Grand Canal Shoppes on Sept. 8.

I have had a chance encounter with Colin Cahill, who plays the singing cowboy. Character’s name is Blue Jackson. When he told me that, I said, “They should have called him Bo Jackson,” remembering the legendary two-sport athlete.

“It’s a play on words,” Cahill explained. Spiegelworld, again, is playing to form.

Edinburgh is an expected and refreshing change of scenery from VegasVille. This city of about a half-million folks (1 million in the metro region) has been inhabited since the 12th century. I’ve already eaten with flatware older than the Old Mormon Fort. When you spot Edinburgh Castle off in the distance, peering over the city from the 350-million-year-old Castle Rock volcanic formation, you realize it is not a place you would see a male dance revue.

By the way, jet lag is no joke. It is a staggering experience. The 15-hour trek here will wipe you out for a time. My meandering through George Square Gardens, attempting to navigate the Assembly’s center of activity, was great performance art. The Vegas Mime, live and in person.

I did happen upon none other than Spiegelworld founder Ross Mollison in an interview with comic Nish Kumar for BBC Two’s “Two Mash Report.” Kumar, who made his Edinburgh debut in 2012 with the Gentlemen of Leisure sketch duo, is known as the Jon Stewart of the U.K. His team threw a three-camera shoot at Mollison in the open George Square courtyard.

“I saw these cameras and wondered who they were for,” Mollison said, beaming as his show has been a hot topic and early sell-out in the festival lineup. “People here are very interested in us.”

Mollison reiterated his concerns about the U.K.’s ongoing Brexit dispute, which threatens to cause upheaval in Spiegelworld’s plans to premiere new productions here through 2019. Mollison has offered that he will seek Paris or Berlin as sites if he feels there there is disarray in the U.K.’s financial markets.

“I am serious,” Mollison said and pointed toward a two-level structure that was to be home to those future shows. “We do have plans here, but nothing in writing. If it were in writing, I would be really nervous.”

We get it. Later is the “Atomic” party, certain to be a blast, and yes, pun intended.

This file has been corrected to show the correct name of Colin Cahill’s character, Blue Jackson.