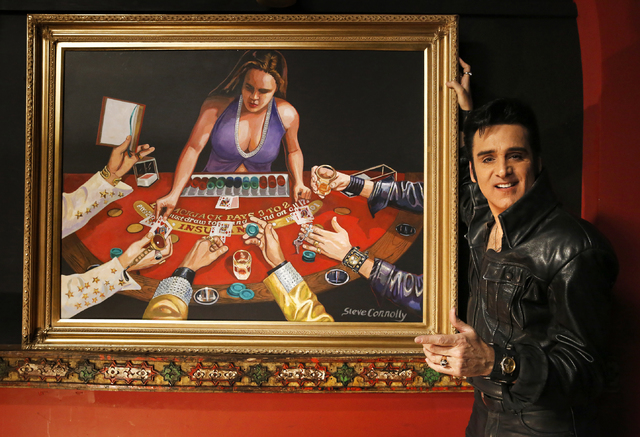 Steve Connolly, who performs as Elvis in &quot;Spirit of the King&quot;, with his painting (acrylic on wood) at Four Queens hotel-casino on Saturday, Dec. 17, 2016 in Las Vegas. According to Connolly, the painting took over 170 hours to complete. (David Guzman/Las Vegas Review-Journal) @DavidGuzman1985 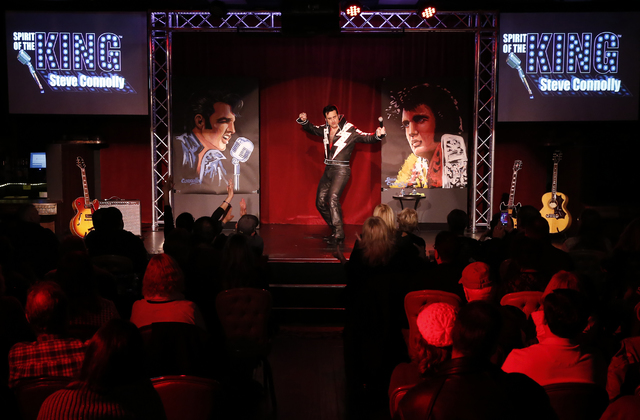 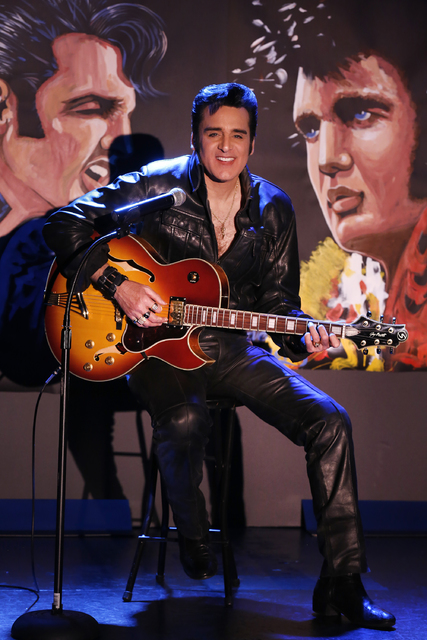 Steve Connolly, who performs as Elvis in &quot;Spirit of the King&quot;, poses with two of his speed paintings (acrylic on archival paper) at Four Queens hotel-casino on Saturday, Dec. 17, 2016 in Las Vegas. According to Connolly, the portrait on the right took 15 minutes to complete. (David Guzman/Las Vegas Review-Journal) @DavidGuzman1985 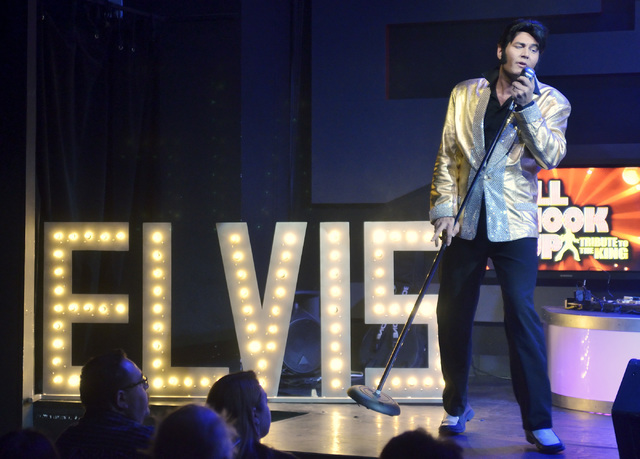 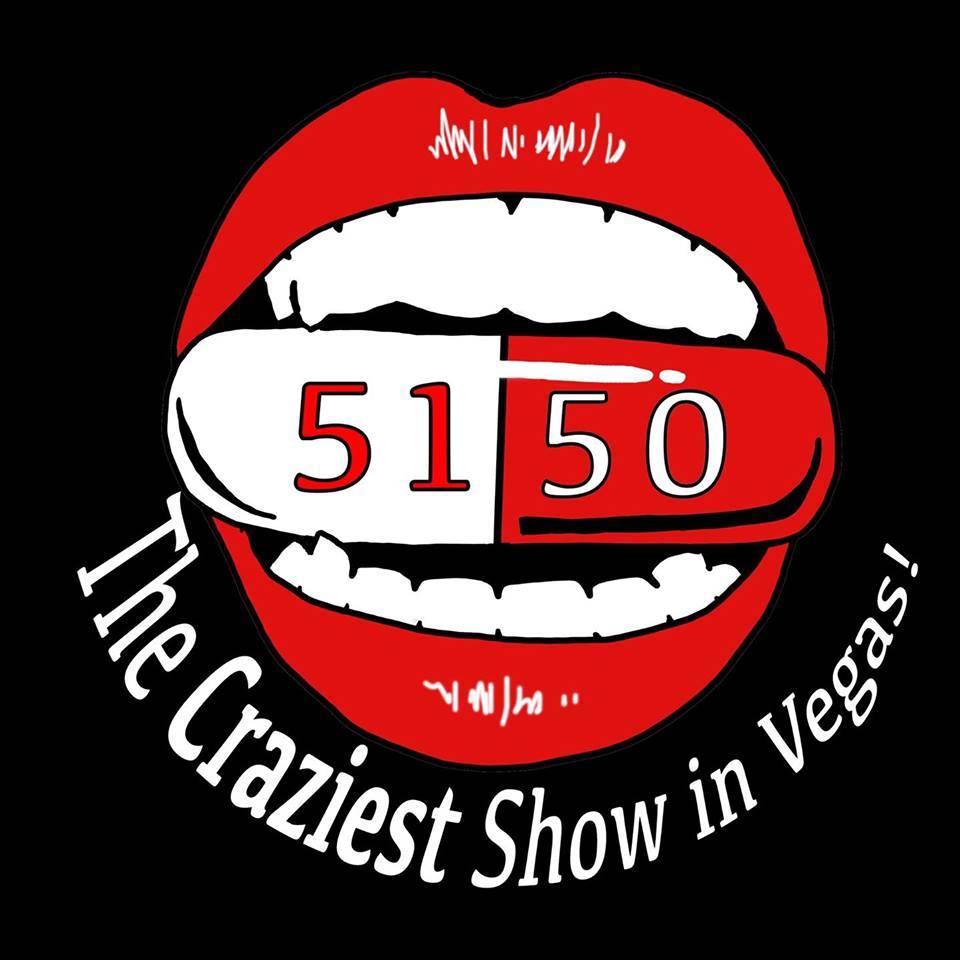 The logo for "5150," the new stage show at Blondie's at Miracle Mile Shops at Planet Hollywood. (Joe Trammel) 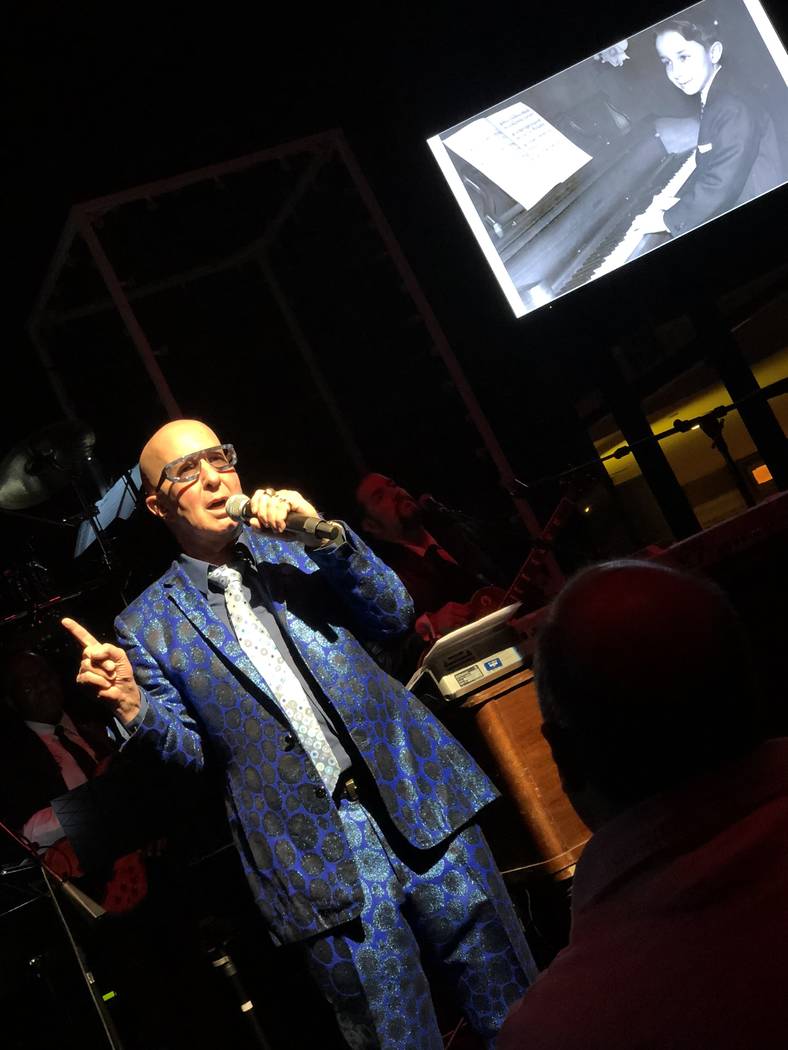 The KATS! Bureau at this writing is at The Perch high atop the ice at T-Mobile Arena, where the Golden Knights beat the New York Rangers.

Tonight marked the Rangers’ first trip to T-Mobile, and the arena was dotted with blue jerseys. One longtime Rangers follower asked, “Is the atmosphere always like this? The arena is filled before the puck drops!”

Yep. Maybe because the Golden Knights’ pregame entertainment is tops in the NHL.

The popularity of NHL legend Mark Messier remains a fascination, incidentally. “The Messiah” retired in 2004, and spent the balance of his career with the Edmonton Oilers, but scores of Rangers’ fans still wear his famous No. 11.

Elsewhere, column friend Mark Shunock continues to excel in his role as on-ice emcee. Look for Shunock, whom we met as Lonny in “Rock of Ages” and who went on to develop The Space entertainment compound in Las Vegas, to play a prominent role int the NHL All-Star Game in Tampa, Fla. on Jan. 28.

Shunock happens to be a former youth league goalie from his days in Sault Ste. Marie, Ontario, Canada. Magic Mark’s involvement in the all-star spectacle will be spelled out in the coming days.

More from “The Fortress.”

Monday marks the 83rd anniversary of the birth of Elvis Presley. It’s a moment to note that the Presley brand has tempered over the past several years, a periodic point of conversation around VegasVille.

The only full Elvis tribute show on the Strip is “All Shook Up,” the David Saxe Productions vehicle performed 6 p.m. daily at V Theater at Miracle Mile Shops at Planet Hollywood. Downtown, my buddy Steve Connolly still headlines in “Spirit of the King” daily at Four Queens, and Pete “Big Elvis” Vallee continues to fill The Piano Bar at Harrah’s with his twice-daily, no-cover performances.

But otherwise, Presley’s appearl in Las Vegas has been ebbing for years. Elvis devotees are still stinging over the ill-fated Cirque du Soleil production “Viva Elvis!” at Aria, which shut down in August 2012 after a 2 ½-year run.

“The Elvis Experience” ran from April to May 2015 at Westgate Las Vegas, while the 28,000-square-foot “Graceland Presents: Elvis the Exhibition” was similarly short-lived, running from April 2015 to February 2016. As a legal dispute between Elvis Presley Enterprises and Westgate lingers, the hotel continues to hold memorabilia displayed at the exhibition.

These rare items include the caped American Eagle getup Elvis wore onstage at the Las Vegas Hilton in 1972,; the tunic he wore on an opening night in July 1969; a telegram he sent to Barbra Streisand on opening night at the International; the jumpsuit he wore in the film “Viva Las Vegas;” and all of the original Sun records Presley recorded with Sam Phillips.

Eight years ago, I wrote a piece about Presley’s life and legacy, interviewing many of those in his inner circle in his days in Las Vegas. A stretch that stuck was from my old friend, the late PR guru and celeb journalist Frank Lieberman, one of the very few reporters who interviewed Elvis during his days in Las Vegas.

“Nobody had the aura of Elvis. He had a certain charm, a look,” Lieberman said. “You go back to the 1968 comeback special — the black leather that he wore. The baby face, the black hair. He was naïve, there was a warmth. … I don’t know. I don’t think anybody knows, ‘Why Elvis?’ Maybe it’s this: It was his humanity. He’s saying, ‘For the amount of time I am onstage, I am with you.’”

Frank died a little more than a year after we talked of Elvis. The last time I saw him he was wearing his TCB — Taking Care of Business — necklace that The King gave him as a gift as Presley made his mark on this city.

Paul Shaffer and the Shaf-Shifters closed their nine-show run at Cleopatra’s Barge at Caesars Palace on Saturday night. Penn Jillette hit the stage to help Shaffer open the show, and the two chatted about the days of old Vegas when Penn & Teller performed at Bally’s Celebrity Room in the early 1990s.

P&T celebrated their 17th anniversary at the Rio last week, marking the longest unbroken run for production shows in the city. Only comic magician Mac King, headlining at Harrah’s, has performed onstage in the same theater longer then P&T. Frank Marino has fronted a pair of shows in different hotels, “Evening at La Cage” at the Riv, and “Divas Las Vegas” at the Linq, for nearly 32 years.

Shaffer once again recalled the days when legends such as Louis Prima and Keely Smith, and The Witnesses with Sam Butera dominated the city’s lounge scene. Shaffer is right to reminisce about the power of those shows.

But something to remember about the kick-ass performances Shaffer brought to Caesars: His was not a traditional lounge show. It was a ticketed show, and an expensive one, in a retro-fitted showroom.

Shaffer’s return depends on how the hotel manages to square the numbers on a show that didn’t actually make money. The $50-to-$165 ticket prices were too steep for most tourists who would have loved the performances. Shaffer is not cheap, nor was his top-flight band of VegasVille greats led by David Perrico. The set (including a pair of giant go-go dancing cages), and staffing, too, required ample resources.

I do hope Shaffer returns, and so does he, but tickets will likely need to be offered at discounts (such as pairing the show with a trip to Bacchanal Buffet) and some of those expenses will need to be whittled. In the days of Prima and Smith, the hotel just gave away the show and paid the stars with gaming profits.

Friends, those days are gone, long gone, like the Casbar Lounge.

Talk about an order to go. The stage show “5150” opened at Blondie’s at Miracle Mile Shops at Planet Hollywood on Dec. 7.

One and done for the comedy show at the sports bar. Producer and star Joe Trammel said he was not permitted to stage a residency production across from V Theater. The scope of the production was evidently unexpected by restaurant officials.

Trammel, a zany comic performer who was featured in “Splash” and “Crazy Girls” at the Riv, is now shopping a show he describes as “‘One Flew Over the Cuckoo’s Nest’” meets “Rocky Horror Picture Show.” Based on an insane asylum, the outcome of “5150” was insane, indeed.

Officials at Cocktail Lounge, the newly named nightspot at Caesars Palace, were given scant chance to prepare for the closing of Fizz in that spot just next to the Colosseum. Only five days for Fizz to load out in time for the club to be open by New Year’s Eve. The short window is why it’s called Cocktail Lounge, and not something more adventurous. Like, maybe, Caesars Lounge. It’s a place-holding title until a new operator with a new concept moves in.

I’m feeling an out-of-market operator will be enlisted for something groovy for the former Fizz, a chic club operated by David Furnish, best-known as Elton John’s husband, in a partnership with the hotel.