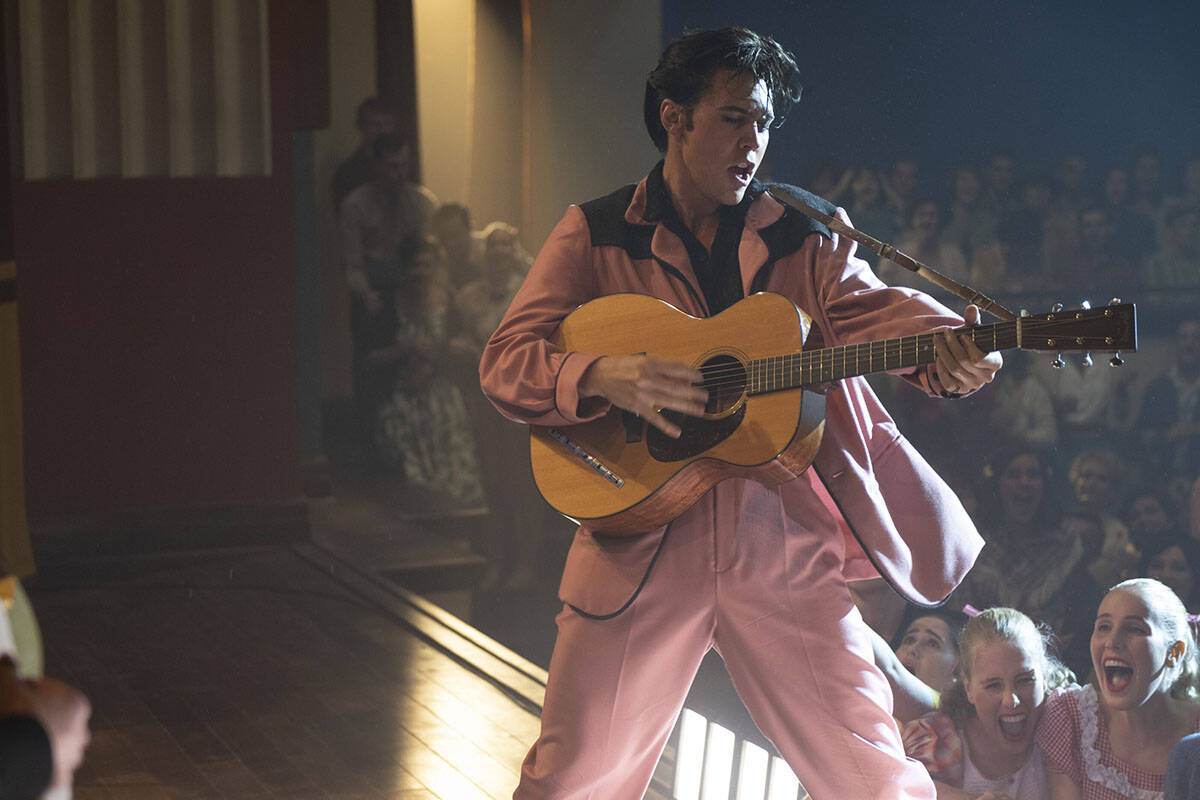 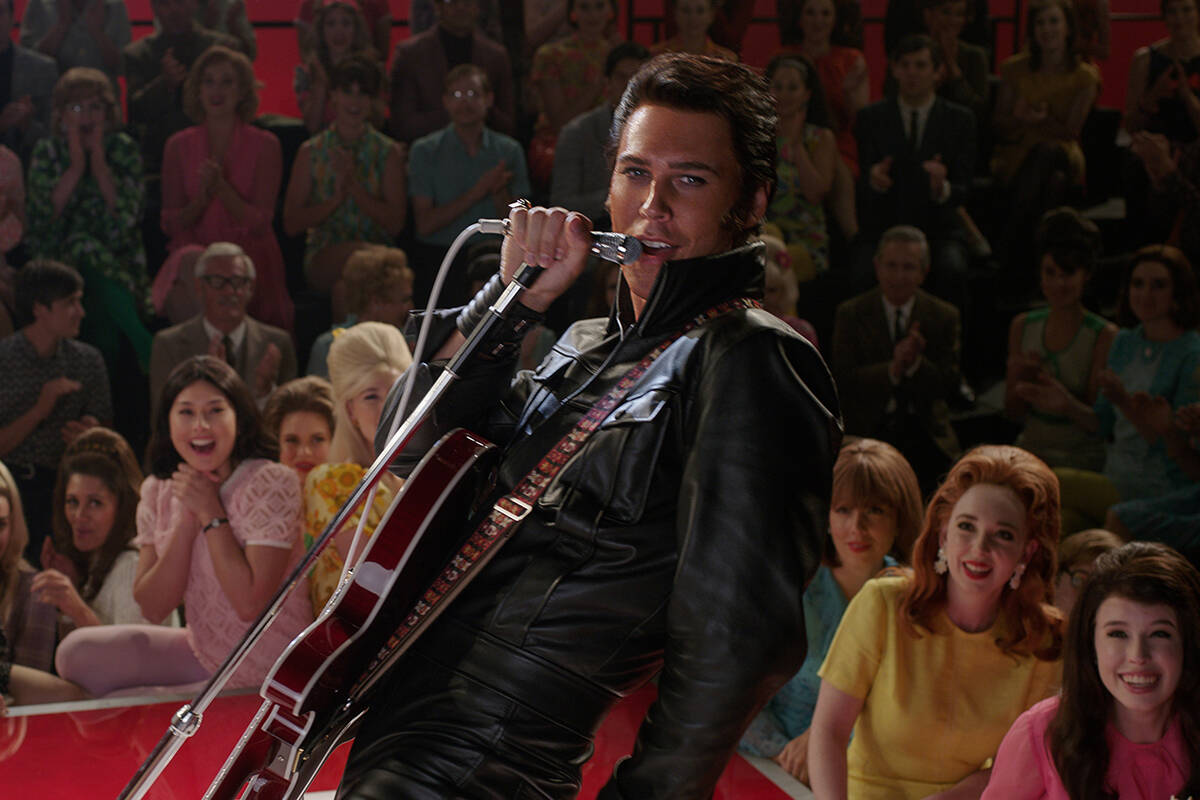 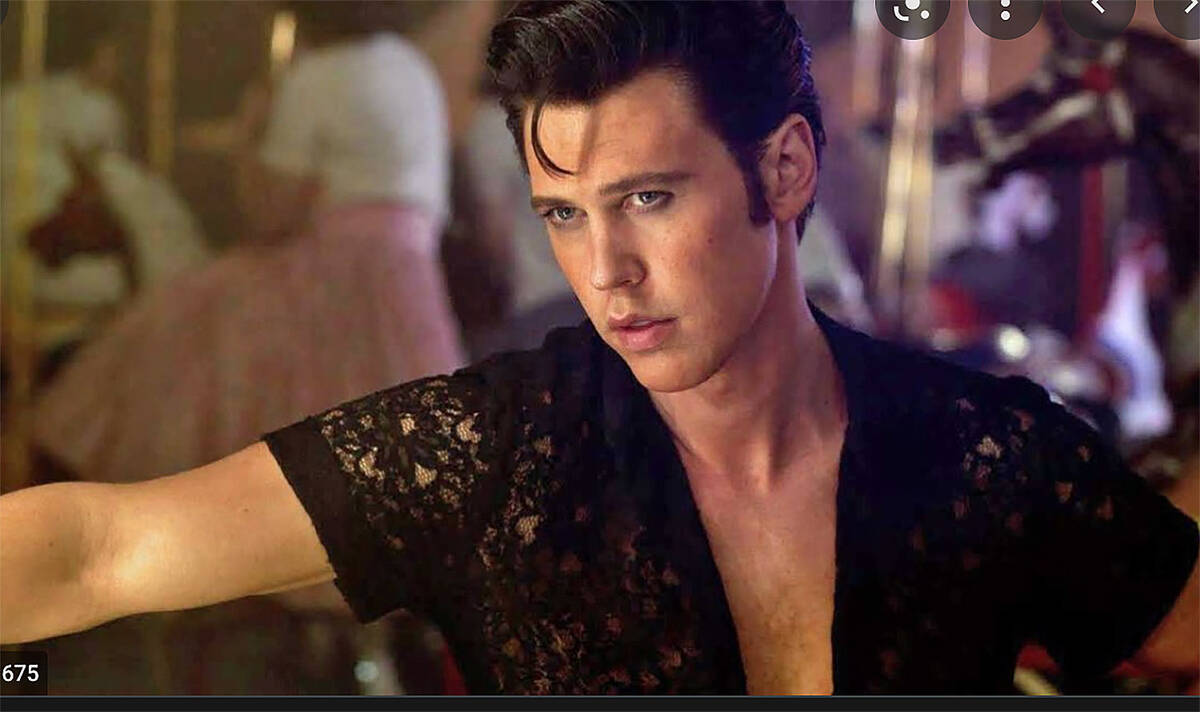 Baz Luhrmann had to make more than a movie with “Elvis.” He had to make history. He had to explain in historical context why Elvis Presley became a cultural icon.

Lurhmann achieved that, from the jump. Or swivel. Austin Butler’s early performance scenes show how uniquely powerful was an Elvis performance. Then we see and feel the electricity running through the Louisiana Hayride of 1954.

So wildly different from his dullard co-stars, Elvis is shown shouting, shimming, forever changing the trajectory of music, as well as race relations. The message is clear that the white kid from Tupelo was delivering R&B music as no one before.

Those performances are why we stay with “Elvis,” the movie, and why we came to appreciate Elvis, the superstar. I caught the movie with several Elvis chapel owners at AMC Town Square on Tuesday night. They were guests of the Elvis licensing company Authentic Brands Group, which is working to partner with some 14 chapels to authorize the King’s name and likeness.

We hope the movie causes business to spike for the Elvis chapels. These mom-and-pop businesses have been run through the spin cycle over the past month.

“Elvis” is, similar to its subject, an uneven experience. At times, I was reminded of how Cirque struggled with the Presley biography in the “Viva Elvis” production at Aria. It is a challenge to deliver a stylish, yet honest, depiction of Elvis’ life in a theatrical performance. He was a compelling person, a groundbreaking artist, but also a tragic figure at the end of his life. Millions of theatergoers likely don’t know his story. Even with some of its factual shortcomings, “Elvis” is the educational vehicle for that crowd.

Some of the film’s hits and misses:

— Butler’s performance. I was left shaking my head at several scenes. The way he wiggled his left pinky during the Hayride shows, lest risk causing a riot, was beautiful. His entire performance of the ‘68 comeback special was spot-on. “Heartbreak Hotel” might have been Elvis himself. “If I Can Dream” brought chills. Quieter moments, as when he worked with his band and singers at the International, nodding to the beat, brought you onstage. Out of character, Butler looks so much like Justin Bieber, but for these 2½ hours, he’s Elvis all the way. He deserves every accolade.

— The music. The musical overlay includes several songs sung originally by Presley and also Butler, including “Suspicious Minds,” “Trouble” and “Hound Dog.” Many classics are remixed on the soundtrack, among them, “I Got A Feelin’ In My Body” and “Don’t Fly Away.” Contemporary stars Eminem and CeeLo Green were tapped for “The King and I.” Doja Cat’s “Vegas,” Stevie Nicks and Chris Isaak’s “Cotton Candy Land” and a remix of Elvis’ “Power of My Love” featuring Jack White are among many highlights. Nashville producer Dave Cobb headed up the effort to re-create Presley’s classics. Excellent work.

— Olivia DeJonge as Priscilla Presley. Two scenes stand out. Elvis and Priscilla close-talking in her bedroom while Presley was in the military. We feel as if we are chaperoning this date. Priscilla coyly asks her future husband about movie stars he’s been hanging with such as Natalie Wood. And late in the film, after their divorce and seated in the back of a limo, Priscilla tells Elvis he could seek treatment at a place in Beverly Hills. “It’s all set up,” she says. His pushback on this offer is painful to watch.

— The closing scene. Don’t want to spoil it, but a vintage clip from Elvis’ last show in Indianapolis in June 1977 is played. I have a feeling Priscilla herself suggested this video, one of her favorites. Elvis’ voice didn’t fail him.

— Omissions/inaccuracies. There’s a long list of curious decisions, but Presley’s historic appearance on “The Ed Sullivan Show” is not revisited. Elvis’ wild performance was shown head to toe, and that was the reason he was shot waist up in subsequent TV appearances. Also, the International is shown as Presley’s host hotel in Vegas. True. But, of course, it turned over to the Las Vegas Hilton in 1971, two years into his run, a period covered in the movie. We don’t see the famous Las Vegas Hilton marquee with Elvis splashed across the front, but many shots of the International. Elvis is shown early commisserating with such R&B icons as B.B. King, but never with latter-day legends Frank Sinatra, Sammy Davis Jr., or Wayne Newton in Vegas (Priscilla has said some of her favorite memories of the Vegas days were backstage hangs wtih Presley’s contemporaries, especially Sammy). Also, some of Elvis’ most famous relationships — his meeting sidekick Joe Esposito while serving in West Germany, Ann-Margret in the “Viva Las Vegas” days, Linda and Sam Thompson near the end of his life — are not brought into the story.

— Tom Hanks’ accent. Sorry, couldn’t get past Hanks’ intonations. Couldn’t even quite place where these inflections were drawn from. As Priscilla said during her appearance at the South Point Showroom, Parker didn’t speak with an accent. “(Parker) didn’t have an accent. That was a personal choice. But you don’t even think it’s Tom Hanks, so he did a good job.” Hanks does capture Parker’s seemingly inexplicable sway over Presley. That dynamic led to the Elvis phenomenon, and is celebrated in captivating detail in “Elvis.”

Staying with The King, “All Shook Up,” the only ticketed all-Elvis show in Vegas, plays 6 p.m. daily at Alexis Park’s Pegasus Showroom. Travis Allen and Harry Shahoian alternate as Elvis. Bangin’ show. Go to alexispark.com/entertainment for the specs.