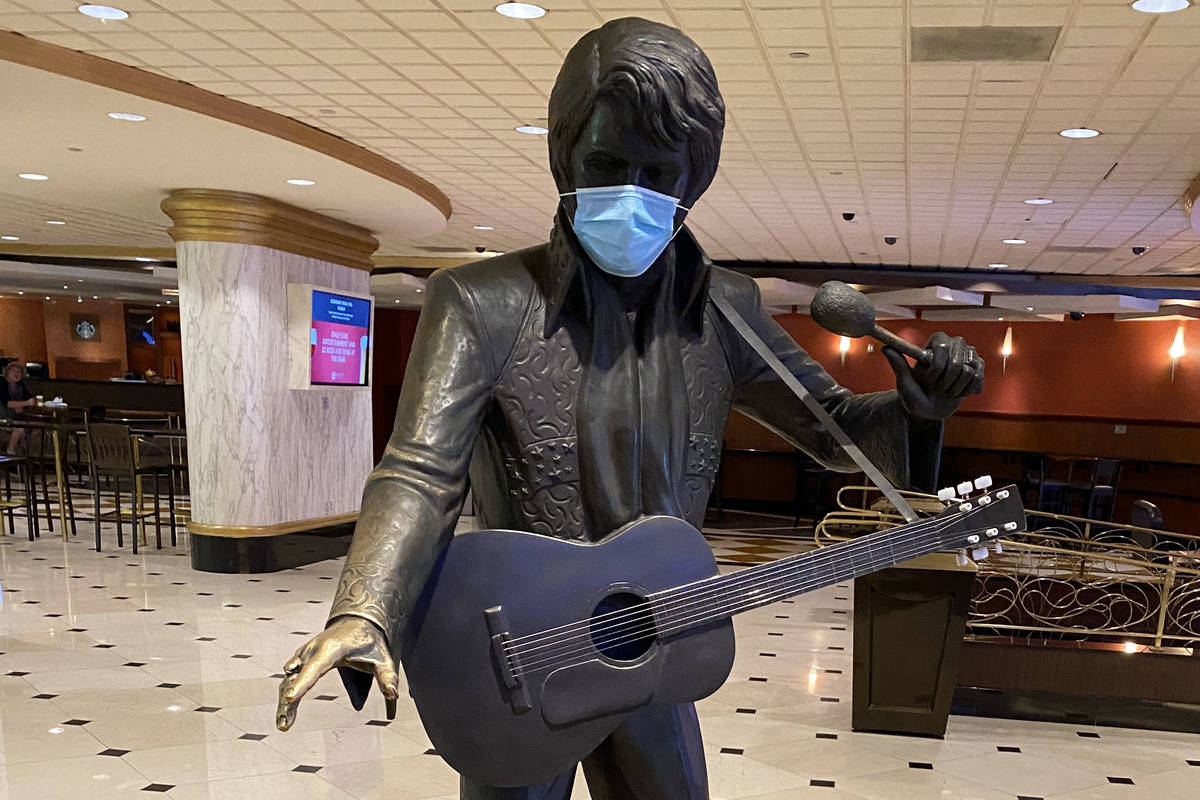 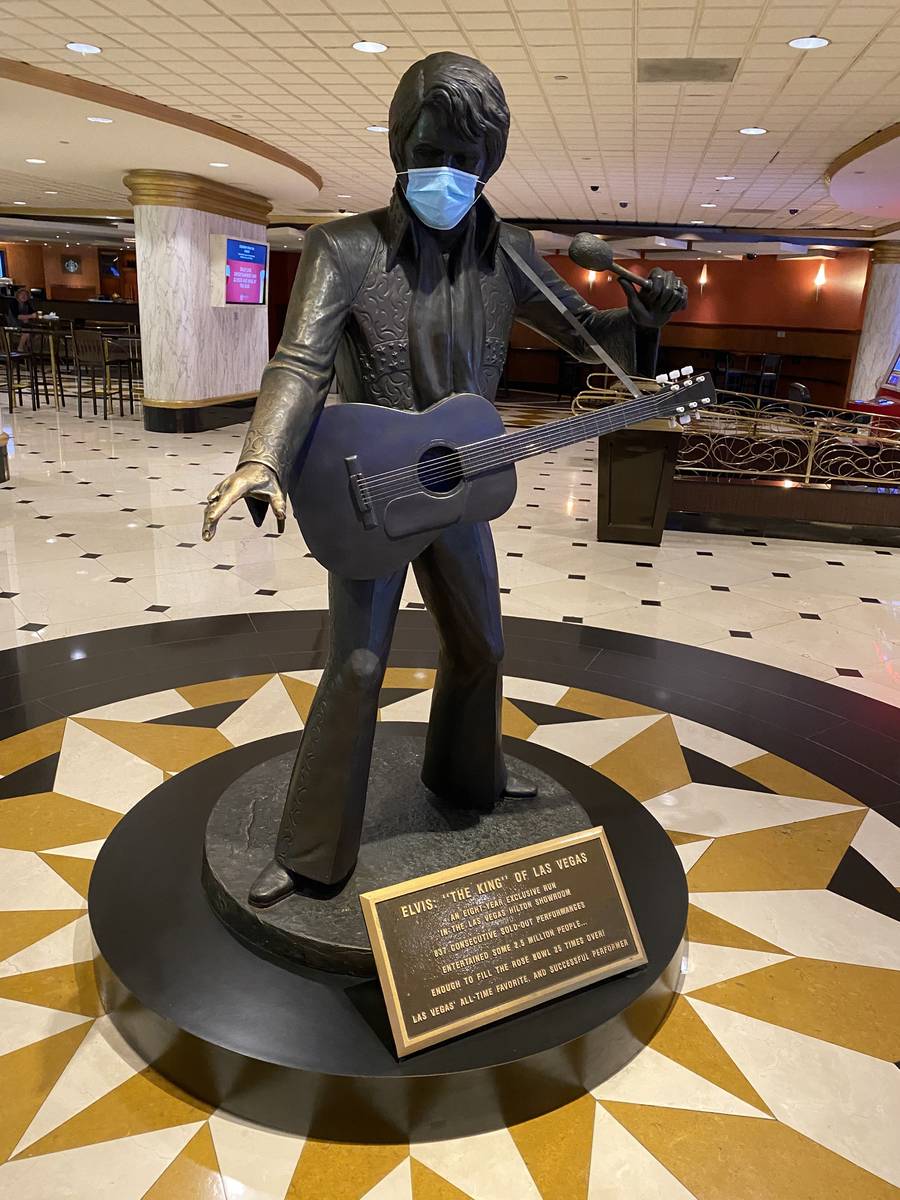 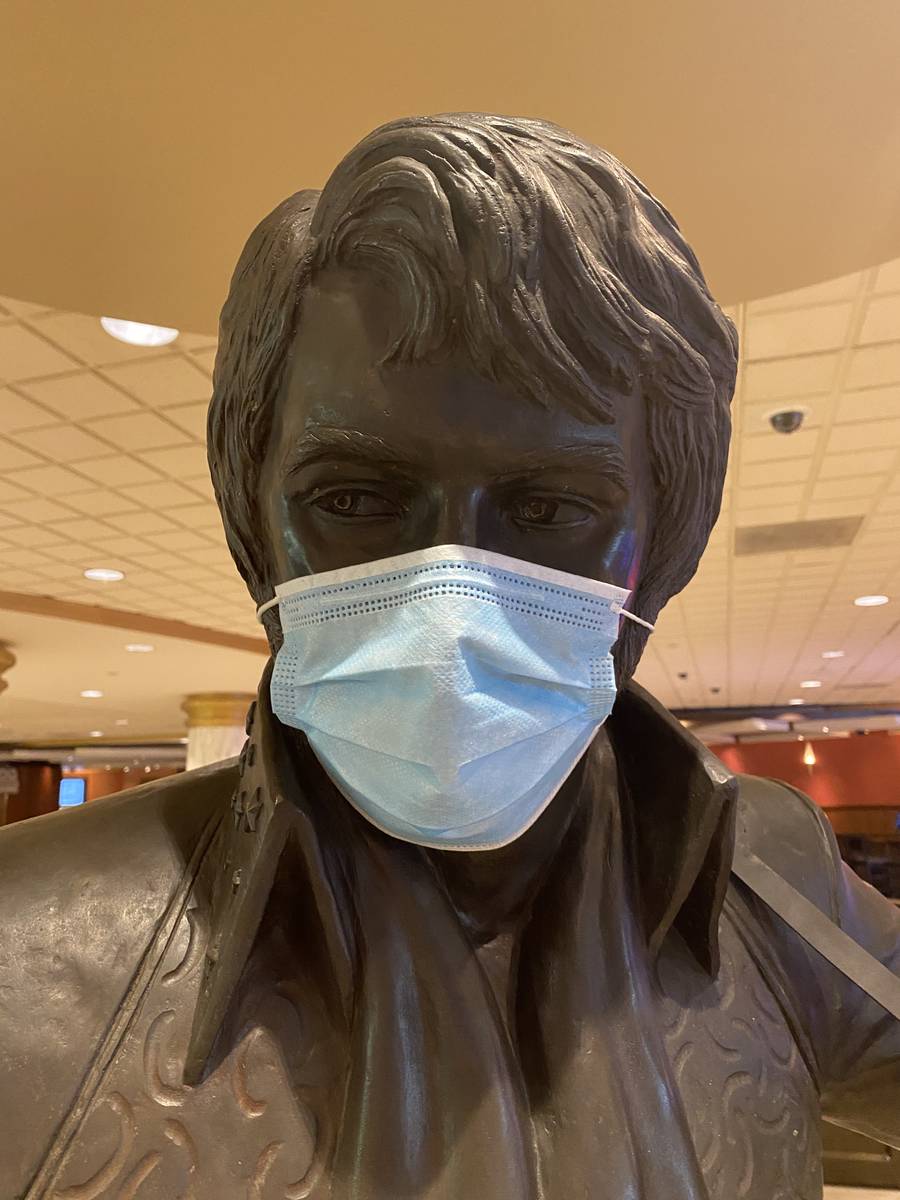 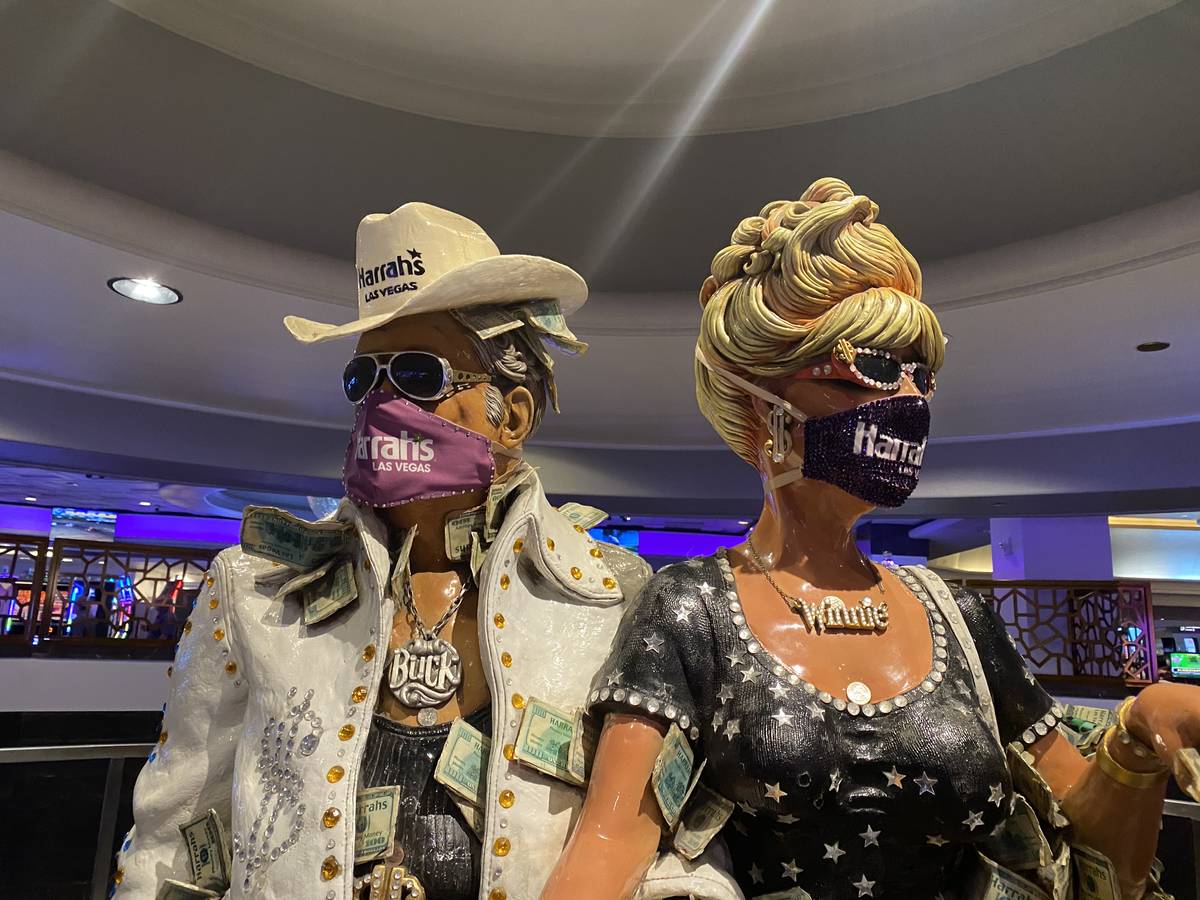 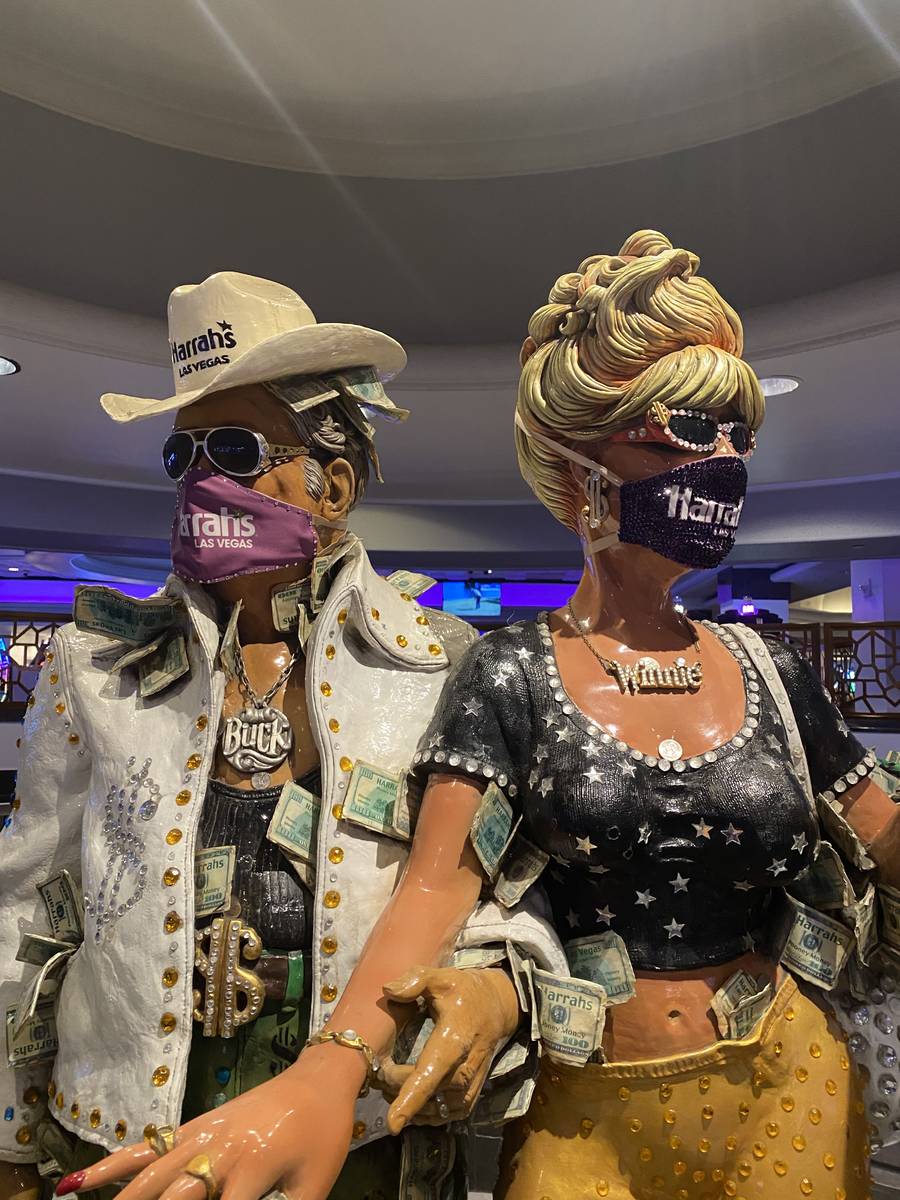 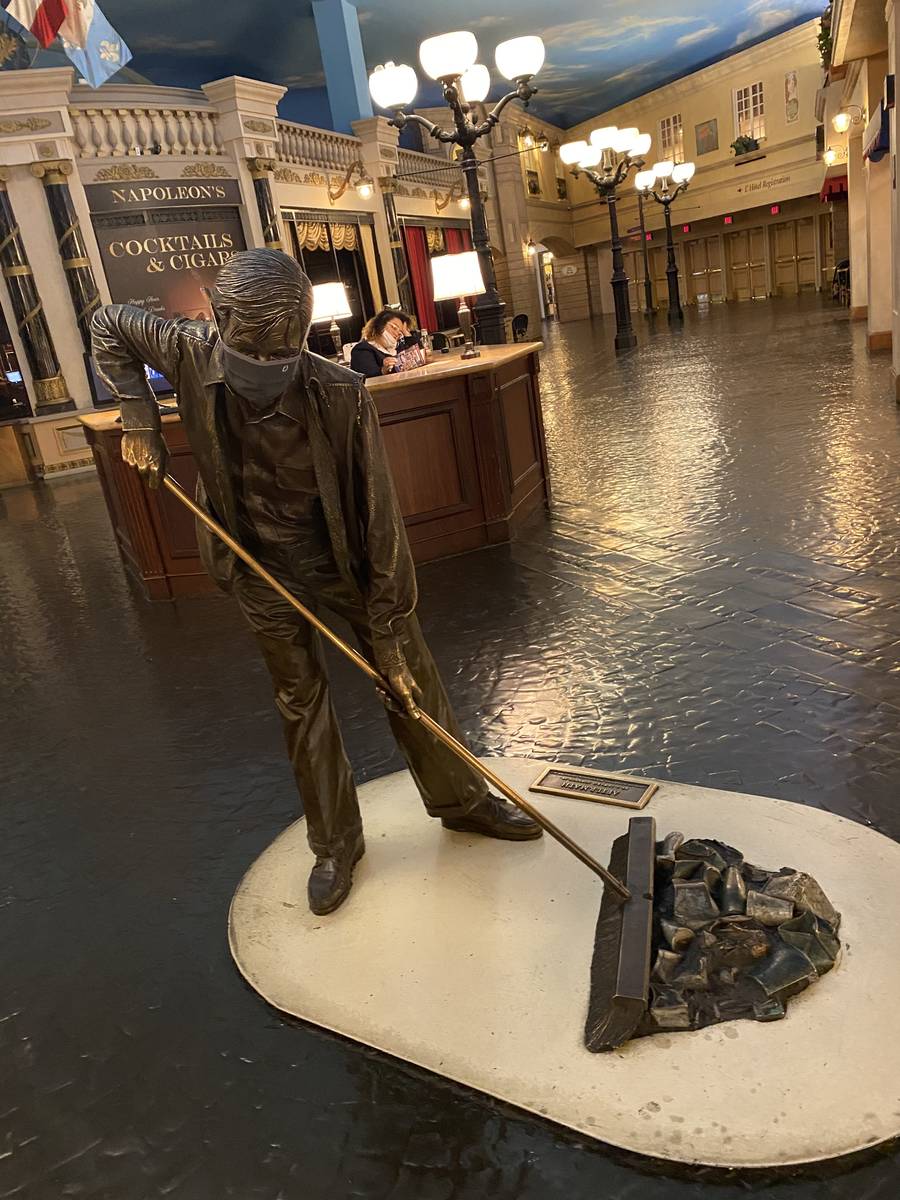 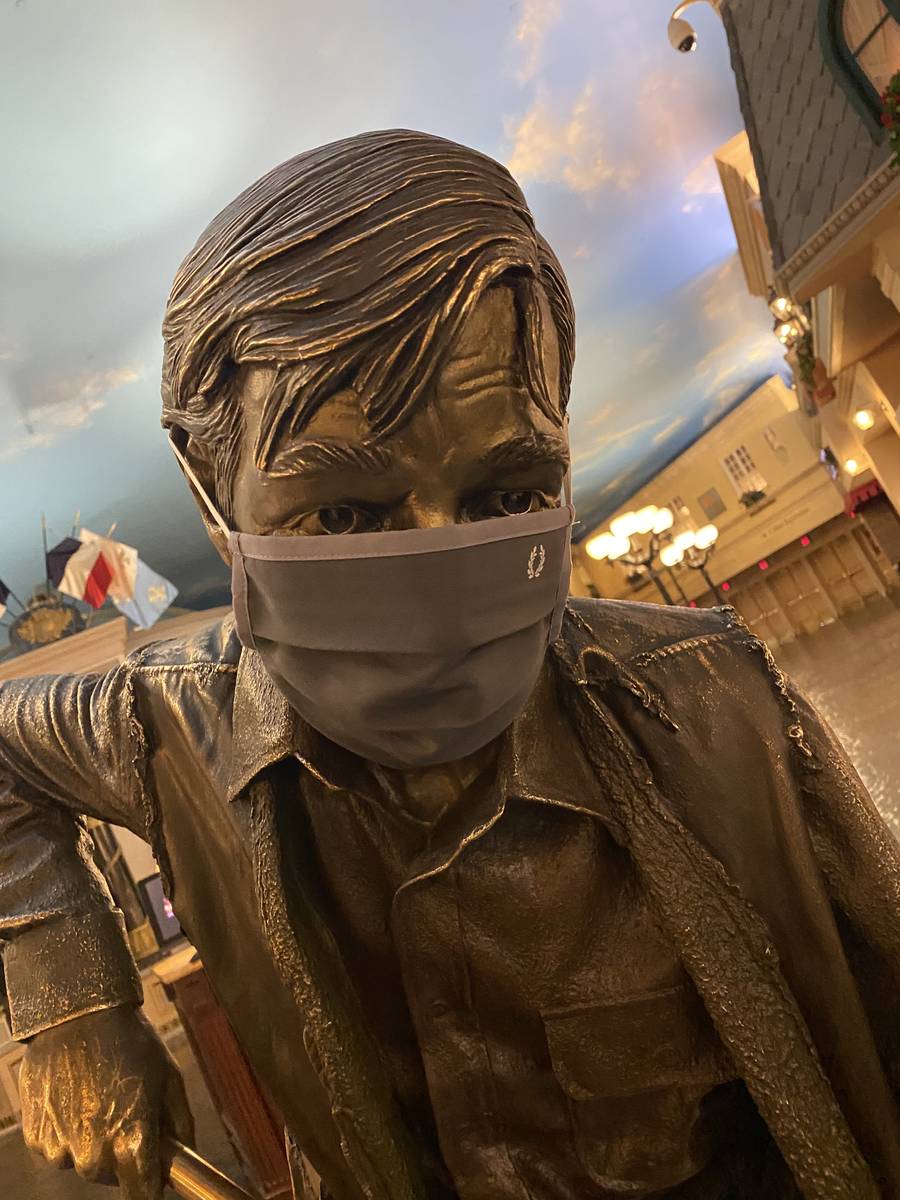 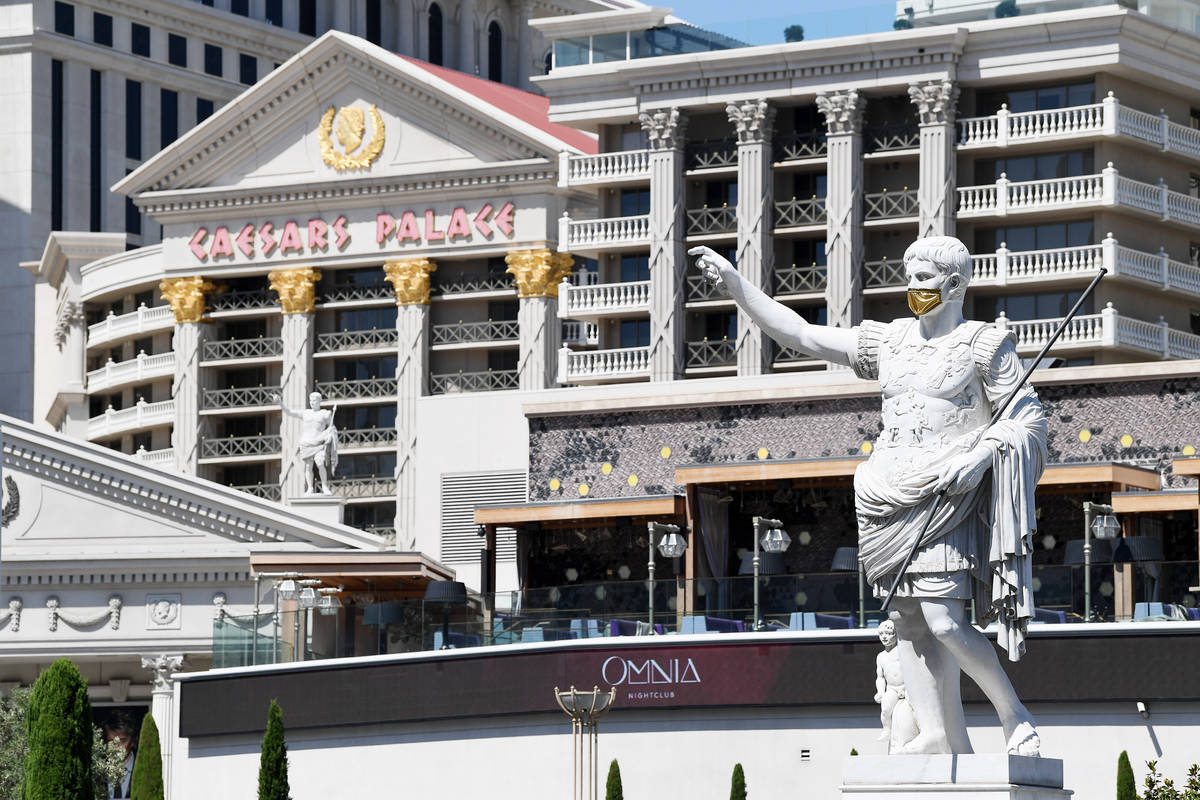 I have but one word for people who don’t want to wear face masks in public: Yondr.

That’s the company that manufactures the soft pouches for cell phones at shows across the country, including some select Las Vegas performances. Four times in this city I have been inconvenienced by having my phone locked in one of these foam-like cozies. Dave Chappelle, Amy Schumer, Bruno Mars and Chris Rock all required phones to be “pouched.” A show I missed, Jack White at Brooklyn Bowl, also pouched the phones.

The point: If I can live without a phone through an entire Las Vegas Strip performance, wearing a mask in public as a health precaution is a snap.

I am sensing Las Vegas visitors and locals are understanding the importance of wearing protective face covers inside resorts. This is merely anecdotal, of course. I am not into, how you say, “stats.” But in my return to rambling around the city I have seen more folks in masks than in the first few days of the city’s reopening.

Whether it’s enough is unlikely, though, and I think we’re fast heading to mandatory masking in public across the state. But it’s a start, as I observed Thursday in a pre-COVID-style sprint of four Strip hotel-casinos.

Also, impressively, a few well-known Vegas figures in town are masked up, 24/7. They are statuesque ambassadors at Westgate Las Vegas, Harrah’s and Paris/Bally’s. Recently I actually listed a few statues that needed to be masked, and in wag-the-dog fashion, they are now fashionably masked:

— At Westgate, the famous bronzed Elvis statue near the registration table wears a blue mask. But I understand Las Vegas Raiders owner Mark Davis wants to swap it out for silver-and-black model. But hotel owner David Siegel is a Dolphins fan. No matter: The King is covered.

— At Harrah’s the iconic tourists Buck & Winnie, aka the Greenbacks, wear sequin-trimmed masks with the hotel’s logo.

— The sweeping man in the piece titled “The Aftermath” at Le Boulevard promenade, at the base of the Paris Las Vegas, wears a blue-paper mask.

— Caesar at the entrance of Caesars Palace, also in blue.

There are a few outliers, at this writing. Benny Binion (and his horse) at South Point, and Joe Louis at the Caesars Palace sports book are unmasked. But we get the message, which we share it through our sanitized, un-pouched phones.

If there’s a COVID-19 Shutdown Hall of Fame in Las Vegas, Travis Cloer is a charter member.

The former Frankie Valli in “Jersey Boys” in Las Vegas has performed solo, in a quartet and helped organize more than 275 former “Jersey Boys” cast members online. He managed a virtual duet in an existing video by Brian May of Queen.

Along with his family, Cloer has even performed in a driveway. Soon, he’s headlining in a drive-in.

Cloer is appearing with Christian Hoff, a former “Jersey Boys” castmate from his Broadway days, on July 6-8 at Ventura County Fairgrounds in California. About 350 cars will park around a four-LED setup as the guys sing from an elevated stage, their music carried on a dedicated FM station.

The guys are joined by Chris Lash, a wickedly talented musician and MD who headed up the “Baz” band at Palazzo Theater. Lash is also a veteran of many performances at The Composers Showcase of Las Vegas. Cloer calls the operation “lean and mean,” and it could lead to yet another ongoing live-performance outlet.

To sharpen the explanation of how Hard Rock Hotel International once more owns its rock memorabilia collection:

In 2018, when JC Hospitality purchased Hard Rock Hotel Las Vegas from Brookfield Asset Management, the purchase included all of the hotel’s memorabilia collection. Reps from Virgin Hotels Las Vegas, including Sir Richard Branson, had said they planned to hold and display those items.

Look for those items to return to the Strip at some point, as Hard Rock Hotel has cleared the way to open an HRH-branded hotel in Las Vegas.

The supper club Rose. Rabbit. Lie at the Cosmopolitan is returning to its dinner/entertainment program next week beginning Thursday night. Details forthcoming, but I understand we’ll not enjoy up-close serenades from Skye Dee Miles until we’re clear of the social-distancing directives. But Skye and the band can still rock it, from afar …

Hearing around the scene that Wet Republic at MGM Grand is set for a return July 2. Not the full-scale club, but pieces of the experience.

Wet Republic opened in 2008, and remains one of the premiere dayclubs in the city.

The pool fortress had just announced extensive renovations on March 6, dubbed Wet Republic Day by the Clark County Commission, less than two weeks before the COVID shutdown. Ownership company Hakassan Group then laid off 1,600 employees. A small percentage are now being brought back.