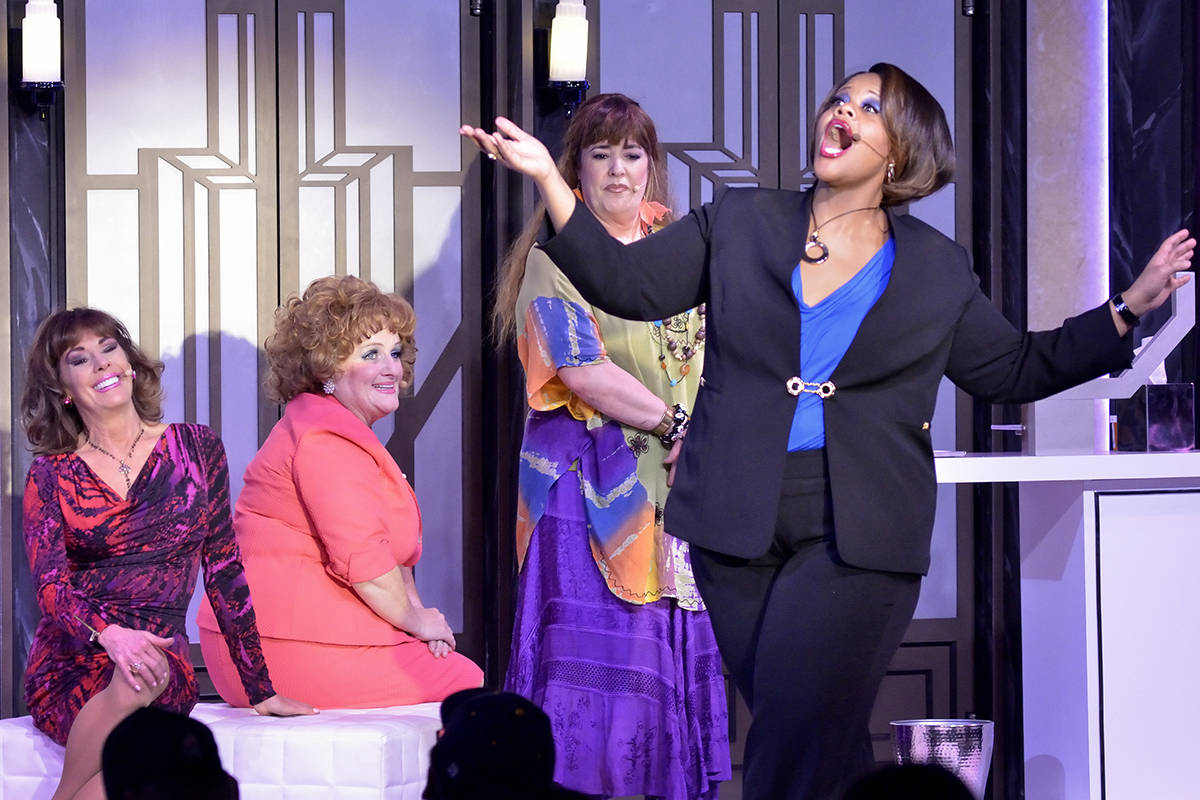 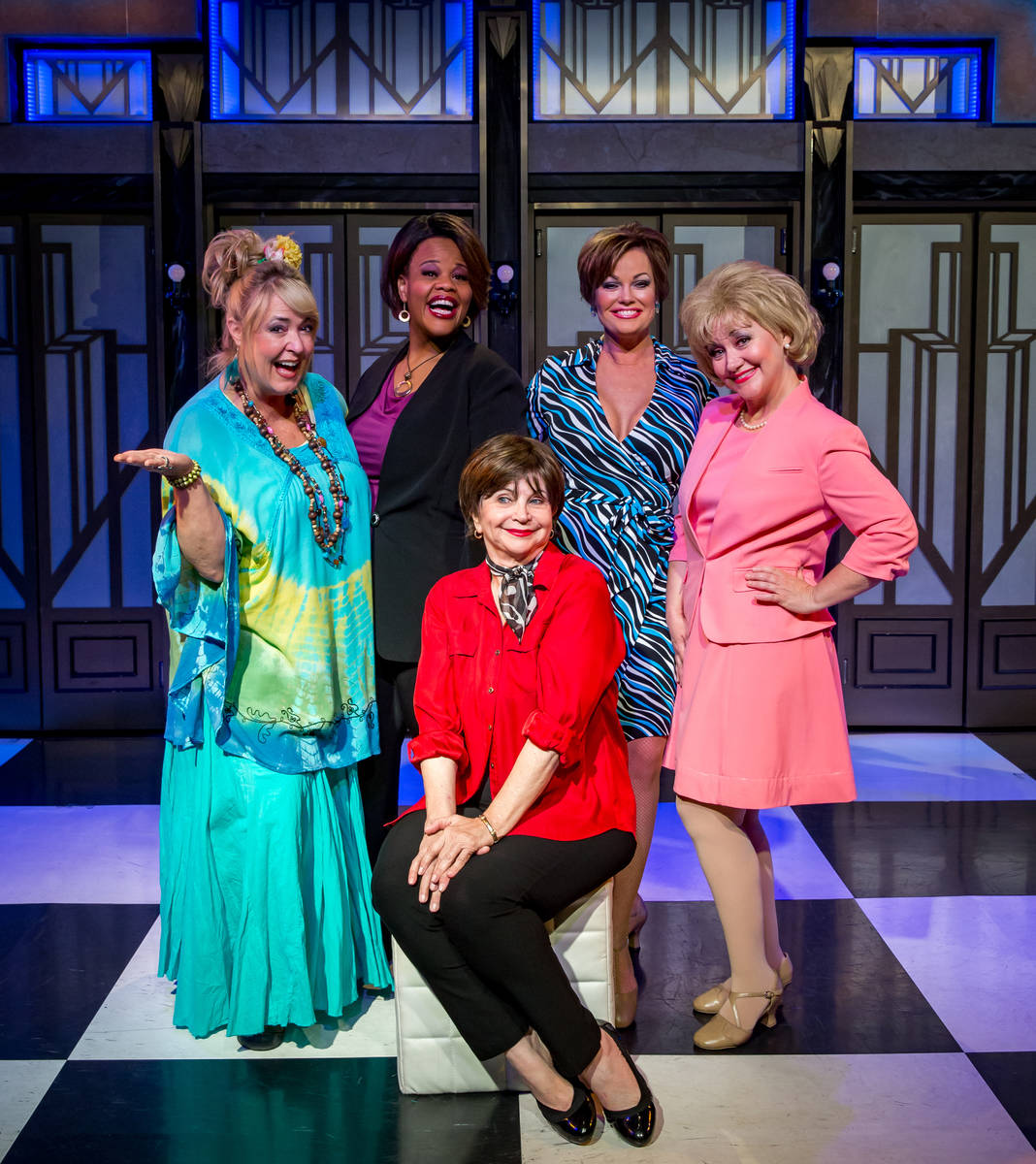 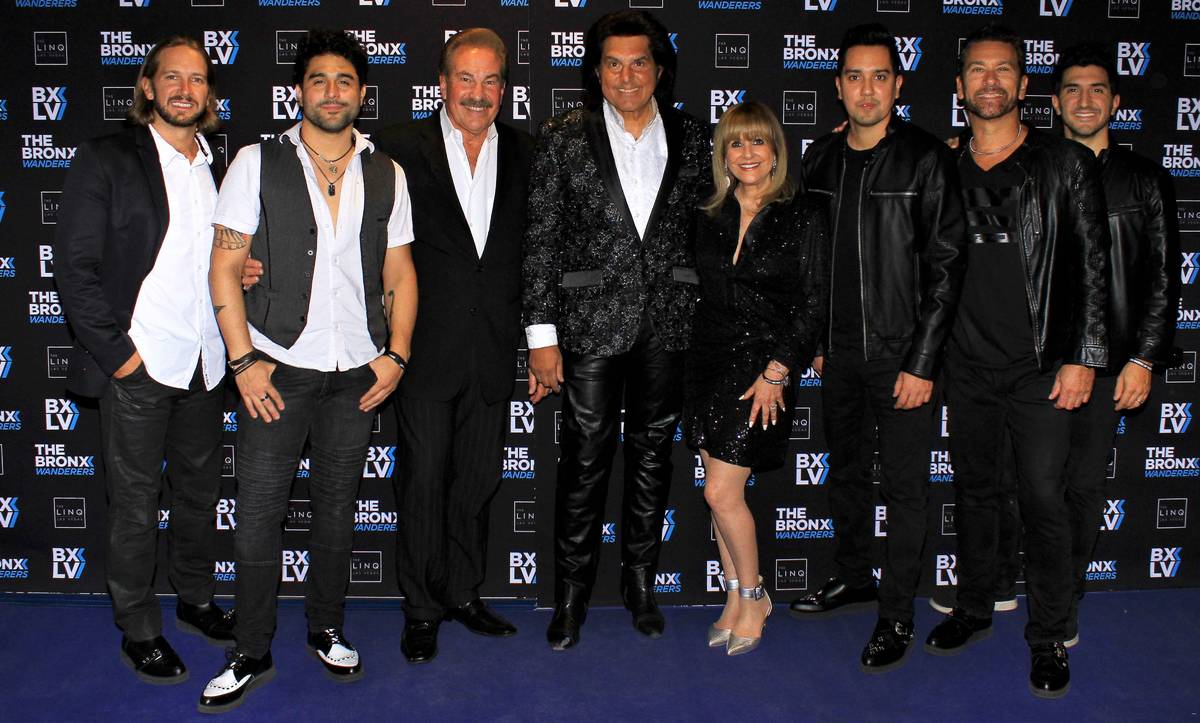 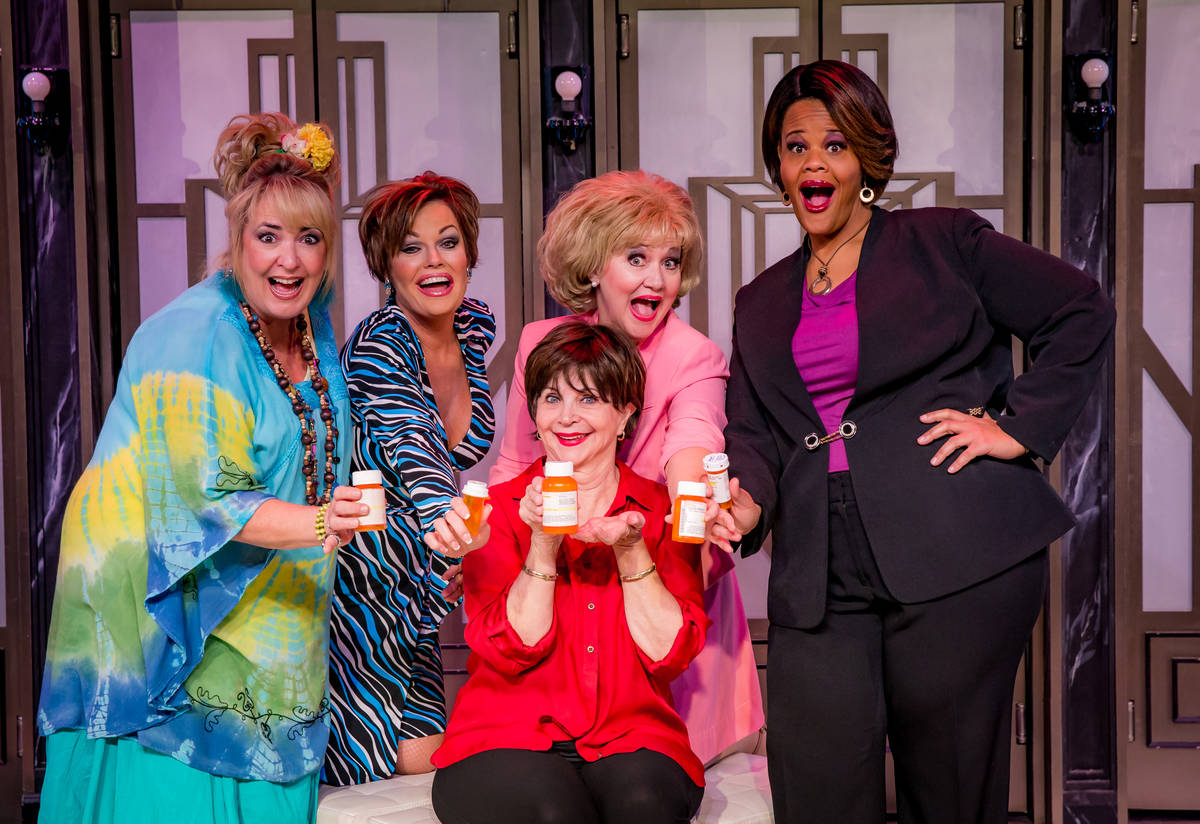 Cindy Williams, in red, and the cast of "Menopause the Musical" at Harrah's in Las Vegas. (Erik Kabik)

The musical that jokes so effectively about hot flashes has been cold for seven months. But the show’s producers are wondering if going through “the change” during a pandemic is worth the effort.

We’re talking of “Menopause The Musical” at Harrah’s Cabaret and its producers, Alan and Kathi Glist of Glist Entertainment. The Glists also produce the Bronx Wanderers show at Harrah’s Showroom, and also brought mentalist Thomas John to Caesars’ Cleopatra’s Barge.

“Menopause” is the Glist’s senior production, in theme and in fact. Running for 16 years at three hotels, the silly satire is the longest-running musical ever in Las Vegas. Give credit to the masterful cast of Vita Corimbi-Drew, Jacquelyn Holland-Wright, Liz Hyde and Lisa Mack. Cindy Williams, famous from “Laverne and Shirley,” has also been cast as a guest star.

But even with the show’s success, the production has been something of an underdog. It relies on jocularity over fancy production, such as the lyrical shtick in its “Stayin’ Awake/Night Sweatin’” disco medley:

“Well you can tell by the way I slump my walk, I’m a tired a girl, no strength to talk.”

Corny, all the way to the bank. The show sells between 250-300 tickets per show over eight shows per week. Harrah’s Cabaret seats about 350, and moving the seats to follow safe and socially distance directives puts the accepted capacity at 175. Even at 150 tickets sold, the Glists can make that financial model work.

But the pandemic directives spread the available seats out to about 125. The likely ticket target would then move to about 100 per show.

“It’s interesting, we could reopen, but we might be looking at numbers we can’t live with,” Alan Glist said Friday. “It’s a real challenge to consider the market we are in right now.”

We’ve already outlined the 25-foot rule cutting off small showrooms, a provision of universal concern. The Glists have a proven production-show hit, and a popular family act with the Bronx boys. But they wonder if the shows can even sell to its limited capacity, especially mid-week, during the city’s gradual reopening.

“The entertainment customer is not here, except maybe on weekends,” Glist said. “The crowd we are getting right now is not an entertainment-money customer, the older people who fly in who want to see shows. I just don’t see them here right now, and the mid-week crowd is still pretty light.”

Glist Entertainment, along with execs at Harrah’s owner Caesars Entertainment, are poring over the “Nevada Guidance For Safe Gatherings” before attempting to set a reopening time line. Added to the considerations is “Menopause’s” position as an Actor’s Equity production, with a very stringent and meticulous protocol of its own for the show to return.

“What we might see, in Las Vegas, is the return of smaller shows before the headliners and Cirque can come back, which I think will be many months later,” Glist said. “It might be like the old Las Vegas, with smaller shows and lounge shows carrying live entertainment. But even with that, it might be two months before we know if we can reopen. That’s just the way it is.”

Daren Libonati headed up the staging of events at MGM Resorts International’s outdoor spaces from 2012 through May, when his position was eliminated in companywide layoffs. Libonati’s tenure included the 2017 Route 91 Harvest festival at Las Vegas Village. His 11-member team was among the first responders to rush to the aid of victims of the Oct. 1 shootings.

An avid bicyclist, Libonati embarked on a 58-mile bike ride with his son, Nick, around the Las Vegas Valley on Thursday. He had mapped the course before the two additional victims were included in the original list of 58.

During his seven-year tenure, Libonati built all of the outdoor festivals at MGM Resorts-owned parcels, including the 2015 “Rock in Rio” event at Las Vegas Festival Grounds.

“Route 91 had a special place for me, and this was a tribute to all the souls who perished that day,” Libonati, who has survived a battle with bladder cancer. “Along with (MGM Resorts executives) Bill Hornbuckle and Chris Baldizan, Route 91 was our baby. It meant everything to me.”