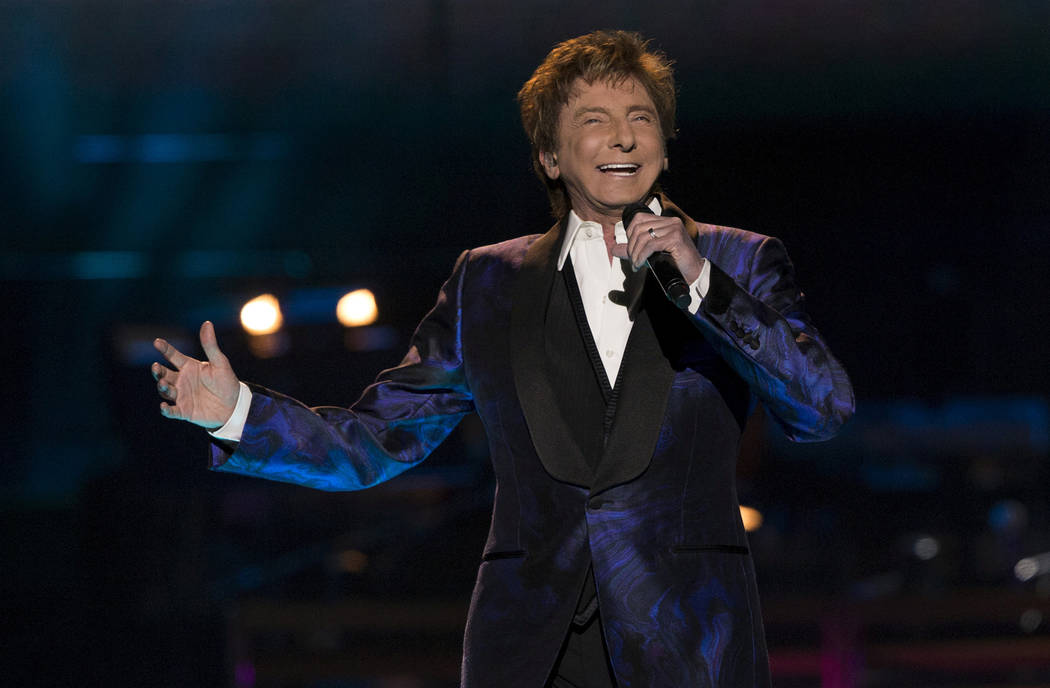 Barry Manilow performs during his "One Last Time! Tour" at Staples Center in Los Angeles on April 14, 2015. (Mario Anzuoni/File, Reuters) 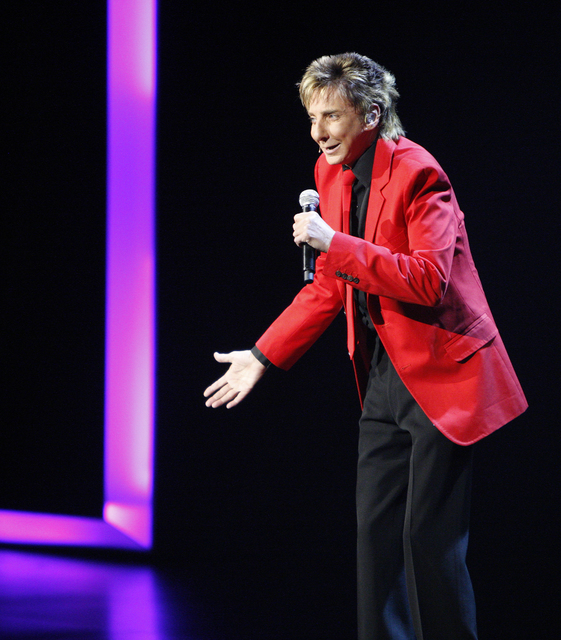 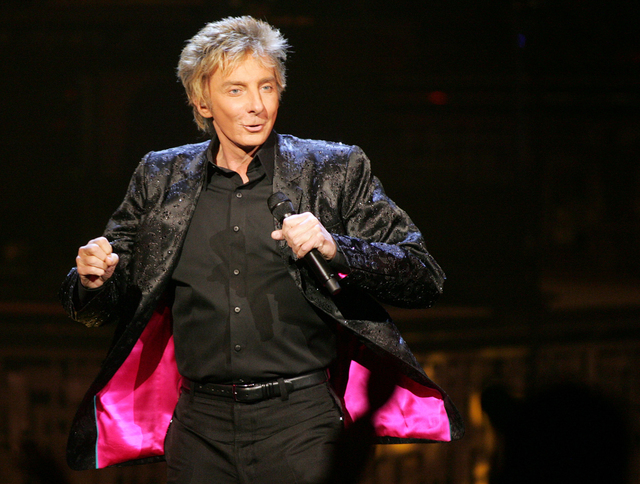 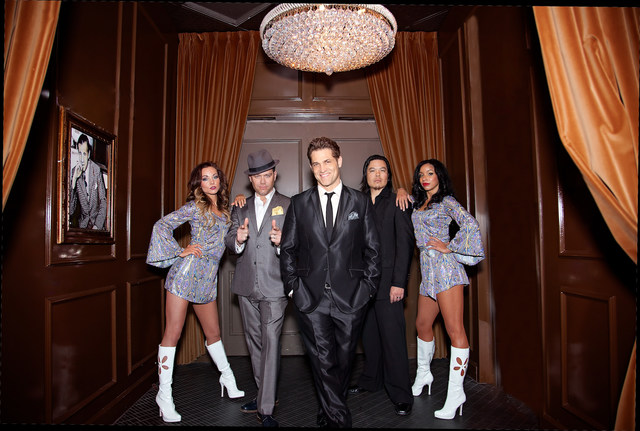 COURTESY Reckless in Vegas will perform Friday, May 13, at the Italian American Club.

It might be time to summon Lola (she was a showgirl) and Tony (he always tended bar) from Barry Manilow’s “Copacabana” saga.

Manilow is reportedly interested in returning to residency in Las Vegas in 2018, and has been investigating venues on and off the Strip. The superstar hit-maker previously headlined his “Ultimate Hits” production at the showroom at the old Las Vegas Hilton (now Westgate) from 2005-2010. He then moved to Paris Theater for two years, closing in December 2012 as “Jersey Boys” prepped to move into the venue.

Sources familiar with Manilow’s vision for Las Vegas say he is reviewing multiple options, foremost a return to the type of four- or five-night-per-week residency he performed at the Hilton and Paris Las Vegas. The Westgate, especially, is ripe for a superstar-driven production in its International Theater (Westgate officials attended Manilow’s Aug. 5 show at the Forum in Inglewood, California, for what that’s worth).

Manilow is also said to be interested in a major Strip theater “miniresidency,” or extended engagement, the sort Cher, Bruno Mars and Ricky Martin have performed at Park Theater and Celine Dion, Rod Stewart and Elton John have headlined at the Colosseum at Caesars Palace.

During Manilow’s run in Vegas, Bette Midler, for whom he served as pianist and music director early in his career, also headlined the Colosseum.

Manilow’s current tour closes Oct. 6 in Allentown, Pennsylvania. He hosts a series of holiday shows from Dec. 12-17 at McCallum Theatre in Palm Desert, California. His 2018 schedule is open, aside from four dates in October at London’s O2 Arena. Manilow has also kept his business ties to Vegas intact with a pair of shows at MGM National Harbor in Oxon Hill, Maryland, in July.

Manilow remains a vibrant performer at age 74 with legions of “Fanilows” filling theaters and arenas nationwide. His introduction to Las Vegas came as opening act for Helen Reddy at the old MGM in January 1976.

On the topic of Vegas headliners …

The incomparable Frank Marino signed a five-year contract extension to headline “Divas Las Vegas” at Linq Hotel’s Mat Franco Theater. Marino is the dean, and diva, of Las Vegas stage, having opened in “Evening at La Cage” in 1985 at age 19. “Divas” is performing 4 p.m. Fridays, Saturdays, Sundays and Mondays and 8 p.m. Wednesdays and Thursdays (dark Tuesday). By the end of this contract, he will have headlined on the Strip for 37 consecutive years.

A near-miss at Trop

A great summit that was called off at the last moment: Lady Gaga at Andrew Dice Clay’s show at the Laugh Factory at the Tropicana. Gaga & Co. had notified Clay’s camp she was heading to his 10 p.m. show Saturday night, but backed off as their scheduled flight was to leave Vegas at 11:30.

Michael Shapiro and his Reckless in Vegas rock trio are looking for a residency in town (the line forms at the left, fellas). They made a powerful case Saturday night with a roaring set at Myron’s Cabaret Jazz.

Shapiro rolled out rock versions of such long-ago Vegas staples as “Luck be a Lady Tonight,” “It’s Not Unusual” and “Mr. Bojangles.” The show was amped up by guest appearances from Jeff Leibow, raising money and awareness for his NF Hope Concert on Oct. 22 at Palazzo Theater, and from Kelly Clinton-Holmes.

Leibow sang a song from his “Jersey Boys” days, “Can’t Take My Eyes Off Of You” (though Leibow, as Nick Massi, never sang the song; the Frankie Valli character did). Clinton-Holmes soared through a mash of Nancy Sinatra’s “These Boots Were Made For Walking” and Led Zeppelin’s “Whole Lotta Love.”

From Vegas to Broadway

Joanna Jones, who displayed Broadway-caliber talent in the opening cast of “Baz: Star Crossed Love” at Palazzo Theater, has landed on the Great White Way. She has been cast in a little upstart musical called “Hamilton,” playing the dual roles of Peggy Schuyler and Maria Reynolds.

This leap to the top of Broadway musicals won’t surprise anyone who saw Jones perform as Daisy in “Baz.” Incredible talent, and a deserved outcome.