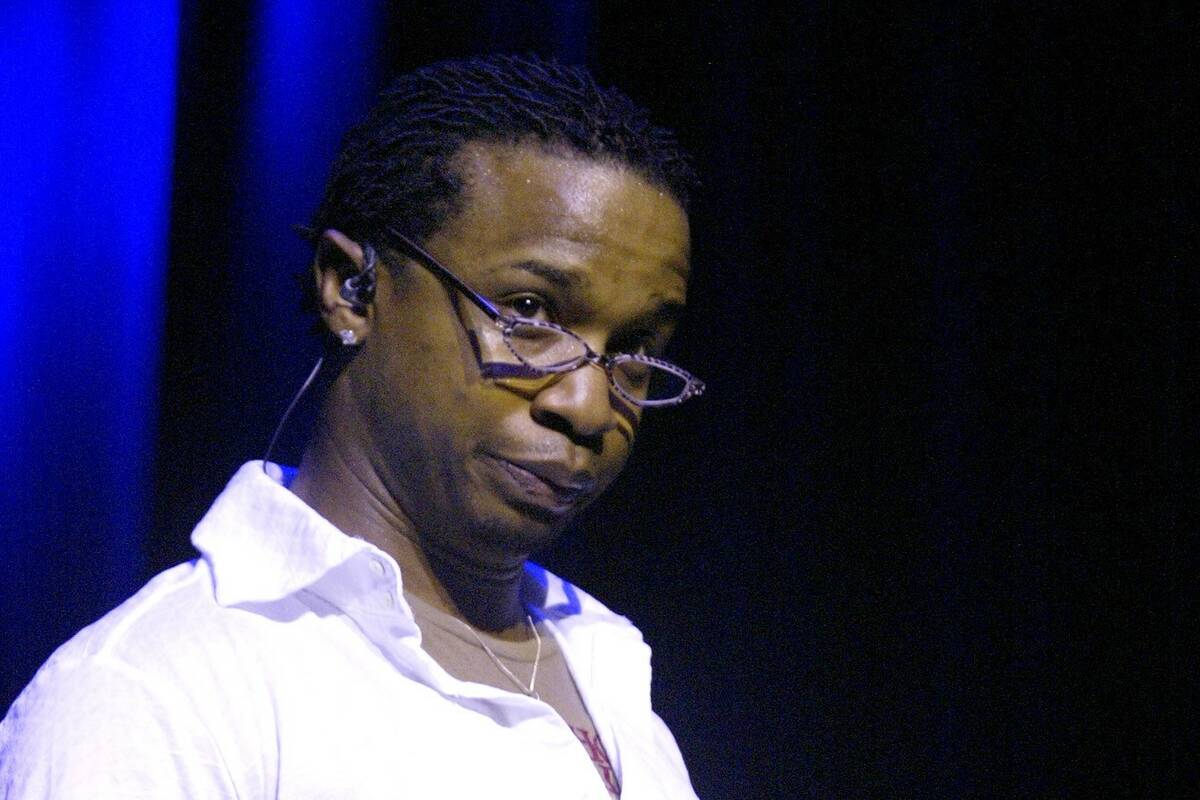 Delisco, the winner of the reality show "The Entertainer," performs at the Shimmer Lounge at the Las Vegas Hilton in September 2005. (Las Vegas Review-Journal) 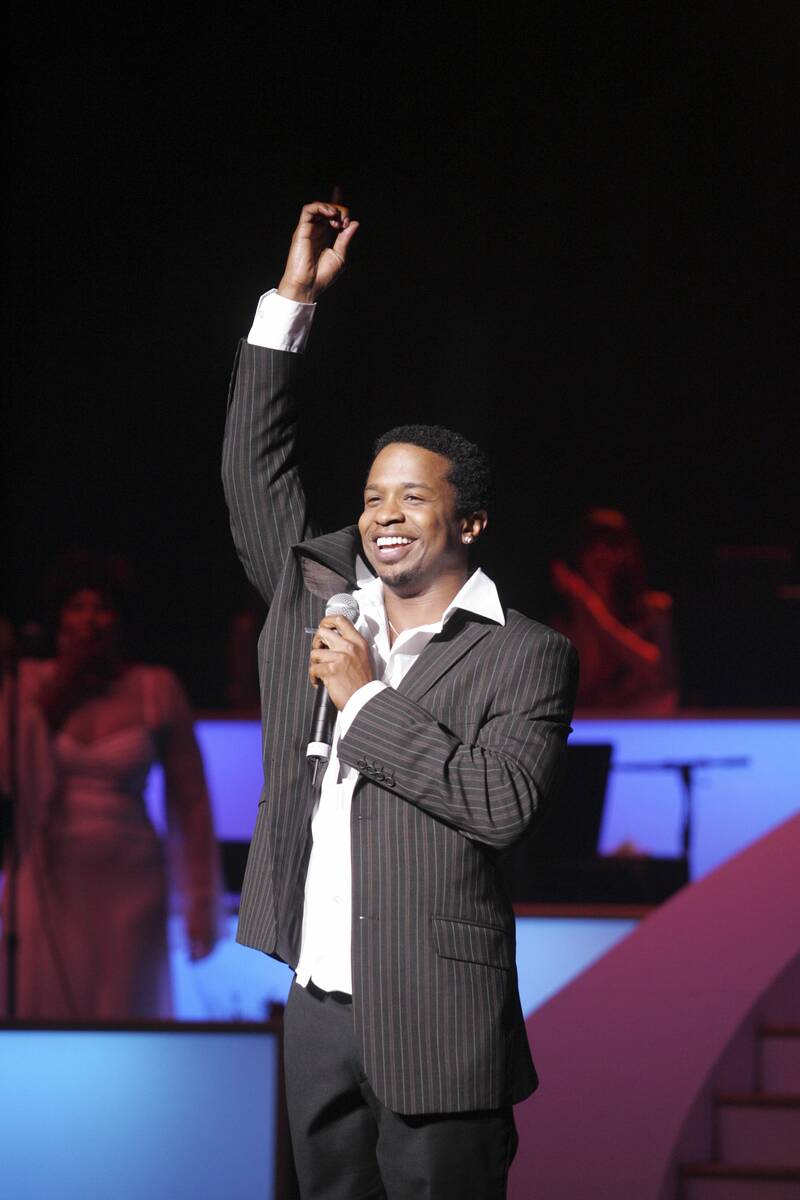 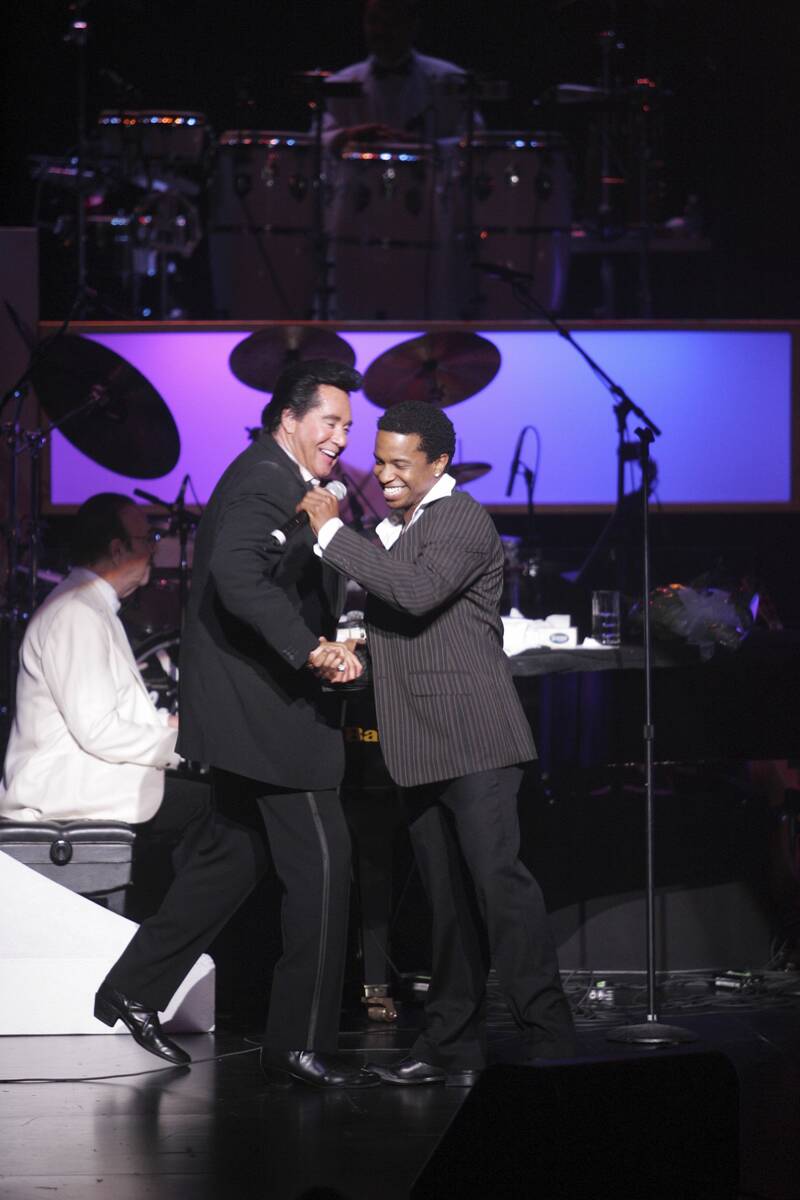 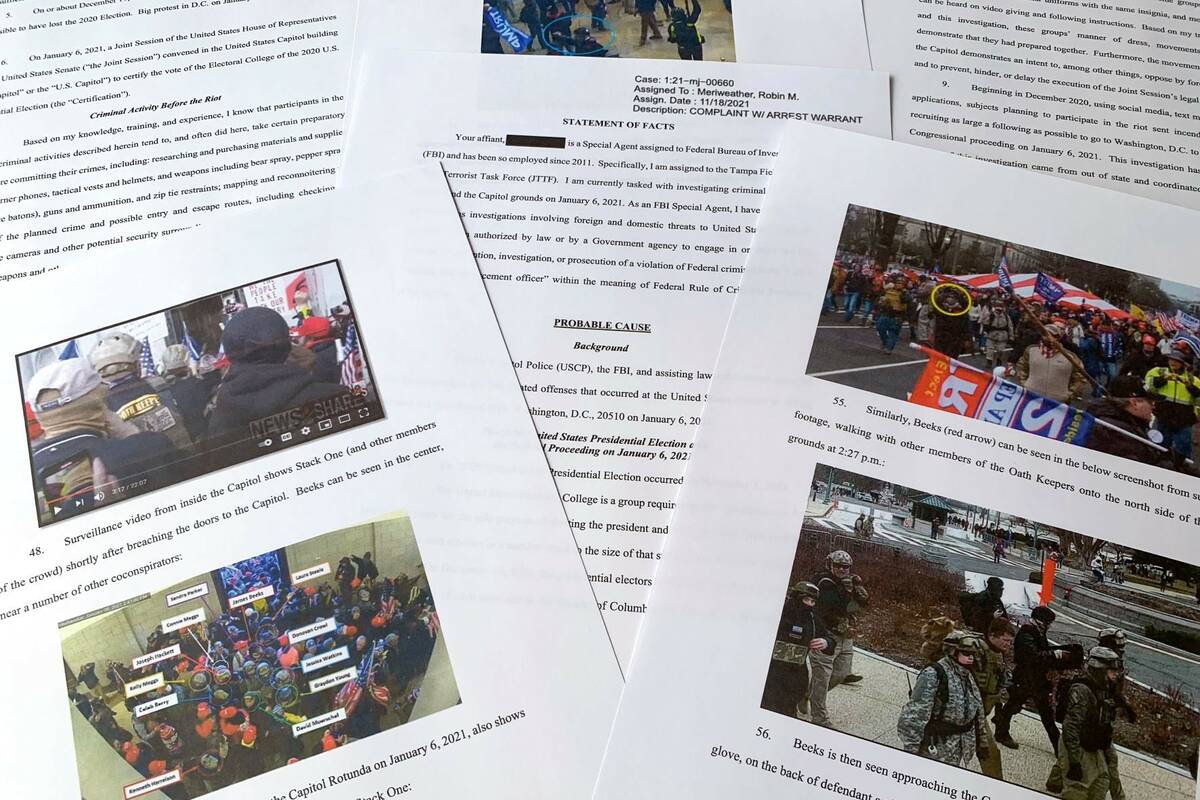 The criminal complaint with the arrest warrant for James Beeks is photographed on Monday, Nov. 29, 2021. (AP Photo/Jon Elswick)

We knew Delisco some time ago in Las Vegas, as a capable entertainer who won the befittingly titled TV show, “The Entertainer.”

That was in 2005, when Delisco headlined Shimmer Cabaret at Las Vegas Hilton as the champ of that competition.

The country now knows Delisco not in a showroom, but a courtroom in Washington, D.C. His full name is James Delisco Beeks, the Oath Keeper and Jan. 6 Capitol riot defendant who appeared in front of a judge Monday. The appearance was something of a showstopper for the guy who once held that nickname.

The hearing that took a dramatic turn after Beeks told the judge he had “divine” authority to participate in the Jan. 6 uprising. Beeks claimed the court had no jurisdiction over him, as he is part of the “Sovereign Citizen” movement, where followers do not believe they are required to abide by government institutions.

“That’s all gobbledygook,” Chief Judge Beryl Howell of the D.C. District Court reportedly told the defendant. “Mr. Beeks, you should be quiet unless spoken to.”

The judge seemed ready to send Beeks to jail, saying, “A defendant who rejects the jurisdiction of the court, rejects the rule of law.” It was only after Howell conferred with Beeks’ counsel that he allowed the performer to be released, while wearing a GPS monitor.

Beeks has been ordered to report to pretrial services in Florida, his home state, on Wednesday morning. Court documents show he attempted to break through a line of police officers guarding a hallway to the Senate chamber.

Officials had been tipped off that Beeks was in the cast of “Jesus Christ Superstar” in Milwaukee, where he was arrested last Tuesday. He played Judas in the production.

As Delisco, Beeks won “The Entertainer” TV series and was awarded a one-man show at Shimmer Cabaret (now Westgate Cabaret). He also collected $1 million in prize money, and was tutored by Wayne Newton. Mr. Las Vegas was the host of the E! show, which premiered in January 2005. Newton was headlining at the Hilton at the time.

Beeks ’ Jackson portrayal was especially impressive, in his days in Las Vegas. After his residency at the Hilton ended, the onetime headliner told the Review-Journal, “I love Vegas and want to stay, but honestly there is no place for me at the moment. But in the meantime, the cruise ships have been keeping me busy for the past year. … My plan is to build myself outside of Las Vegas and then come back at some point.”