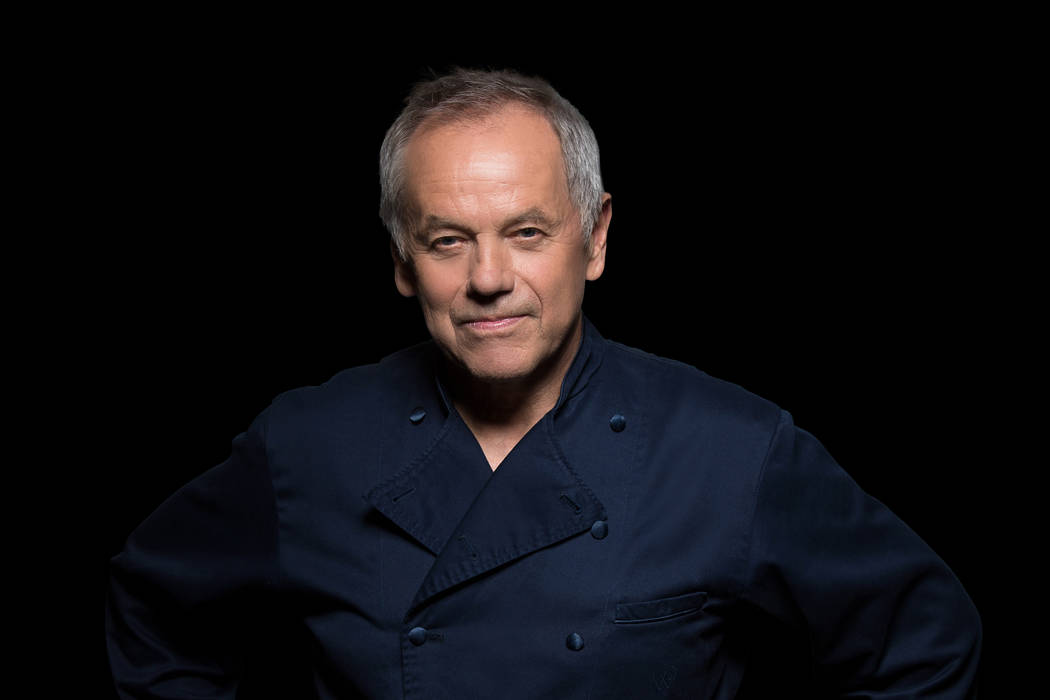 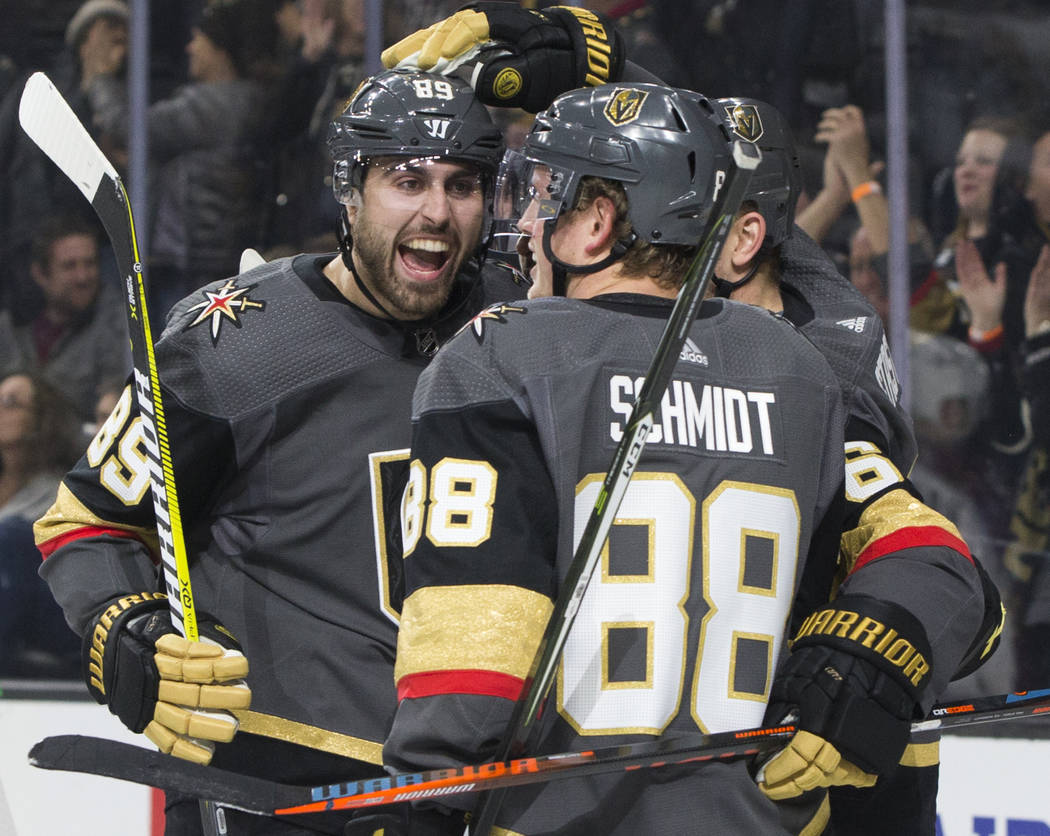 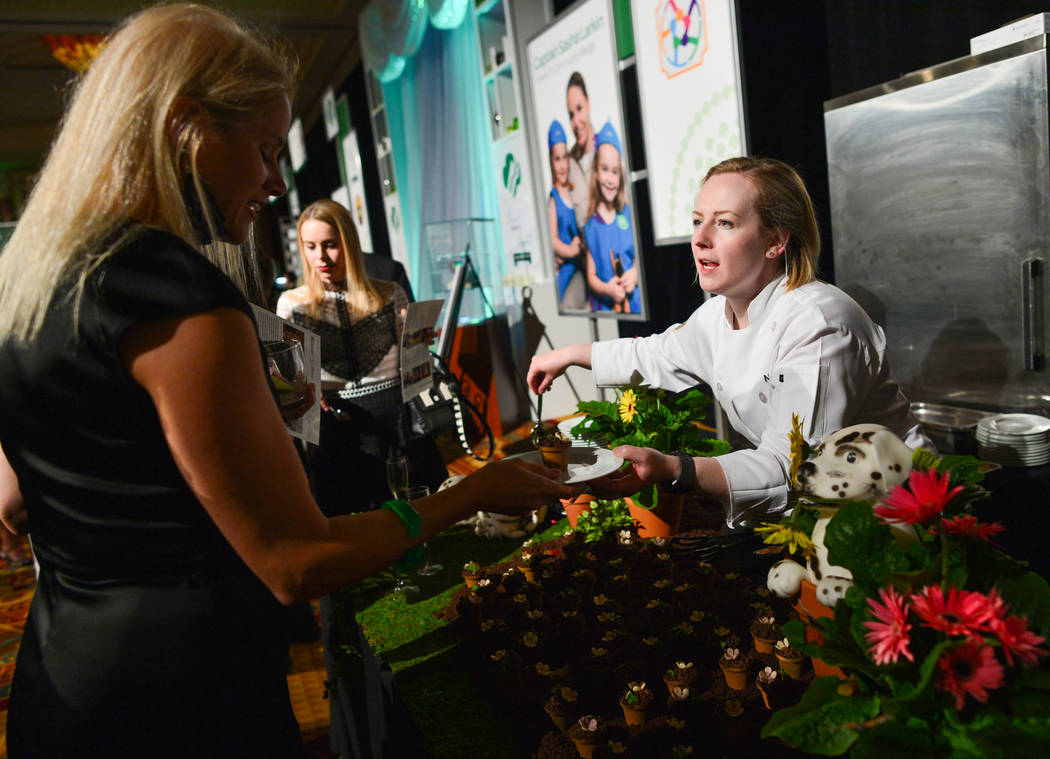 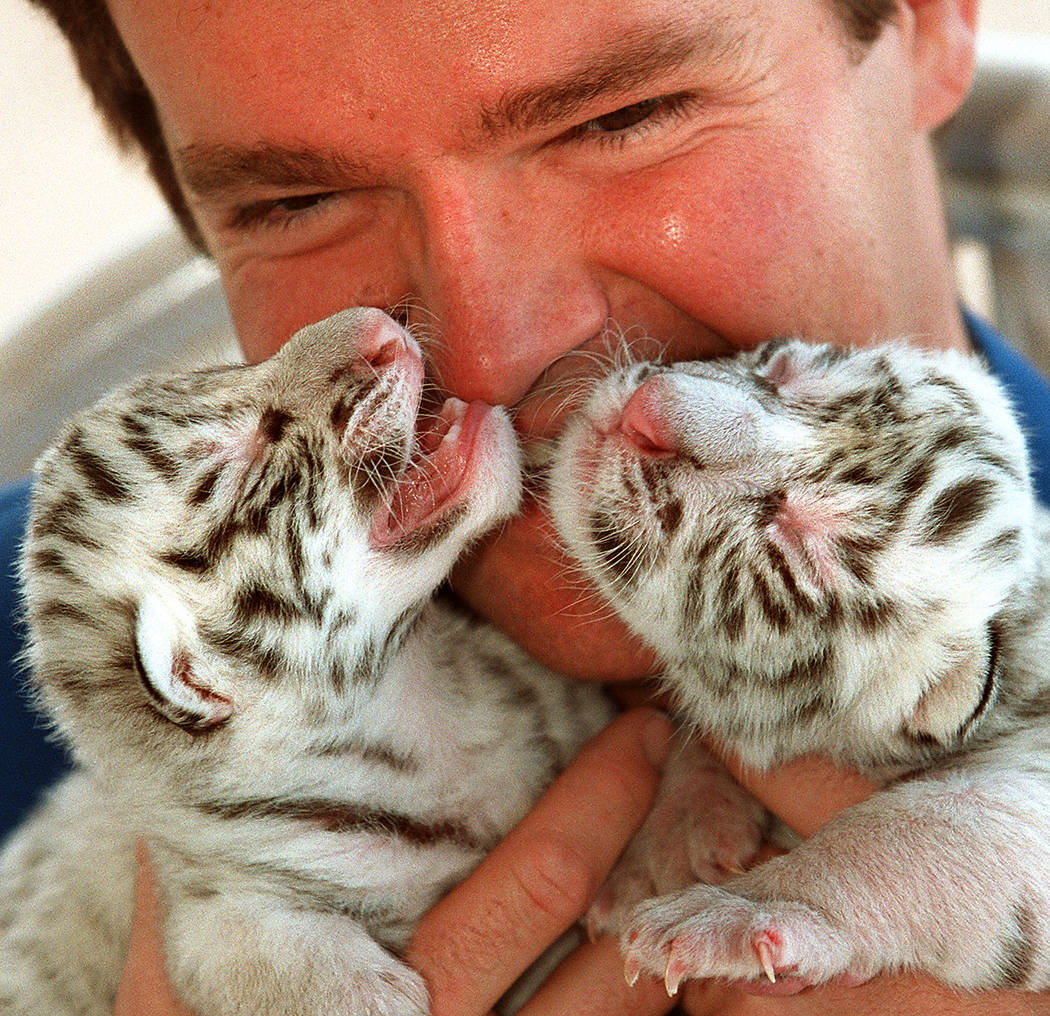 We speak of celebrity chef and restaurateur Wolfgang Puck.

“We were doing promo videos with him on the ice, and we hung up some pots and pans in the net,” the Golden Knights right wing said during a phone chat Tuesday afternoon from Nashville, where the Golden Knights play the Predators on Wednesday. “We shot frozen burgers and apples at the net, having a great time. I speak a little German, and he’s Austrian and also speaks German, and I was trying to impress him by speaking it.”

Several months after that Puck drop, Tuch learned the celeb chef with the hockey-friendly surname might actually be a business partner.

So it is that Tuch and VGK teammates William Karlsson, Deryk Engelland, Reilly Smith and Shea Theodore have partnered in Wolfgang Puck Players Locker. The restaurant and nightspot opens in January in the same Downtown Summerlin location as Wolfgang Puck Bar & Grill, about a slap shot from the Golden Knights’ City National Arena practice facility.

The concept is to introduce a new menu with traditional sports fare (including Smith’s own pizza recipe, which was also featured in a Puck video) and a new beverage program. Games will be displayed on big screens in genuine sports-par spirit. The Golden Knights players, and Puck himself, will receive a locker for their favorite spirits (Tuch’s is whiskey) while also appealing to families visiting the Downtown Summerlin retail, restaurant and entertainment district.

Tuch was originally drawn to the project by his buddy and Tommie Battaglia, founder of VGK suit designer Gaetano Brand. Battaglia had been looking for a restaurant partnership and sought advice from Tom Kaplan, senior managing partner for Wolfgang Puck Fine Dining Group, who assisted on scoring the Puck location.

The Golden Knights players are eager to open the Players Locker, not just as entrepreneurs, but as customers.

“Vegas is the entertainment capital of the world,l but I think it’s also the food capital of the world, with a lot of diverse options, celebrity chefs and many hidden gems. It’s really cool to be a part of that,” Tuch said. “But we have seen a lack of restaurants off the Strip for us after our games. We play 41 home games and 90 percent of those are at 7 p.m., and almost the entire team lives in Summerlin.

“Wer’e not the day-to-day operator, but we will show up for appearances and the grand opening, do some schmoozing,” Tuch said. “It’s a quick phone call or text, answering questions, and then we go back to our main profession.”

Longtime Las Vegas magician and big-cat entertainer Dirk Arthur is my guest on the next PodKats!, which posts Monday. Arthur has most recently been managing the Houdini’s magic shop at Circus Circus, what he calls his “day job” since his “Wild Magic” show closed at Westgate Las Vegas in April 2018. But Arthur is in talks with Admit VIP founder Pete Housley and veteran Las Vegas entertainment manager Chip Lightman for a return to the stage by next spring — with his assortment of exotic animals.

Arthur’s not specifying where this might be, but he is gearing up for a return to the stage, as the only entertainer in Las Vegas — or in the country — using exotic cats in a residency show.

Freddie Glusman checks in to remind of the annual charity Thanksgiving feast at his Piero’s Italian Restaurant. Beginning at 11 a.m., Glusman and his crew will serve upwards of 1,300 gourmet turkey dinners to several Las Vegas youth charities. The event started in 1995, and each year Glusman partners with Youth Charities of Southern Nevada in a fundraising effort to make the event possible.

“We’ve raised over $600,000 since we started. The money donated actually becomes two fundraisers,” Glusman says. “We serve the families, and then we donate the remaining funds to 12 charities in need for Christmas. These donations will be distributed to different churches, schools and nonprofit organizations.” Volunteers and families are welcome to participate, and the gang hits the scene to prep at 9:30 a.m.