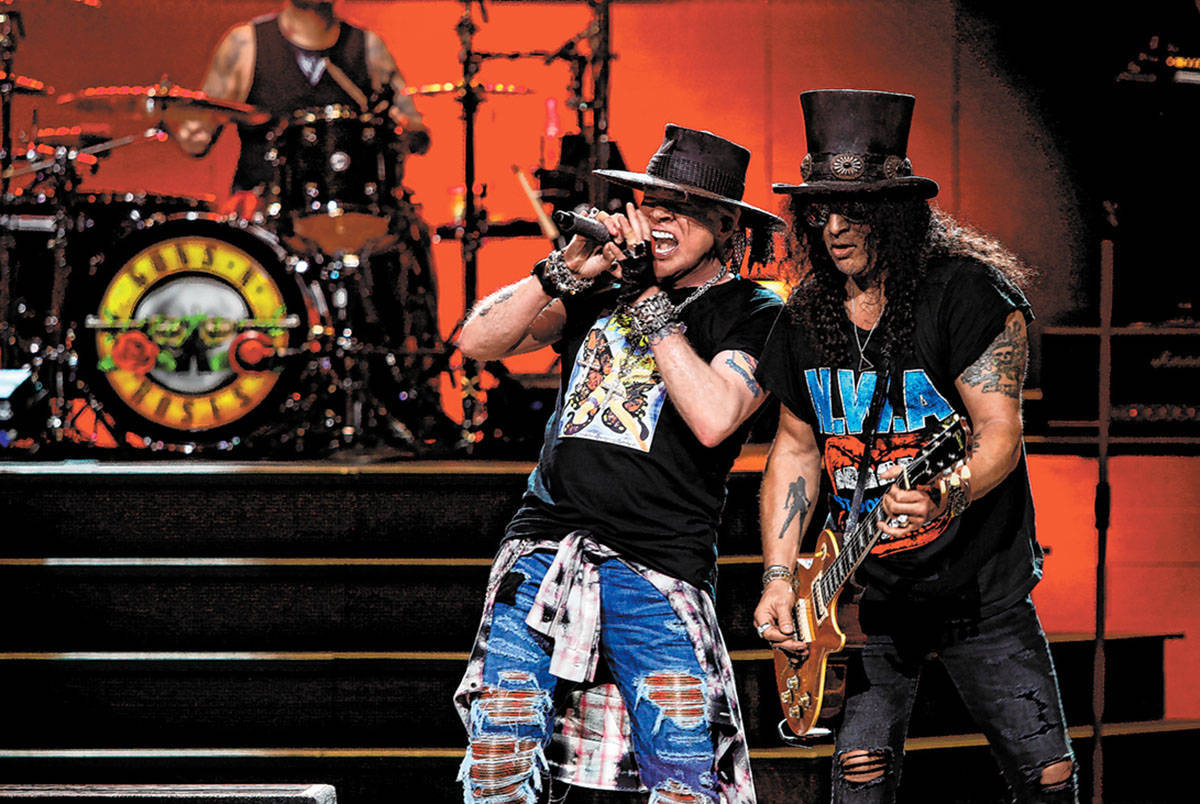 Axl Rose and Slash of Guns N' Roses are shown at the Colosseum at Caesars Palace during the final leg of the band's "Not In This Lifetime" tour. (Katarina Benzova) 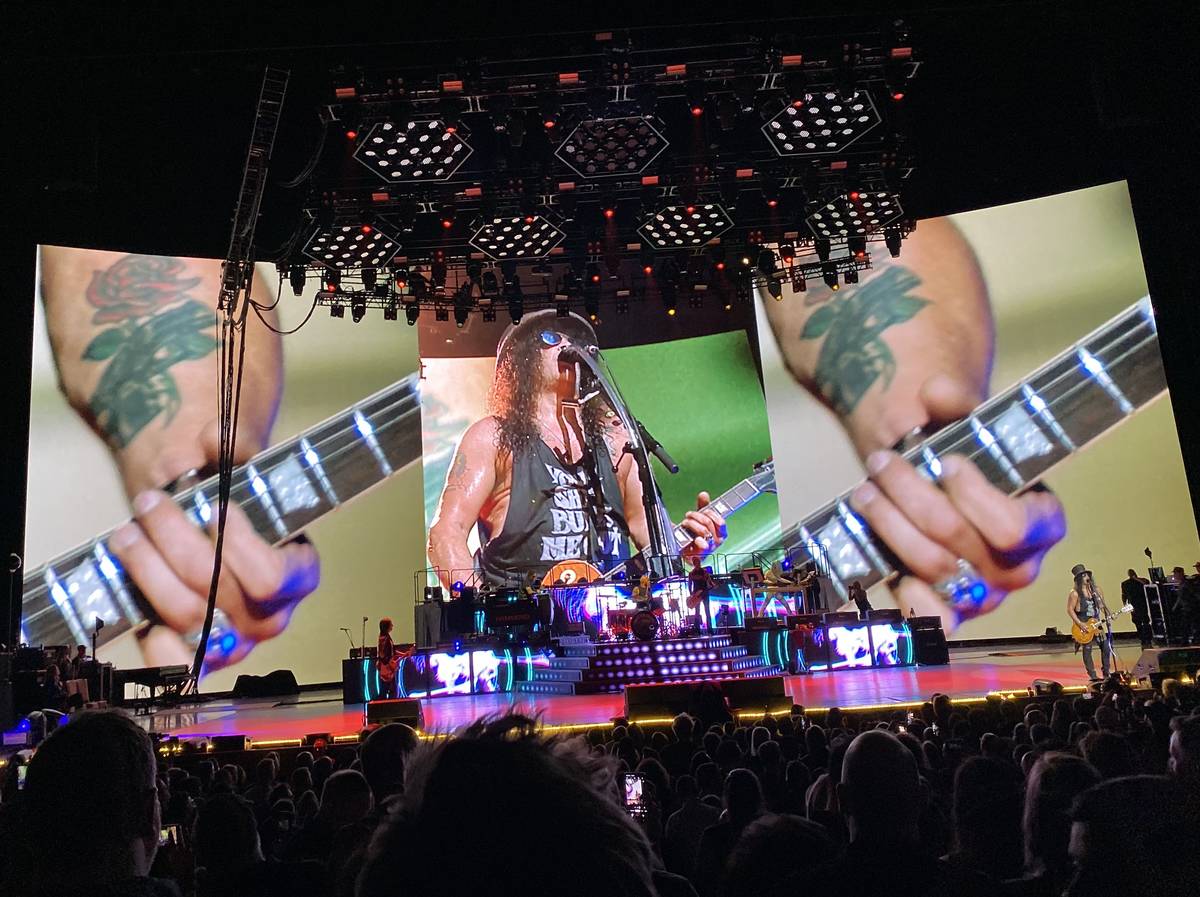 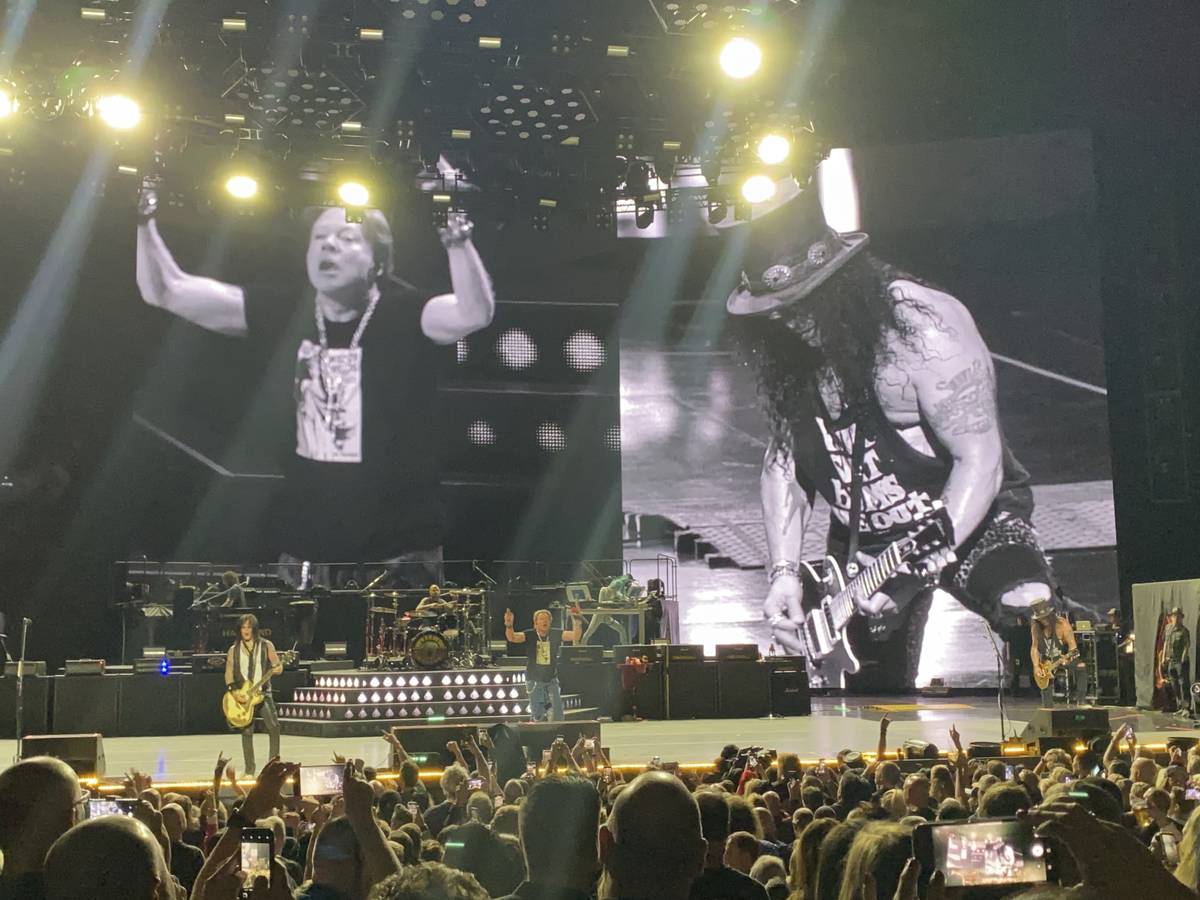 Guns N’ Roses has announced, “We’re F’N Back!” That means to Las Vegas, and that is the title of its tour, too.

GNR has posted that it is playing Las Vegas on Aug. 27. The band announced its upcoming tour on its official website and Instagram feed. Tickets for the Vegas date (and all dates) are on sale at noon Friday.

The “where” of it all remains a bit of a question. The band’s website lists T-Mobile Arena in the lists of upcoming shows, which open July 31 at Hersheypark Stadium in Hershey, Pa.

But the ticket link on that same page reads, “Venue to be Announced” for the Las Vegas show. A spokeswoman for concert promoter Live Nation said the site is being updated, and a formal venue announcement is due next week.

The tour will turn the spotlight on none other than Vegas rocker Frankie Sidoris, guitarist for Wolfgang Van Halen’s new band, Mammoth WVH. The lineup is making its touring debut.

In its opening sets for GNR, Mammoth VWVH will unveil songs from their upcoming self-titled debut album, due June 11. The hit single “Distance” is expected to be debuted.

The most recent GNR show in Las Vegas was the band’s appearance at the Colosseum at Caesars Palace in November 2019, closing its “Not In This Lifetime” tour. That show went for three hours, sating the appetite of any GNR fan with concussive performances of “Welcome To The Jungle,” “Sweet Child o’ Mine,” “Nightrain,” “Paradise City” and “Live and Let Die.”

GNR was also among the earliest headliners at T-Mobile, in April 8-9 2016, kicking off their reunion tour. They returned to the arena in September 2017.