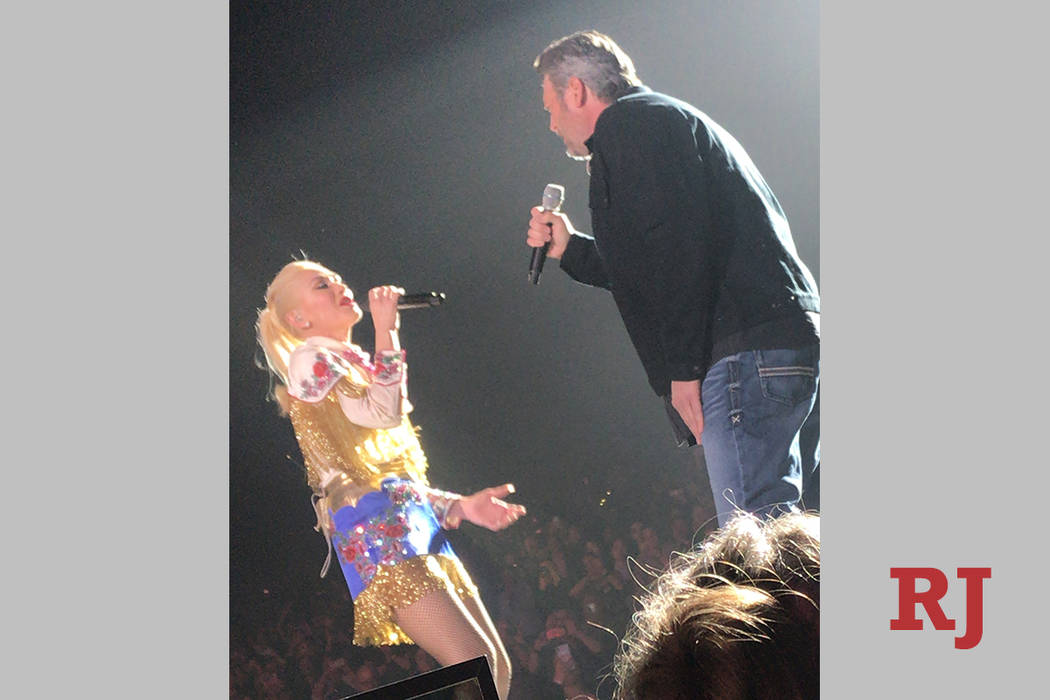 Gwen Stefani and Blake Shelton are shown singing "Nobody But You" at Zappos Theater at Planet Hollywood on Wednesday, Feb. 19, 2020. (Jessica Johns)

Shelton strode onstage unannounced and unbilled during Stefani’s “Just A Girl” performance. He and Stefani then sang their new single, “Nobody But You.” The single and accompanying video dropped Jan. 21.

It’s real!! Gwen has been there for me without knowing it and now she has encouragement for my baby!!! My heart is exploding!!! THANK YOU @gwenstefani !! #didthisjusthappen #justagirl #canigetahug pic.twitter.com/TFQiU5SdCC

Stefani had missed four shows due to illness prior to returning Saturday night, when she brought a pregnant fan onstage for a selfie. On Wednesday, she twice told the crowd she was sorry she missed the shows.

The couple also released a behind-the-scenes video. “There’s no point to this video, OK?” Shelton says, with Stefani at his side. “But it’s a cool song.”