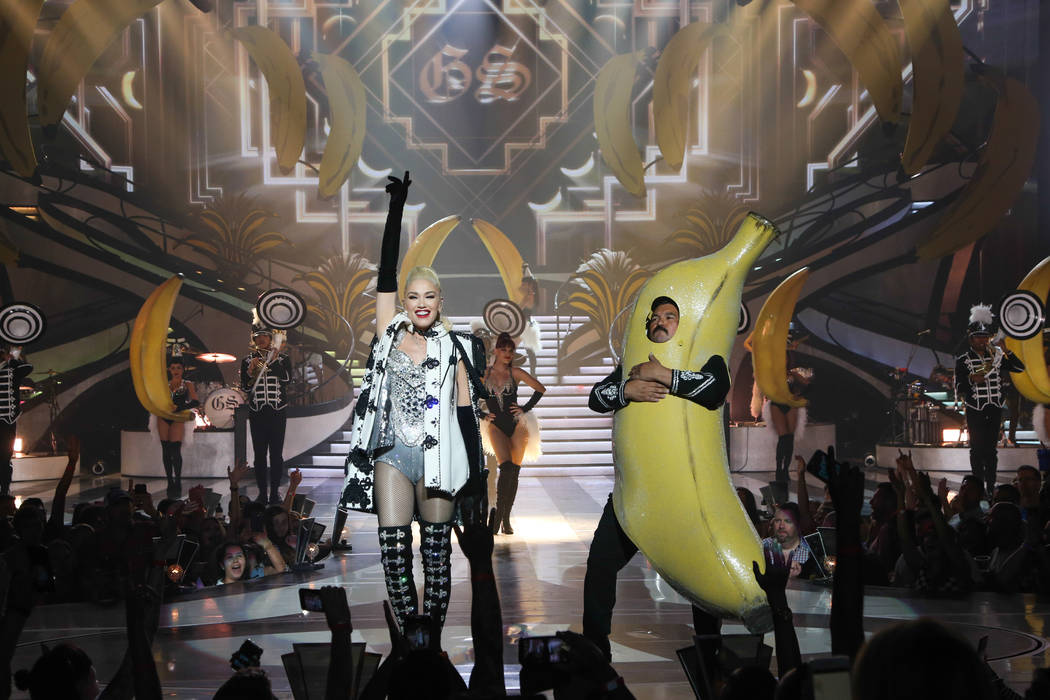 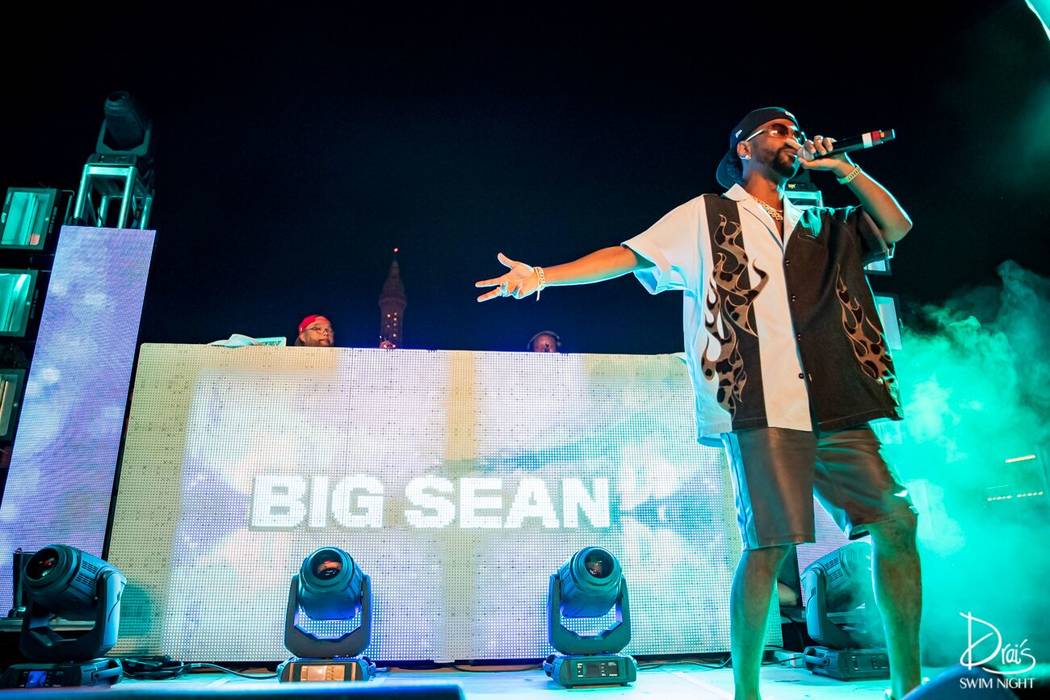 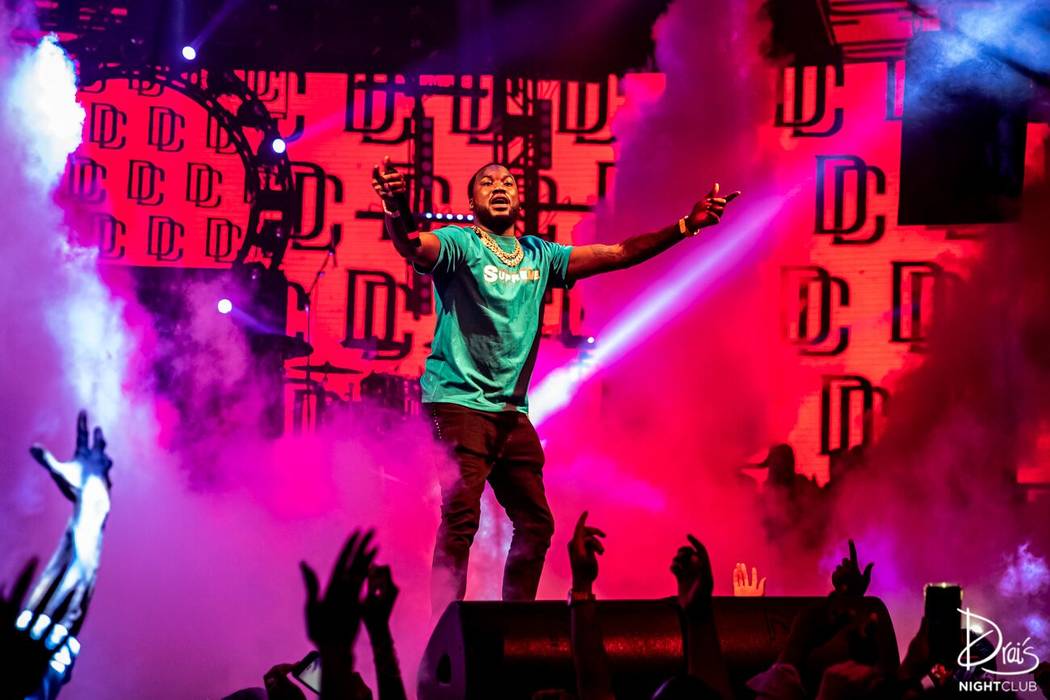 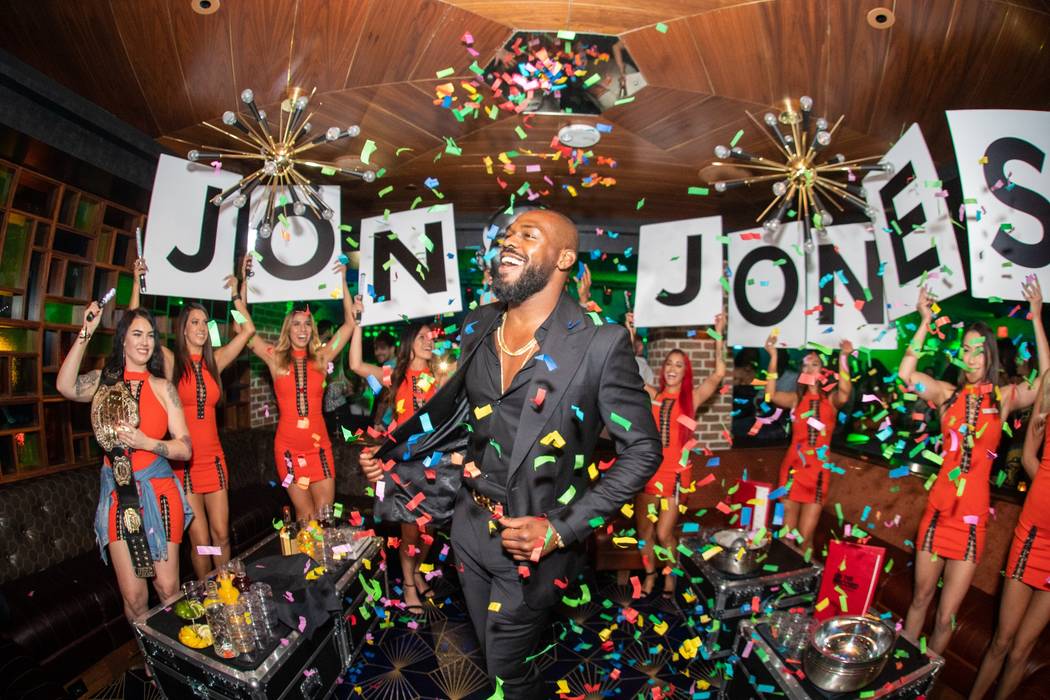 Guillermo Rodriguez is a proven stage performer. Just dress him up, send him out and let the comedy unfold.

Jimmy Kimmel’s trusted sidekick on his late-night talk show, Rodriguez was at it again Saturday night at Zappos Theater at Planet Hollywood. He ambled onstage dressed as a banana for Gwen Stefani’s show-opening “Hollaback Girl” number.

The segment is to be part of Kimmel’s telecast at 11:35 p.m. Monday. Rodriguez also dressed as a Vegas showgirl and appeared onstage with the Chippendales at the Rio when Kimmel taped a week’s worth of shows from Vegas from April 1-5. Those shows, too, originated from Zappos Theater. Look for a tease to the event Monday morning on ABC’s “Good Morning America.”

Robbie Williams was descending on his elevated stage as he opened his show at Encore Theater when Friday’s temblor hit Las Vegas. As always, Williams launched his production airborne with “Let Me Entertain You,” and told his audience on Saturday he felt his auxiliary platform swaying and saw the lights moving around. The crowd murmured nervously — this is a common report from audiences who felt the quake — but Williams performed the show uninterrupted.

Jon Jones made it to On The Record at the Park MGM after his split-decision victory over Thiago Santos in UFC 239 at T-Mobile Arena on Saturday.

Mill’s Saturday appearance was booked in his headlining residency. He had a public dust-up with Cosmopolitan of Las Vegas officials after he was denied access to the hotel (the issue was dropped after Cosmopolitan officials issued a public apology).

Players in town for the NBA Summer League at Thomas & Mack Center populated the Drai’s shows. As reported by Drai’s, those in the mix for Big Sean’s set Thursday: Donovan Mitchell and Royce O’Neale from the Utah Jazz, Buddy Hield from the Sacramento Kings and ex-Boston Celtic Paul Pierce. Pauly D was also in the mix, celebrating his 39th birthday.

Mill drew such NBA players as Anthony Davis of the Lakers; Julius Randle and Bobby Portis of the Knicks; Buddy Heild of the Kings; ex-journeyman James Posey; John Wall, Bradley Biel and Thomas Bryant of the Wizards; Ben Simmons of the 76ers; Deandre Hunter of the Atlanta Hawks; and Terry Rozier of the Charlotte Hornets. Mayweather, Vince Williams of the Pittsburgh Steelers, Da’Shawn Hand of the Detroit Lions, and A.J. Bouye of the Jaguars were also spotted at the club.

Jones reportedly arrived at OTR after his brutal victory at T-Mobile — he was actually in a wheelchair for the post-fight press conference — but wound up grooving deep into the night. Club co-proprietor Mark Houston toasted the champ, the place was packed and requisitely crazy. As a side note, the way to tell twins Mark and Johnnie Houston apart, Mark now wears a mustache.