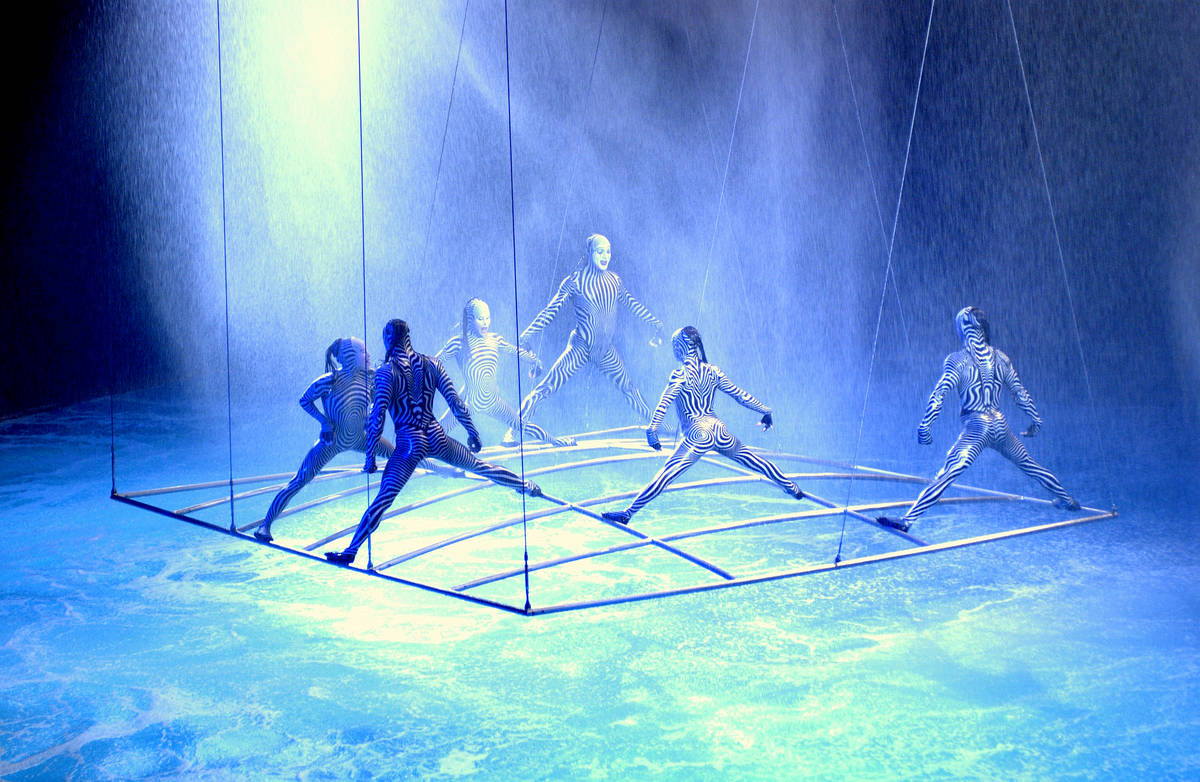 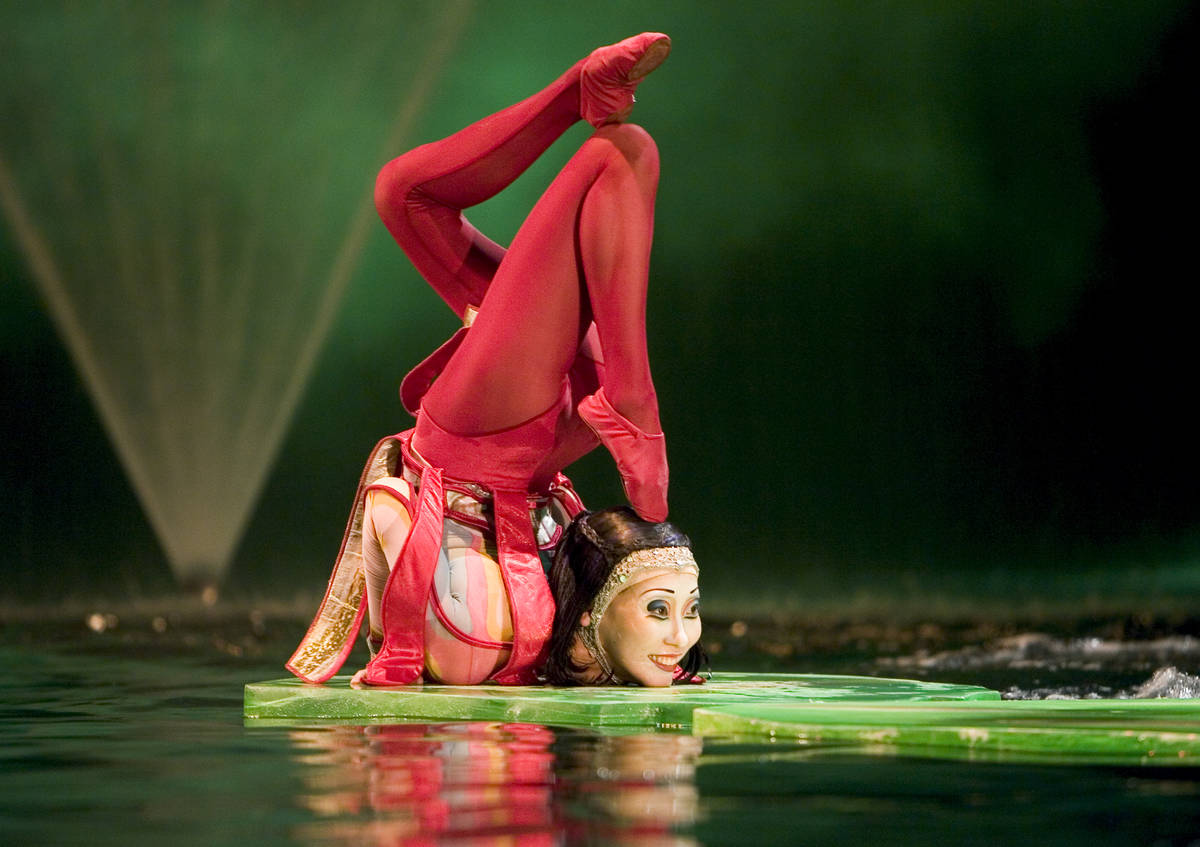 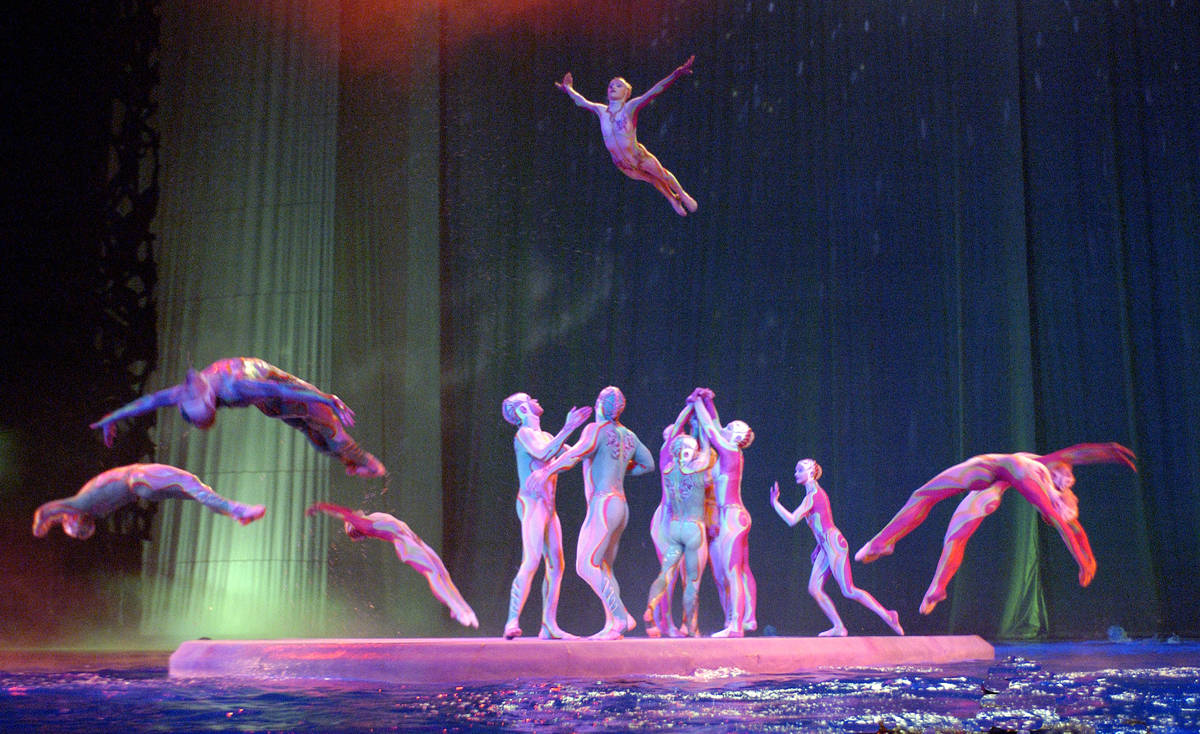 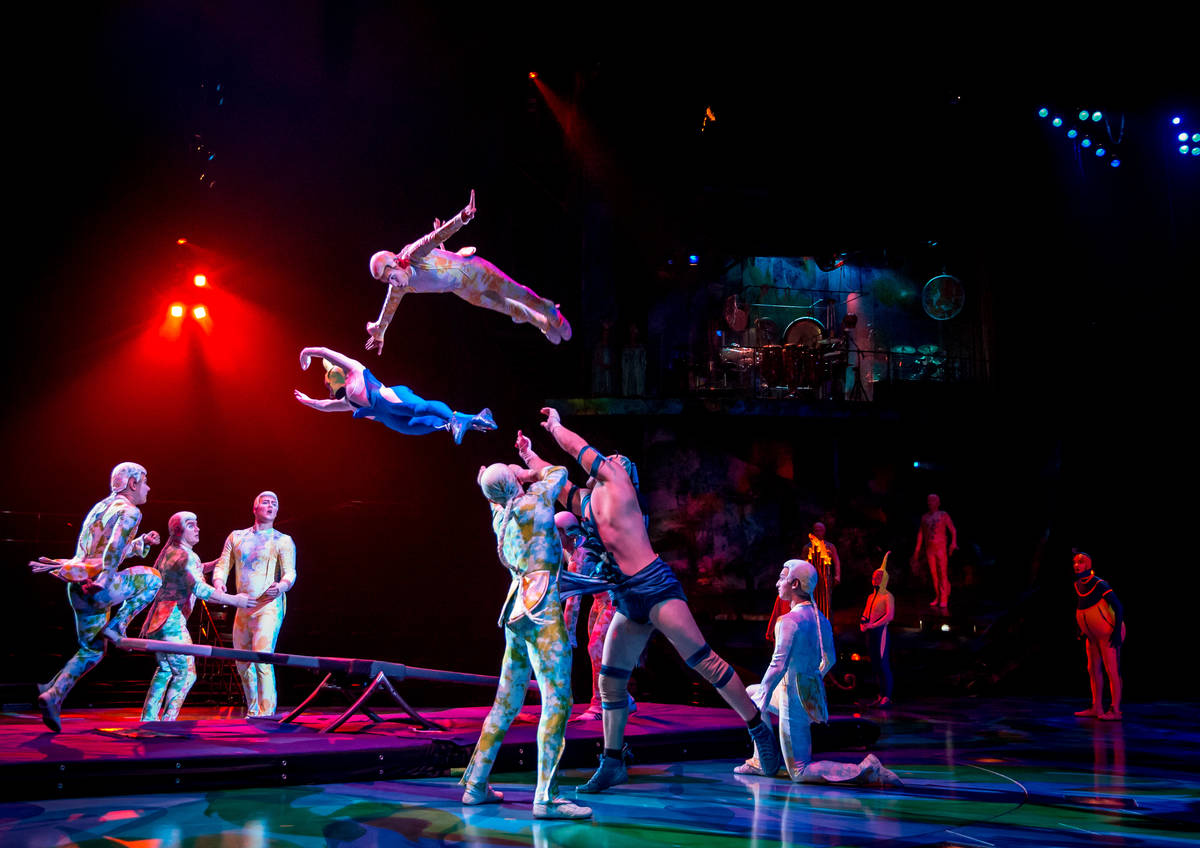 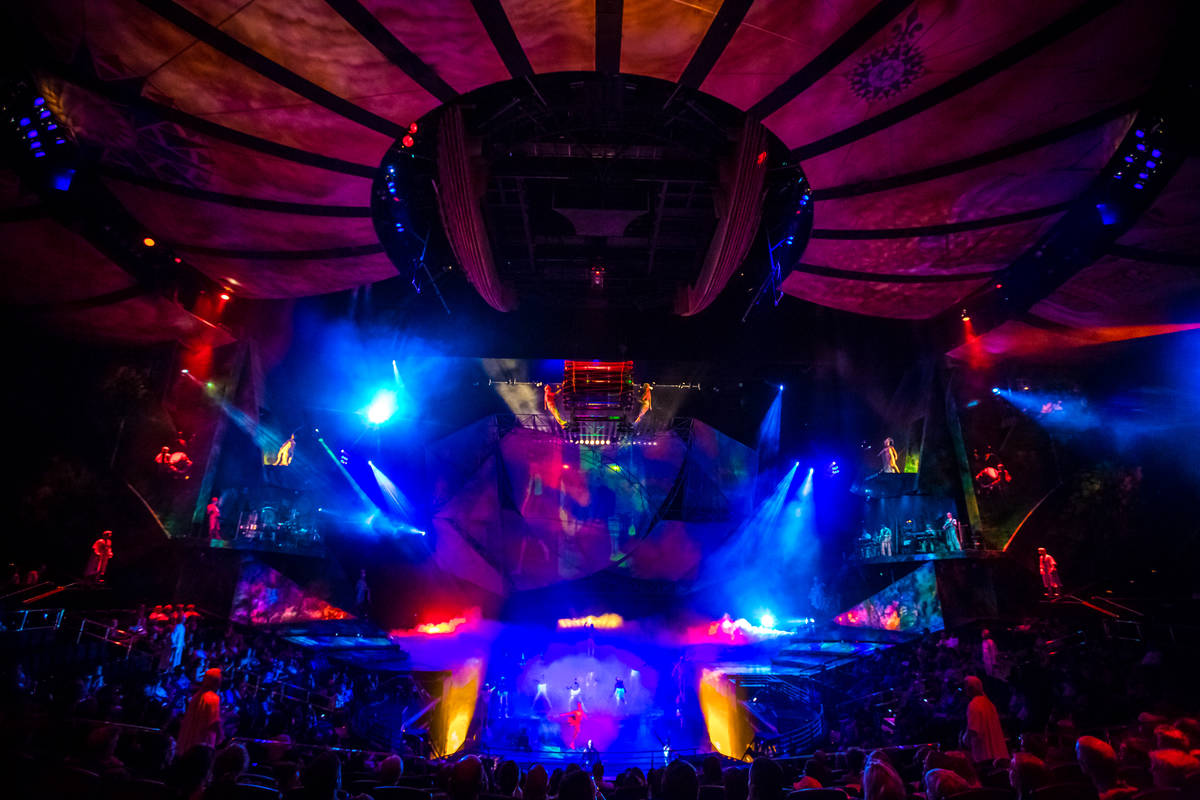 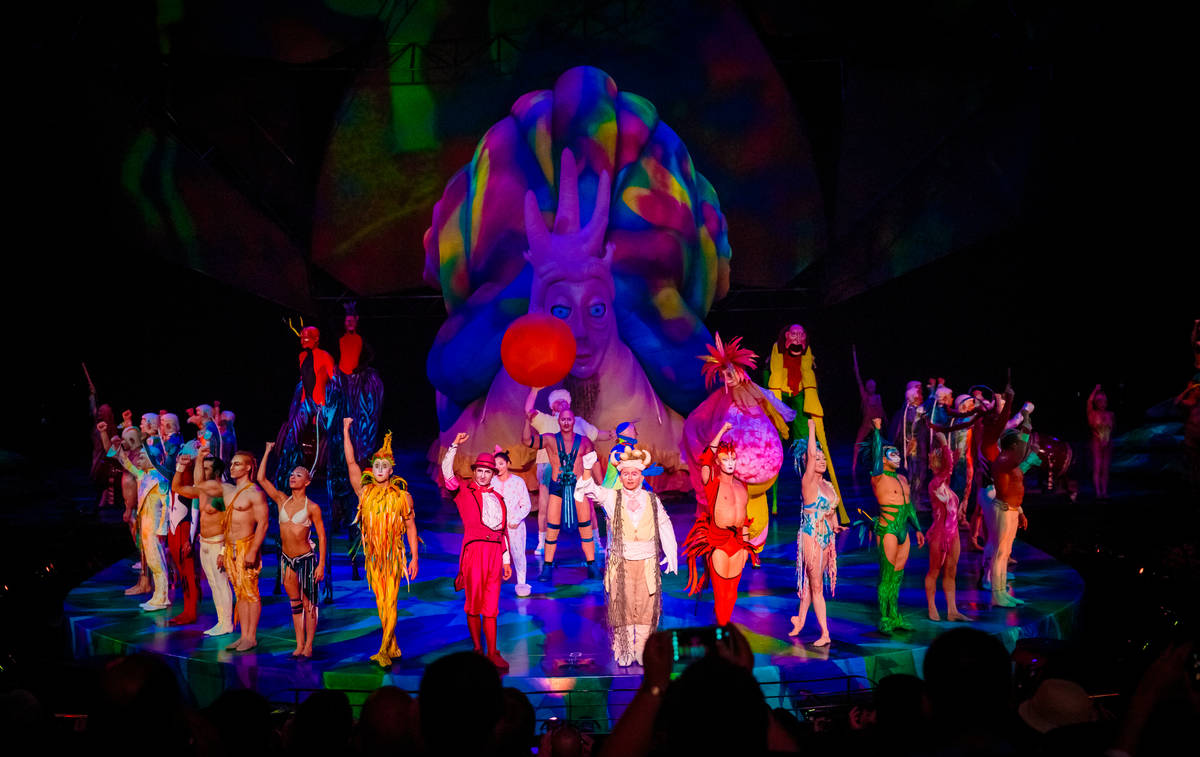 Cirque du Soleil has been dark for so long we’ve lost sight of how quickly the company can move.

We are speaking of the company’s accelerated ticket sales, at least in the high-demand, post-pandemic climate. And, also the company’s faster-than-expected return to the stage for “Love,” “Michael Jackson One” and “Ka.”

“O” and “Mystere,” Cirque’s first two shows to comeback after COVID-19, are selling their at about twice their pre-shutdown rate. And “Blue Man Group,” which Cirque owns, is also selling at that clip.

“What it means is that if a normal day at ‘O’ or ‘Mystere’ would sell, just for the state of discussion, 500 tickets a day, now we’re selling 1,000 tickets a day,” Cirque CEO Daniel Lamarre said in an interview last week. “I would include Blue Man Group in that group.”

Opening July 1,”O” at Bellagio is selling between 80-100 percent through most of July, according to Ticketmaster’s updated figures. That show is the best-selling of all Cirque’s Vegas productions, and was consistently in the 90-percent range throughout its run before COVID-19.

Opening June 28 “Mystere” at Treasure Island, too, is showing strong sales between 70 and 80 percent, through the first half of July. Before COVID-19, the longest-running Cirque show on the Strip has hovered around 60 percent sold per show, and was commonly discounted to reach that number.

Lamarre also said to expect an accelerated return of “Love” at the Mirage, and “Michael Jackson One” at Mandalay Bay.

“We are going to reopen shows probably at a faster pace than we thought originally,” Lamarre said. “I think that we’ll open MJ and ‘Love’ sooner than later, and ‘Ka’ sometime in the fall.”

Lamarre said to look for “MJ” and “Love” to “almost at the same time” in August. Cirque would then have succeeded in bringing four shows back to the Strip by September. “Ka”is tentatively on track to return in October.

About 1,370 Cirque employees in Las Vegas lost their jobs when the company shut down its entire 44-show empire in March 2020. About 120 were let go permanently when “Zumanity” closed after a 17-year run at New York-New York.

Asked how many of Cirque’s remaining available employees would be coming back, Lamarre said, “I would say most of them … I think that we should be pretty close to where we were by the end of the year.”

Plans to rehire 95% of staff

Lamarre further says the company is ready to rehire 95 percent of its 3,500 employees cut loose during COVID, including those in the company’s 44 international touring shows. Bringing back the Vegas community has been comparatively seamless, when you consider the balance of Cirque’s artists were performing around the world.

“The artists are in better shape than we expected, which is great to bring back the quality of the shows at at the level they were,” Lamarre said. “We kept an official link with our Las Vegas artists because we believed, rightly so, Vegas would be the first market to open, because all the artists live there. But what the surprising thing is, we discovered that 95 percent of our international employees were willing to come back.”

Lamarre continued, “That helps us take a quicker decision to start reopening our touring shows as well.”

Cirque is back in action in the U.K. in January, when it reopens “Luzia” at Royal Albert Hall in London.

“I have known Corey forever, and I have known Jim forever,” Lamarre said. “You know, in these meetings, board members are asking about the situation in Vegas, and I could give my version, but I can also turn to Corey and say, “Corey, what do you think?” because he also has a very strong point of view about the market.”

The “O” return is being captured for a documentary by MGM Studios, which is controlling the production, editing, distribution and messaging about the project. Lamarre will be featured. Otherwise, he says, “There’s very little I can say other than we are shooting right now, and we are waiting for MGM Studios to come back to us and tell us who the buyers are going to be.”

There should be worldwide interest in such a project, given the company’s post-pandemic revival, starting with its water spectacular on the Strip.

“I think this documentary should have an international attraction,” Lamarre said. “Streamers and broadcasters around the world should be interested in this.” Lamarre himself is planning to spend two weeks in Las Vegas, which he has never done in his 25-year tenure with Cirque, leading to the “Mystere” and “O” reopening.

“I love it,” Lamarre said. “You will get tired of me, but I want to live the story, the rehearsals, the buzz of the city. I cannot wait to be there.”