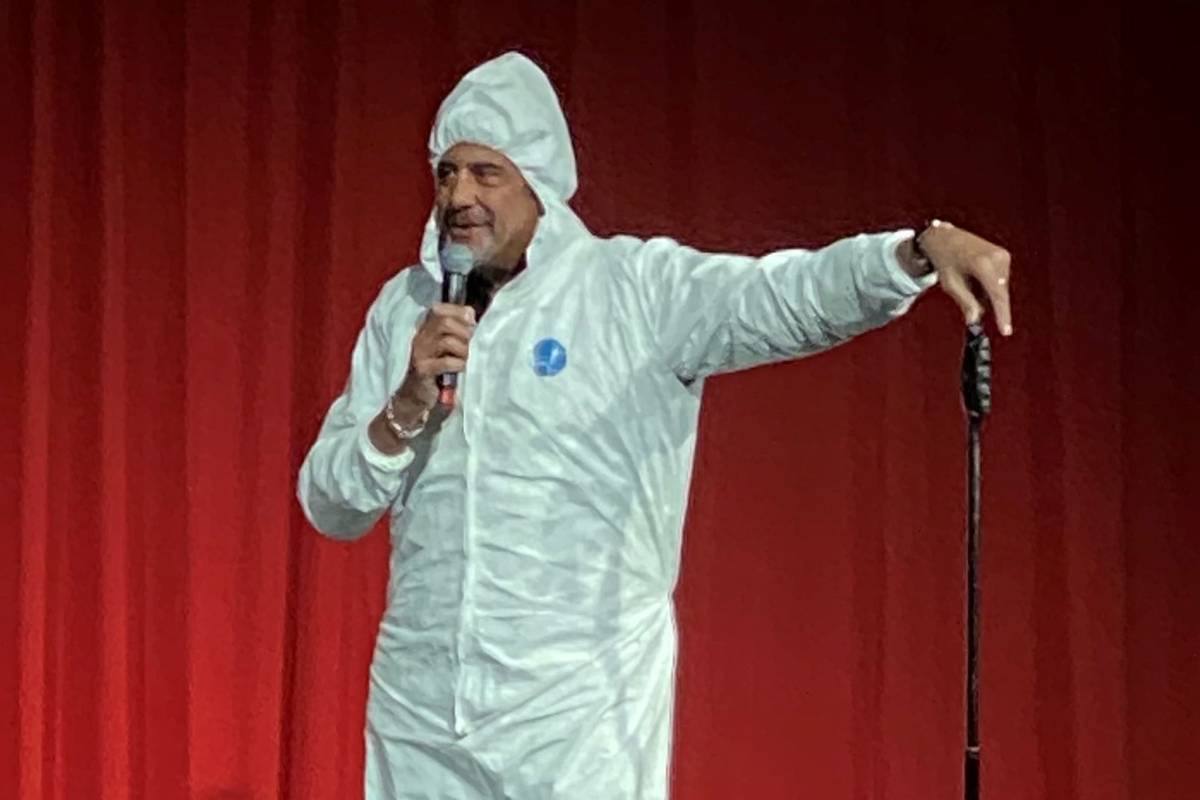 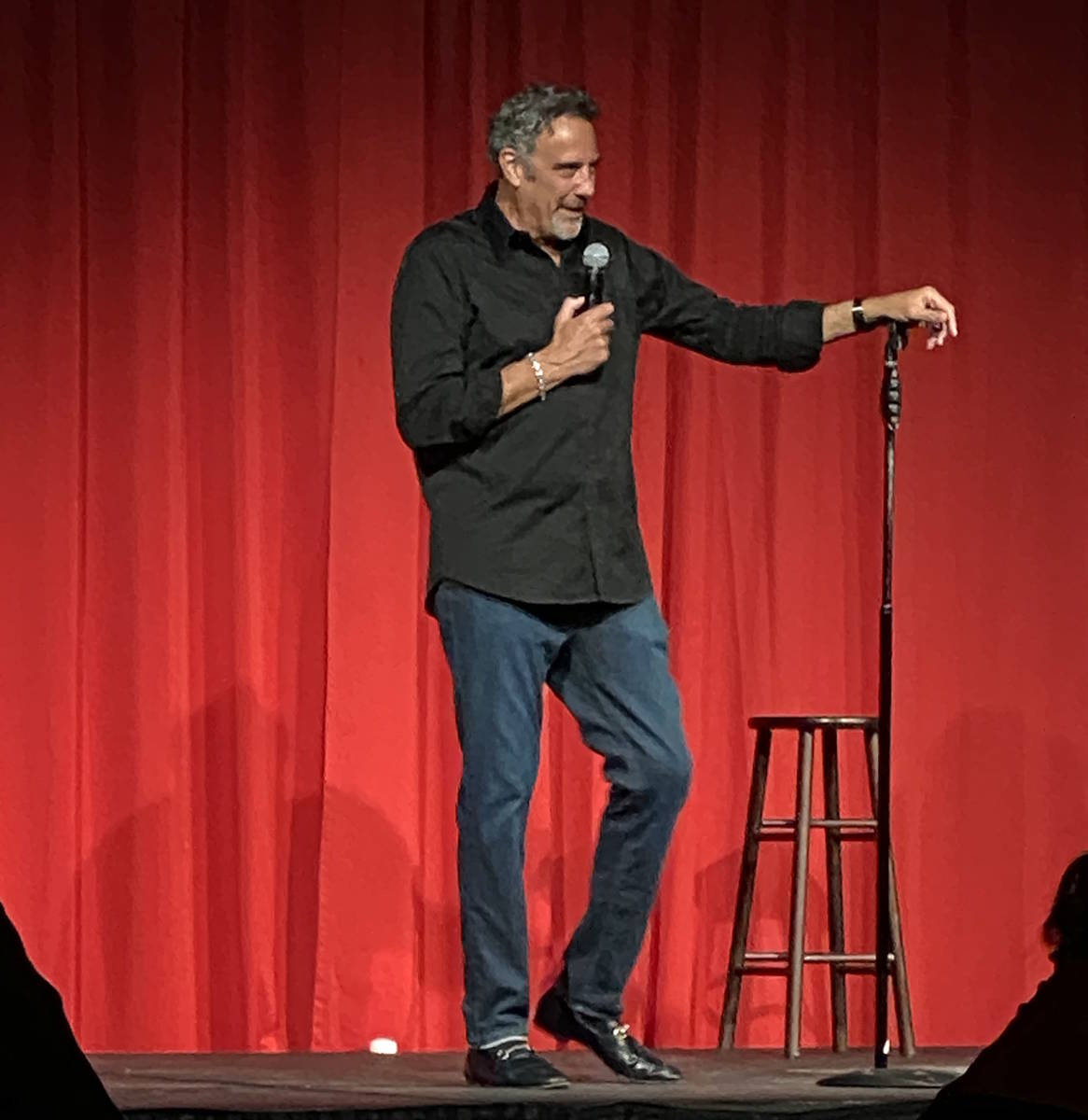 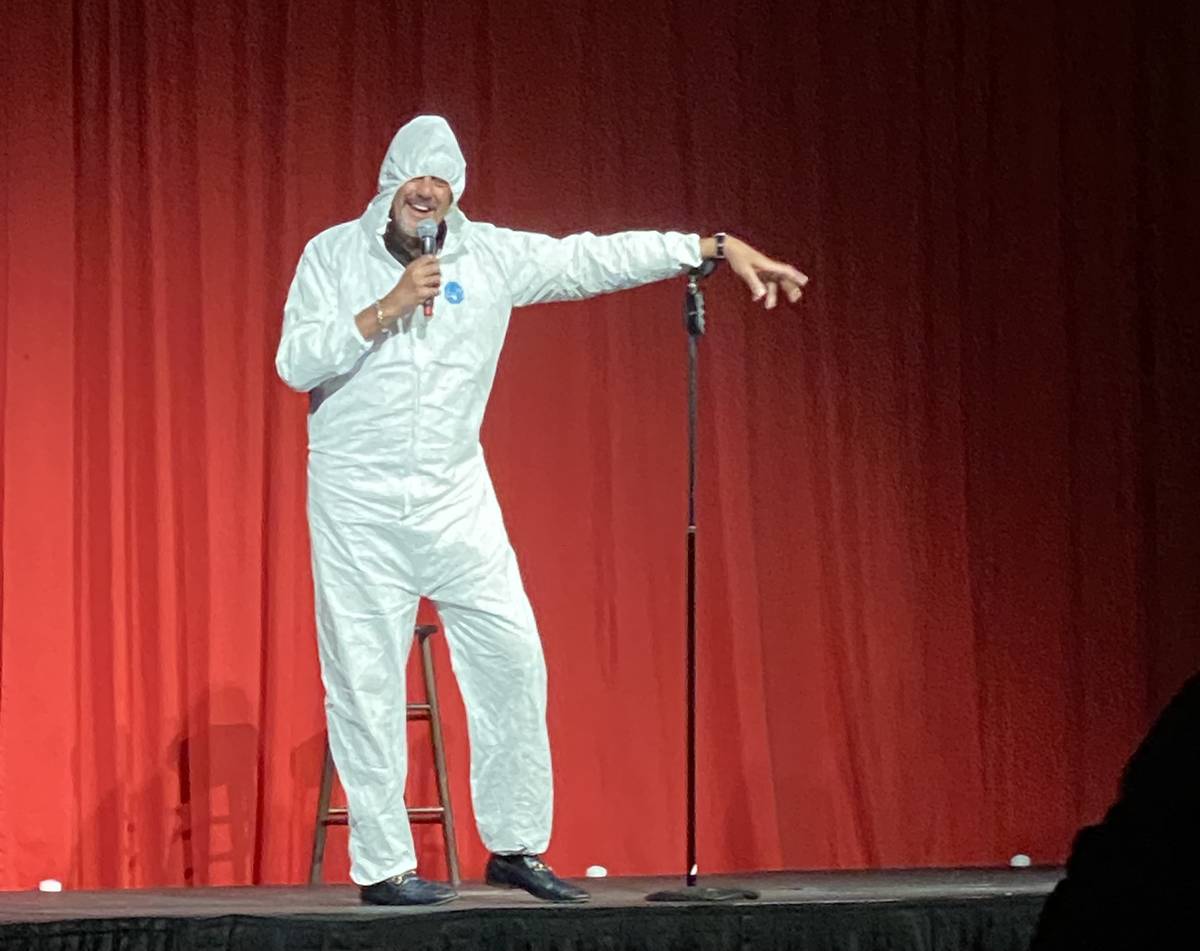 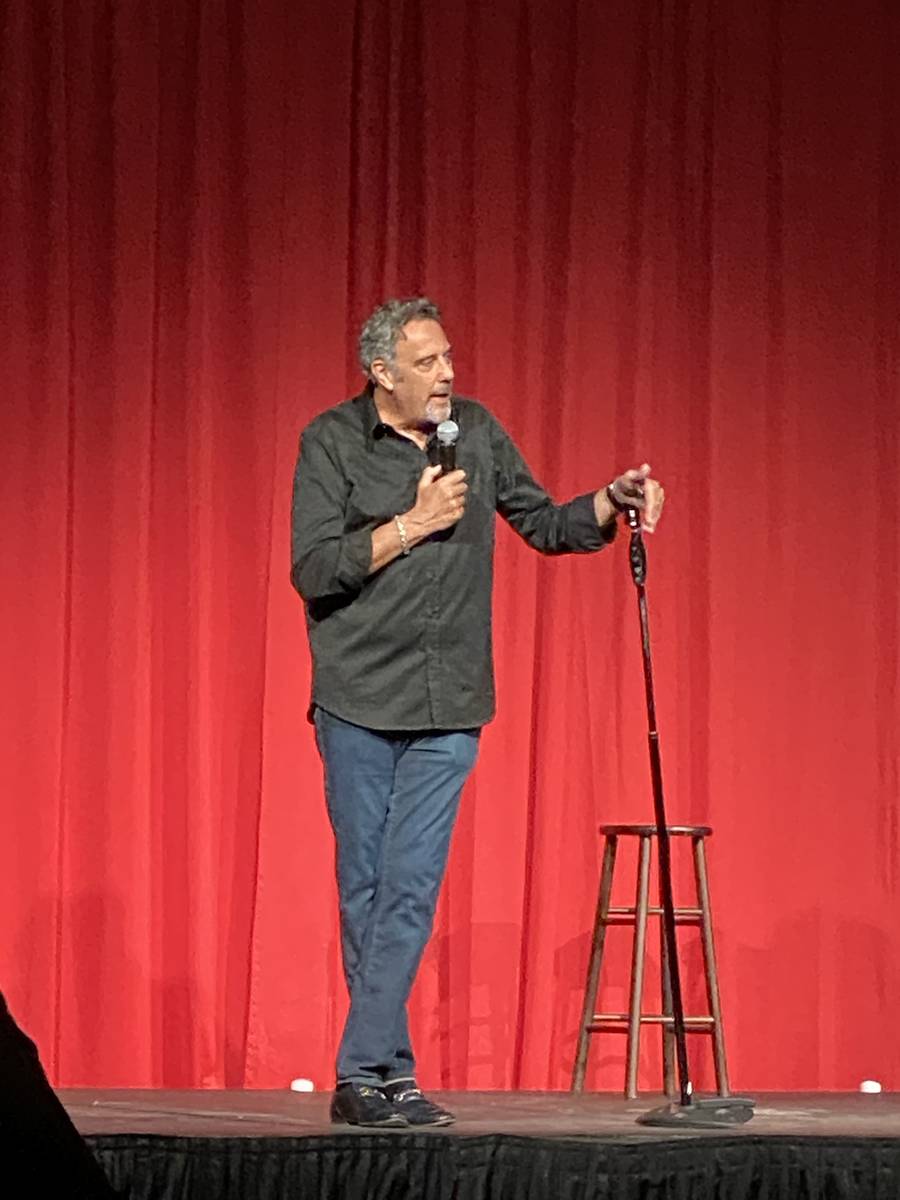 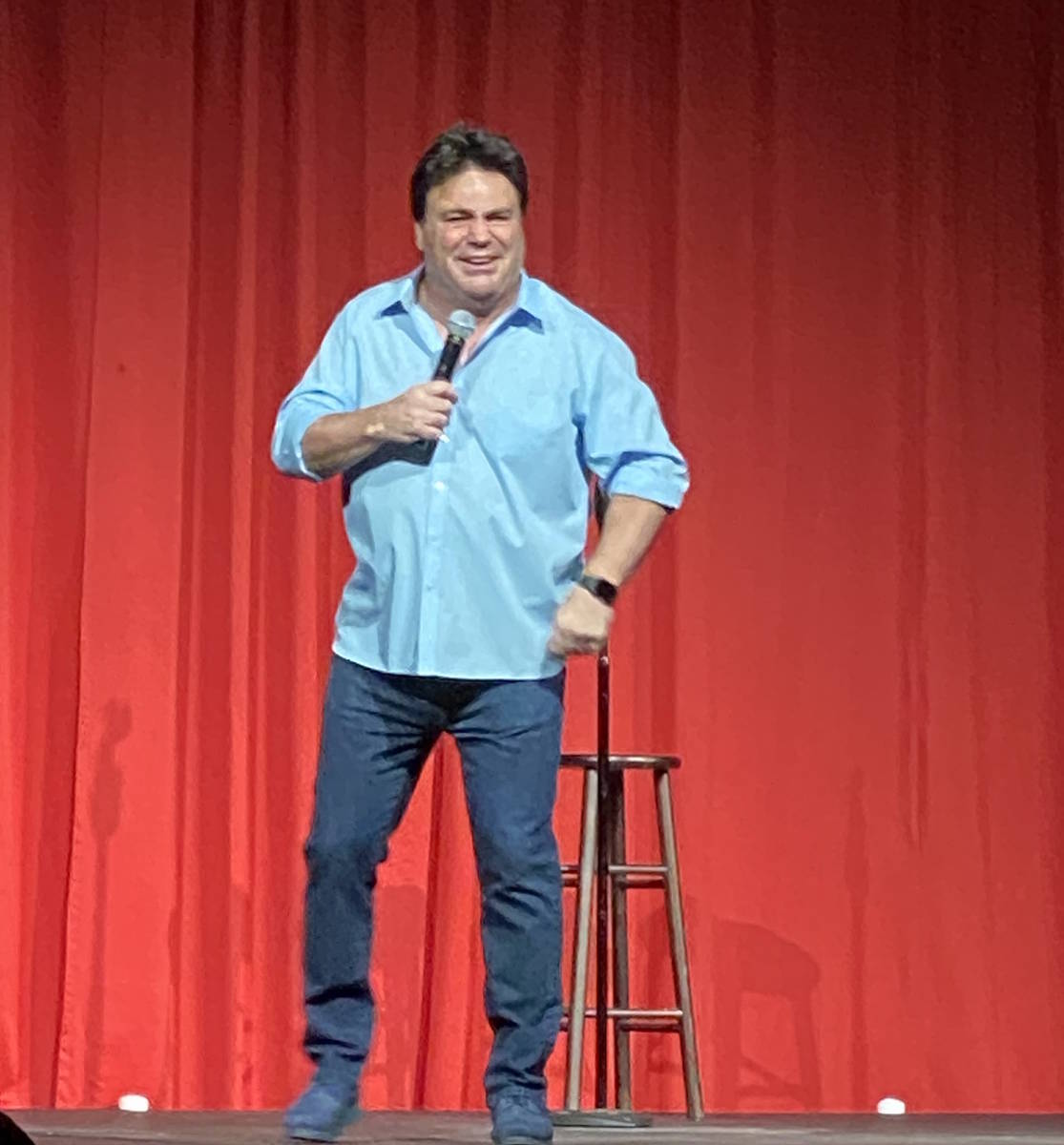 Sam Fedele is shown at the reopening of his Brad Garrett's Comedy Club at Studio A & B at MGM Grand on Friday, Nov. 13, 2020. (John Katsilometes/Las Vegas Review-Journal) @JohnnyKats 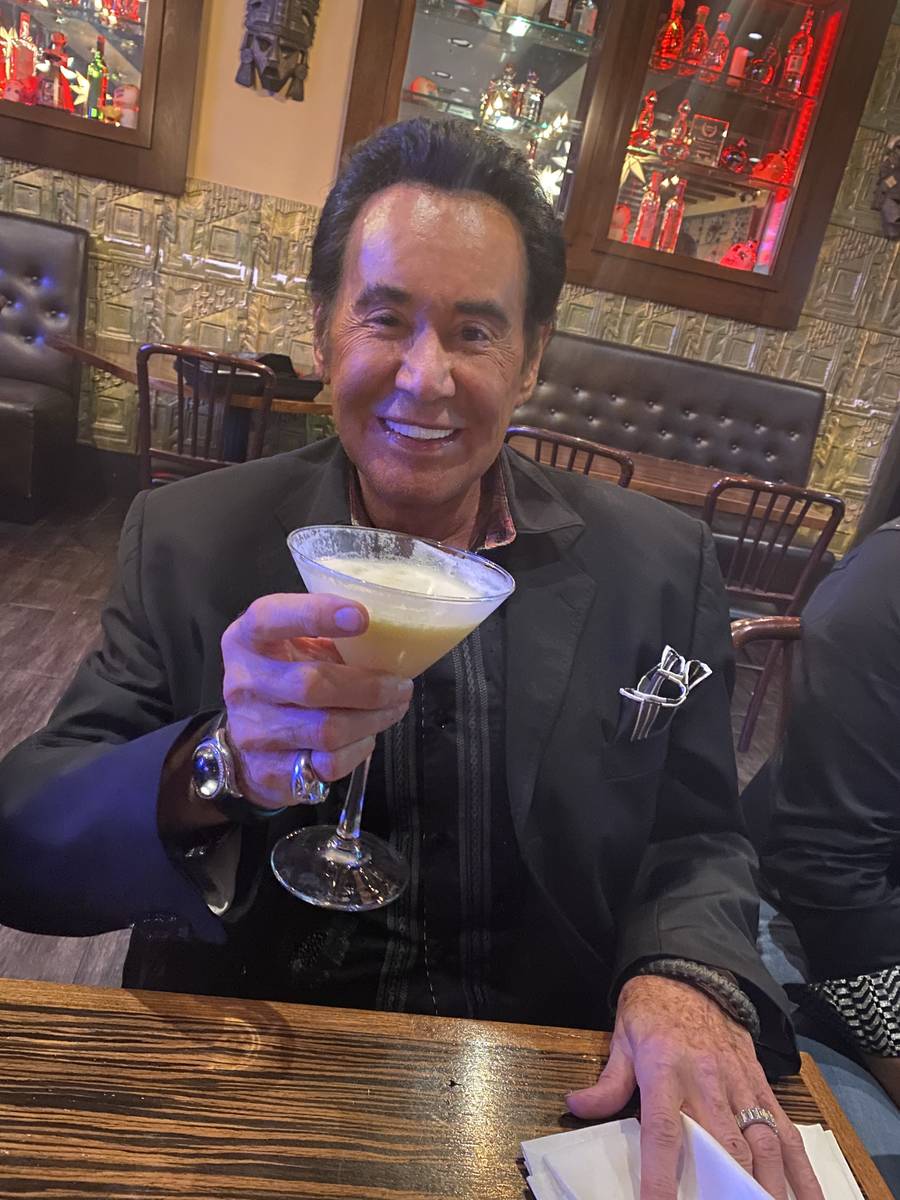 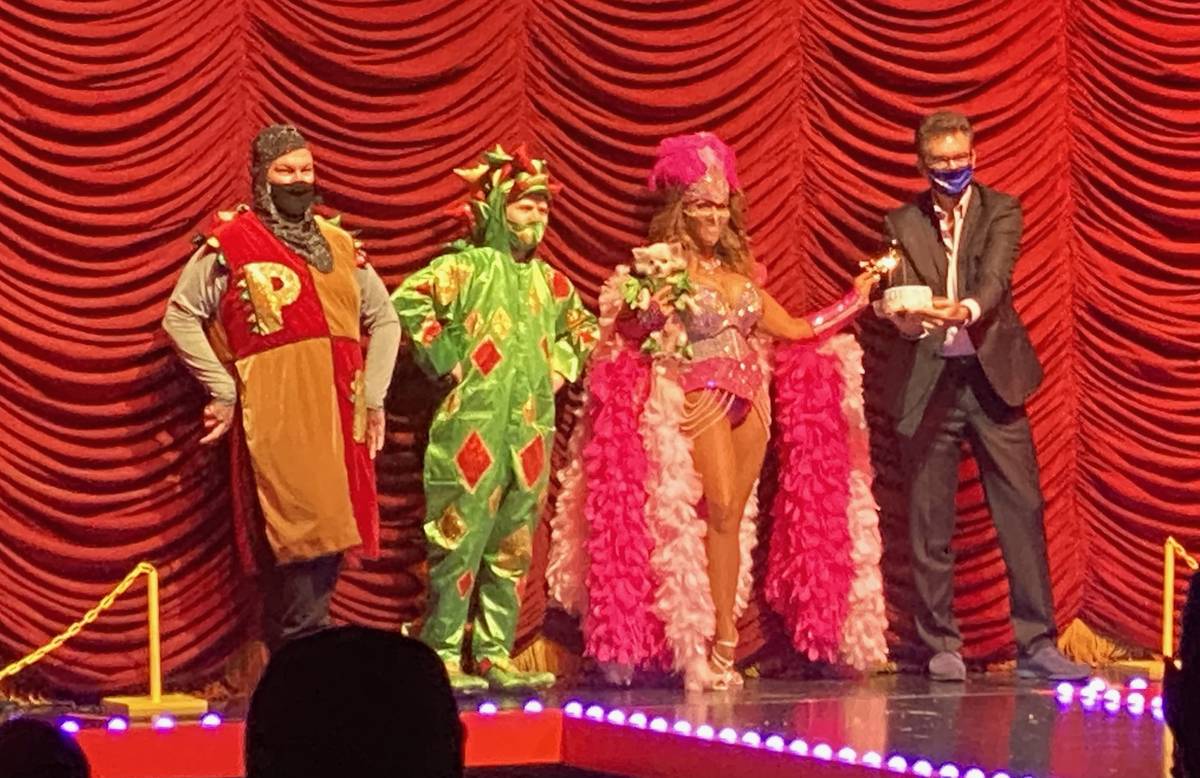 You have this vision of what the Disney company’s human resources department would look like. Big-windowed room, Space Mountain in the background. Mickey at the head of the table, flanked by Minnie and Winnie the Pooh. Cruella de Vil running security. Scrooge McDuck taking up a corner office down the hall.

But Brad Garrett knows it is not that way. He was called into that office once, wrist-slapped by a bonafide HR director after his off-color comments offended a member of the “Single Parents” crew. This was the sitcom that ran for two seasons on ABC from September 2018 through last May.

Those who know Garrett’s act can see how this would happen. He flays all cultures and social demographics with Don Rickles-style precision and range. He commonly explains this is simply his act, which occasionally strays from the stage.

“I was joking around on the set, just kind of doing what I do,” Garrett said during an interview Friday at Brad Garrett’s Comedy Club’s temporary stage at Studio A & B at MGM Grand. The segment coincided with Garrett’s return to the stage, and airs on “PodKats!” this week.

Garrett then, for this friend, slipped into an impersonation of the woman who has done his mani-pedis for 15 years, who happens to be Vietnamese. The comic actor performed an over-the-top impression of how the woman excitedly grabs one of his hands and shows her co-workers how large they are, “Look at the size of this guy’s hands! I should charge double!”

Garrett said one of the younger actors overheard his stereotypical rendition and was offended. He took a call an hour later.

“Now, one of the stars on that show was Taran Killam, who was on ‘Saturday Night Live,’ and he does incredible voices,” Garrett said. “I thought it was Taran. So I said (in Vietnamese accent), ‘Oh, no, he not here! He die! Mr. Garrett dead!’”

Garrett, a headlining comic for 30 years and co-star of the hit series, “Everybody Loves Raymond,” was warned about using offensive language on the set. The exec asked, “Do you you know why you’re here?” and Garrett said, “You probably have a list.”

“She said, ‘You’re the third comic I have seen this week who works on an ABC show, and it’s not their first time,’” Garrett said. “I said, ‘I’m not in this business to offend people. That is the way it’s always gone.’” Garrett held up Dave Chappelle and Bill Burr, two of his favorite comics, as those whose material can offend audiences.

“I just think you should not start censoring art, you just can’t,” Garrett said. “But she said, ‘Just save that (stuff) for the stage.’”

Garrett actually recast the experience as the first scene in an autobiographical pilot he’s pitched to networks, which would include his time in Vegas.

“It was me doing what I do, just a Baby Boomer who feels very lost and doesn’t understand why people can’t have a sense of humor,” Garrett said. “It was rejected. People are so uptight.”

Wayne in the sites

Masked or otherwise, well-wishers descended on Wayne Newton at Thursday’s premiere of “Stealing Chaplin” at Century Suncoast 16 theaters. The wave of folks included Newton’s co-stars in the film, loosely based on the 1977 theft of Chaplin’s body in Switzerland. A guy in a red-sequined jacket and matching jacket arrived to ask for a pic. With Newton, I mean. I was happy to take that photo.

Such entertainers as Murray Sawchuck of Laugh Factory and “Fantasy,” and Dani Elizabeth of “Crazy Girls” (and also Sawchuck’s magic assistant at “Fantasy”); and Chris Phillips of Zowie Bowie arrived on the scene. Brent Barrett has a role in the film, as an ill-fated thug.

Co-producers Simon and Doug Phillips of Dystopian Pictures show off their comic chops as the lead actors in the comedy/suspense/farce, which never explains why Chaplin is buried in Las Vegas. No matter. This film is a fun ride, filled with scenes from Palomino strip club, downtown Las Vegas (especially the Greyhound bus station next to the Plaza), and the outskirts of Boulder City with Vegas in the backdrop. Newton’s own Las Vegas estate is the setting for the graveyard scenes.

Newton appears in a scene at Champagne’s Cafe on Maryland Parkway sipping a Hawaiian Martini and extolling pearls of wisdom about “fish love.” See the movie, which opened Friday, to sort that out. Newton says he has not actually hung out at Champagne’s, founded in 1966, until the filming.

But we did enjoy a late-night confab after the premiere at Eldorado Cantina on Sammy Davis Jr. Drive. Newton ordered that specialty martini and toasted friends, family and a return to the stage, whenever might be.

Brandon Godfrey and Sean Stewart of NPerson, an offshoot of the Soul of Motown act at Westgate Las Vegas, are booked solid Friday. The couple are to be married in the afternoon, then perform from 7 p.m.-11 p.m. at International Bar, where they’ve always received a great (pause) reception (ba-dum-bum!).

Rock around the clocks

And, Bronx Wanderers founderAdinolfi has joined Bucky Heard of the Righteous Brothers and Vegas showman Jonny Bird in Triple Threat, which has been playing Fridays at Las Vegas Red Palms Mediterranean restaurant next to Mosaic on the Strip.

How is your day going? Mine is great, Mark Hamill just retweeted my "Trump: Non Concession Speech!" video. This is yuuuuge! Thanks @HamillHimself https://t.co/jhEAp7nqi5

John Di Domenico posted a Donald Trump non-concession speech on his YouTube channel Nov. 7. Di Domenico promised a “rain of lawsuits” to fight the election results, and re-posted the clip to Twitter.

On Saturday, “Star Wars” legend Mark Hamill re-tweeted Di Domenico’s clip, with the message, “Since he will never admit he lost, we will never get to hear a concession speech. Many thanks to John Di Domenico for providing an approximation of what it might sound like.” Di Domenico responded, “This is yuuuuge! Thanks!”

When Jonathan Jossel and Tamarus Group sold Las Vegas Club to Derek and Greg Stevens to knock down and build Circa, Jossel’s company maintained the Las Vegas Club name and brand. Jossel says renaming something Las Vegas Club remains an option, though it’s not the best title for search engines. Entering “Las Vegas Club” gets you a lotta Las Vegas clubs, but not the specific Las Vegas Club. But still, the company holds the name. Maybe we can slap it on a live-entertainment venue someday.

Piff the Magic Dragon’s chihuahua sidekick, Mr. Piffles, turned 13 on Friday the 13th. Piff says the comic canine “does nothing,” but he does have great timing. Yours truly was honored to join Showgirl Jade Simone, the Squire Brett Alters and comic/writer/podcast host Matt Donnelly (The King with the King Cam) in an onstage cake presentation. Piffles’ PR agency is expected to release a statement this week about the honor.