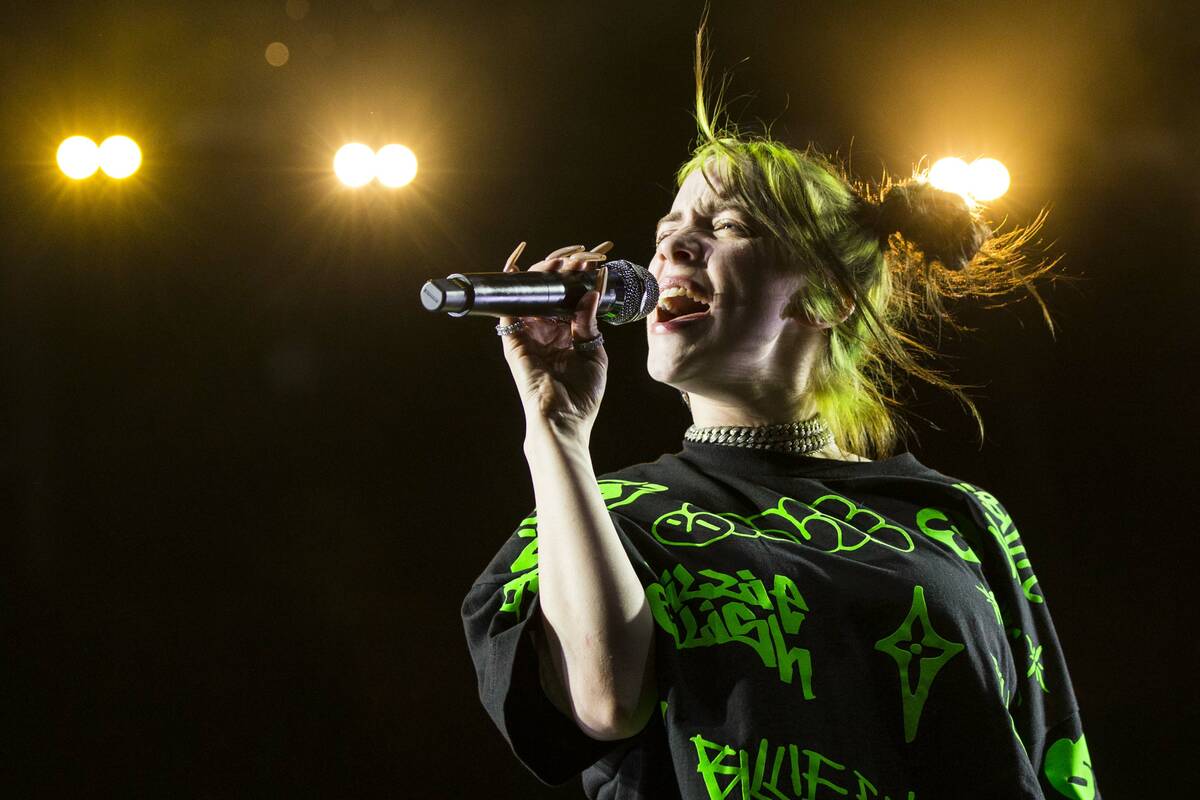 Billie Eilish performs at the downtown stage during the first day of the Life is Beautiful festival in downtown Las Vegas on Friday, Sept. 20, 2019. (Chase Stevens/Las Vegas Review-Journal) @csstevensphoto 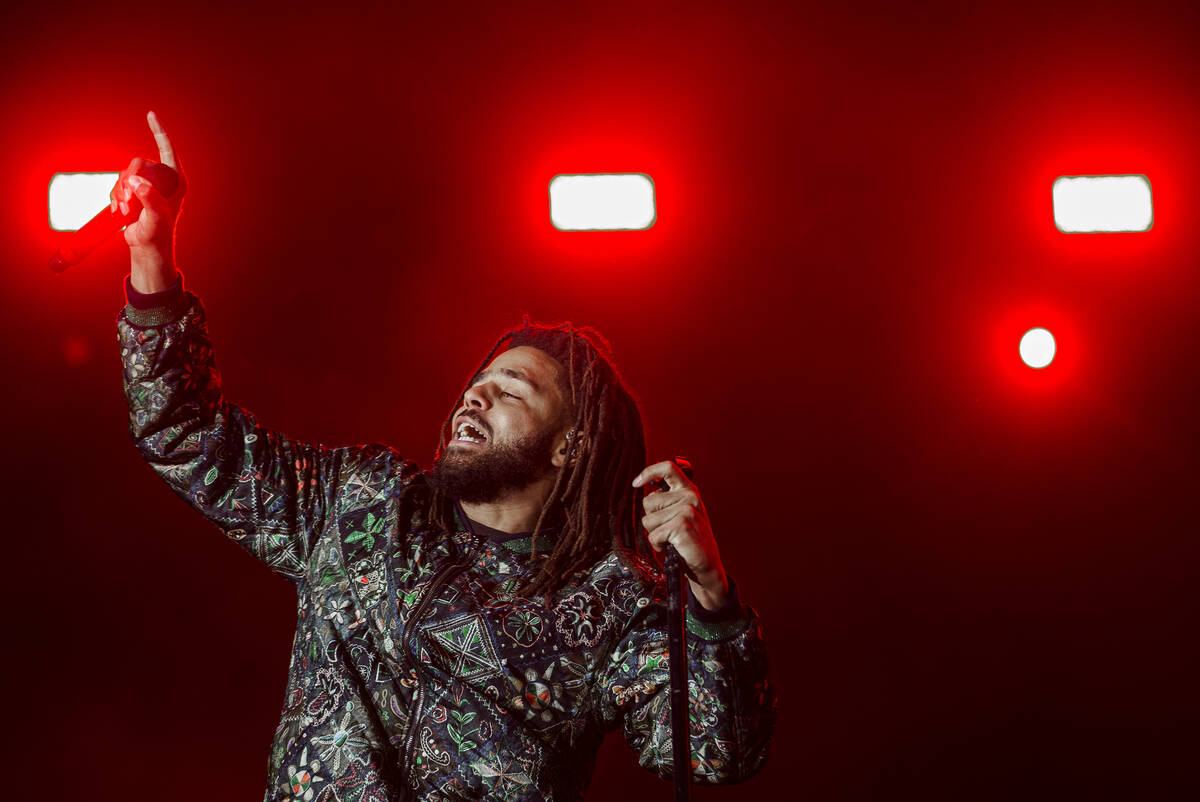 J. Cole performs at the Day N Vegas music festival on Friday, Nov. 1, 2019, at the Las Vegas Festival Grounds. He'll be back on stage in Las Vegas this weekend for the iHeart Radio Music Fest. (Benjamin Hager/Las Vegas Review-Journal) @benjaminhphoto 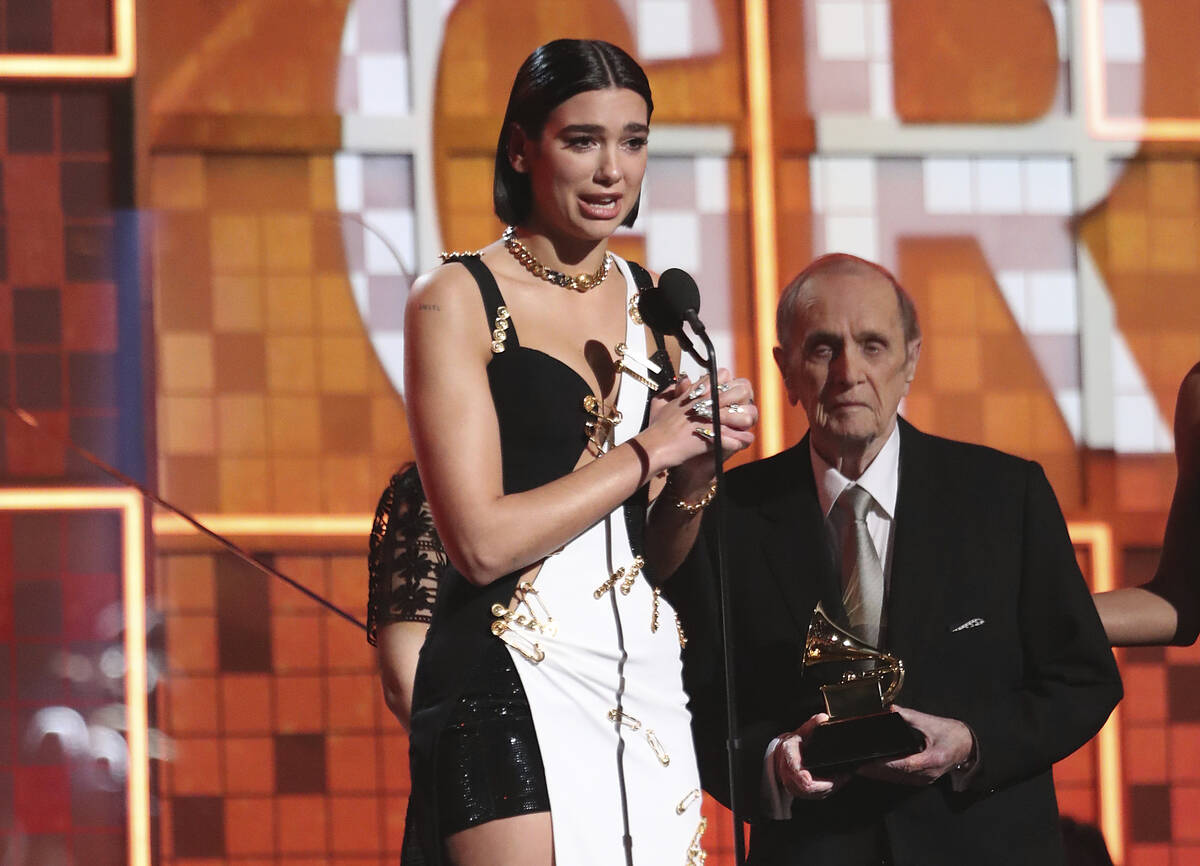 Dua Lipa accepts the award for best new artist at the 61st annual Grammy Awards on Sunday, Feb. 10, 2019, in Los Angeles. Looking on at right is presenter Bob Newhart. (Photo by Matt Sayles/Invision/AP) 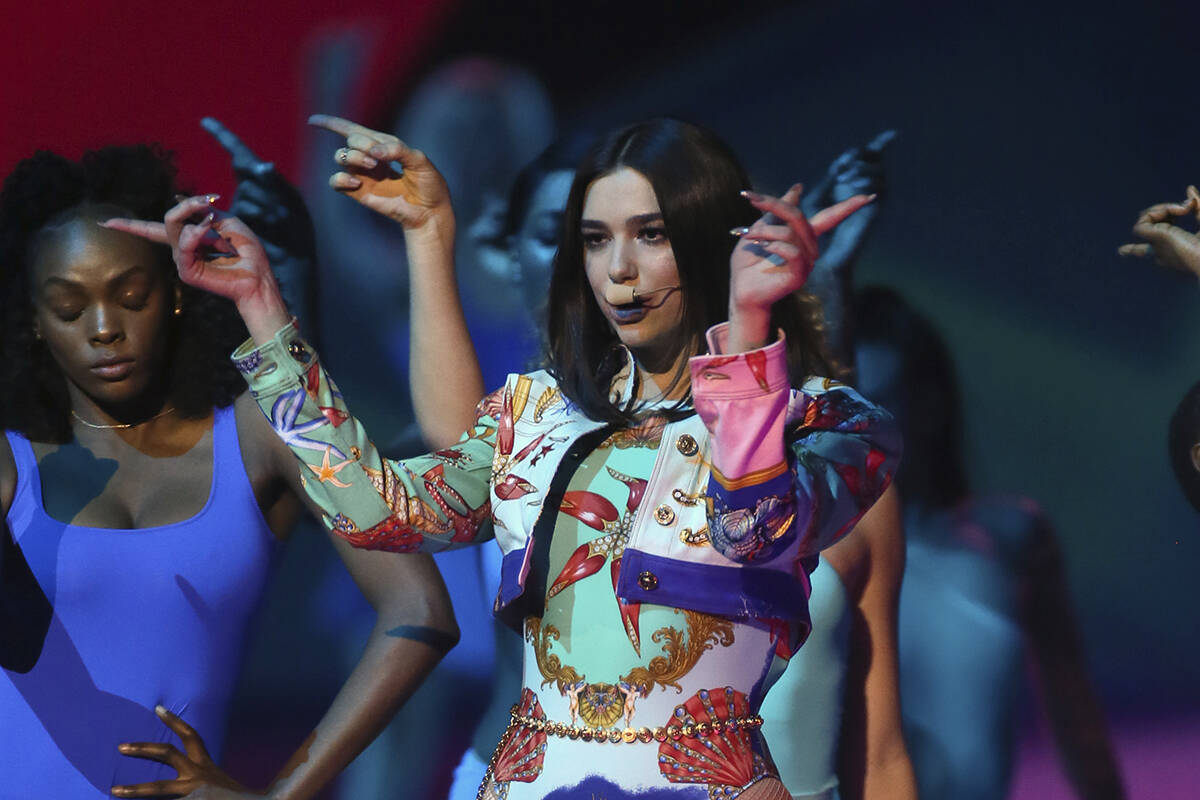 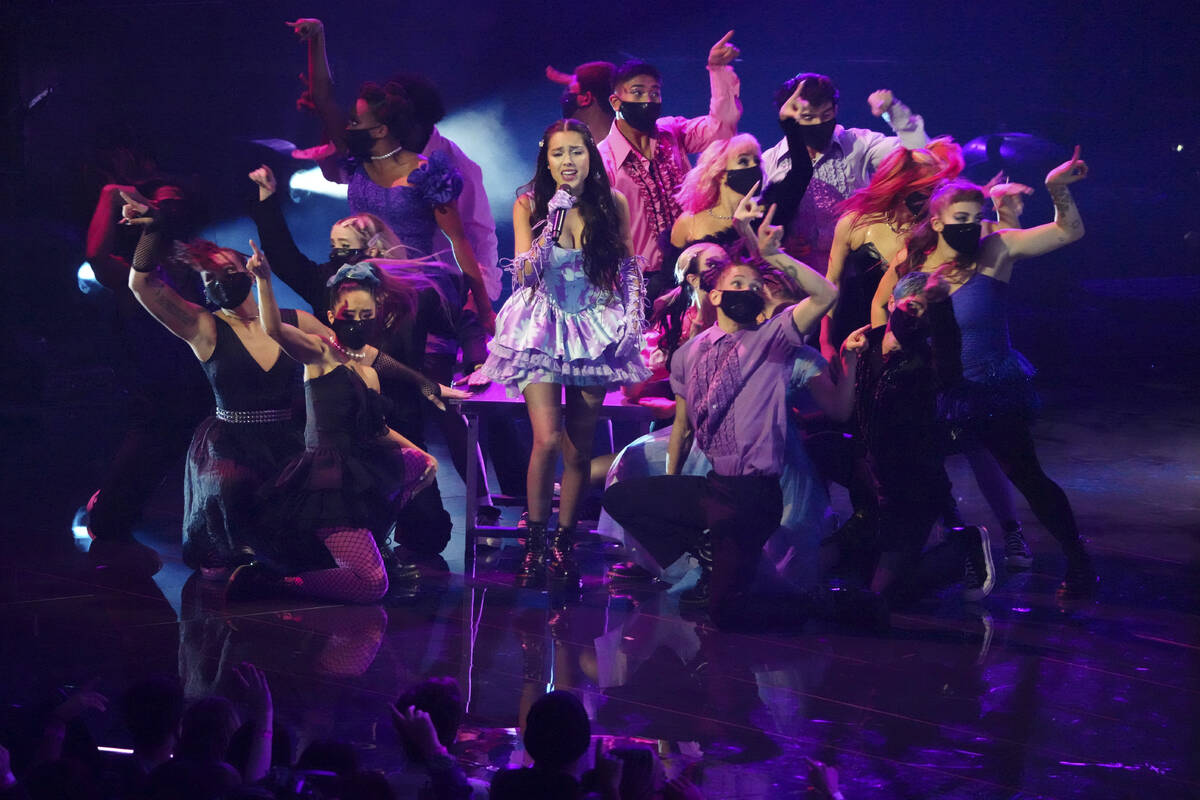 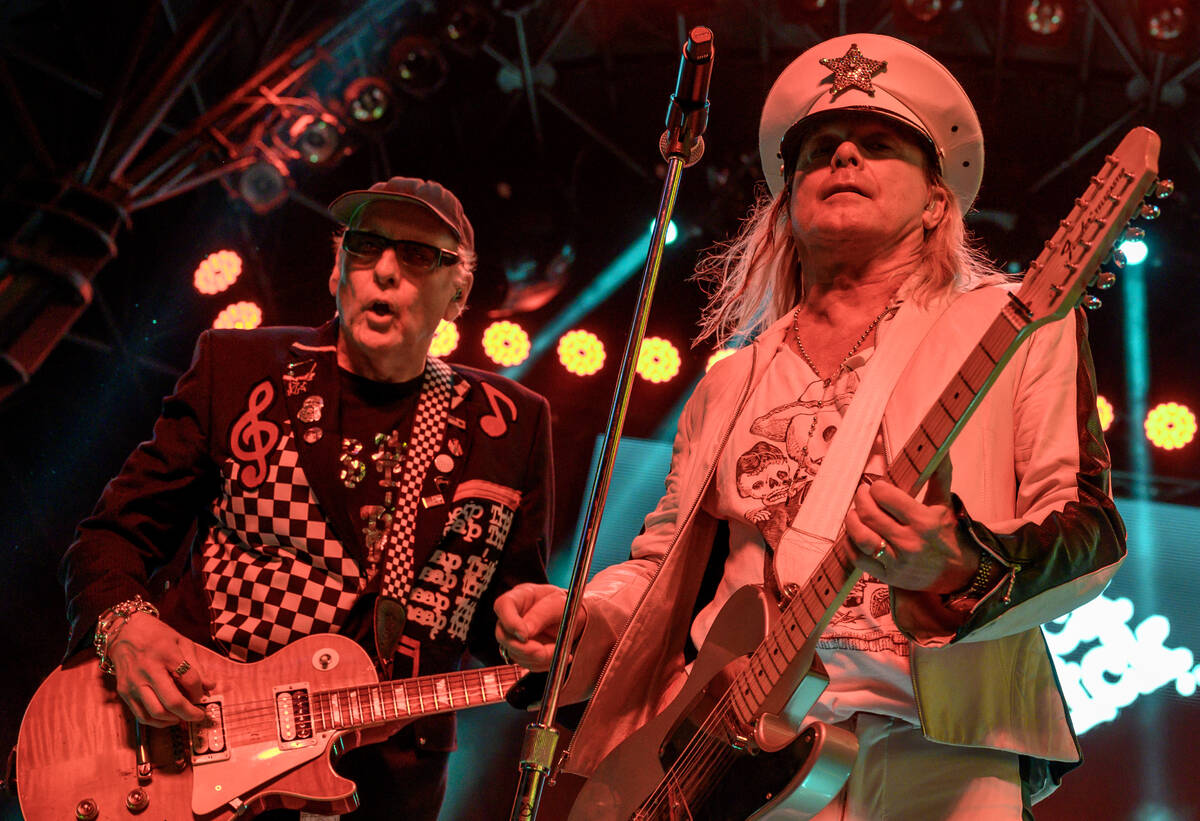 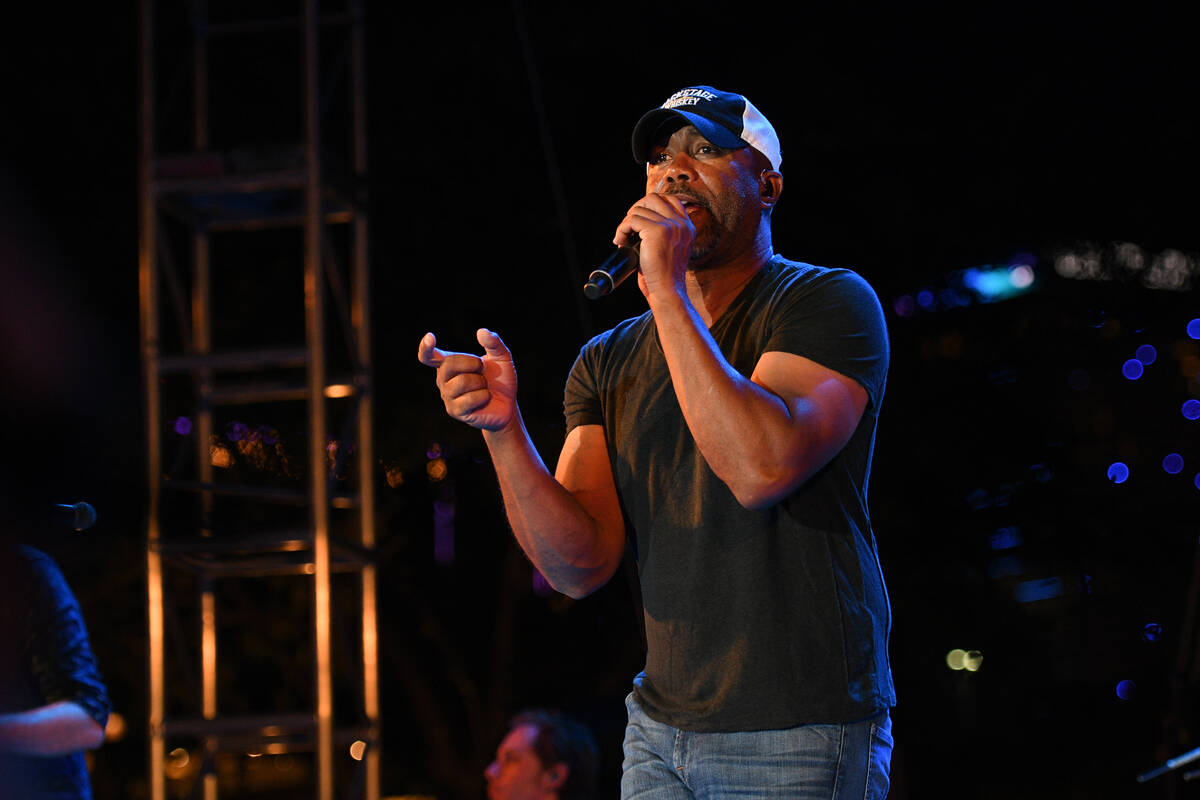 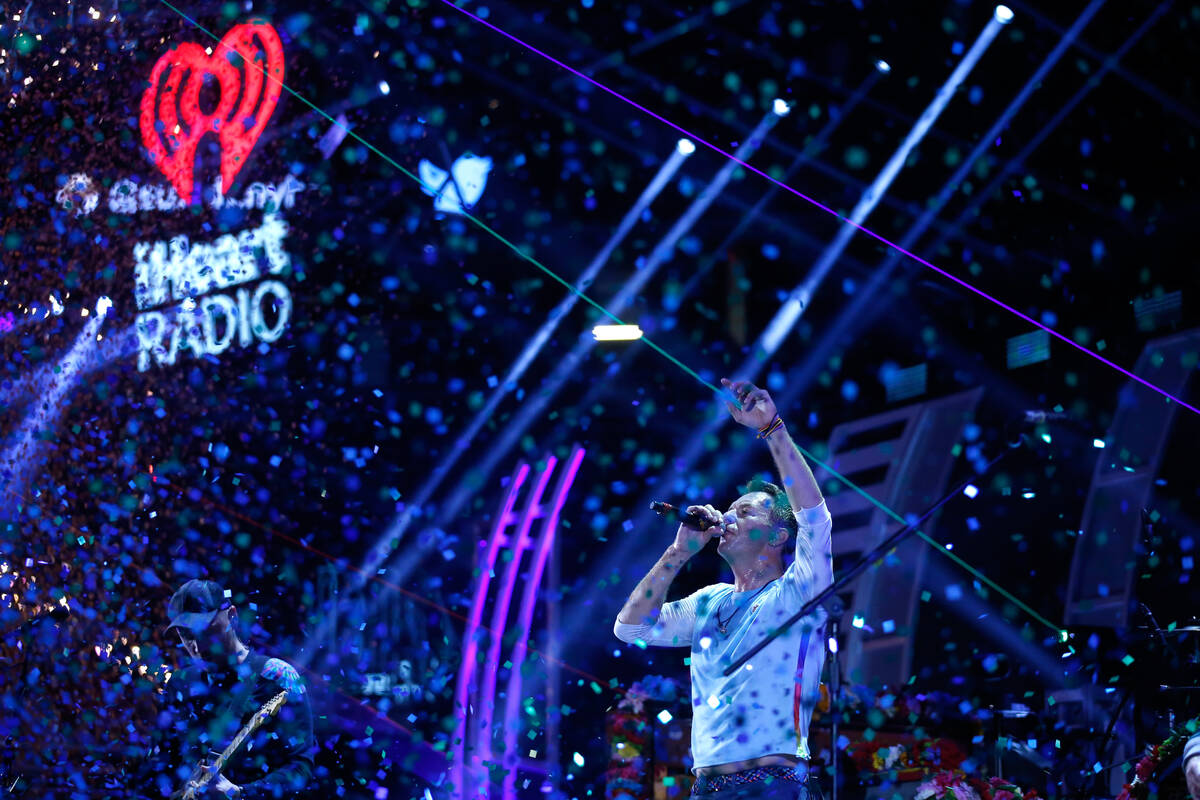 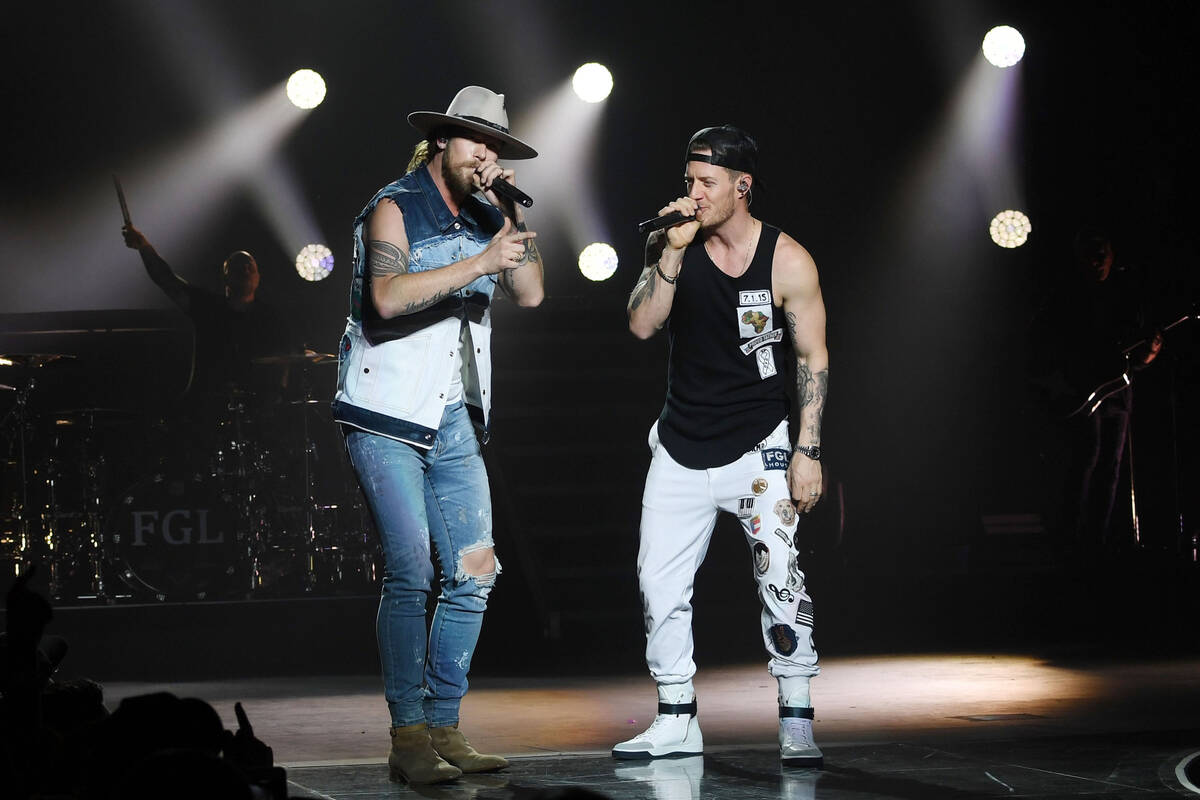 The iHeartMedia audio entertainment empire boasts that it reaches nine of 10 Americans every month. For one weekend, the radio conglomerate spans the country with its annual weekend musical burst, iHeartRadio Music Festival.

The iHeart shows run Friday and Saturday nights at T-Mobile Arena, with Saturday’s Daytime Stage set for the first time at The Grounds at Area15.

Fans can catch the T-Mobile shows, too, on the CW App and at CWTV.com. The CW Network will also broadcast a two-night highlight package from 8-10 p.m. Oct. 2 and Oct. 3. Doors for Daytime Stage at Area15 open at 10 a.m., with streaming available on LiveXLive.com and LiveXLive’s app.

Tickets to all three performances are still available at Axs.com.

Saturday night, Billie Eilish, Coldplay, Journey, Khalid and Lil Baby head the star-studded roster. As she did in 2019, Eilish is also headlining the Life is Beautiful event during iHeart. She performs at 11 p.m. Sunday on the Downtown Stage. Journey is set for a six-show December headlining run at The Theater at Virgin Hotels Las Vegas.

The iHeartRadio Music Festival has made Vegas its home for a decade. The event was held at MGM Grand Garden arena from 2011-2015, moving to T-Mobile just after the venue opened in 2016. The Daytime Stage was held at Las Vegas Village from 2013-2017, before moving to Las Vegas Festival Grounds in 2018-2019.

COVID knocked out the 2020 live festival. All performances were held virtually for streaming on The CW and The CW app. The Daytime Stage, too, was canceled.